Texas, San Antonio, Pearl; a mixed-use culture and culinary destination with history that dates back to 1883 — a revitalised ‘neighbourhood’ built on the heritage of the State’s largest brewery. Green spaces, events, a farmers market, retail outlets and a series of chef-led eateries comprise Pearl; its latest addition the jewel in its crown. 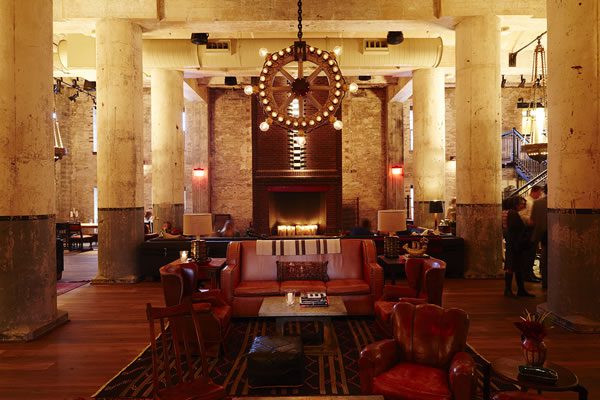 Hotel Emma takes its name from Emma Koehler, wife of the brewery’s founder Otto, a figure central to the site’s history having led it through Prohibition and beyond, and is very much a destination in itself. Renowned designers Roman and Williams have Roman and Williamsed the place; applying their experience in Hollywood production design to a degree above and beyond their previous spaces (think Chicago Athletic Association; Viceroy New York; Freehand Chicago). Drawing on the rich history of the city — the infamous Battle of the Alamo played out here in 1836 — the in-demand design duo offer a theatrical vision of deep-rooted Americana, the old brewery’s early industrial features reimagined, repurposed, reinvigorated.

As a central anchor to the Pearl space, food and drink is inevitably of importance here at Emma — there’s even a ‘culinary concierge’. Locally-sourced gourmet market Larder; bar and clubroom Sternewirth with its cocktails, craft beers and wines; and unpretentious American bistro Supper are the trident of honest rootin’-tootin’ foodie destinations led by chef John Brand. Big, bold and drenched in drama, Hotel Emma is a brew to savour. 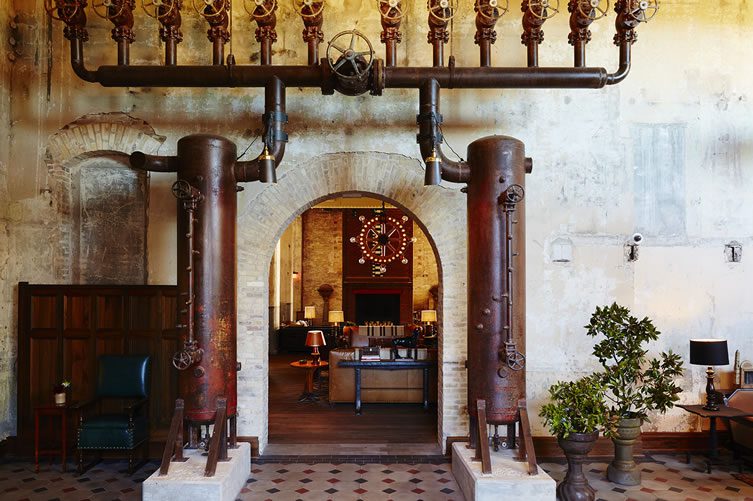 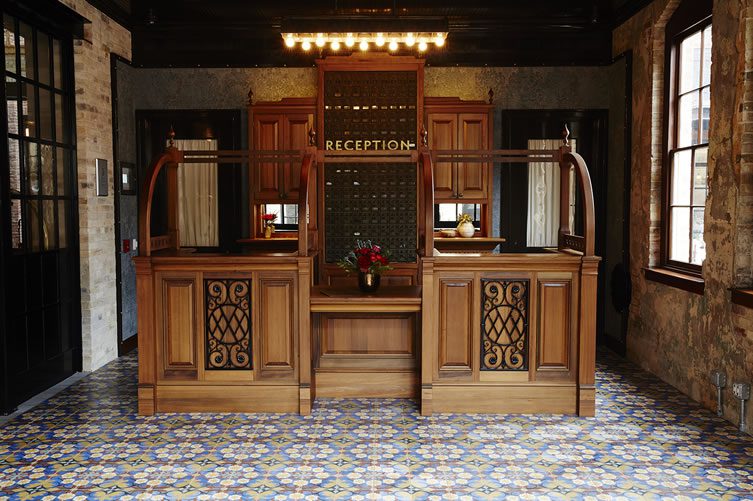 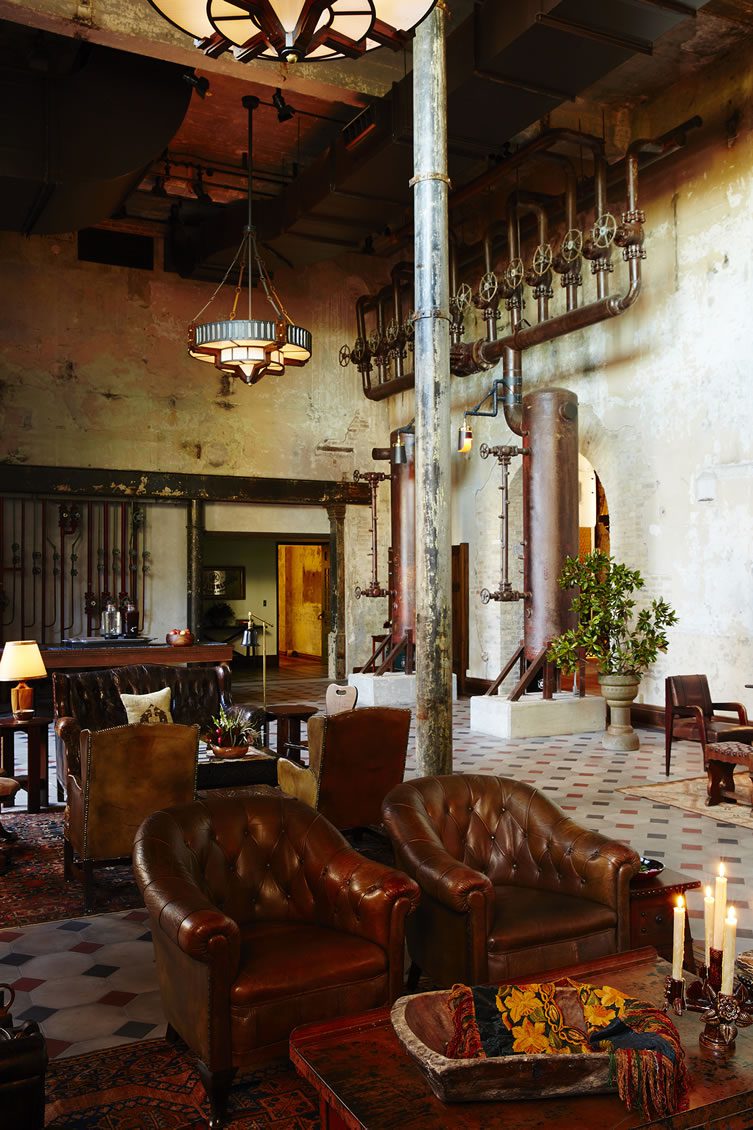 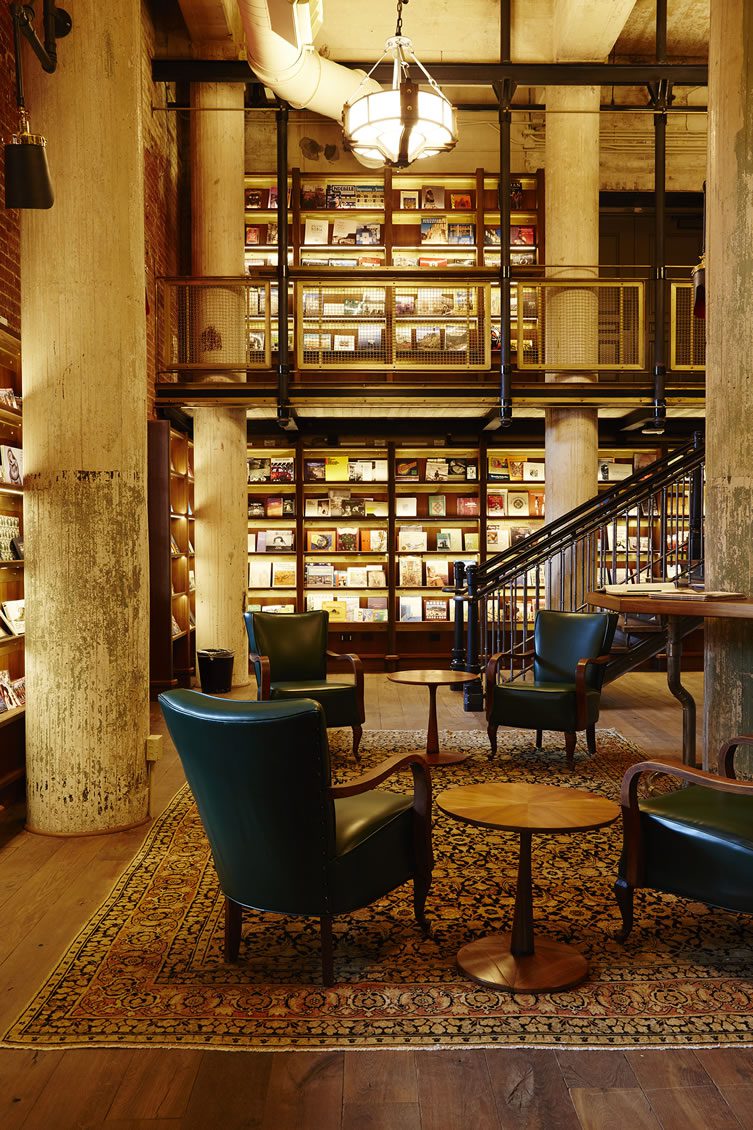 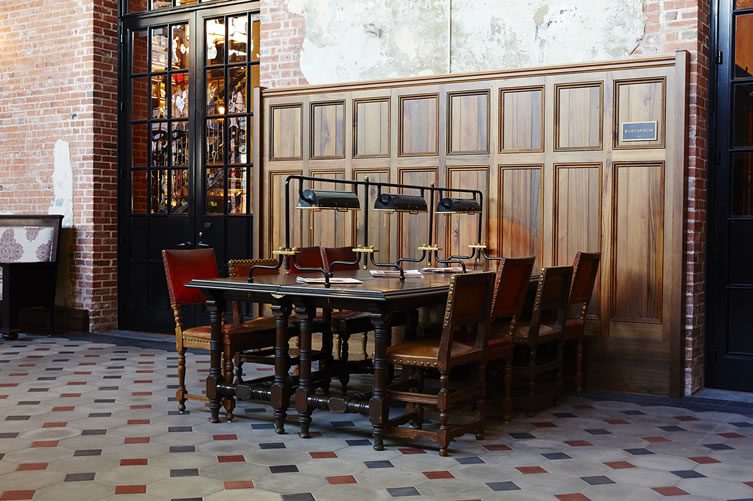 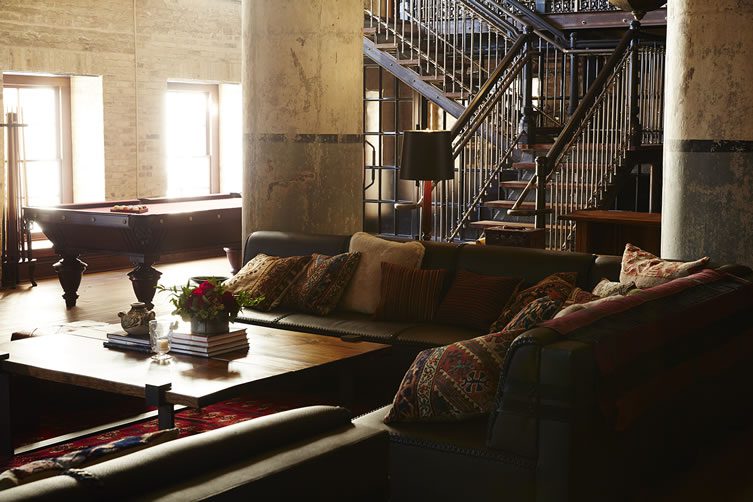 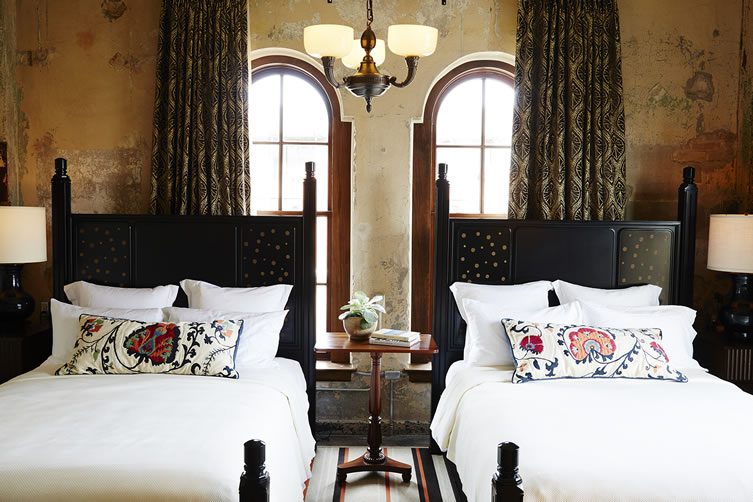 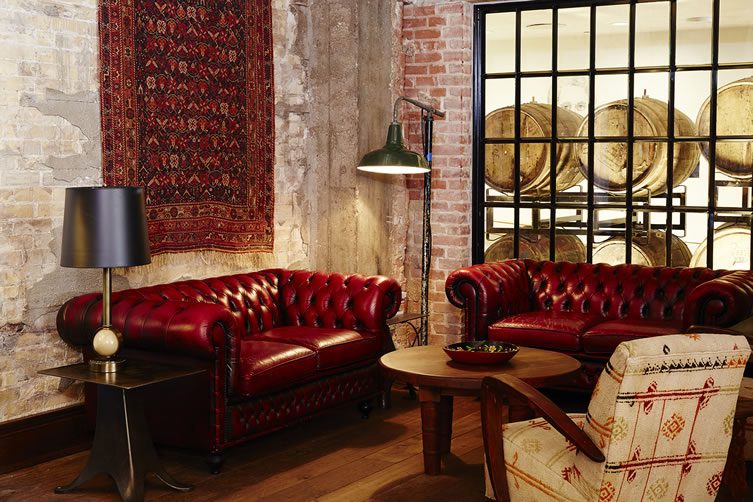 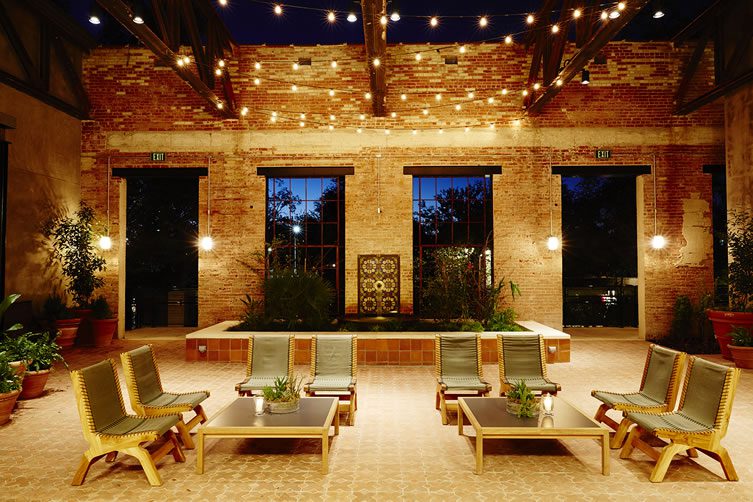 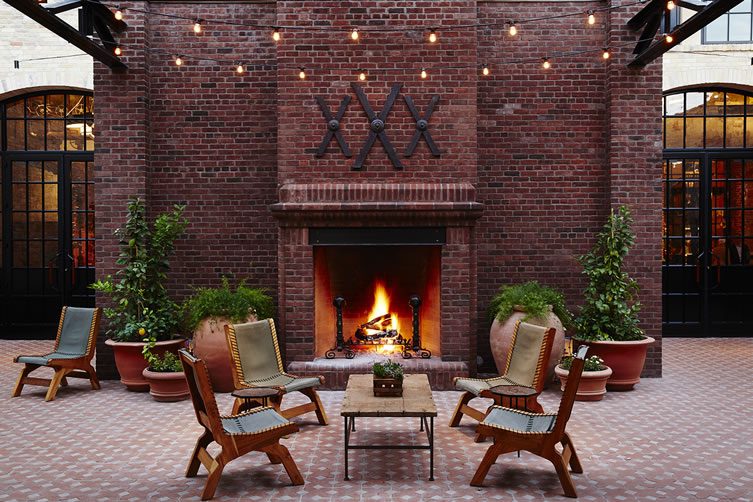 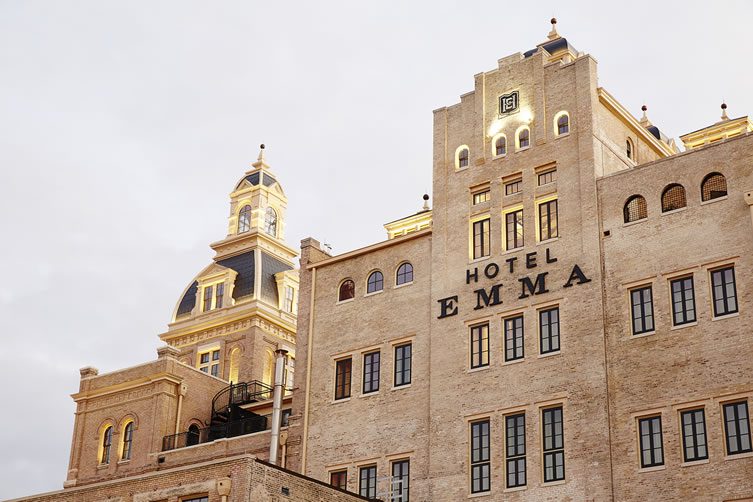 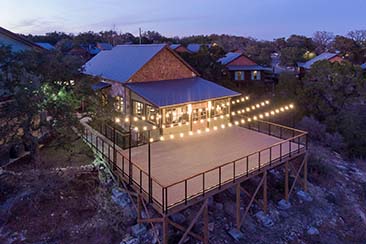 Let yourself be seduced by the old Americana charm and natural beauty at quintessential Texan ranch resort, Camp Lucy...

Camp Lucy may've been knocking around for a while, but with its rustic charm, guided experiences and activities, American nouveau restaurant Tillie’s, and general resort vibes, we can't help but wax lyrical and be seduced by its old Americana... 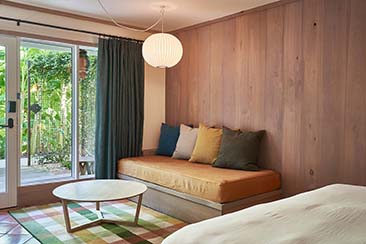 With a history dating back to 1861, Texas's Shady Villa Hotel reclaims its roots through the lens of a modern hospitality experience...

Austin-based hospitality gurus, the Bunkhouse Group, alongside architectural firm Clayton Korte, have reformed a historic inn in the Texan town of Salado; transforming the former Stagecoach Inn into the Shady Villa Hotel. Taking its name back to the...

An 1880s-era hotel has been transformed into a contemporary boutique destination in the remote but mythical West Texas town of Marfa, which is riding high on its curious but significant art scene; from Donald Judd moving here from New York in 1973...

Texas, San Antonio, Pearl; a mixed-use culture and culinary destination with history that dates back to 1883 — a revitalised 'neighbourhood' built on the heritage of the State's largest brewery. Green spaces, events, a farmers market, retail...