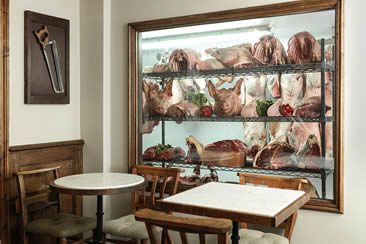 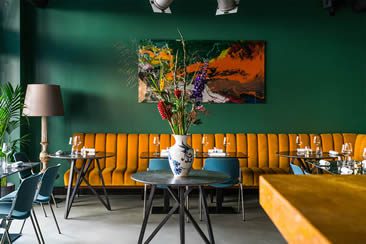 To The Bone, Mitte

Taking inspiration from regional cuisines and the aperitivo culture of northern Italy, Berlin's sleekly-designed newcomer To The Bone focusses heavily upon traditional dishes and robust flavours; with a contemporary twist. The latest...

Located within the former Grade II-listed ticket office that made up Peckham Rye’s train station in the 1930s, Coal​ ​Rooms is a new eatery from the guys behind Old Spike Roastery, Spike + Earl, Aside, and the coffee-based charity Change​... 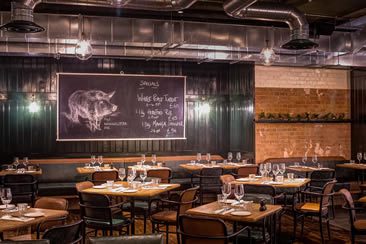 Starting out as a food truck on London's Southbank just five years ago, Tom Adams and Jamie Berger's Pitt Cue Co. had had a meteoric rise, finding itself at its latest incarnation in East London earlier on this year; following the doors closing on... 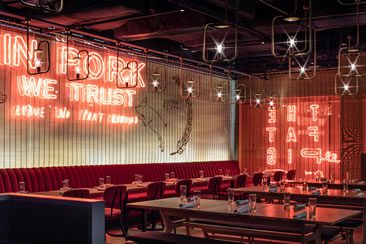 I'm not entirely abreast of cultural conventions in Hong Kong, but if someone asked me out to this new Causeway Bay restaurant, they might be in for a slap. Tom Aikens should know better. The reputed British chef, who trained alongside Pierre... 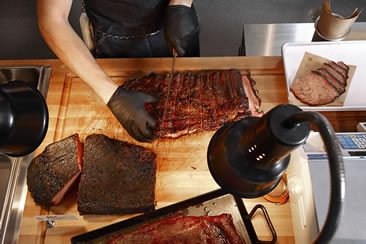 There's never been a worse time to be edible livestock in America, as the country continues its exploding love affair with barbecue. Los Angeles is very much part of the BBQ landscape, which now stretches to both coasts after spreading its delicious... 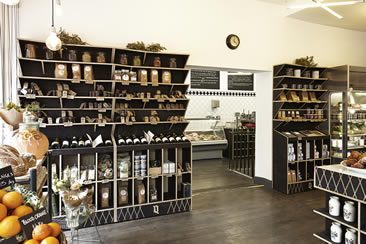 The restaurant and wine bar part of this business in Farringdon has proven such a success that the owners took the opportunity to snap up the adjoining property and expand the scope of operations. Renowned for its quality meat dishes, the... 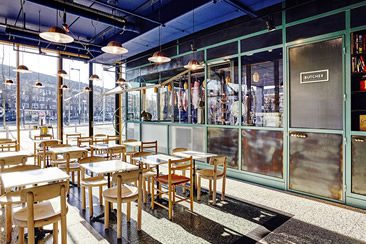 So. Much. Meat. I've got a terminal case of the meat sweats just looking at The Roast Room, and what a wonderful way to go. A must for any self-respecting carnivore visiting Amsterdam, this two-tier festival of fleshy delight comes to us from the... 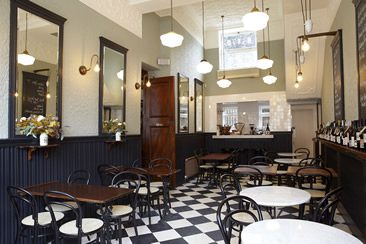 The Quality Chop House is a curious amalgamation of dining room, wine bar, butcher's and shop just around the corner from Exmouth Market. A range of British meats and daily provisions are sold next door, while the hospitality aspects... 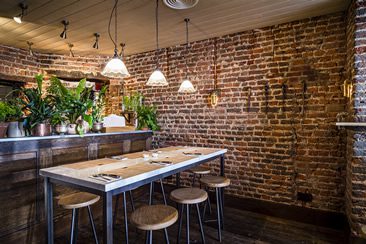 Soho was quick to embrace the original Flat Iron steakhouse on Beak Street, and with lunch crowds becoming overwhelming, a second restaurant nearby was the obvious next move. Over on Denmark Street we find Flat Iron mark II, named after the same cut... 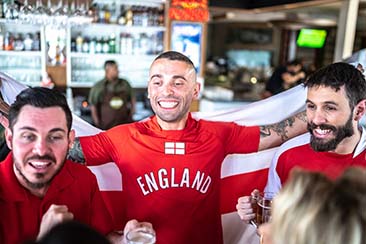 The World Cup is in full swing, and as such, the fun and games are just beginning. Mr Play Sport has launched an exclusive World Cup predictor where if you correctly guess the winner of upcoming fixtures, you can bag yourself cashback on all... 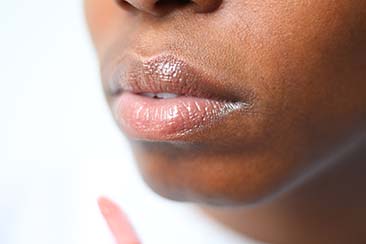 Getting naturally fuller lips has never been easier, even without fillers. Here's the best ways to achieve larger but natural lips...

Do you ever feel like your lips are too small? Even if they're not small, many people yearn to get fuller-looking lips. If you want to make them appear larger but don't want to go through surgery or use injections, keep reading this post. Here, we... 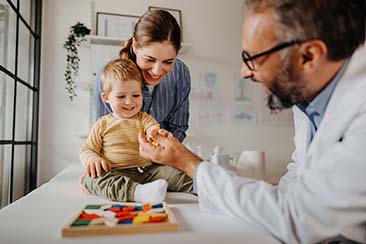 Informed healthcare professionals are better equipped to provide quality patient care. Here's 20 reasons to stay ahead of the curve... 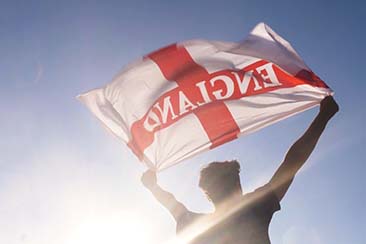 It's here, and it's weird. The Winter World Cup is upon us, and England vs USA is shaping up to be a barnstormer, even if it is a bit odd to be watching a World Cup in the freezing cold. We've put together a betting guide that's been vetted and...