“Inspiration without action is bullshit.”

Just five of countless inspirational words American artist/designer/life-coach/motivational-speaker James Victore slung together over the course of his OFFF 2018 talk. They are perhaps his five most powerful. “Don’t come to OFFF and stay the same,” he bellowed, “leave OFFF changed.” It’s all well and good basking in the rousing enthusiasm of a series of leading creatives, hanging on their words, gazing in awe at their work and laughing at their jokes, but when the dust settles on another festival of raw creativity, what you take away from it is up to you. 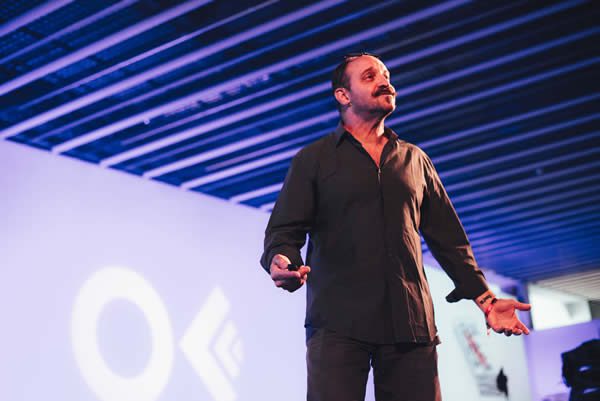 The one and only, the inimitable James Victore: “Don’t come to OFFF and stay the same, leave OFFF changed.”

Victore also enlightened his adoring public with the secret of life: “everybody’s making shit up”. Which is to say there is no secret to life. And it’s a common theme across many of the creatives inspiring OFFF-goers with their stories, their experiences and motivations. It’s also the most stimulating revelation of all, and it’s what should empower you to take action with your inspiration. If everybody is making shit up, so can you.

From motion designer Christoffer Bjerre sharing the pain of creative block that consumed his three-years-in-the-making self-initiated project, VOID—a homage to his influences, from 2001: A Space Odyssey to the architecture of Zaha Hadid—to Jordy van den Nieuwendijk’s endearingly personal revelations of a long search for a style that meant something to him, speakers at OFFF 2018 lit the path Mr Victore urges us to follow. Action. Bjerre and van den Nieuwendijk didn’t need a commission to turn their inspiration into art, they didn’t sit and wait for action to sprout legs and get to work itself, they got busy; got to work and created for nobody other than themselves. 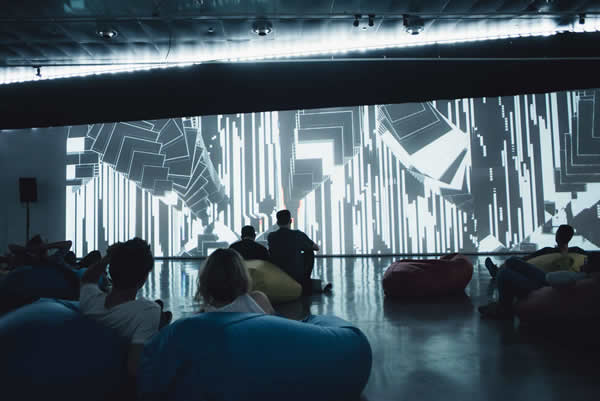 Victore rightly pointed out that the same can be said per contra: that action without inspiration is equally futile. Get it right, though, and OFFF’s creatives lead a way to the good life. There was Mexican artist and typographer Ricardo Gonzalez embracing his ‘handle’, It’s a Living—“one of the best things in life is to do love what you do for a living”—and Russian ‘Calligrafuturist’ Pokras Lampas staying true to his art; whether its working for Lamborghini or FENDI, creating large-scale public installations, throwing up graffiti, or collaborating with a bank … “it is all art.” Design heavyweight Stefan Sagmeister delineating the importance of happiness.

With Joshua Davis’s secret room installation, V01D; Musketon‘s live illustration wall; traditional sign painter Ash Willerton creating a unique piece during the weekend; and the usual market place, beers, and street food—and queues (Open Room, I’m looking at you)—OFFF’s coming together of global creatives is as important to many of its attendees as wedding anniversaries or Christmas. It’s the date in the diary. But it’s what happens on the Sunday after that’s most important. What happens when you fire up your Mac on Monday morning. “Inspiration without action is bullshit.” OFFF is nothing if you don’t leave changed.

Thing is, the Barcelona festival packs so much inspiration into its three days that change is unavoidable. It places you onto a predestined path to betterment. Personal and professional. The talent it draws provides an inspiration overload that guarantees you feel different, act different. OFFF is action. Embrace the change. 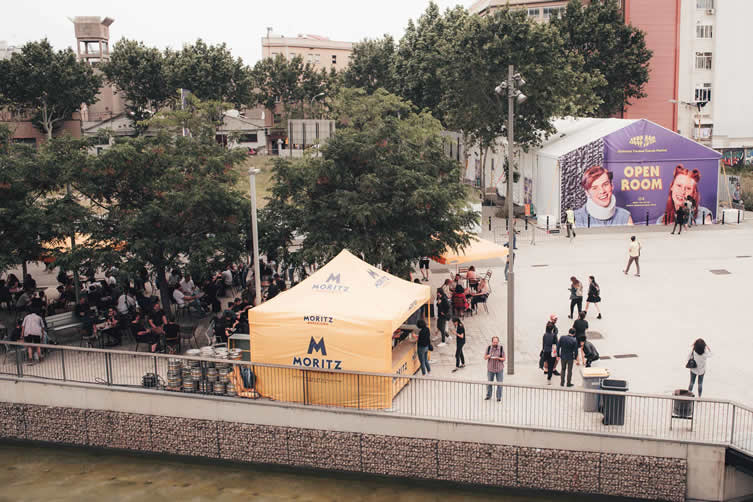 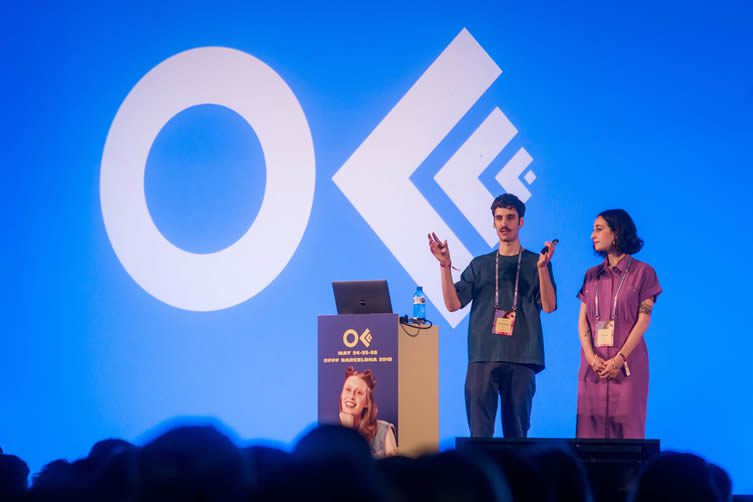 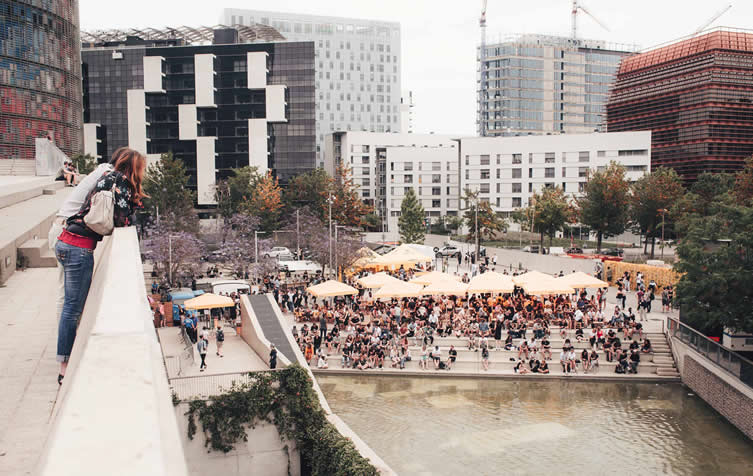 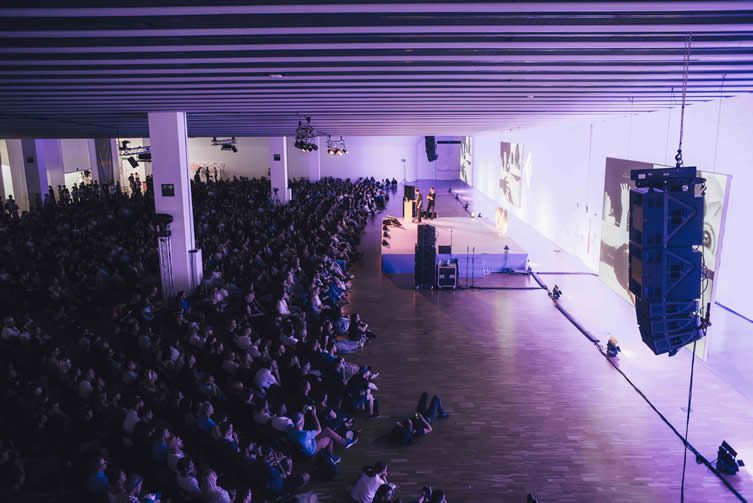 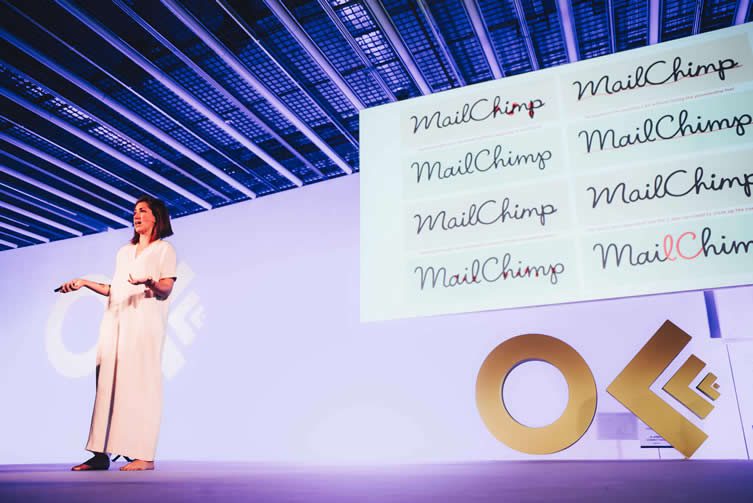 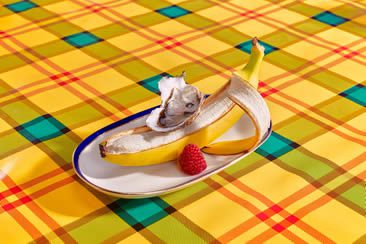 OFFF. Barcelona’s creative forum of international repute—the commix of inspiration-craving talent from the global arts and design community. The annual symposium where our very own telluric planet’s most forward-thinking creatives flank the...

The concept of a creative conference/festival/symposium/whatever-you-choose-to-bill-it-as is not a new one — yet designers, artists, illustrators, photographers, art directors and folk of their ilk are always more than eager to stump up the...

OFFF founder Héctor Ayuso and Outro Studio talk us through their outré campaign for this year's festival...

17 years in, Barcelona-based creative symposium OFFF is still poking its public for new responses. Big-hitting design talent from Neville Brody (he who shaped the ‘80s alt-aesthetic) to naked studio man Stefan Sagmeister and hundreds in between...