17 years in, Barcelona-based creative symposium OFFF is still poking its public for new responses. Big-hitting design talent from Neville Brody (he who shaped the ‘80s alt-aesthetic) to naked studio man Stefan Sagmeister and hundreds in between have taken the stage; new media pioneers like John Maeda; contemporary favourites like Jon Burgerman and Mr Bingo. Designers of all walks, creative thinkers and theorists, developers, artists, and makers — each united in a zeal for curiosity. OFFF is a series of conferences and workshops, performances and activities, but most of all it is a coming together of atypical minds; a meeting point for keen collaborators and a cradle of cultural commotion. 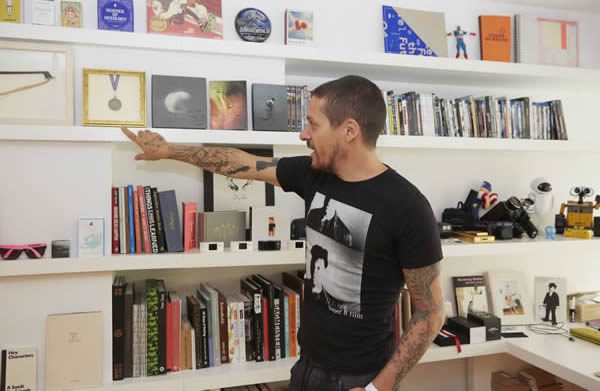 ‘17 years of non-stop surprises,’ founder Héctor Ayuso calls it. Ayuso is a serial collaborator, a creative whose greatest desire is to see projects realised; his name in lights or not. ‘I don’t make people more creative. I don’t teach them skills. I just unlock whatever they have inside.’ And this is the essence of the festival he founded at the beginning of the 21st century: a crossroads for the curious to unlock whatever it is they need unlocking. A key for the door you mightn’t have known you had.

Ayuso may meet his heroes and initiate first-time collaborations at each edition of OFFF, but it’s the little things that inspire him to keep going: ‘small details,’ he tells me, ‘like watching the audience entering and leaving the doors every day of the festival with smiles on their faces.’ Of course, you can’t bag up and rebrand these unique emotions. (Much as many an ad-man has endeavoured to.) This is a festival attended by top creatives, stimulating your audience is not just a necessary requirement, but a ceaseless journey. How does one arouse the sensory needs of its people 17 years on? By giving them a ‘Sensory Overload Experience.’ That is how.

Created by local studio Outro, New Senses is the official campaign of OFFF Barcelona 2017, and it is a concept built to tease and titillate all five senses; ‘everything you see, hear, taste, touch and smell during the three-day journey will be a first time experience with brand new senses,’ promises our man. 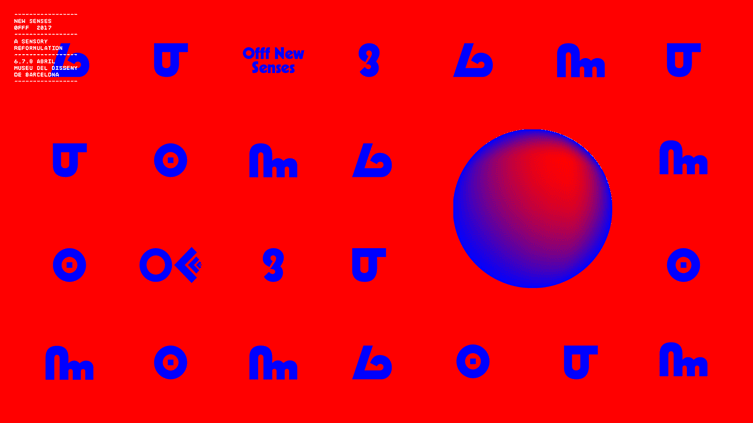 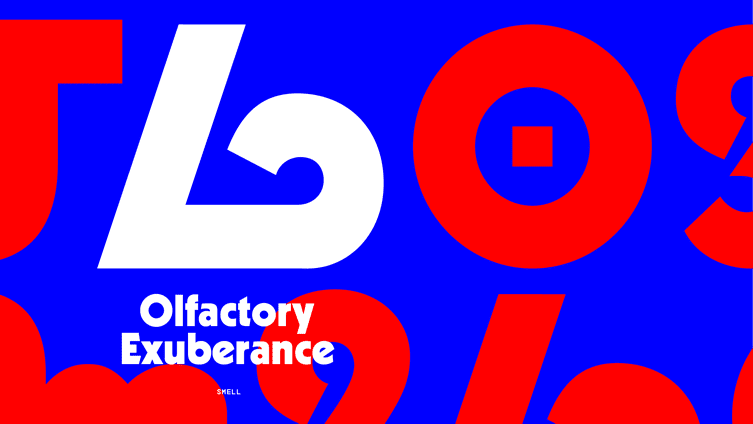 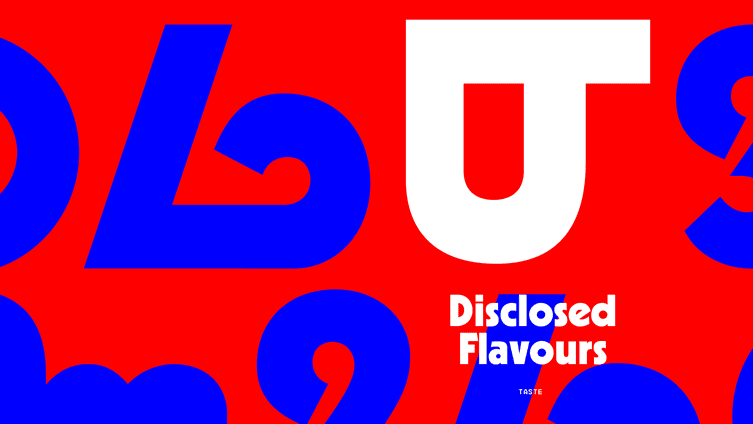 In theory, New Senses is a piece of brand activity built around the heightened awareness of experiential and disruptive marketing — in reality, though, it’s a breakneck bolt of aesthetic disturbance that forces you to sit up and take notice. It is the design equivalent of a piledriver. A short-sharp preview of what awaits you at this year’s event, the brief for Outro was, as always1, painfully simple: ‘do whatever you want, and have fun.’ To this, the Barcelona studio picked up their gauntlet and ran.

‘We had the concept very clear,’ they explain to me, ‘a place where all your senses are reset and you get to experience everything in another way, as if it were for the first time. It was a bit hard to put pen to paper and define the final graphic identity of the campaign, though. Finally we came up with a strong typographic treatment and bold colours to present the message as the main character; we thought it would be nice to use repulsive imagery to transgress, and to break the rhythm. Basically to touch the audience a bit.’

And repulsive these images are. Against a backdrop of popping primary red and blue, photography of eye and nose surgery shock viewers who’ve clicked at ballsy taglines like ‘Olfactory Exuberance’ or ‘Deep Sound Cognition’. 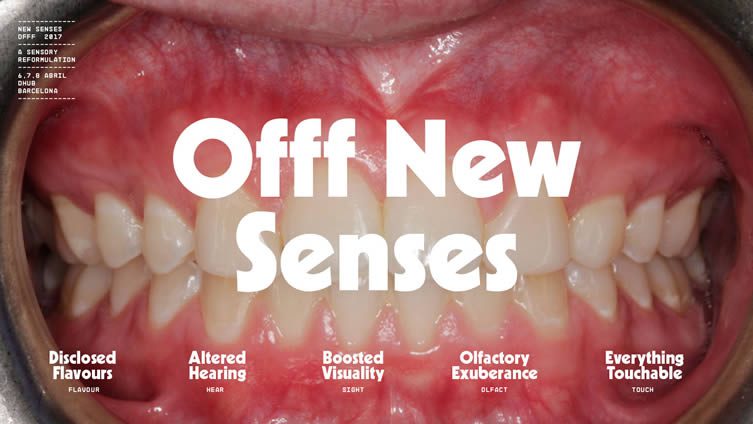 In a world where designers are so often compelled to make things look nice, Outro’s outré approach is a brilliant, necessary battering of the senses. As graphic and motion designers producing a campaign that proffers to rouse all five sense, though, how do Outro hope to stimulate those latent? ‘We believe that all senses are very much connected, and it’s so much fun to have them interfere with one another. Synesthesia is a symptom of good communication. You can make someone taste a flavour through an image if that image is good enough. Of course it’s not the same as actually tasting it, but when you get to enjoy visual content, it doesn’t only stimulate your sight and hearing, but it also makes you feel your others senses in some other way.’

New Senses arrives at an opportune time. Many of us have tired of an over reliance on the digital world and are seeking inspirations not fed through fibre-optic. As Héctor Ayuso prepares to host his 17th Barcelona OFFF, I put it to him that this campaign is a parallel for that collective desire to seek sensory engagement offline: ‘I loved this year’s concept,’ he replies, ‘because it’s about something I truly admire and follow in my daily work routine: getting your hands dirty. The internet has been very useful, it has helped us move on, learn new things, meet new people; but unfortunately its overuse has created a digital world that sometimes makes us forget how to depend on our own pure creativity.’

OFFF Barcelona 2017, then. Expect to get your hands dirty, to feel things you’ve never felt before. Expect a sensorial renaissance. Expect a ‘Sensory Overload Experience’. See you there.

1 ‘Every year we invite a specific studio to work on the concept of that edition of OFFF,’ Héctor Ayuso explains, ‘I never give a briefing, so I never know the result until it’s shared with me a few weeks before the campaign launch.’ 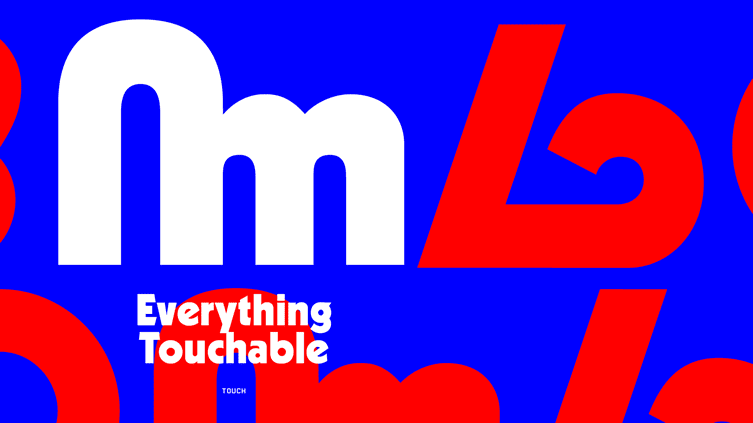 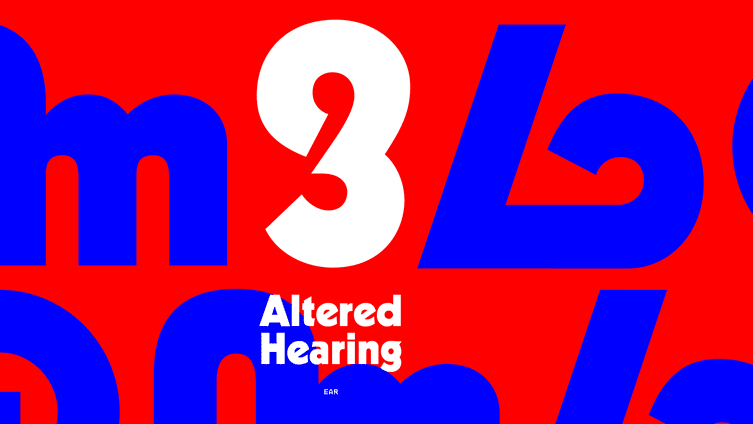 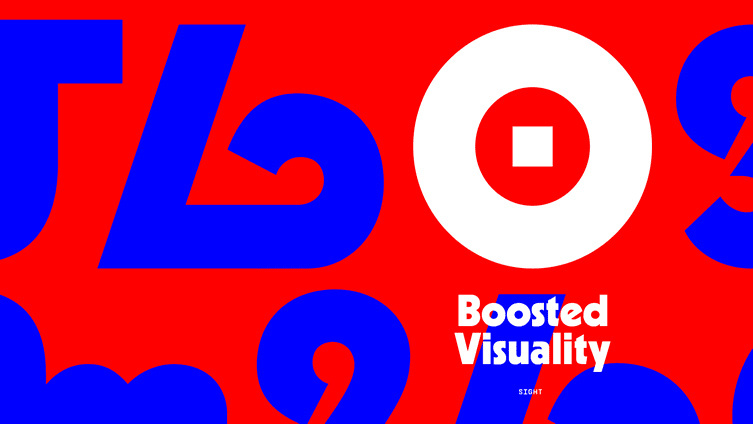 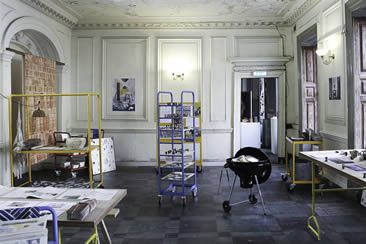 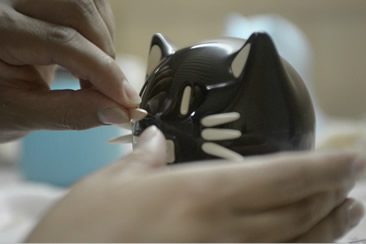 When Mr. Kat is not sleeping or busy looking for food, he spends his time creating friendly, cute and classy 3D characters, playing with shiny materials and sculptural bodies. A big part of Peru-based, Spanish-born artist Jaime Alvarez’s...