I’ve always imagined car design for the masses a thankless task. So bogged down in 2016 by legislation and safety considerations, eco-credentials and budgets; and the need to cobble things together from the hundreds and thousands of parts already in circulation. But then I’ve never looked at it through Jack White’s eyes.

Raised in Detroit, a city ravaged by its dependency upon an industry that all but deserted it, the young musician couldn’t have avoided influence — direct or indirect — from the assembly line born in Motor City; The White Stripes born of limitations and self-imposed restrictions. Choosing to work solely with his ex-wife, an extremely limited musician, White dictated a colour palette of white and red, an instance upon using vintage instruments and recording methods, and a reliance on the straightforward storytelling that had made its way up from the Mississippi Delta to the north midwest. 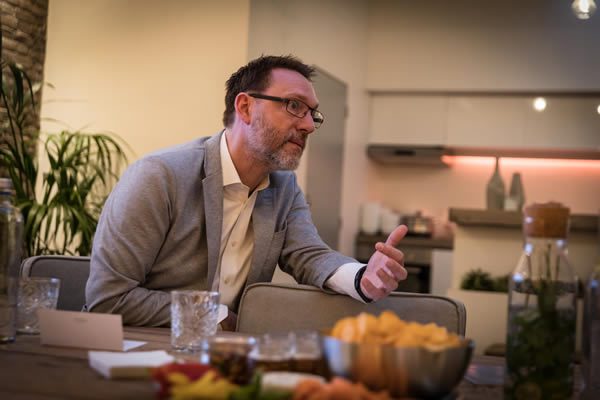 I’m in Amsterdam, enjoying a round-table with Ford’s top interior designer, Amko Leenarts, who has not once mentioned The White Stripes. But I can’t get the association out of my head, as he impresses his assertion that overcoming restrictions and obstacles are what turns him on as a designer.

Where Jack’s handicaps resulted in a series of genre-defining albums and some of the most blistering live performances I ever bore witness to, Leenarts and his team revel in delivering an environment that millions connect with day in, day out. Car design for the masses might not be rock and roll, but it’s turning out to be a lot more interesting than I’d ever imagined.

Of course, rock and roll and Detroit are as intrinsically linked as Motor City’s most famous export, but the latter requires a less confrontational, broader appeal. MC5 or The Stooges won’t wash with the masses — Amko Leenarts is in an industry where first impressions matter: ‘people decide within 180 seconds if they love a car or not after getting into it,’ explains the brand’s head of global interior design operations. ‘It can be the way the car is shaped, the way you can or can’t put stuff where you would like, or whether or not a phone can connect to the car.’ 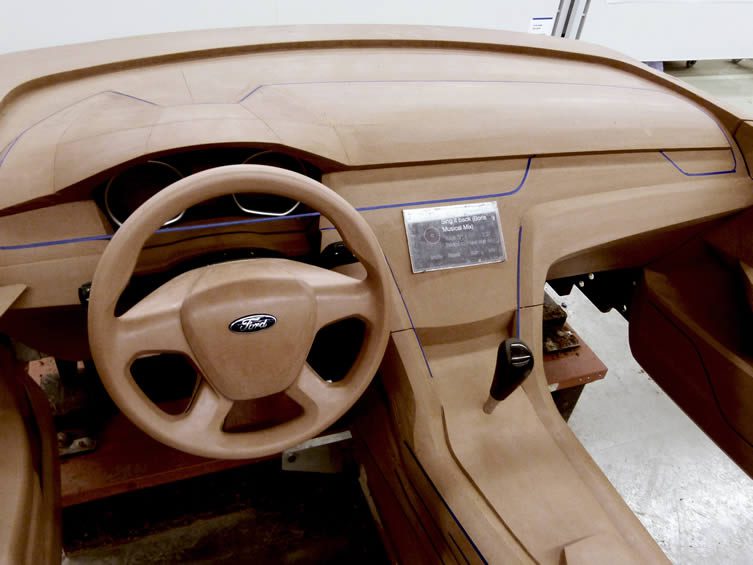 To that effect, Leenarts’s job is more complex than ever. He consults psychologists as much as he does colour charts, and buyers’ emotional connections to their cars are a key consideration before pen has even gone to paper. Designers are sent to photograph car interiors on the street, analysing how we ‘live’ in our vehicles, they are packed off on research trips to spend time with vehicles in their natural habitats; there is no level of analysis too obsessive. 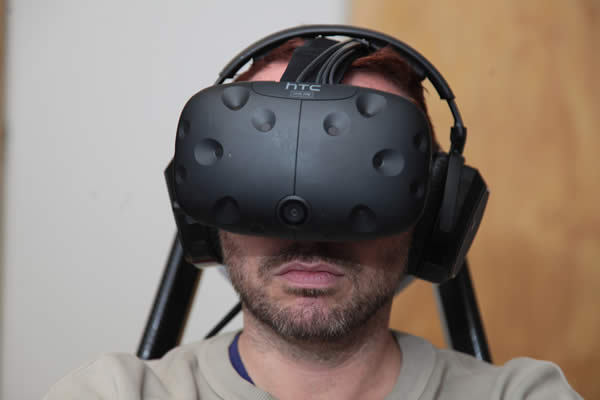 For car designers — both interior and exterior — their roles have changed irreversibly, and Amko is wide-eyed with excitement at this shift. Designers weave narrative with their observations, they become storytellers walking buyers through their whole gamut of sensory considerations. The physical process of design is a new playing field too, recent advancements in virtual reality meaning a team of 20 animators in Ford Studio 2000x can now put designers in the driving seat long before a physical prototype can be built. (A process I trial with a tantalising virtual look around the new Ford GT.) Prototyping now quicker and more concise than ever; niggles and complications easier to iron out before the process carries them along to the point of no return.

Putting together a beast as complex as this is the height of product design, thousands of obstacles and thousands of possibilities; those restrictions and regulations, and now an increasing need to talk to buyers’ emotions. I’m beginning to understand how such a rigid set of requirements, such an elaborate process, can be appealing to the creative mind. Leenarts and his team are designing future memories.

The Dutch designer fondly recalls his own childhood memories with us, as he iterates that memorable moments are what fire our relationships with vehicles. With entirely autonomous cars on the near horizon, the industry is on the brink of its most dramatic shift since Henry Ford introduced his Model T and — with those relationships about to change forever — this obsession over emotion and experience becomes clear. Remember, the process from design to showroom averages around six years; today’s designers need to preempt our emotional connections with a concept that is still alien to us. 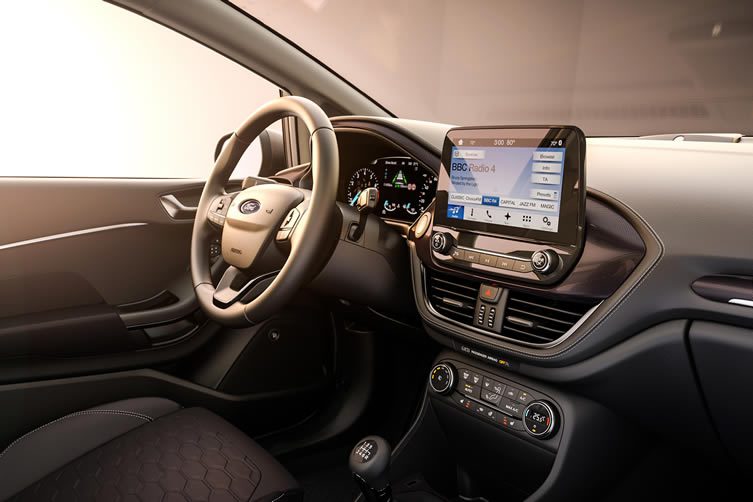 Underneath regulative and financial constraints, the need not to stray from Ford’s existing design DNA, there is still a need for these designers to break ground. They are actively pushing a quiet revolution each and every time a new model comes to the market. Similar to Jack White’s unique take on country and blues standards, Ford’s designers must innovate within tight parameters; none more so than when redesigning iconic models. 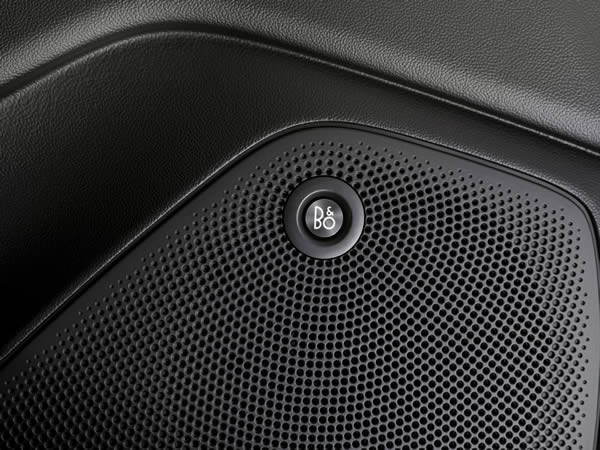 There’s clearly very little rock and roll about the Ford Fiesta, but with one sold every three minutes, the world’s most famous small car is a number one hit; a stadium rocker if you will. We’re given a preview of the interiors that Amko Leenarts has overseen for the all-new Fiesta, set to go on sale in 2017, and the stories of connection, obsessive analytics, and problem-solving are evident.

The brand’s ongoing investment in its SYNC connectivity platform means the central console revolves heavily around a touchscreen (the new Fiesta will debut Ford’s SYNC 3), buttons greatly reduced for a cleaner aesthetic, and a new collaboration with Bang & Olufsen sees a B&O Play sound-system debuted as part of a heightened awareness of quality. Lines are sleek and long, the number of splits — points where parts join together — greatly reduced; if ‘people decide within 180 seconds if they love a car or not after getting into it’, this is an interior focussed on making first impressions matter.

Amko wraps up his presentation, his enthusiasm for design contagious. I hadn’t placed his practice upon the same pedestal I had street artists or illustrators, record sleeve designers or conceptual artists; but its layers and layers of complexities, the need for end-user connection, the ability to innovate within such tight constraints … it’s not rock and roll, but I like it. 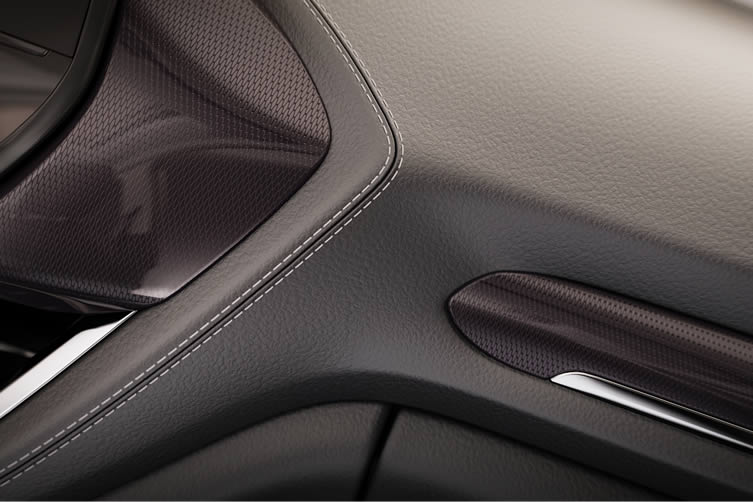 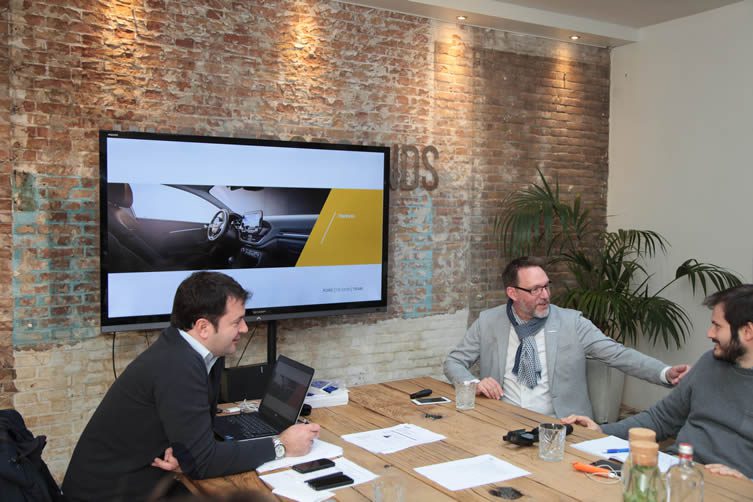 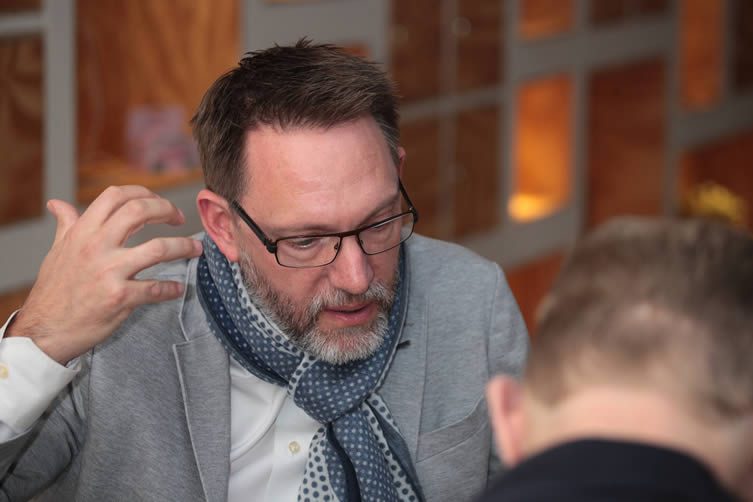 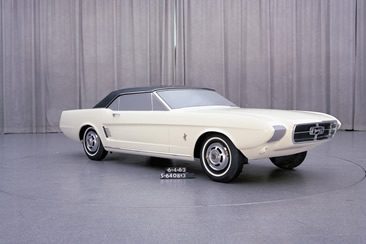 The Ford Mustang is one of the all-American icons. Let loose on the market in 1964, in design it was both a symbol of the nation's industrial power and a promise of freedom. A whole generation of baby-boomers were hitting adulthood, looking to... 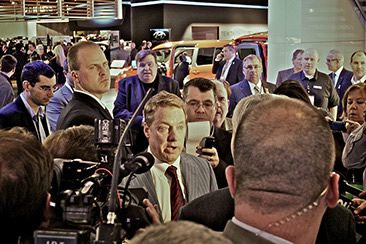 Dose of pomp and fervour completes our trip to motor company's heartland...

We've been introduced to the heritage of Ford Motor Company, the forward-thinking present and future of the motoring giant, and as our time visiting the brand on its home soil came to an end - it was time to step out from the shadows, and into the... 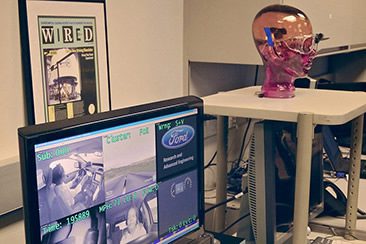 We continue our trip to the heart of a motoring giant...

Earlier on this week, we left our Ford hometown trip with a few suited middle managers dancing to Salem inside one of America's most fascinating museums - intrigued? Catch up on Pt.1 here. After a few swift drinks at the hotel bar, an early night... 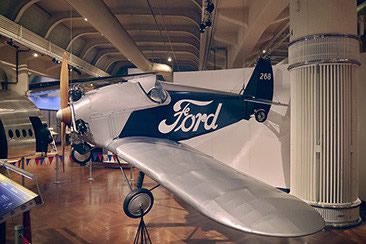 Some surprising revelations in the birthplace of iconic motor giant...

Detroit and its famed Big Three are suffering a Rocky Balboa style crisis. Down but far from out, the giants of the motor industry and their hometown are weary, battle-worn, but blessed with more than enough character for a triumphant comeback....