Earlier on this week, we left our Ford hometown trip with a few suited middle managers dancing to Salem inside one of America’s most fascinating museums – intrigued? Catch up on Pt.1 here. After a few swift drinks at the hotel bar, an early night was due as we had some more serious business the following morning. Tech. The rest of the Brits that make up the UK contingent of this international gathering of “online influencers” were rolling their eyes last night, as art, design and creativity played a major role in the evening’s panel discussion – was it to be my turn this morning?

We head off in a multitude of coaches, several languages being spoken on each, to Ford’s Dearborn Development Center (DDC) – part of a gargantuan complex (well, town really) that the motor giant own. State of the art smoke and mirrors this place is not, imagine a multi-billion dollar company’s research centre and your thoughts are instantly awash with steel, glass, big-name architectural follies… no such pretension here; by-and-large, this place looks like the school I went to, then the university after that – the carpet-tiles have haunted me for decades. We’re introduced to the Fusion, the subject of last night’s panel discussion – it’s a Mondeo on performance enhancing drugs, and it looks good for it. It’s clearly informed by the Evos concept we were introduced to in 2011. 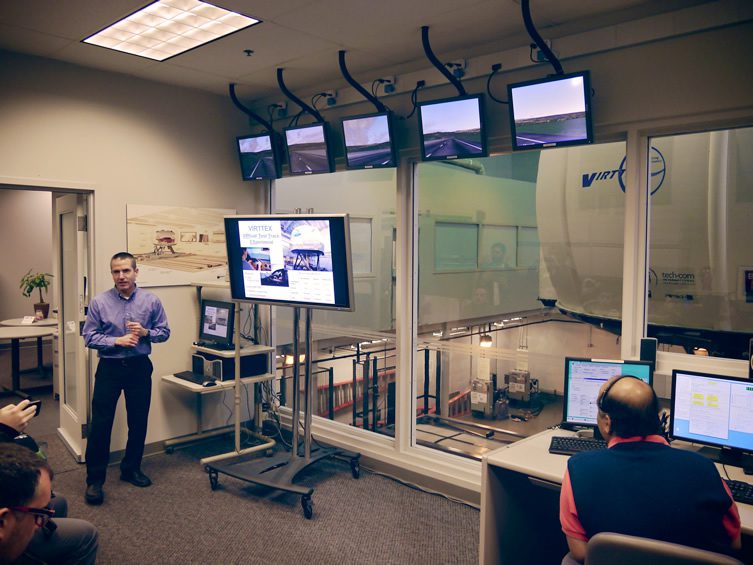 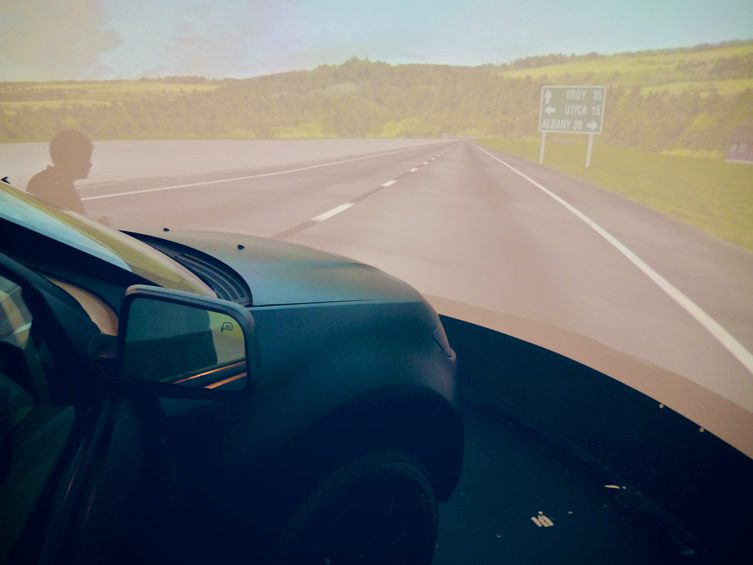 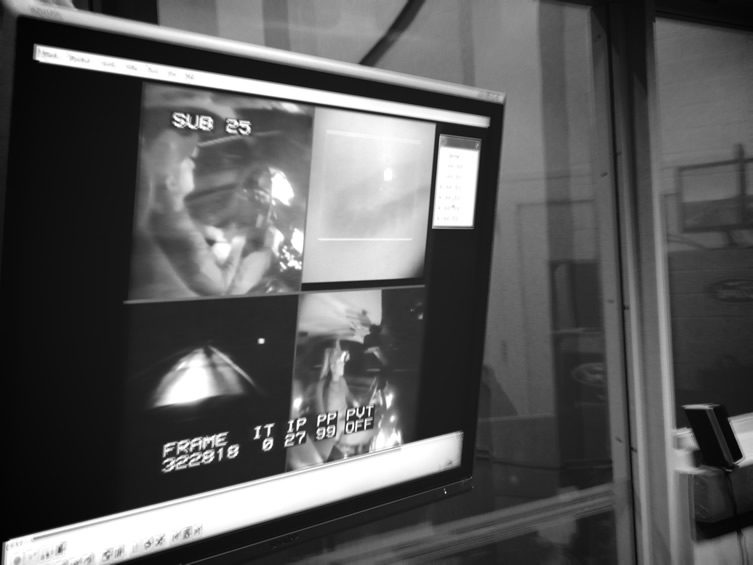 The star of this particular show however, is Ford’s VIRTTEX, a $7millon driving simulator that curiously hides behind a door that could just as well lead to a pottery class, or maths lesson. It’s essentially a bloody big toy – which puts my tech fear at ease, I’m not blinded by science, instead captivated as lab director Mike Blommer and his technician formulate a tricky situation for the lady driving inside what looks to be a fairground attraction. The VIRTTEX looms from side to side, front to back as the driver changes lanes, before she’s cut up by a bus, a crash is narrowly avoided, and we head inside for a better look.

It seems to be all pretty good fun, but the guys here are at the cutting edge of preventative technologies, extensive testing with drowsy drivers has led to in-car warning systems that put the new Fusion at the forefront of safety technology in the market… does anyone really care who built the swanky glass and steel development centre when their life’s just been saved out on the road?

Next stop is out on said road, as we head off to what was once the Ford Airport, site of the United States’ first scheduled passenger service. With its latest major reconstruction complete in 2006, the runway’s gone, but you can still feel the history at Dearborn’s proving ground. An introduction to more cutting-edge safety technology includes a look at Ford’s driver wellness system, seats, steering wheels and seat belts all fitted with monitors that gauge your overall wellbeing – in-car temperature is adjusted accordingly, and warning systems tell you things like if your heart’s stopped. Joking aside, it’s impressive stuff and it’s interesting that, in the age of auto-pilot motoring, Ford’s stance is to offer safety-minded assistance, not strip us of the driving experience.

And so that’s just what we experience next, an assorted parade of vehicles are lined up outside – from a fully electric Focus to snarling muscle trucks – and we get a lap in each. I can’t help but enjoy the truck experience, this is truck country and all I’m missing is my Stetson (it should be noted that skinny jeans are not ideal attire for trying to get into one of these buggers).

It’s not long until it’s time for a lunch break, and we’re swiftly escorted back to The Henry Ford – not the museum this time, but a rather staggering outdoor/indoor museum (the largest of its kind in the US); Greenfield Village. Dozens of historical buildings – think the Wright brothers’ bicycle shop and home from Dayton, Ohio – have been moved from their original locations and arranged in the setting of a typical village. We’re eating at a former stagecoach stop from 1831, the Eagle Tavern, moved just 30 miles from its first home.

Welcomed and served by staff in 19th century garb, it’s in equal measures overwhelmingly kitsch and utterly charming – like everything we’ve experienced from Ford so far, things haven’t been done for the sake of it, nobody’s showing off here, there’s a genuine ‘family’ feeling that’s hard to escape… 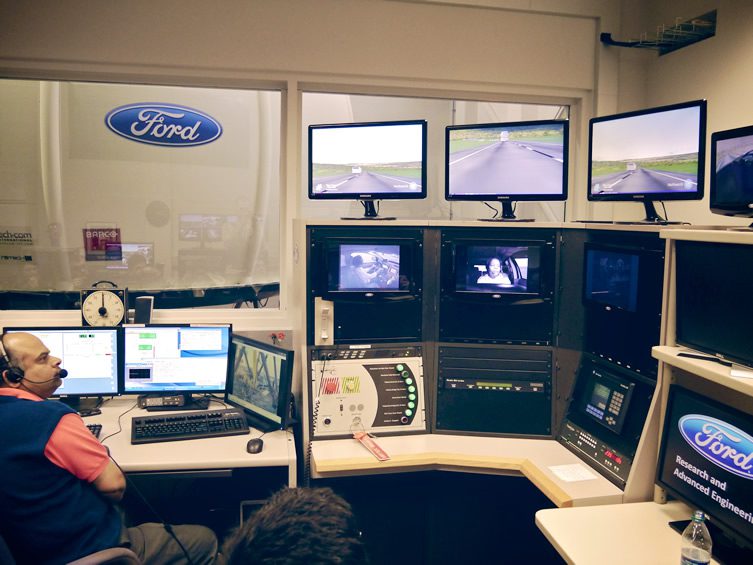 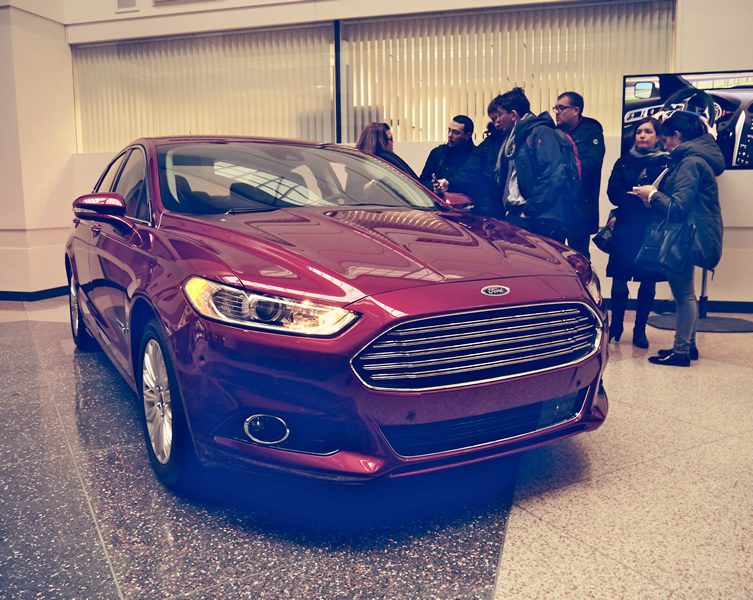 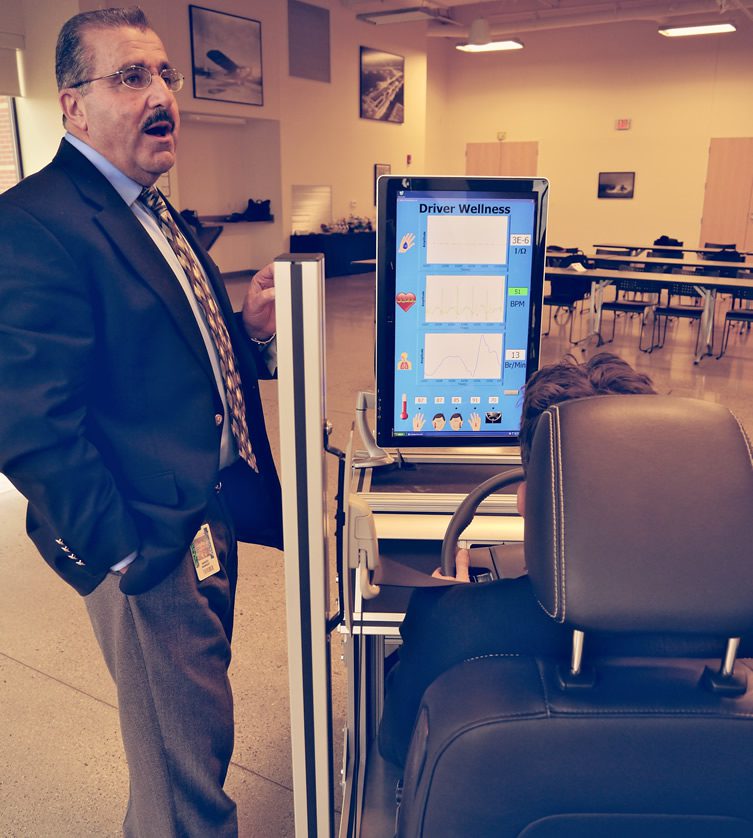 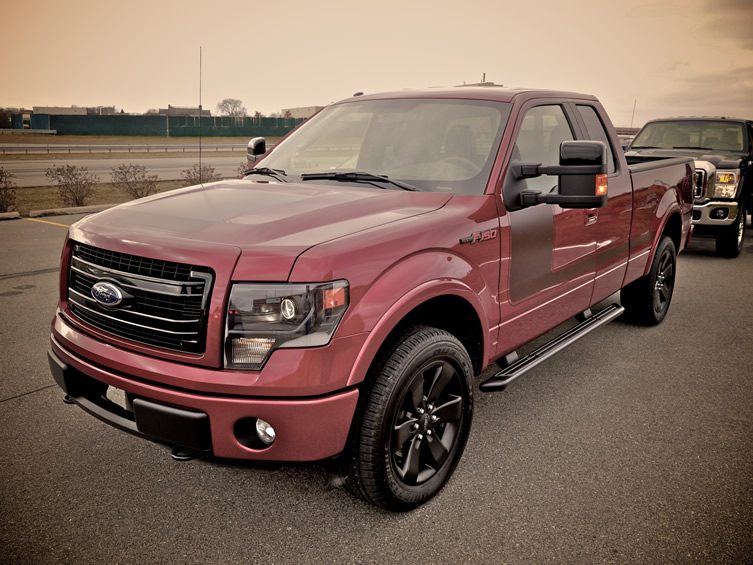 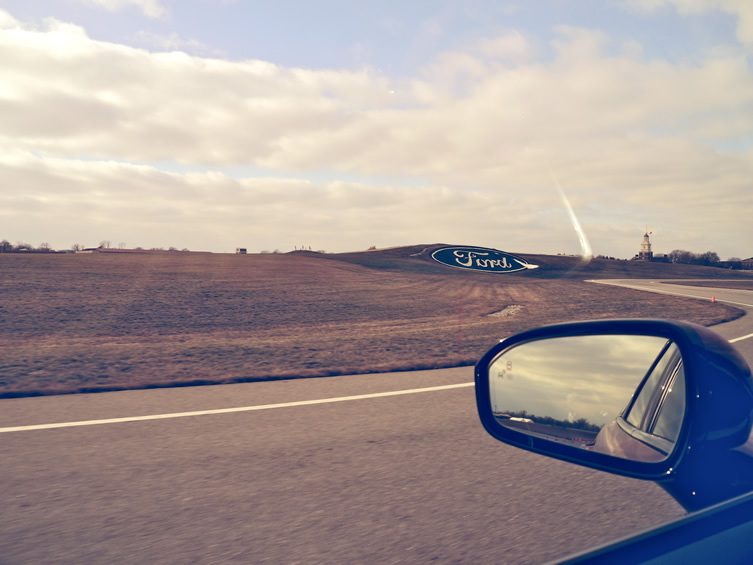 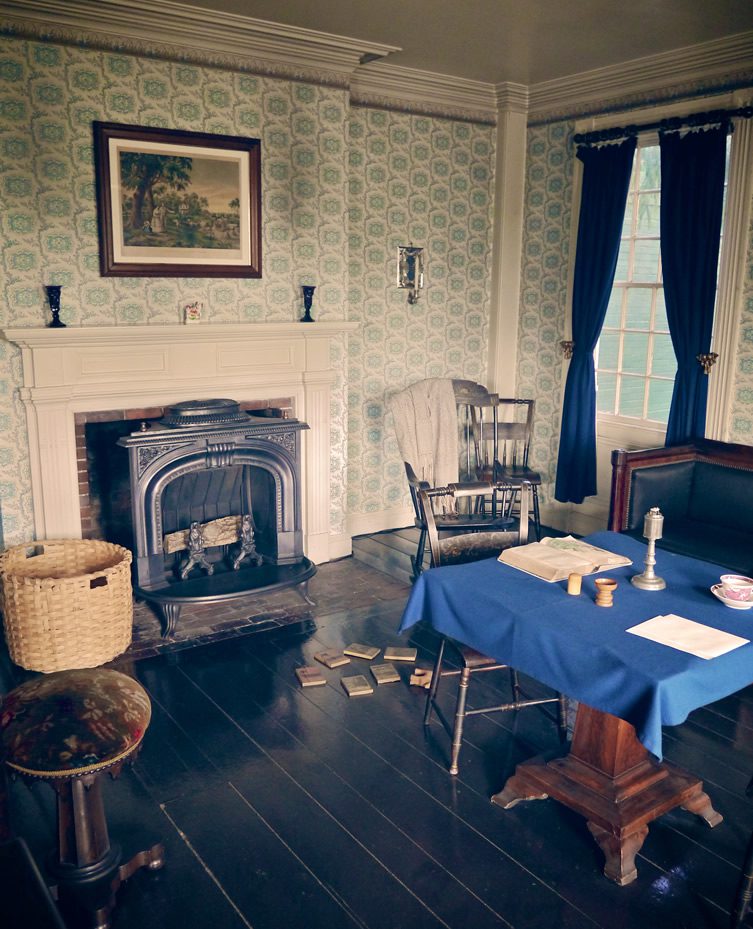 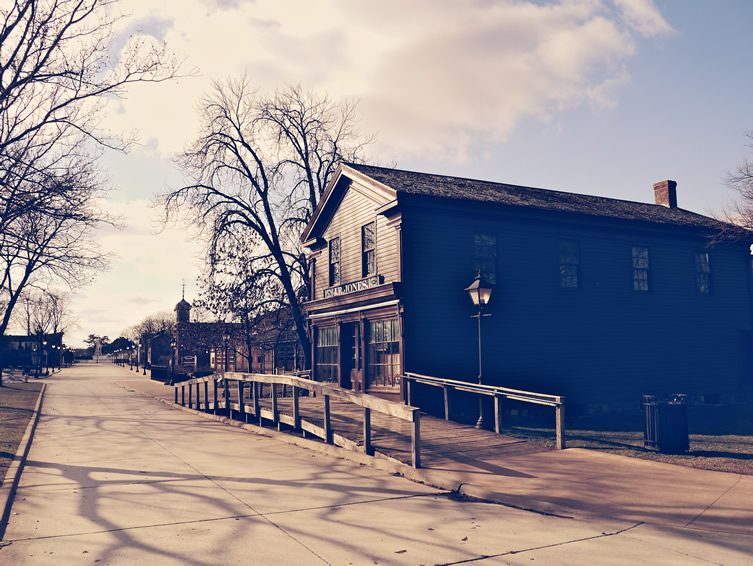 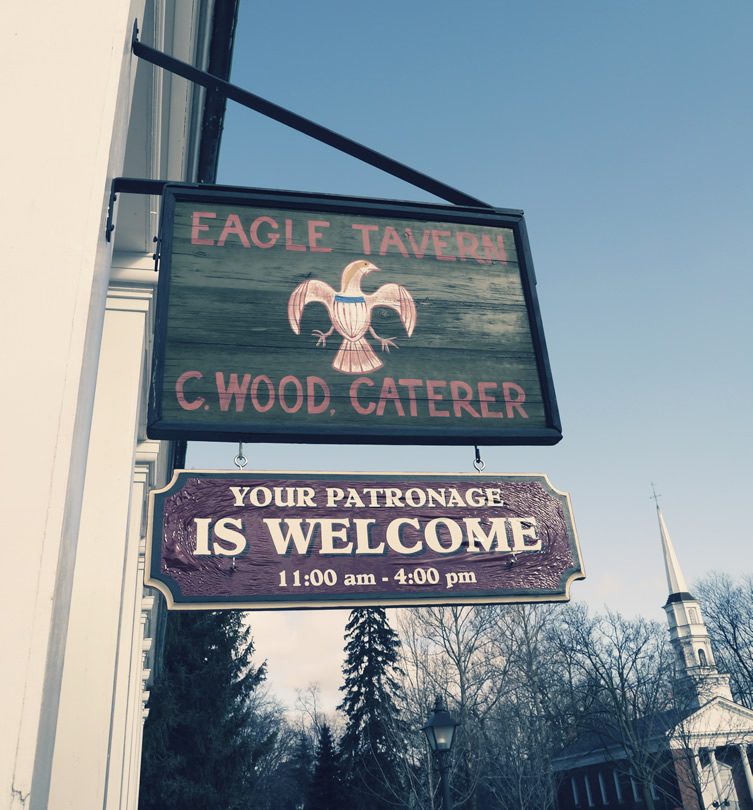