There’s been no resting on any laurels for the crew at Operator 25 in Melbourne. Despite rave reviews and lines stretching out of the door on a regular basis, the young and dynamic owners have decided the only way to stay ahead of the game is to freshen things up and have enlisted the expertise of design studio Pop & Pac to completely reinvent the CBD café.

It’s a pretty radical overhaul for a business only two years old. The old black and white palette has gone — as has the eponymous pre-war telephone operator who once oversaw proceedings from the rear wall — and in its stead there’s a fresh and vibrant new scheme led by bright light-boxes. Homage has been paid to the heritage of the building (it’s one of the city’s fist telephone exchanges) both in celebrating the original brickwork and in the use of graphical motifs in the wall art; circles and lines represent the cables and jack plug sockets on an old school switchboard, the circular dialling mechanisms of vintage phones and receiver speakers. The lively interior better suits Operator 25’s purpose as a brunch specialist too. One thing that has remained the same is the influence of fusion flavours brought about by the team’s eclectic ethnic background. 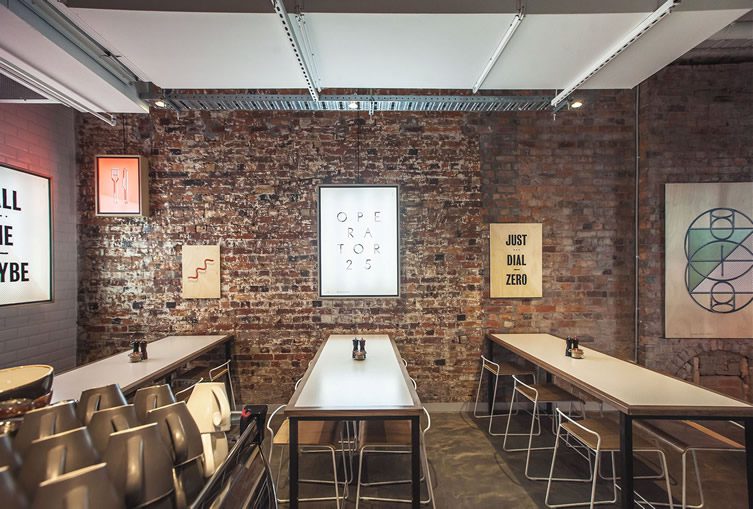 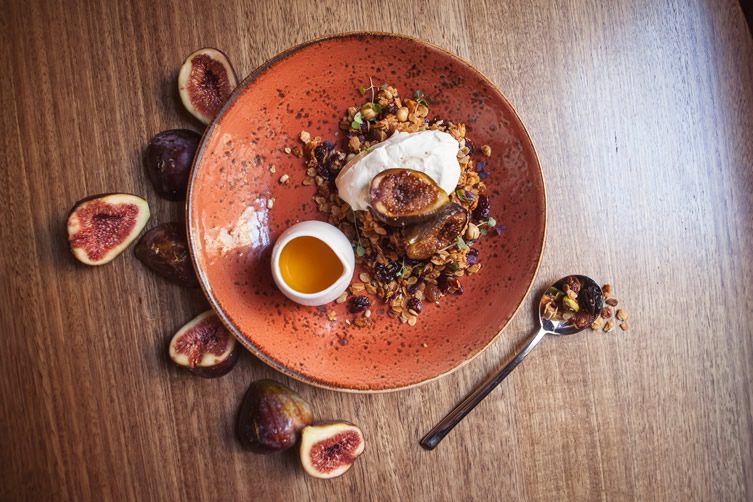 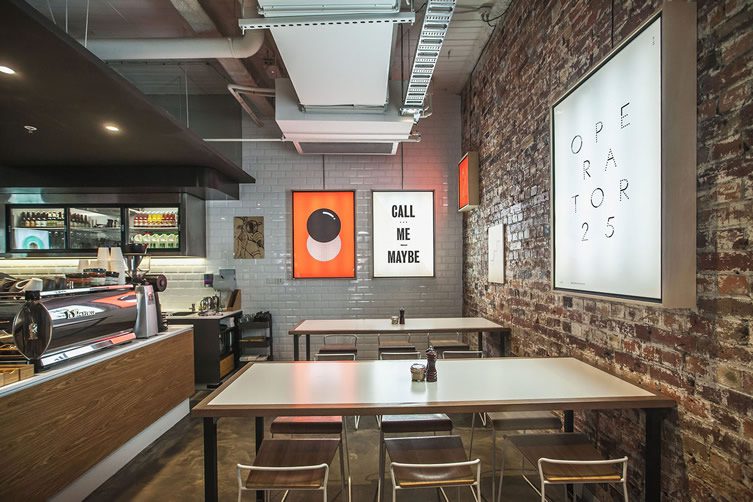 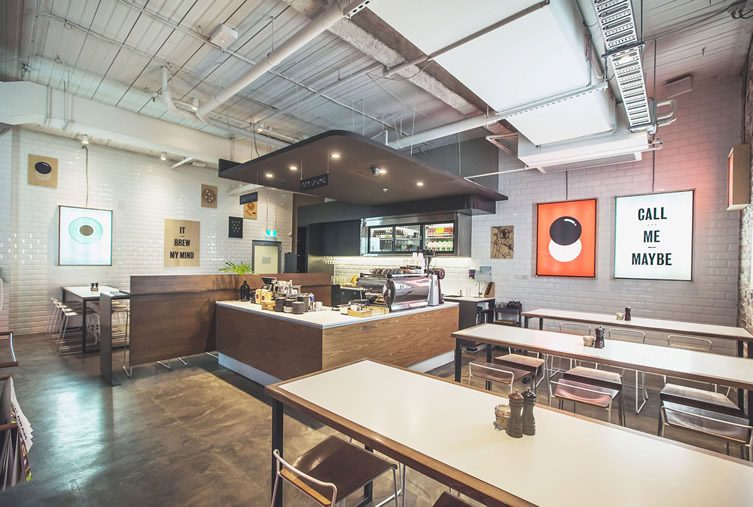 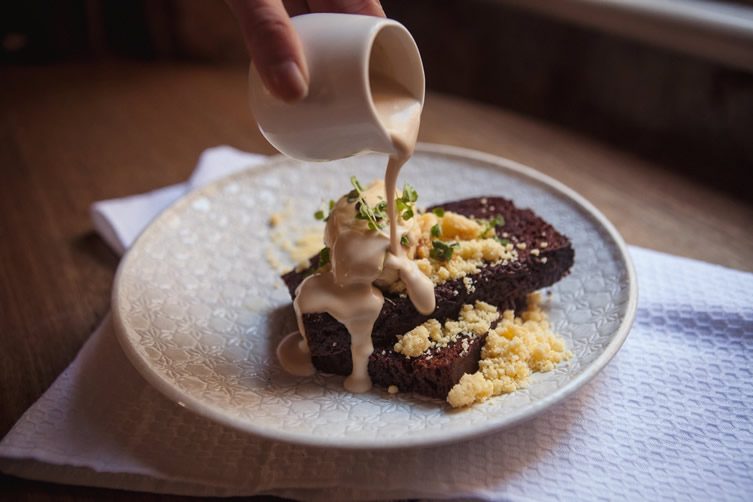 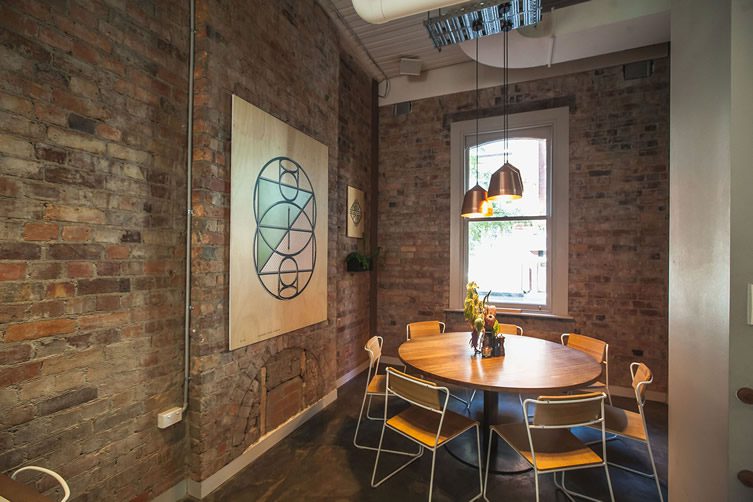 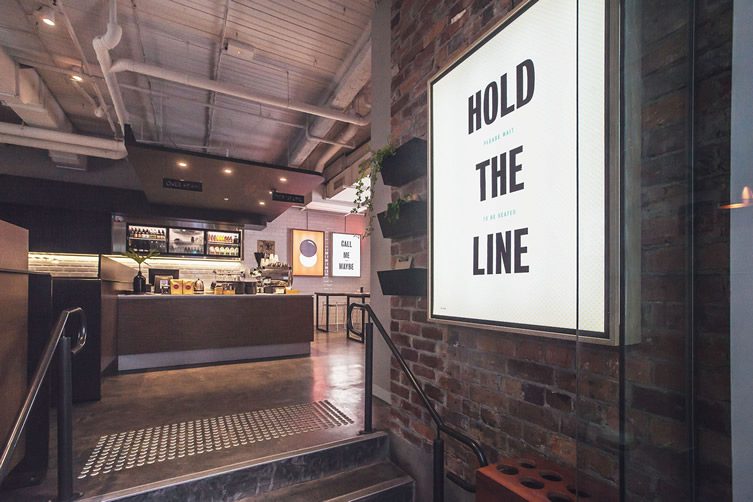 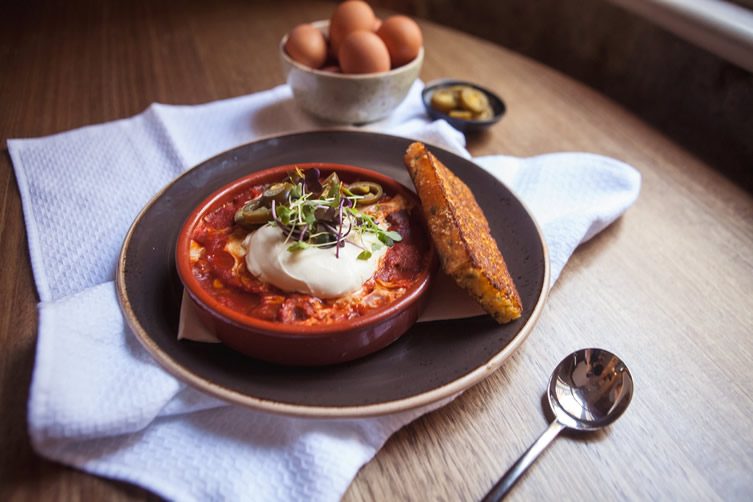