In The Old Man and the Sea, the protagonist struggles for days to land a giant marlin that pushes him to the brink of madness. At Benjamin’s Kitchen — a Melbourne restaurant inspired by Hemingway’s tale — things are thankfully much less fraught. In fact, everything is calmness personified due to the serene interior by Alexander Pollock. The Alphington eatery gently wreaths diners in the soft fluffy whites of clouds, surrounds them with a pale ocean gently undulating with languorous waves, and fans them with the gentle flapping of gulls’ wings as they drift across the water.

Especially tall diners will literally have their heads in the clouds, as Pollock has extended the mural into three dimensions with sculptural cumulus light fittings. The fresh white continues in chairs, tiling and panel paintwork, with colour introduced via the wooden tabletops and a deep blue banquette. On the menu the selection is pan-Asian. Benjamin Ruan brought his know-how to Oz from China 15 years ago and has already established his reputation with Northcote’s Taxi Boat. Ruan’s head chef Jason Lin comes from Malaysia, and flavours from the two men’s home countries are evident alongside those of Thailand and Japan. 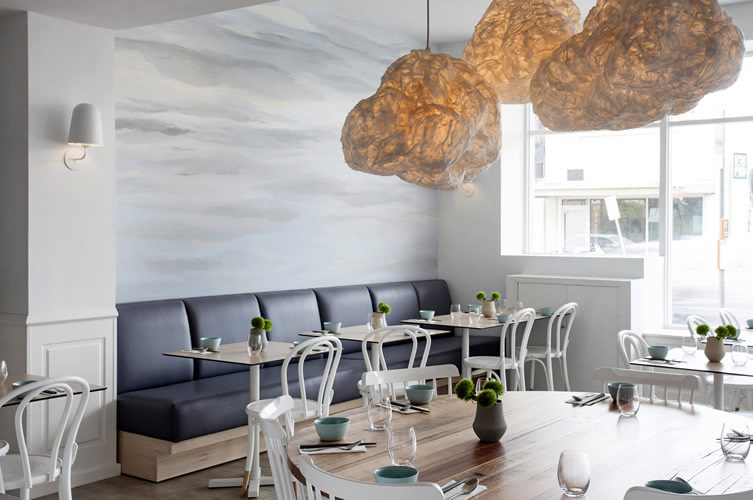 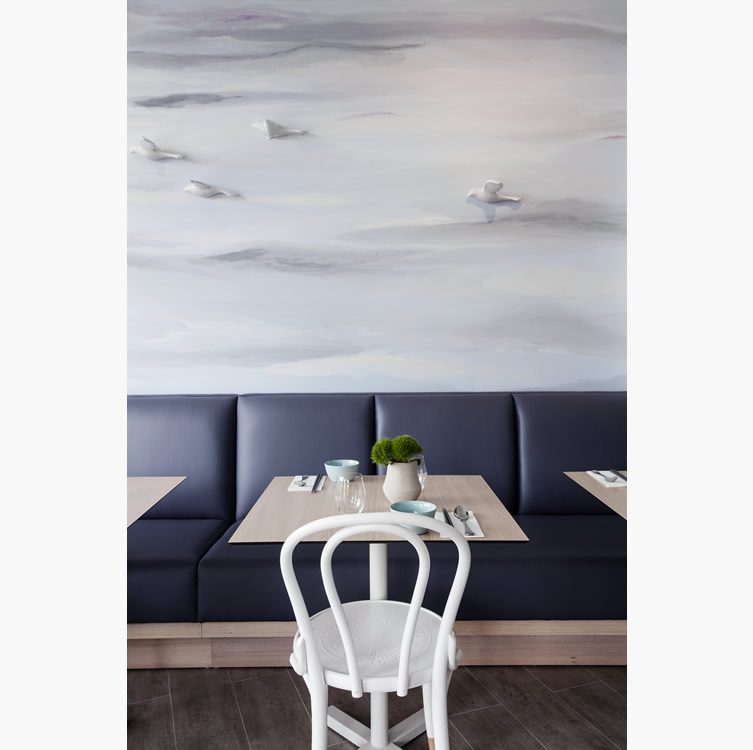 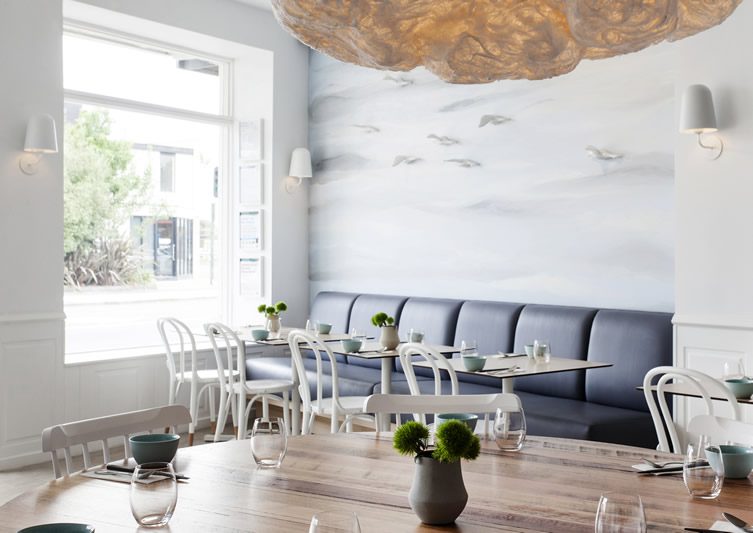 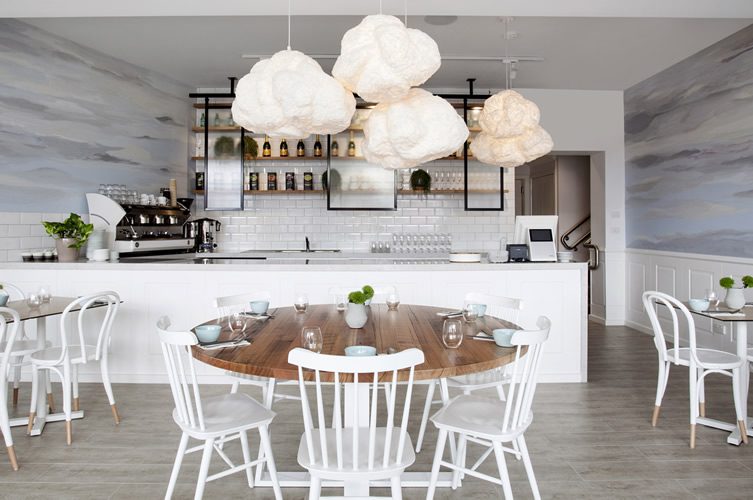 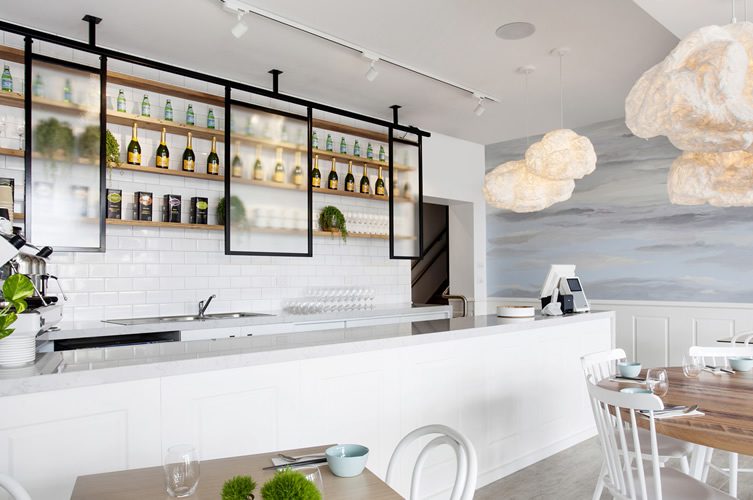 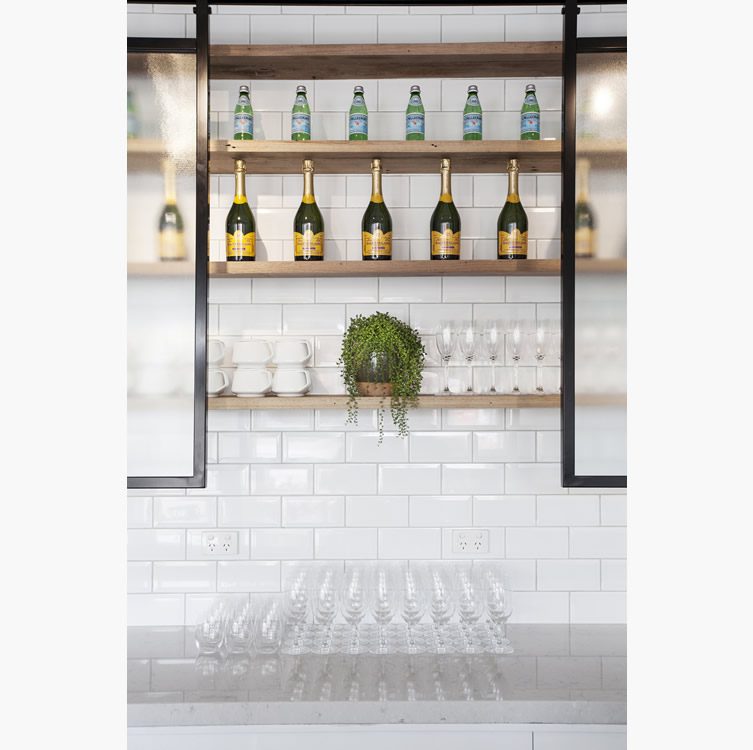 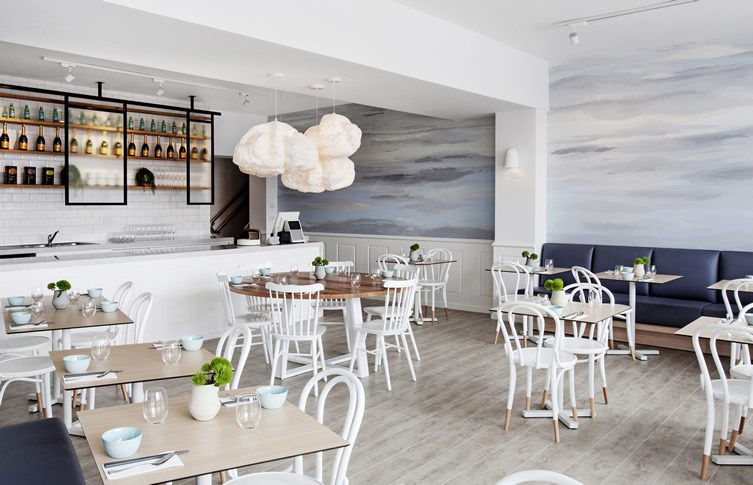