What better way to ready yourself for the headiness of a music festival than racing headfirst into a Welsh slate mine at 100mph?

In the spirit of adventure and insanity, we warmed up for this year’s Festival No. 6 by popping over to Snowdonia to take Vauxhall’s new revamped Adam Rocks Air for a spin. Not quite content with a simple test drive – the team at Vauxhall had us taking the speed challenge at Zip World, a winding drive across the national park. The youth-orientated (you can tell by the name) Adam Rocks has itself a new cross-over body shape with raised chassis and wider stance. Nippy and small enough to throw around a corner with confidence, there’s a surprising wealth of internal space: tents, sleeping bags, rock-climbing gear… The car’s Direct Injection Turbo gives the charge its small engine, it can certainly stand up to the big boys. It’s the first Vauxhall to get the new 115PS 1.0-litre three-cylinder petrol engine and an all-new six-speed gearbox; it ticks plenty of boxes.

Aesthetically the ‘Rocks is cuter than your average rock-climber, agile too, with nice colour combos; White My Fire in particular. I wouldn’t kick it off my driveway. Adrenaline charged, confident and equipped with a route map – we’re ready for the test drive. Electric folding canvas roof fully retracted, we set off past Caernarfon Castle, take a few sharp corners past Porthmadog and into the national park and through the Welsh Lake District; vistas to die for.

Getting to Zip World was a piece of cake, getting me onto their mile-long zip-line that can exceed 100mph – the fastest in the world – an entirely different matter. Described as close to flying: the sharp-edge, dry, grey quarry has me a little (a lot) terrified. Kitted out in sky-dive-style clobber, we ascended the quarry in battered old jeeps. Higher, higher, higher until we reach 500ft – where we lie suspended in horizontal harnesses head first. Then. We’re. Off… An incredible, fast, paralysing experience that I immediately want to do again, again, again. Racing down like a bird of pray to gain speed, before slowing down to a glide, drinking in views of the quarry’s blue lagoon. It’s over too quickly, but we have new adventures ahead of us. Back to the car, onto the festival – it’s a ‘Rocks ‘n’ roll lifestyle. 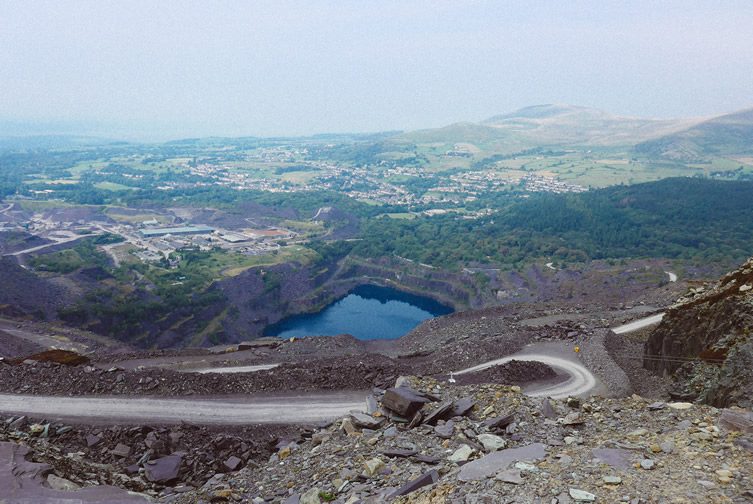 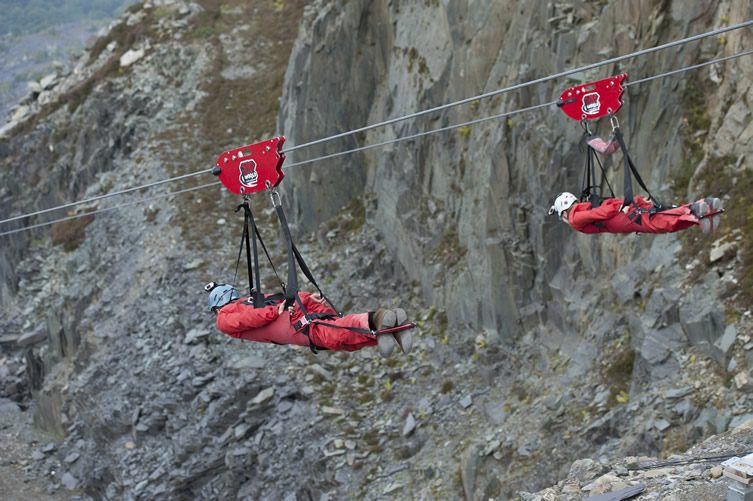 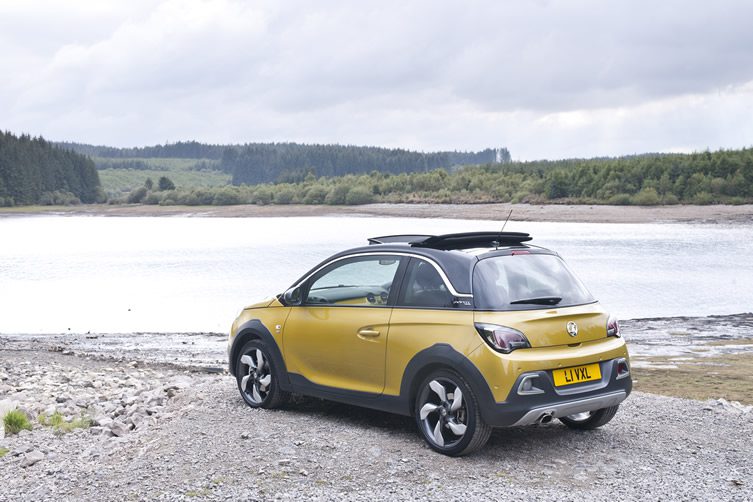 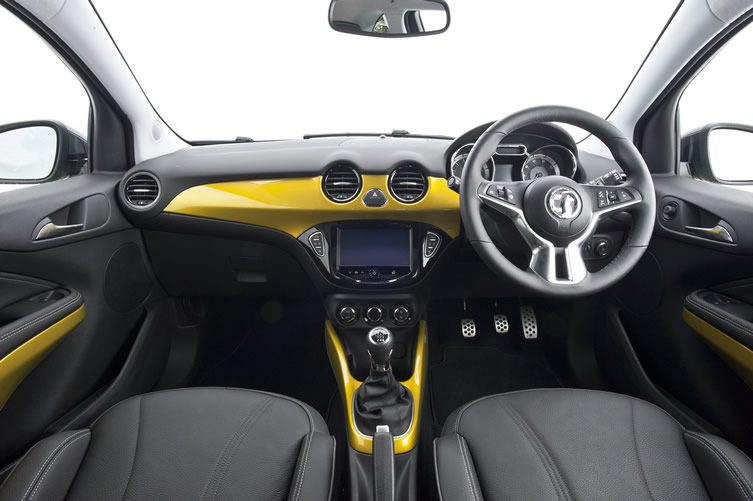 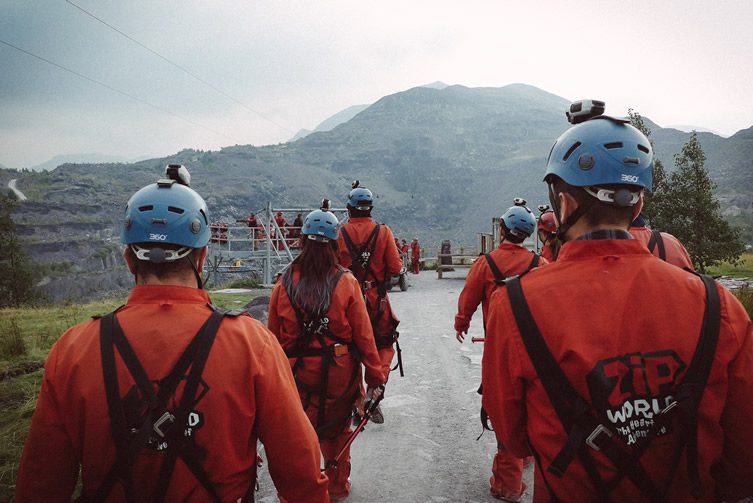 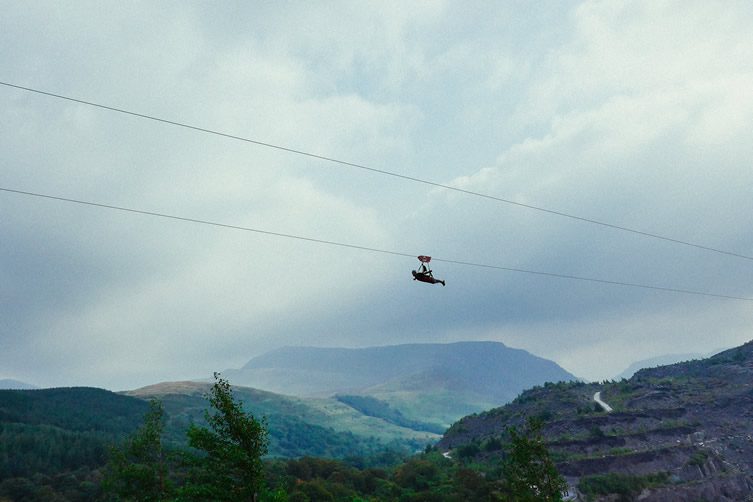 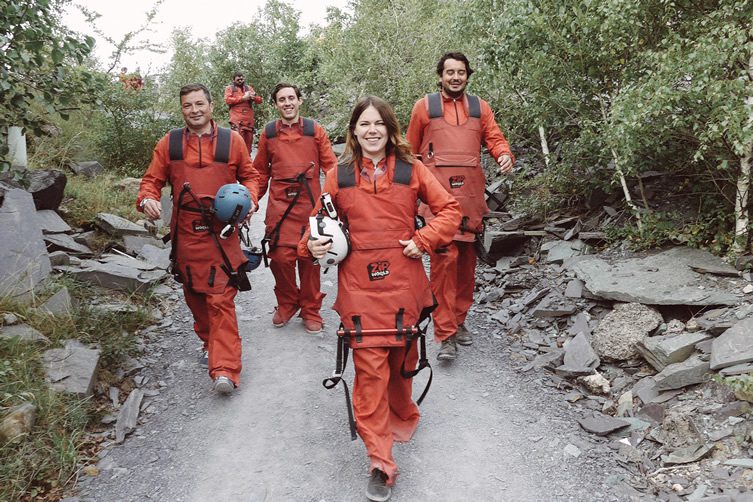