Heads are turned. It’s golden hour in the Eternal City and I’m listening intently to instructions that normal people aren’t typically exposed to: keep moving at all times, ignore red lights, ignore all other road users. Shortly I’ll be a thorn in those other drivers’ collective sides, as some 200 of us — divided between over 100 vehicles — blow a hole in their travel plans. 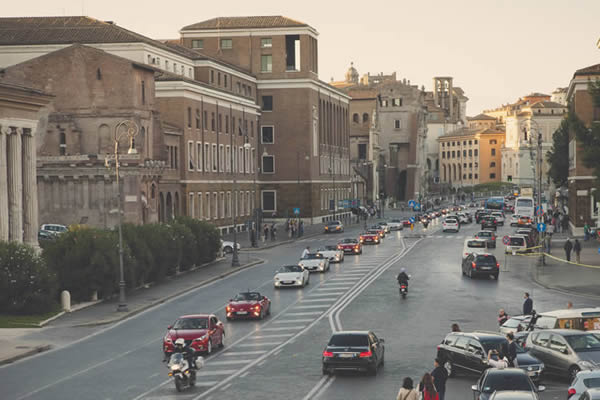 We are part of a gargantuan police-escorted convoy making its way from the esteemed Rome Cavalieri Hotel towards Capitoline Hill, and onto St. Peter’s Basilica; bystanders gawping, drivers raging. This, this is how it feels to be famous. And I’m getting used to it.

The night prior had been spent in the company of a multi Oscar-winning film great. A writer, director, and frequently both, of unforgettable movies — Midnight Express; Scarface; Platoon; Born on the Fourth of July; Wall Street — William Oliver Stone is here for the Rome Film Fest premiere of his latest, Snowden, and I join him on the red carpet with stars huge to small. Sadly not speckled with their star dust (and much to the annoyance of the baffled paparazzo), I’m with the assembled international journalists who will join me in the convoy. Mazda are celebrating their fourth consecutive year as sponsors for the film festival, and we’re here to experience, first-hand, the singular synergy that the Japanese brand have with the event; now in its 11th year. 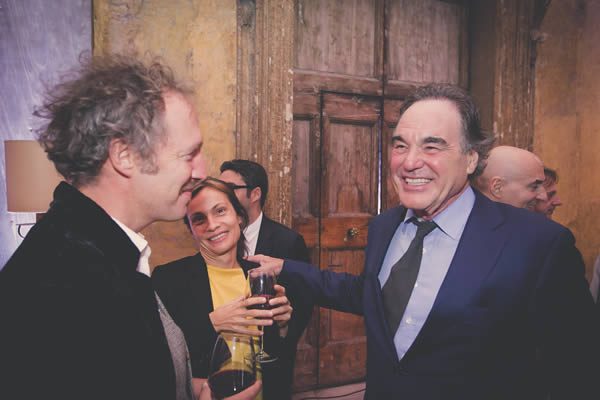 The photographer’s shutters chatter away, the stars fly through their autographs (Stone ensuring each photograph he’ll scribble upon meets with his approval), and we sit down for the film. The well-trodden tale of the world’s highest profile whistleblower is given new light in the filmmaker’s biopic, I find it engrossing. It’s a thought-provoking insight into our tumultuous times, but we red carpet-treaders have little time to reflect — we’re whisked off to palatial Villa Medici for a dinner in style. Sitting on the edge of the famous Villa Borghese gardens, it’s a regal setting that epitomises the inimitable glamour of this most of emotive of cities.

Rome has unique pedigree with cinema, of course — Fellini’s La Dolce Vita perhaps its most famous moment since Caesar’s Empire fell — and the festival notes this legacy; less focussed on competition and ritual, the truly international event looks to set a sensory fire underneath its visitors. Filmgoers and filmmakers alike will live the energy of the industry, and its this passion that Mazda connect with. In times of automation and the homogeneity of the driving experience, the carmaker’s desire to elevate the connection between driver and car is congruous with the festival’s passionate approach. 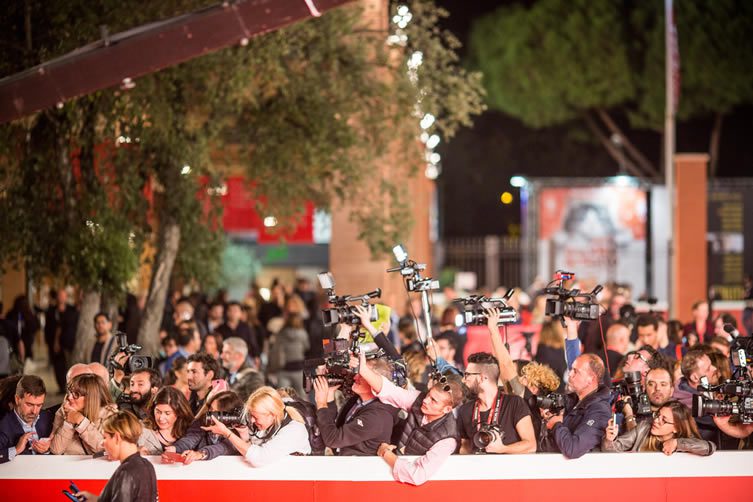 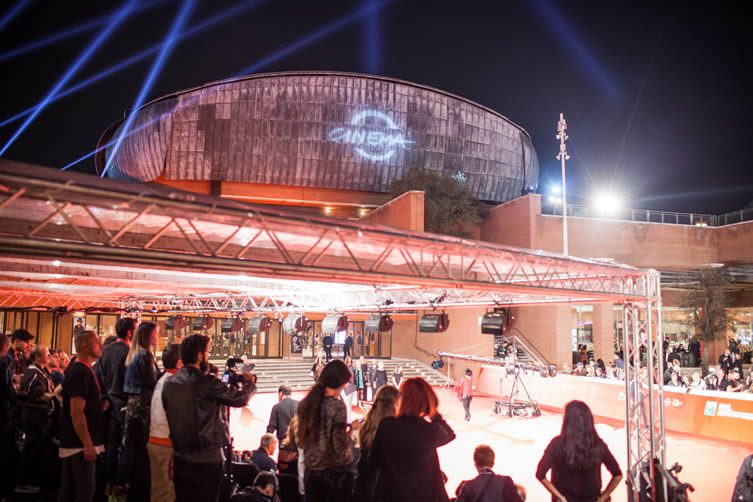 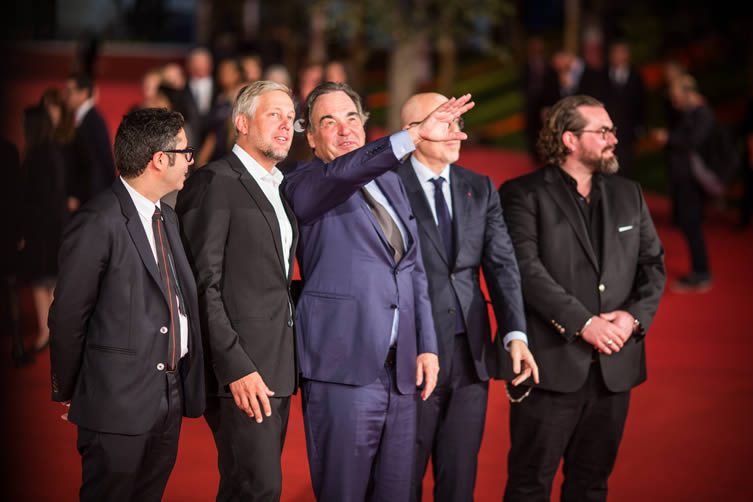 And so, time to experience just that. The connection between driver and car is rarely as evident as in the fervent fanbase Mazda’s iconic MX-5 has built since it debuted in 1989. The world-renowned roadster released its latest incarnation last year, with the fourth-generation turning as many heads as ever. 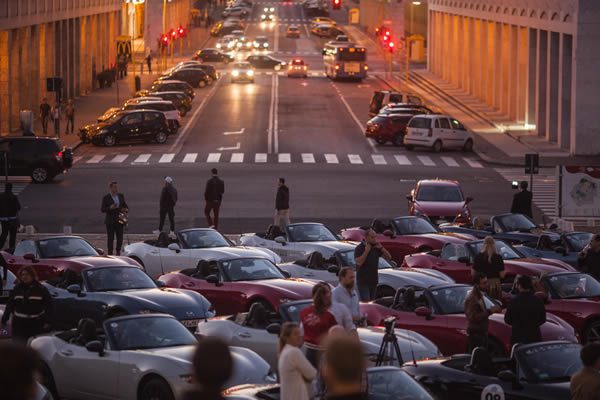 Today, the model’s most avid fans and aficionados join us for a remarkable drive that will confirm that, and some. Out of St. Peter’s Basilica and we’re onto open roads where we can finally test that famous ‘Jinba-Ittai’; the ‘rider and horse as one body’ philosophy — derived from the ancient Japanese art of Yabusame — that defines the MX-5 experience.

The police-escort disperses as we arrive at Rome’s EUR (Esposizione Universale Roma) district. Conceived to host the 1942 world’s fair — where Mussolini hoped to celebrate Fascism’s 20th anniversary — it was cancelled due to World War II, but not before some of the country’s finest architects had lent their hand to the project. It’s an unconventional setting for a drive-in cinema, but that’s exactly what it will be on this warm October evening. Our convoy fills a square of 4,600 square metres, a miscellany of MX-5s — through the decades and colour palettes — park side-by-side, tops down and geared up for a singular screening; complete with hotdogs, popcorn and sodas. 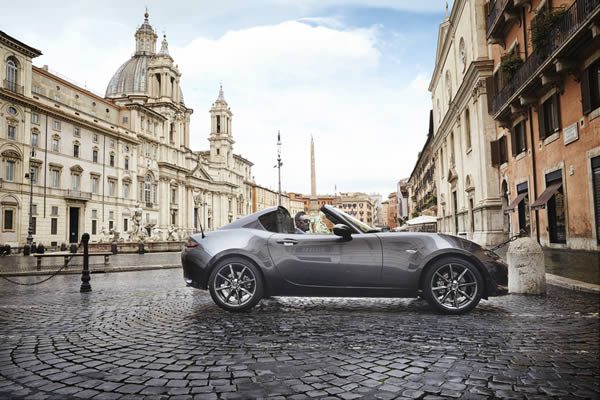 Engines restarted, the Archivio Centrale dello Stato is just a few blocks away, and here we’ll be presented with our encore. The MX-5’s latest incarnation is welcoming a new addition to the family, the new ‘retractable fastback’ version — the MX-5 RF — unveiled in startling Machine Grey; accentuating the KODO — Soul of Motion silhouette that won the new generation 2016 World Car Design of the Year. Muscular, yet unmistakably MX-5, the new retractable hard-top is unveiled in a cinematic ceremony entirely befitting of the experiences the last two days have brought us.

And here it is. Heads are turned, passion ignited — our experiences have evoked a sense of celebrity, but cinema enthusiasts know the medium extends far and wide beyond fame and fortune. Cinema is about emotion, making statements, and visual beauty. For ten days in October, Rome celebrated the importance of these values; today we learned a sponsor can be about much more than just a name above the doorway. Here’s to the enjoyment of experience, whatever your diversion. 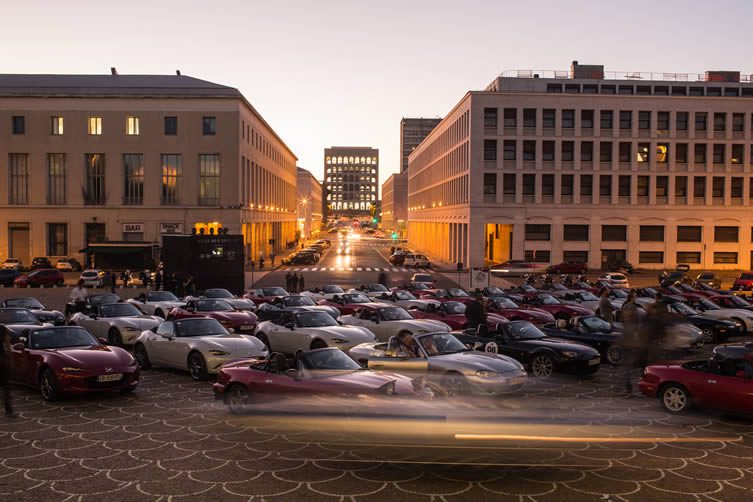 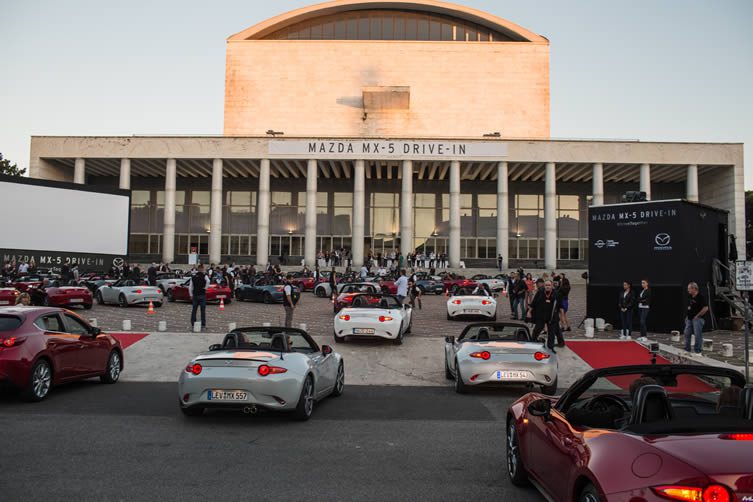 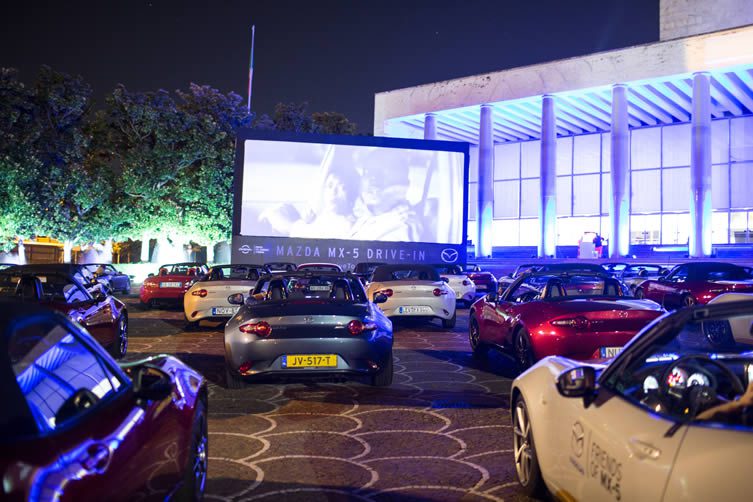 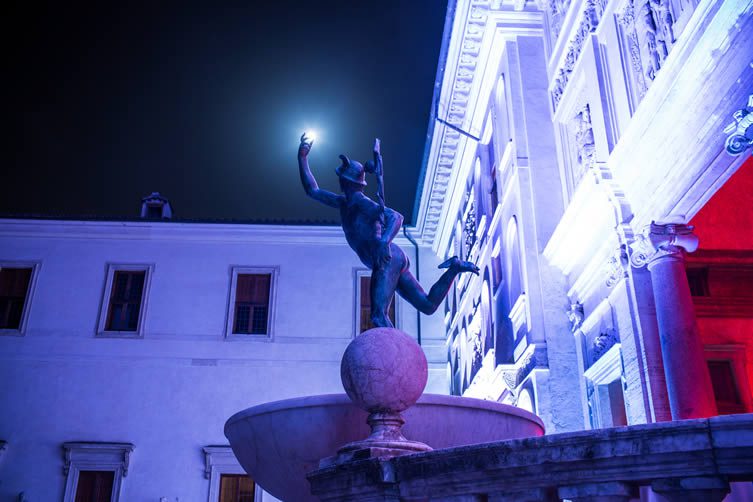 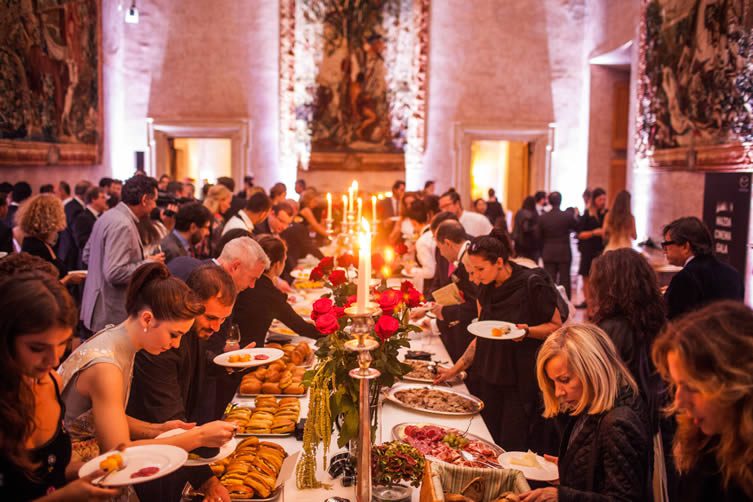 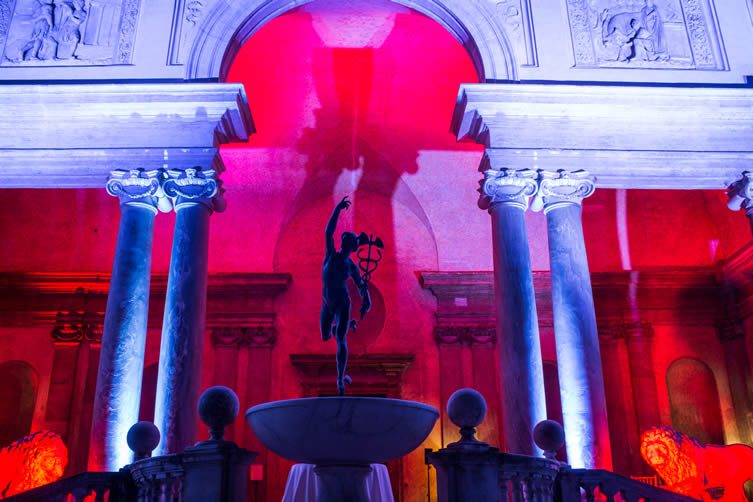 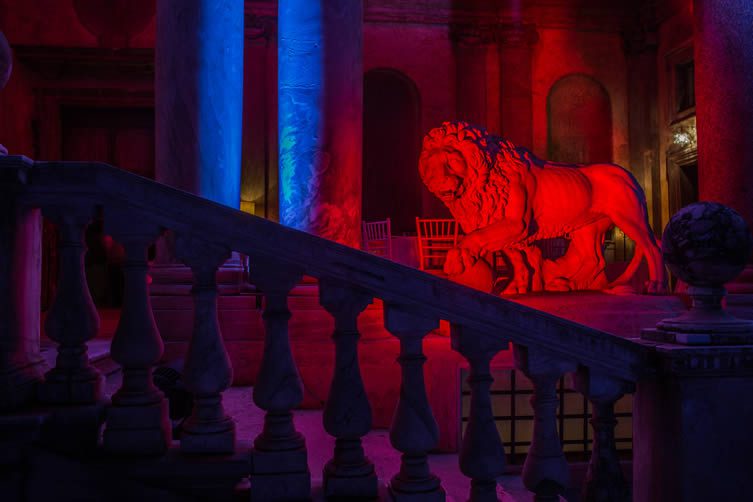 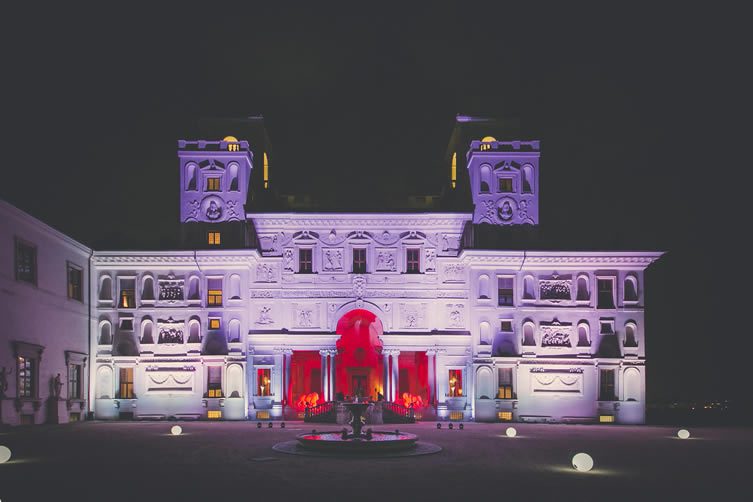 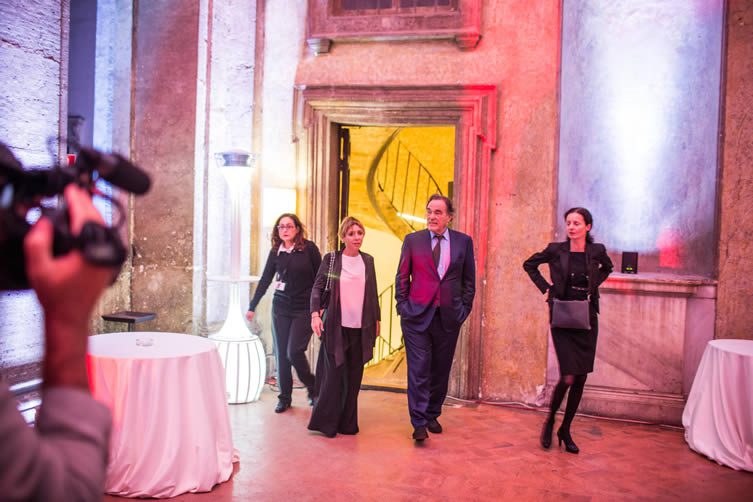 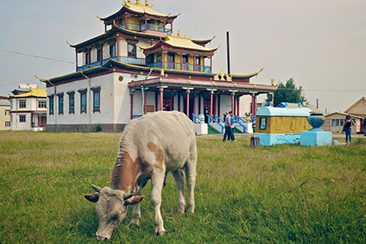 The conclusion of our part in Mazda's epic Hiroshima to Frankfurt journey...

10th August, 2013. It's a hot day in Siberia and we're waiting outside the Ivolginsky Datsan Buddhist Temple, just outside Ulan-Ude - the final stop on our Mazda Route3 adventure. "You'll present this to the Lama" starts our guide, as she passes us... 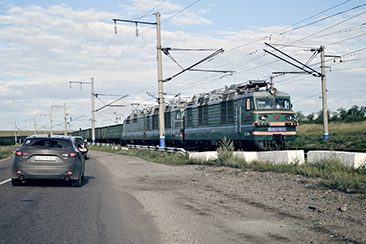 Day three of lending Mazda a hand in their epic Hiroshima to Frankfurt journey...

When your dictator president's PR activity amounts to bare-chested romps through the countryside, reinforcing a façade of virile machismo, it's hard not to harbour stereotypes when travelling through a country's backwaters. Recent state-sponsored... 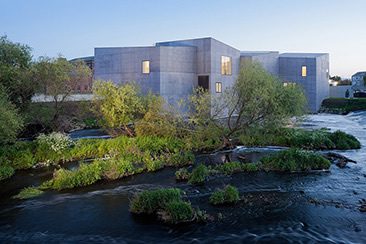 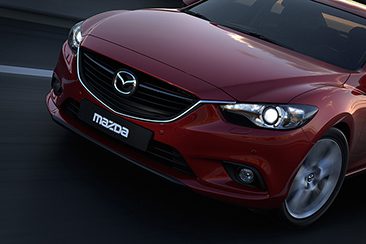 Exploring design and creativity outside the cultural box...

We probably don't need to tell you that as far as mantras go, Think Differently is about as close to encapsulating the We Heart ethos as you can possibly get. Ergo, it's with honour and utmost pleasure that we can introduce a partnership and series...