Cocktails are well and truly back. For a while it looked like mixed drinks would never recover from the naff image they picked up in the ’80s, when they were tainted by the whiff of the city stockbroker, and tragic Del Boy wannabes. To be fair, the cocktail crowd didn’t do their movement any favours in enthusiastically slurping down concoctions cursed with the most revoltingly vulgar names; the inventors of Sex on the Beach (double vodka, sand, brine, melted ice cream and whispered obscenities) and the Slippery Nipple (double vodka, coconut milk and baby oil) in particular should have a long look in the mirror.

Of course, cocktails were once the height of sophistication – during the inter-war years it was unthinkable to sit down to dinner without first oiling the digestive gears with a couple of apéritifs – and the recent explosion of cocktail bars in cities across the world suggests that cocktail hour has arrived again. This time around, though, things have moved on considerably. No one is throwing bottles around any more (‘elf and safety, see), and paper umbrellas are also history. Bartenders have been rebranded as mixologists, premium spirits are a requirement rather than a luxury, and the creative process is equal parts food science and invention, with a sparing dash of theatricality very much an optional addition rather than the cocktail’s raison d’etre.

Worked up a thirst? London’s cocktail scene continues to boom – recent openings more frequent than a side of dry ice with your preferred tipple. In collaboration with fabulous spirit-fiends thebar.com, we’ve saved you the trouble – rounding some of the best, and most exciting forthcoming new spots around town. Thank us in the morning… 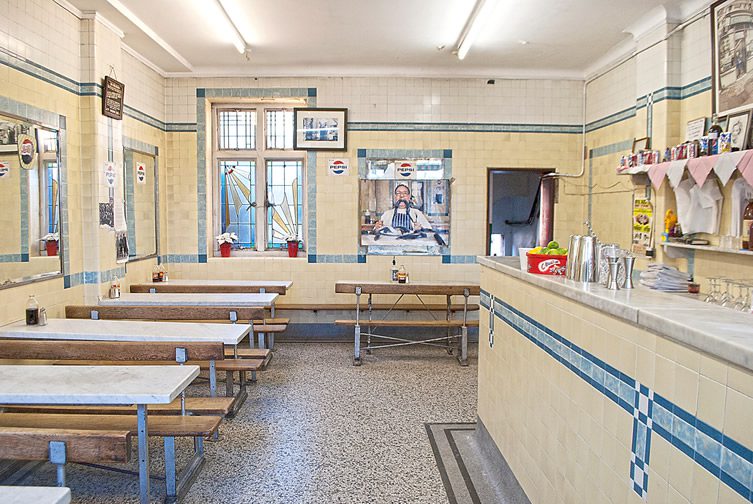 The chaps are off picking juniper berries in India at the moment, but Peters & Co Gin Palace on Broadway Market is slated for a 2 May re-opening. When it’s up and running again, this perma pop-up is a gin lovers’ idea of heaven, with more than 30 varieties of the stuff on offer, including some distilled on the premises of the F Cooke Pie and Mash shop. Seasonal and medicinal cordials are also a speciality, although how well you’ll feel after a session here remains to be seen. 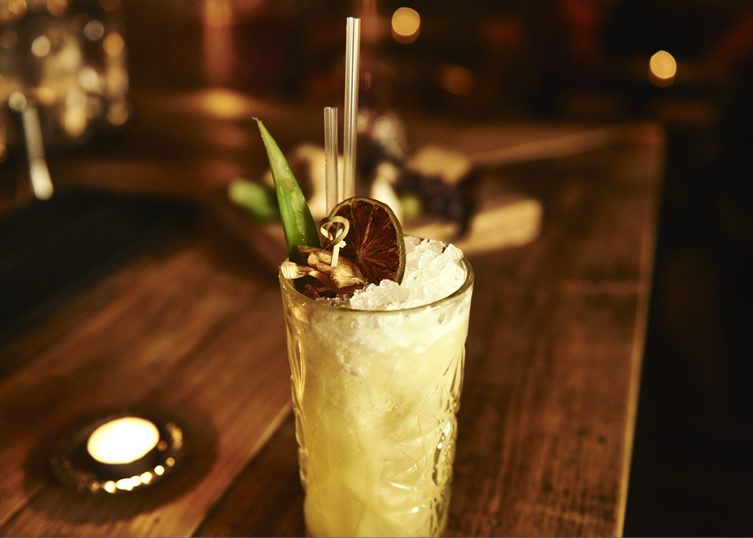 Once a storeroom for a budget gentleman’s outfitters near Petticoat Lane, Discount Suit Company kept the sign, although now all the measuring is done with optics and suits are very much optional at this relaxed hangout. A menu of forgotten classics is a lovely throwback – the Charlie Chaplin from the 1920s Waldorf-Astoria in New York and the 19th Century Harry Johnson cocktail Marguerite are among the intriguing offerings. 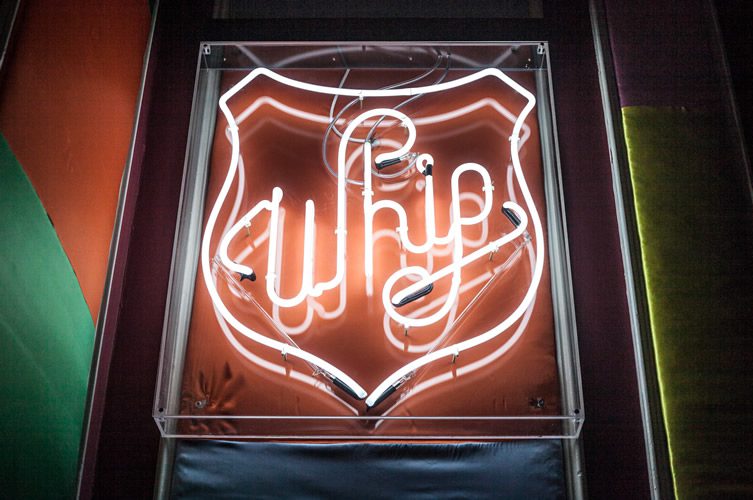 Put away all thoughts of S&M, this is an equestrian-themed bar with an exclusive Mayfair address above Bond Street pub The Running Horse; think jockey silks colour scheme and horsey memorabilia aplenty. The drinks revolve around the julep, a concoction historically connected to the Kentucky Derby races and a refreshing antidote to the heat of the south. James Chase, of Chase Vodka, is the brains behind the operation, so you can be sure to have your tastebuds tickled by the very best liquor. 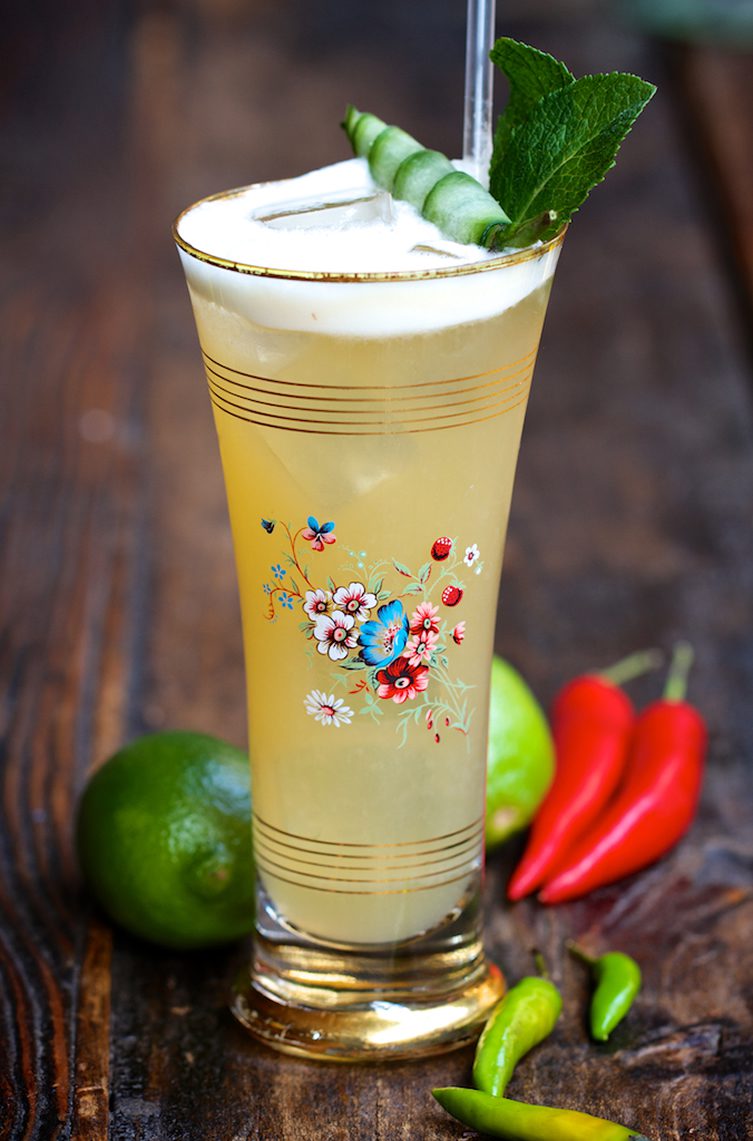 The traditional East London pub on the corner of London Fields and Broadway Market has just finished a major restoration – under the stewardship of the team behind Ruby’s in Dalston – which accentuates the venue’s history, and the drinks menu has a strong regional flavour too. Pearl’s is the upstairs bar where the cocktails flow, and with names like Nellie’s Frisk and Ethel’s Wish, it’s impossible to forget where you are, even if you overindulge. 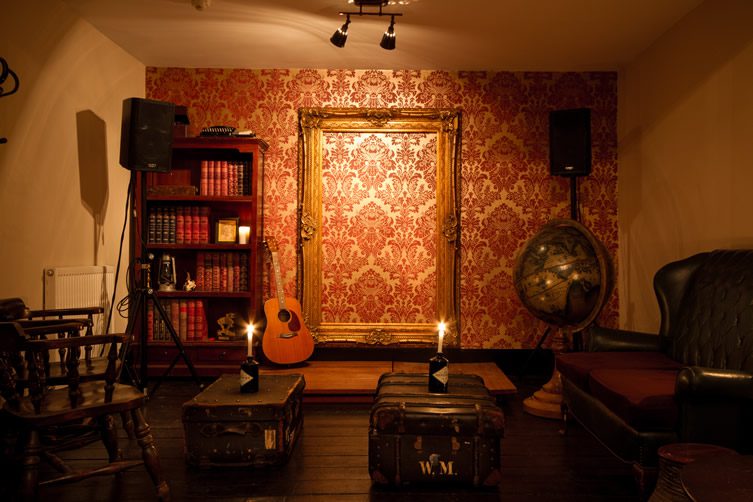 Made in the Shade Hoxton

They say the devil is in the detail, and if that’s true, Made in the Shade’s patrons are getting a one-way ticket to Hell, first class. The ice, for example, is hand cut in different shapes for different drinks, not only suiting the shape of the glass, but also reducing dilution and keeping the drink colder for longer. Not that the drinks will be spending too long in the glass. Internationally acclaimed mix master Jim Wrigley is running the show. 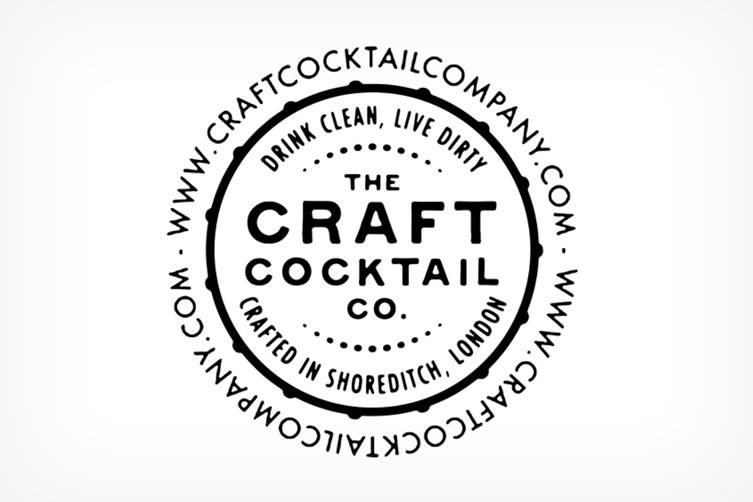 Having worked out a way to prepare top-notch cocktails served on tap, Craft Cocktail Company, who are responsible for the London Cocktail Clubs around the city, are set to open their own place in an archway on Bethnal Green’s Paradise Row in May. The bar will be right next door to where the drinks are produced, and promises to pair the novel drinks concept with an upbeat, down-to-earth atmosphere. 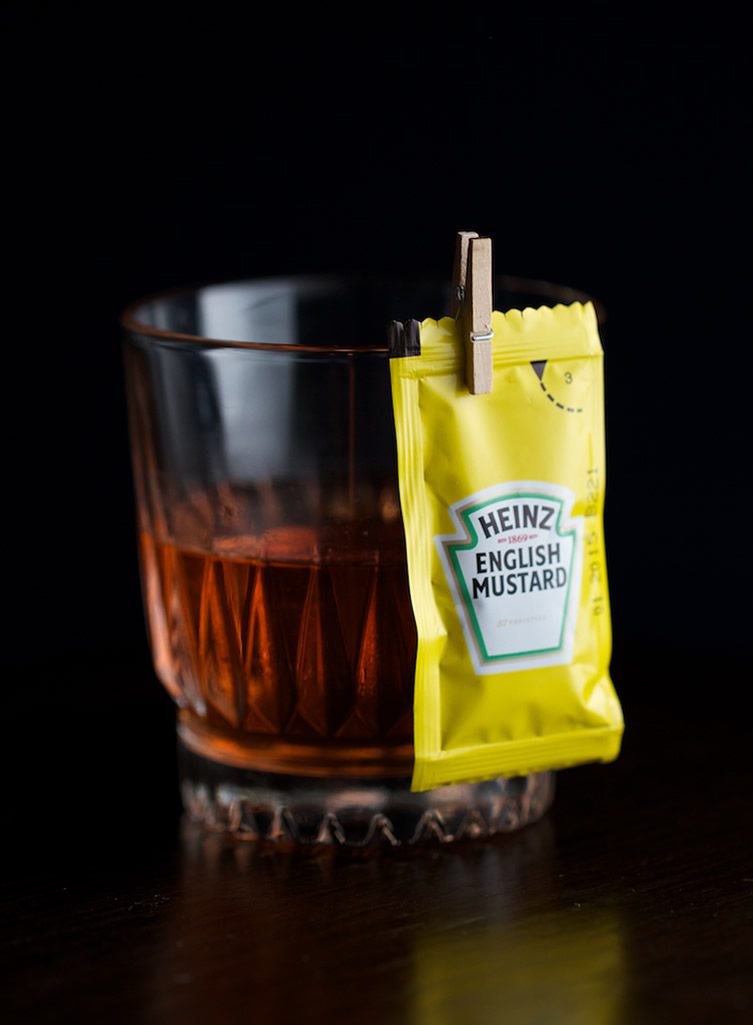 The brilliantly inventive Matt Whiley, who came up with the wheely bin cocktails complete with sachets of “bin juice” at The Talented Mr Fox, has made the move to the bar at Bethnal Green’s Town Hall Hotel. The big theme here is on-site distillation; vodka, gin and liqueurs are all being made on the premises. Salt beef bagel cognac and Marmite vodka are among the more unusual ingredients to sample. 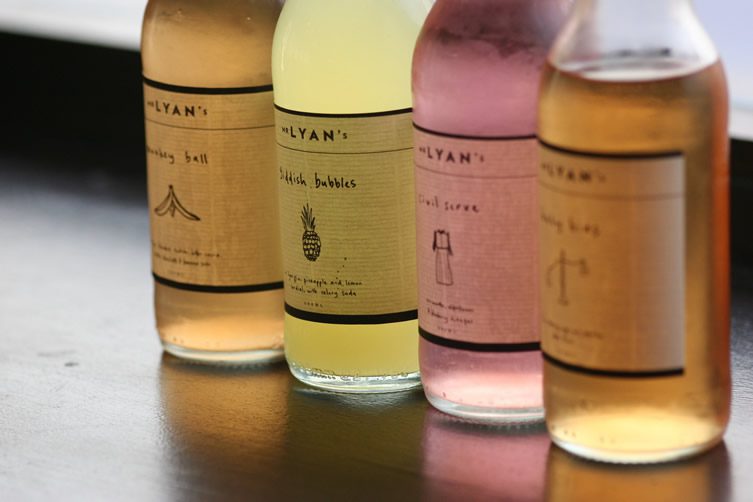 Ryan Chetiyawardana’s place in Shoreditch is something completely different. The traditional bottle-stacked bar is out in favour of fridges which hold pre-mixed drinks laboured over before the place to cut waiting times. There’s no ice (yes you read that correctly), no sugar, citrus fruit or other perishables used, it stocks one beer, and there’s no ordering off the menu. Like a strict schoolmistress, this one will make a lasting impression. 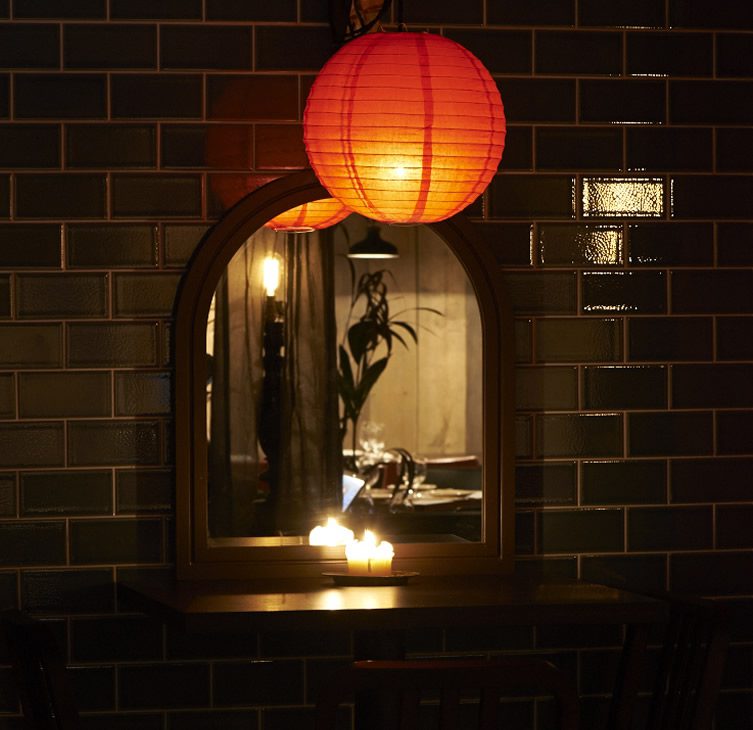 London waits outside on Kingsland Road as you step into Vietnamese territory – namely the exotic and esteemed Viet Grill. In a lower corner of the dining area, signposted by the lanterns that hang overhead, you’ll find Little Red Staircase. Small in size but packed with personality, this is a bar lifted straight from the backstreets of Saigon, with a South East Asian-inspired drinks list to match. Một, hai, ba, dzô! 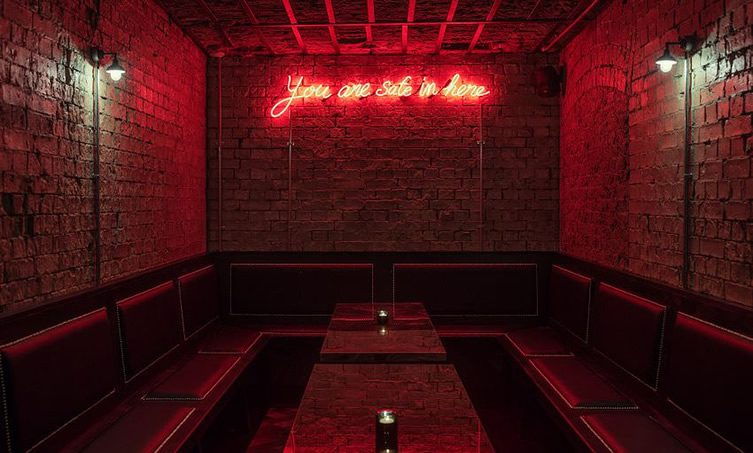 Not a tribute band to the English pop-rock experimentalists, but a full measure of a cocktail bar chic with that hard-to-find entrance that recalls the speakeasies of the Prohibition era. Enter Harrild & Sons on Farringdon Street, and head to the back left where you’ll find the secretive staircase down. Creating an intimate feel has been the key to 5CC’s success at previous venues, and this one boasts a super-exclusive little hideaway to the side of the main bar. 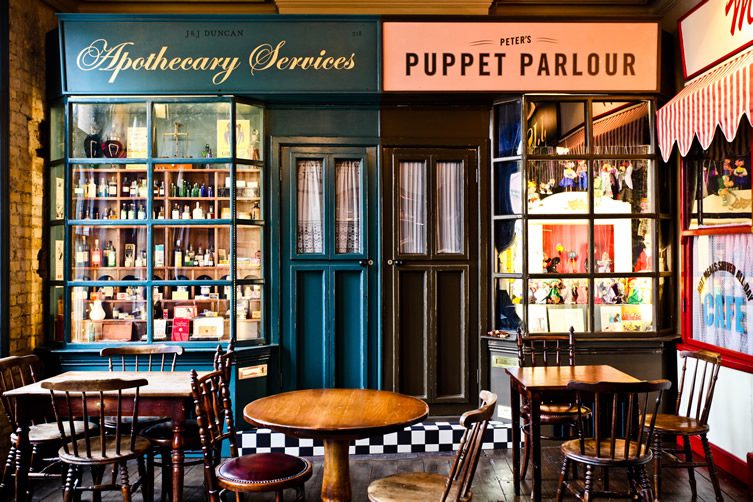 The Crown and Shuttle used to be a Shoreditch strip club, so we’re not venturing any guesses as to what used to happen on the first floor, now a cocktail bar called Upstairs at Nancy’s. What we do know is what’s happening now, and that’s a supercool little bar which serves up just two exclusive cocktails, as well as a selection of drinks from the pub below. It’s a handy size if you’re looking for a party venue, and the whole place can be booked out for 40 people.

To make your own cocktails at home visit uk.thebar.com for loads of recipes