“Hei, fancy a visit to our Solar Kitchen?”
“Sure, I’ll be there Friday.”

That’s how quickly I found myself in Helsinki to meet chef and serial collaborator Antto Melasniemi. The restaurateur, cook, performer and musician – dressed in crazy Alpine glasses – is quite the character. Between the stove and his iPhone, I seriously cannot comprehend how he can juggle the various projects he’s currently working on: Kuurna, Ateljé Finne, Putte’s, Kellohalli, and the previously featured HelYes! – and, of course, my reason for actually being here in Helsinki, the Lapin Kulta Solar Kitchen.

I’m pretty lucky, the sun is out after a week of rain, the solar stoves are on and there is food in the pot. We sit outside Melasniemi’s KelloHalli restaurant where the large metallic heat sources sit facing the sun like buttercups. Antto is friendly yet easily distracted, glancing around, checking his phone and answering my questions.

Melasniemi is so on top of every little detail here, from front to back of house, a wave of admiration seeps in. I tuck into ‘ox’ bean (broad beans, I think) stew with super crispy and fresh salad. He tells me the beans come from a friend who runs an organic farm nearby. They’re teamed with red, green and yellow young crunchy peas, cherry tomatoes and lightly pickled chanterelles. An absolute joy to eat, you can tell the raw ingredients are super fresh and straight off the vine or patch. 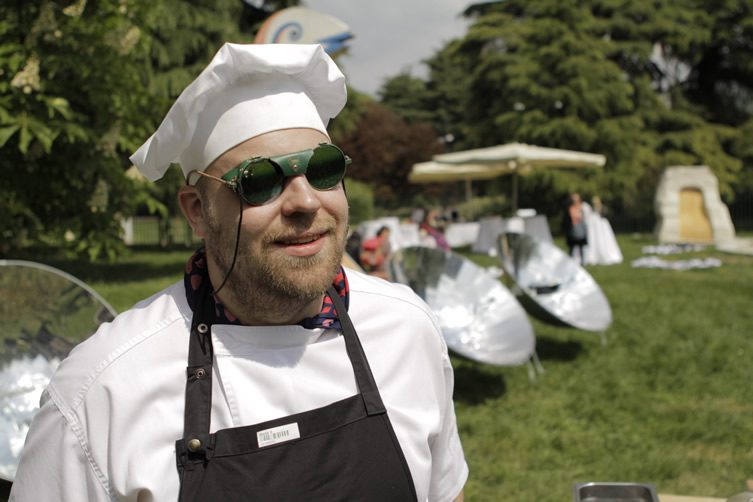 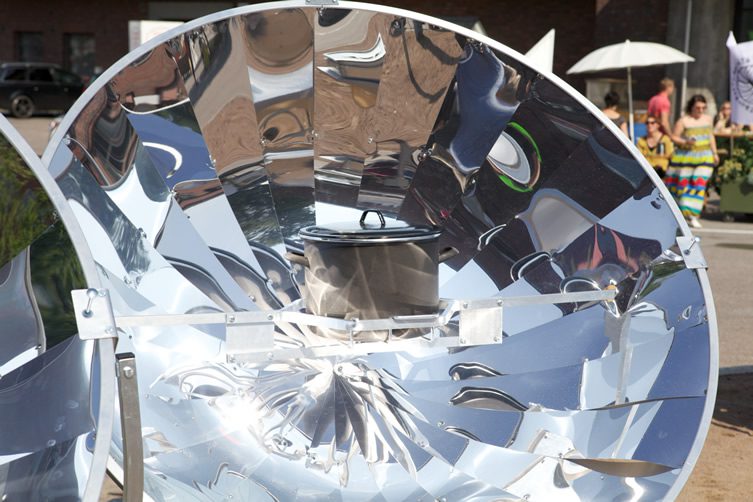 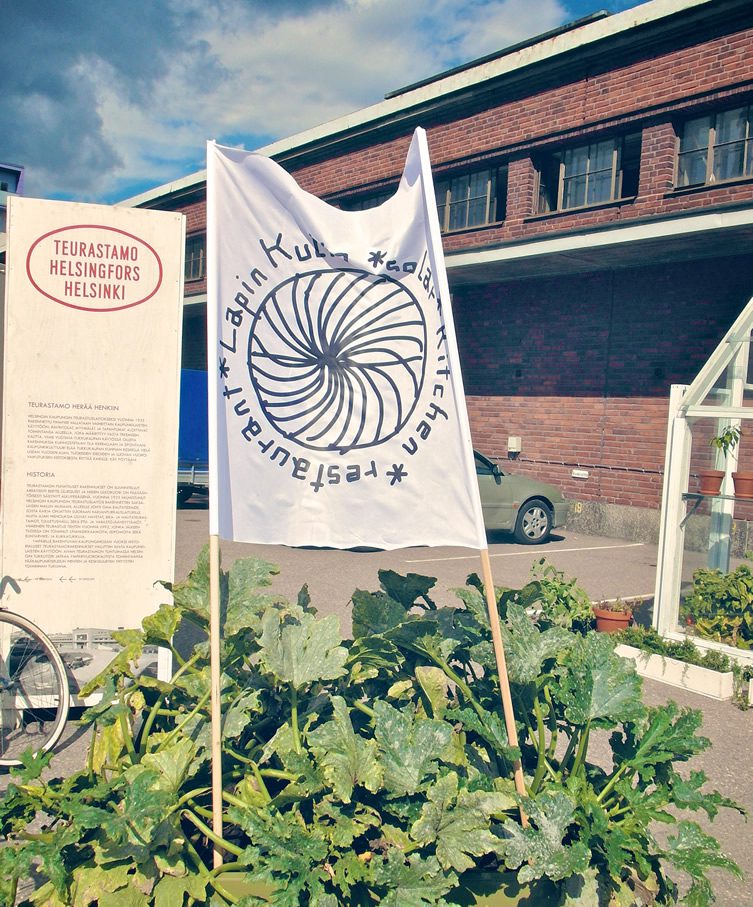 So I really need to know; how does the Solar Kitchen work?

“It’s like a magnifying glass but in reverse, there are mirrored panels, its pretty low-tech”, explains Antto. “I really wanted to collaborate with Martí Guixé [acclaimed Spanish designer and Melasniemi’s partner in crime on this project] so we came up with the idea. Essentially you cannot store the solar power – it is immediate. When the clouds come, it is like a power cut”.

And how did all this come about?

Well we’ve (with Martí) seen them around. He had one in Barcelona and we came to the idea of working with this beer brand (Lapin Kulta) where they asked us to do something for them. And we thought about the connection to nature, the sun, we thought it be nice to explore that. Solar kitchens are usually used in third world countries and we wanted to see if a fine-dining element would work. Essentially we wanted to do something different.

Usually chefs are like gods, they have ultimate control over water, heat, ingredients and the elements, you know? But here it’s the other way round, the sun is completely controlling us. Were searching those limits. 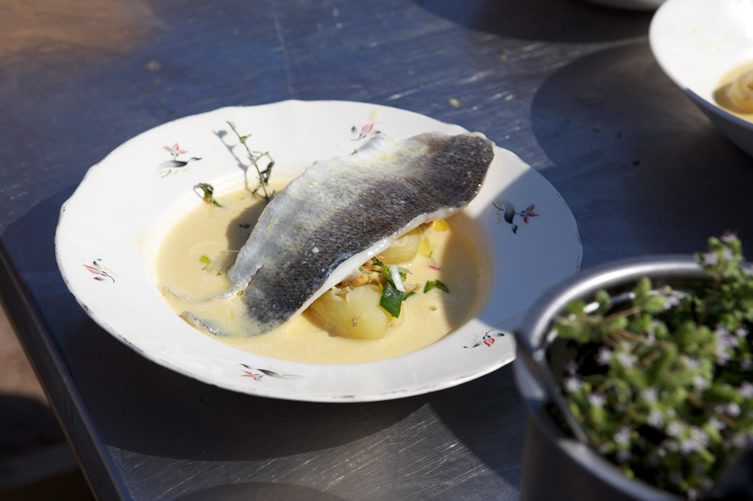 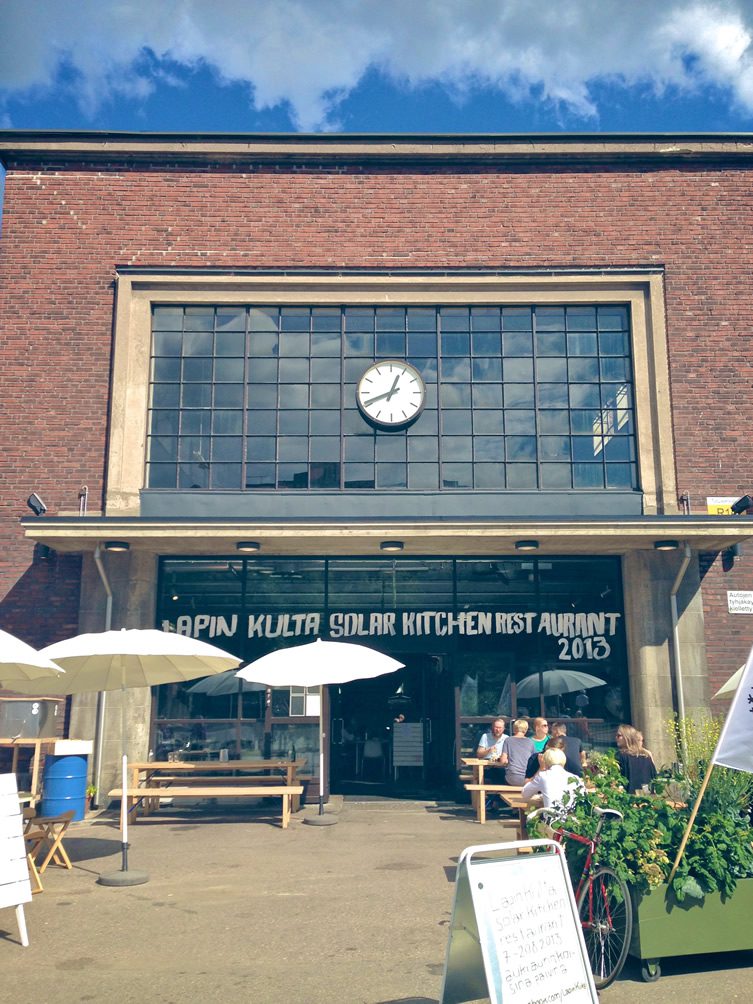 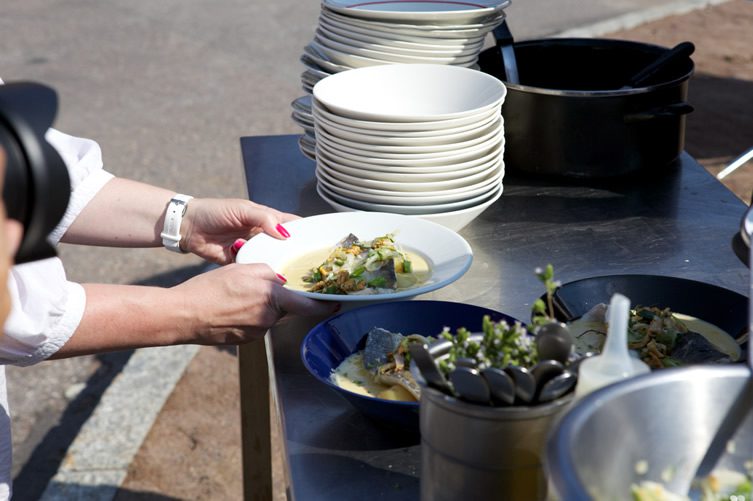 Some could say The Solar Kitchen is a little gimmicky, but you’ve been running it for three years now – where else has the kitchen popped up?

Yeah, we’ve run the kitchen in Japan, Finland, Italy and the Arctic Circle – where it was minus 28 Celsius… it was beautiful.

So how can you make this into a business? It’s so unpredictable (at least in Europe)…

It is risky, but we have raw food on the cloudy days. I mostly cook vegetables and fish because the cooking process is very delicate and the ingredients keep their colour.

Where do you source your produce from?

A biodynamic farm called Kaupunkilaisten Oma Pelto. I work closely with local farmers and they give me whatever is in season. We always know where our produce comes form.

Can you describe your cooking style in just three words? 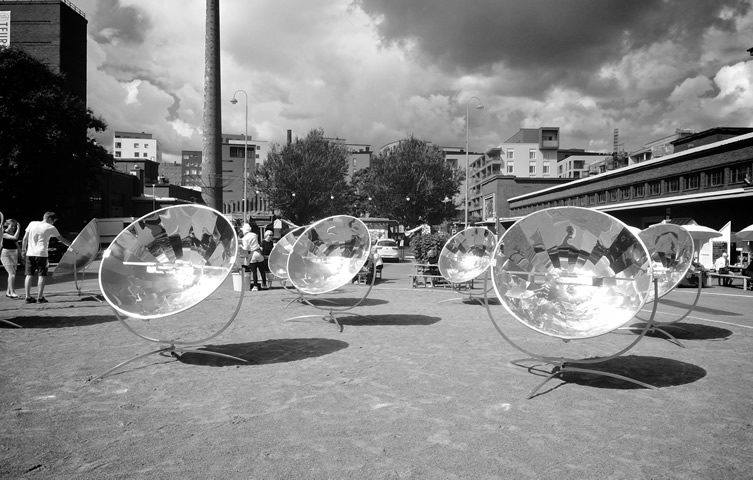 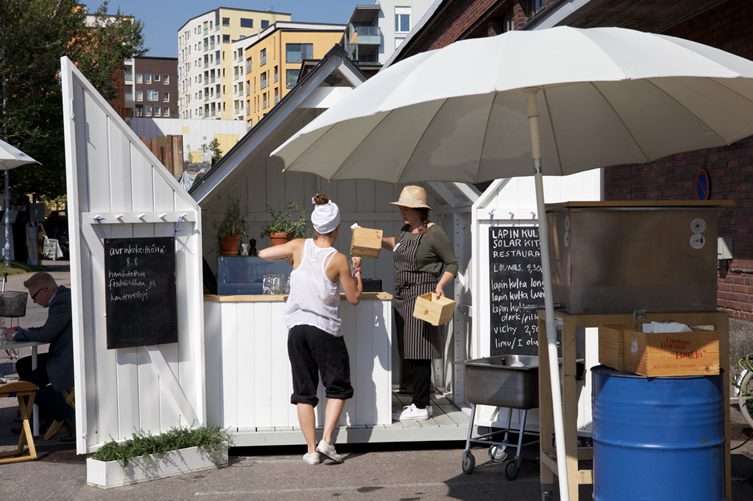 The Lapin Kulta Solar Kitchen sits outside the old Teurstamo abattoir site where Melasniemi’s KelloHalli restaurant resides. Open plan with only a bar, a kitchen and some lightwood dining benches, it’s almost left in its former abattoir state. With a real casualness to it, everyone and anyone eats here; young families, business types, cool kids, it is so unpretentious it kind of hurts.

Although not in the centre of Helsinki, it is a popular spot. A visually imposing location in the process of regeneration, it’s perfect for the various projects that Antto, and others at Teurstamo, can embark on – a wanderlust variation of multi-disciplinary food adventures. 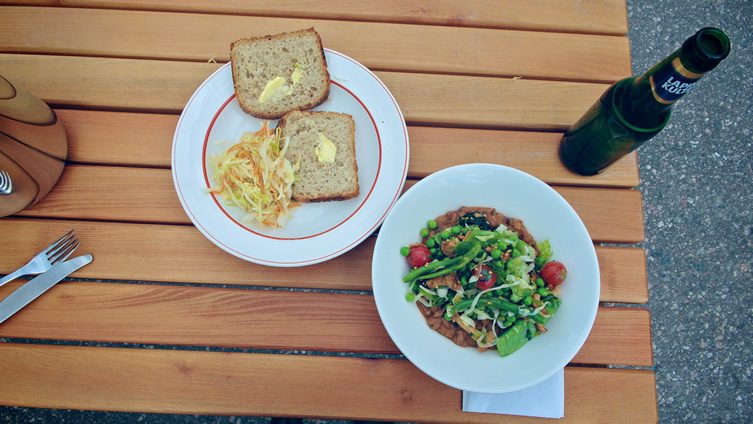 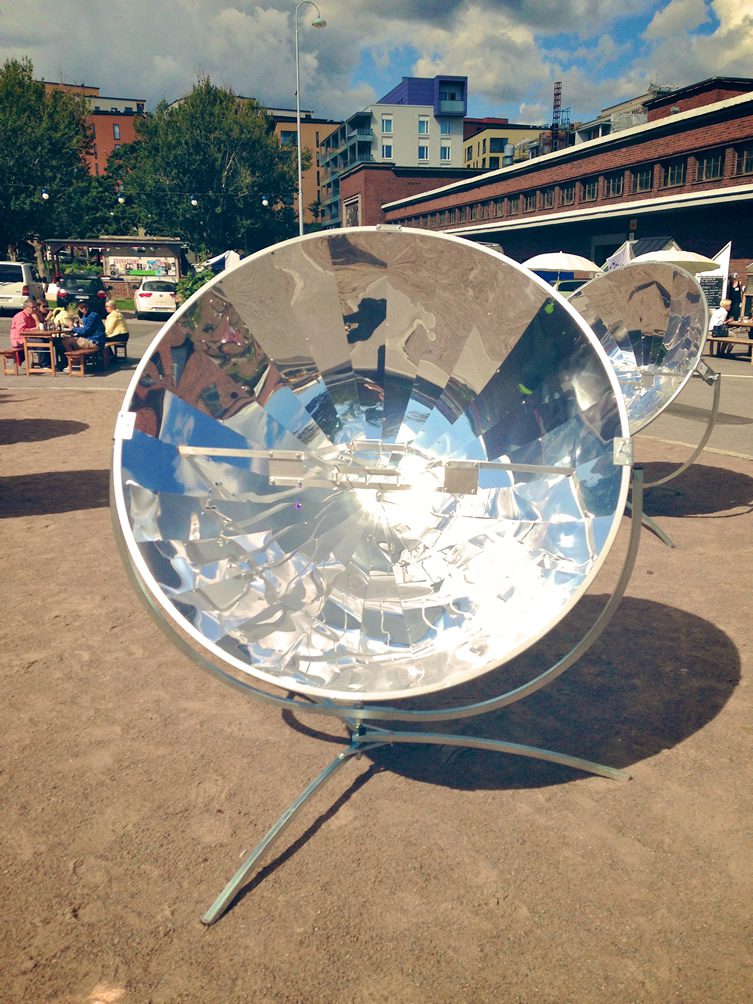