When eating at Grain Store at King’s Cross’ Granary Square, it’s hard to tell where the kitchen ends and the dining area begins. Russell Sage Studio (responsible for eccentric wonder The Zetter Townhouse) and chef Bruno Loubet have created an exploded kitchen, where the tables have the same steely glint as a knife, or the same chunky solidity of a chopping block.

Loubet has enjoyed great success since returning from a seven-year stint in Australia. He has created a menu that encompasses his worldwide travel, though not strictly composed of vegetables he puts them at the heart of his dishes. Grain Store is located in the heart of London (a new staple for a revitalised King’s Cross), and enjoys a sizeable outdoor dining space surrounded by the legacy of the industrial revolution – large Victorian warehouse conversions that have been given an interesting blue flash (like a giant reflection off the surface of nearby Regent’s Canal) by Felice Varini’s Across the Buildings. Some great old features of the original building remain inside, like the triple brick arches in the main dining area. Characterful yet fresh, Loubet’s Grain Store could be the taste of summer 2013. 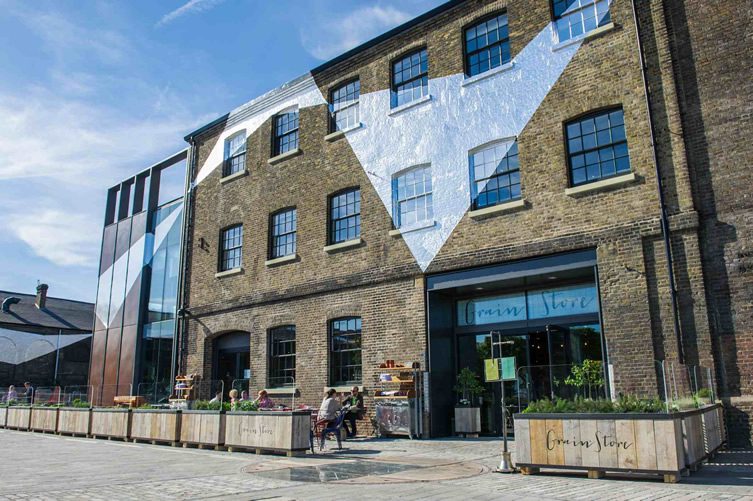 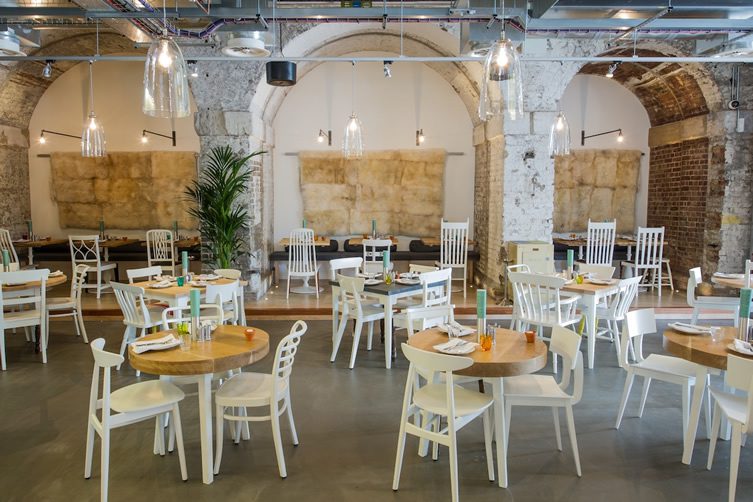 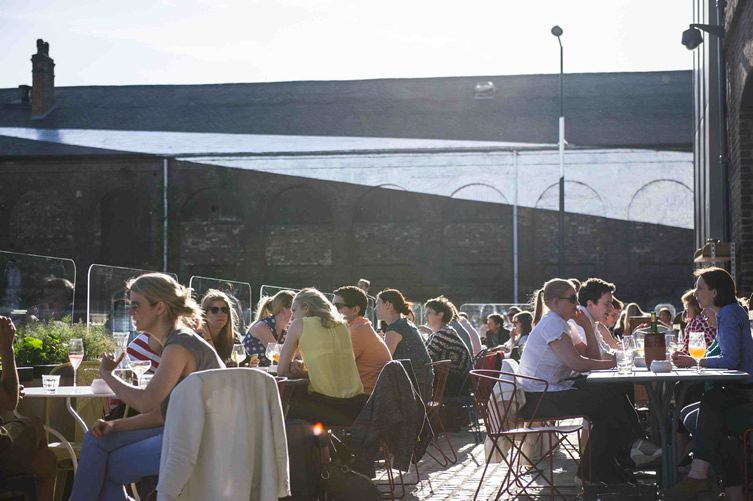 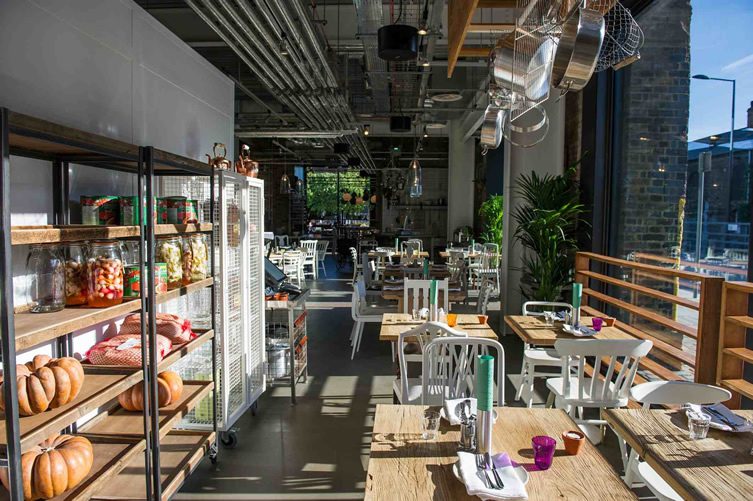 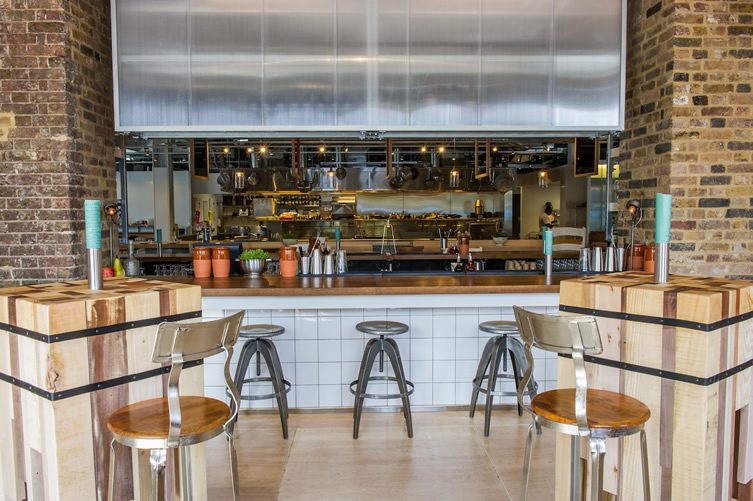 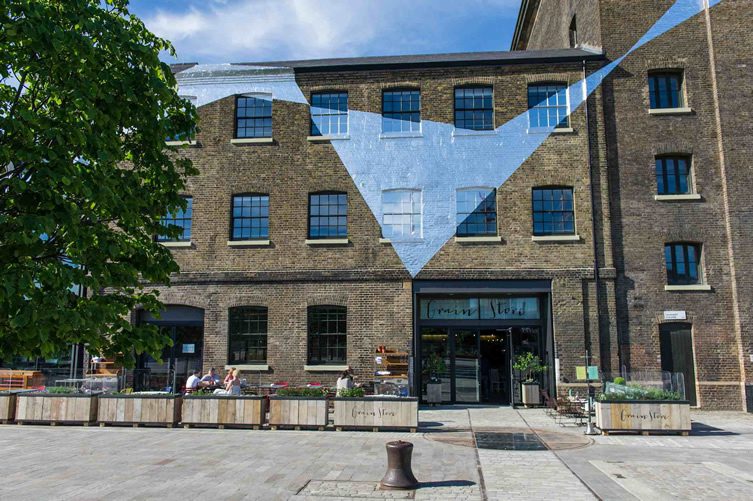 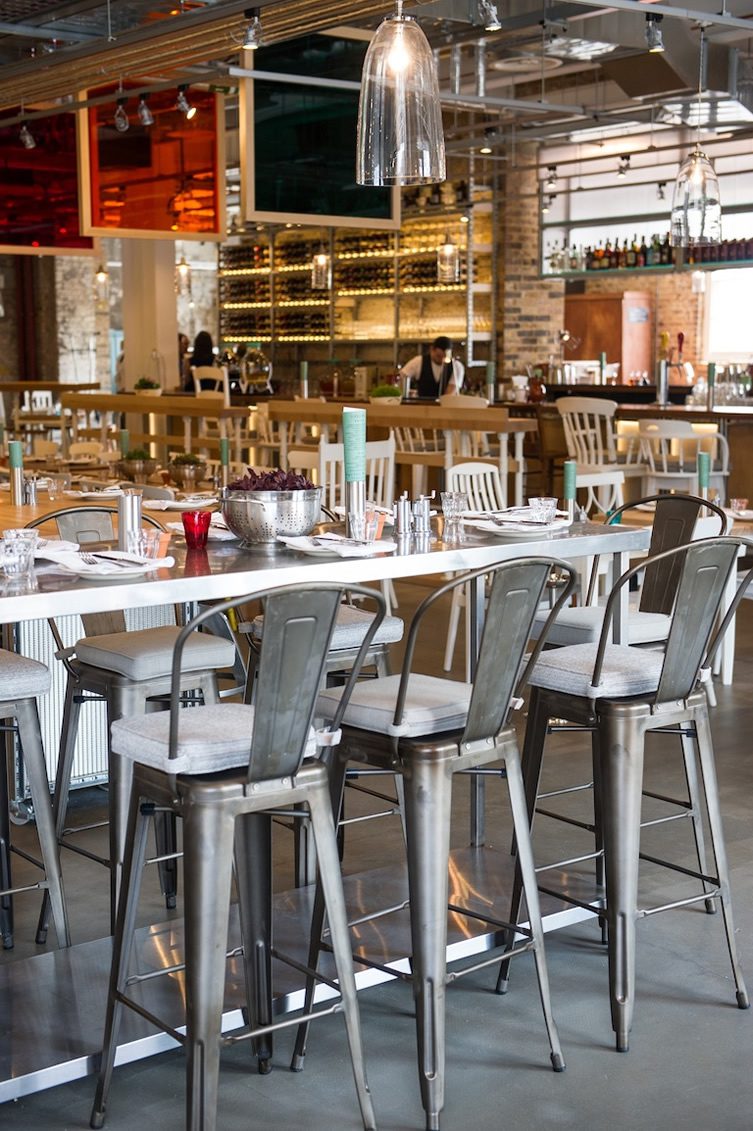 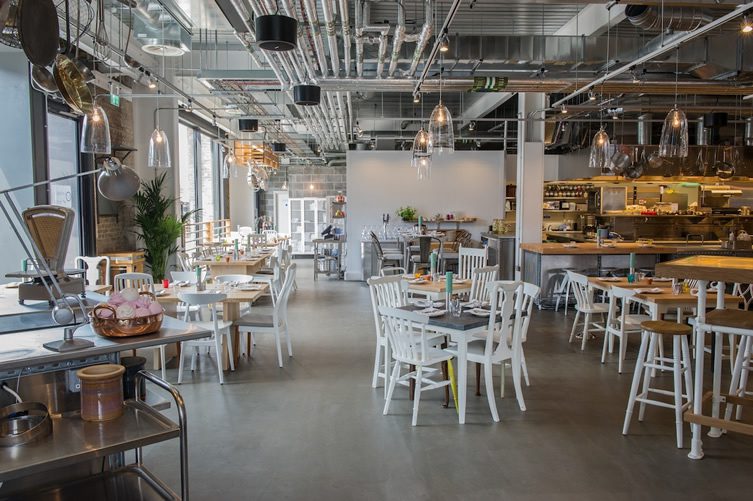 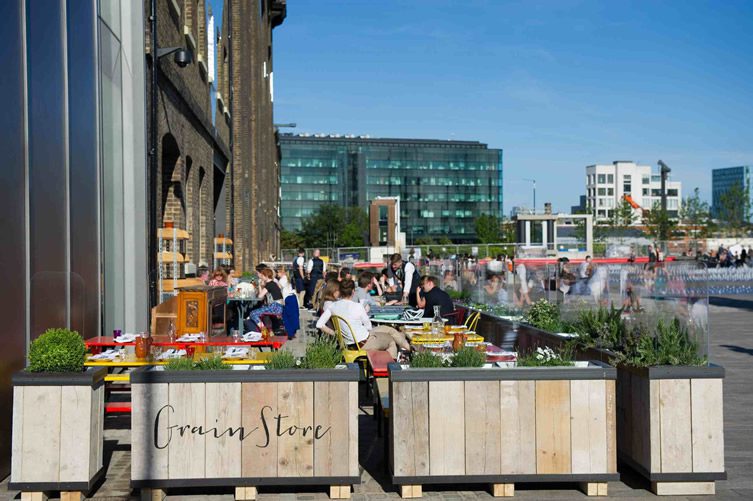