You have to have a specific point of view to enjoy Swiss artist Felice Varini’s new installation in King’s Cross, London – such is the scale of Across the Buildings you can only see the whole silver spectacle from one special spot.

The 542 metre work, commissioned by the RELAY arts programme, stretches across several massive Victorian heritage buildings, remnants of the industrial era, such as The Granary Building, Midland Goods Shed and The Fish and Coal Offices. From one angle Varini’s work looks like the livery of a cruise ship, but viewed from its special platform front on, the full effect is revealed. So how did he do that? Well as you can see from our pictures, it was more than a one man job. A special camera was brought over from France to project the image onto the buildings, then a team of assistants traced around the projection, before it was “filled in” with reflective vinyl. The work will be highly visible until the autumn. 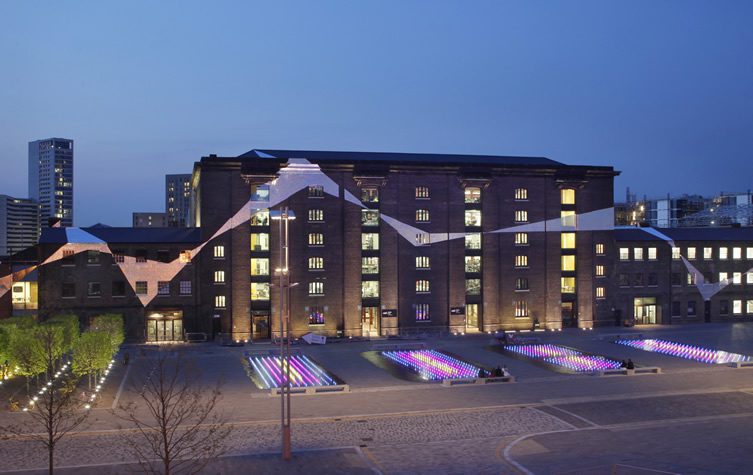 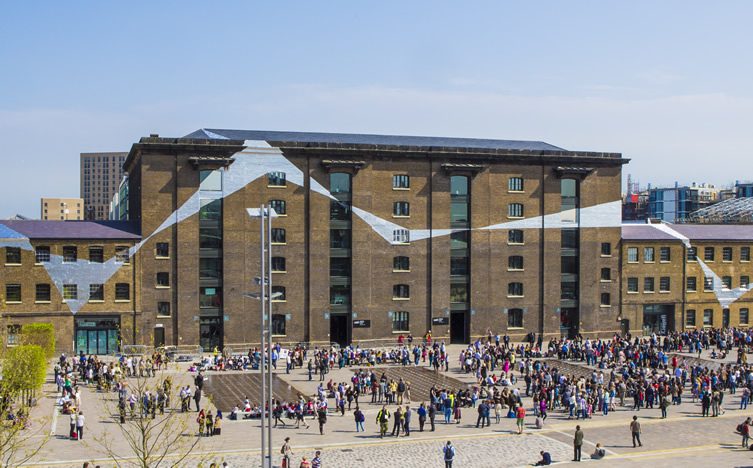 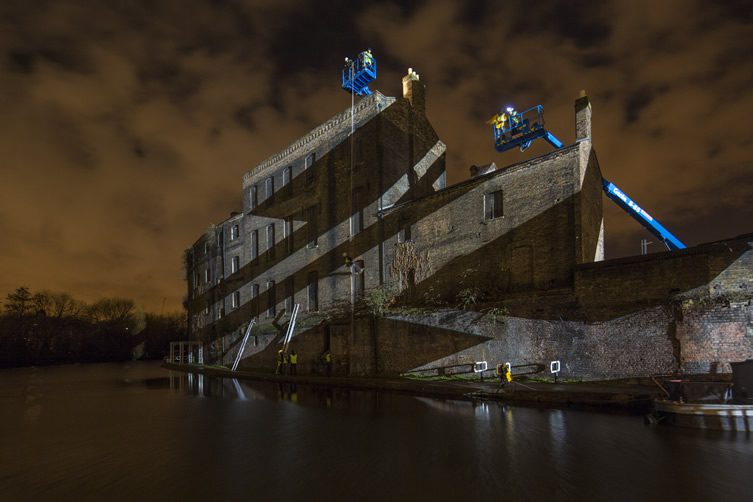 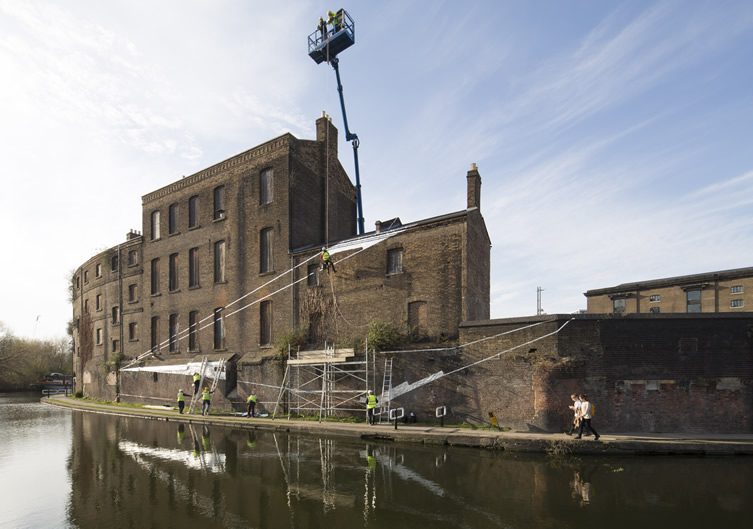 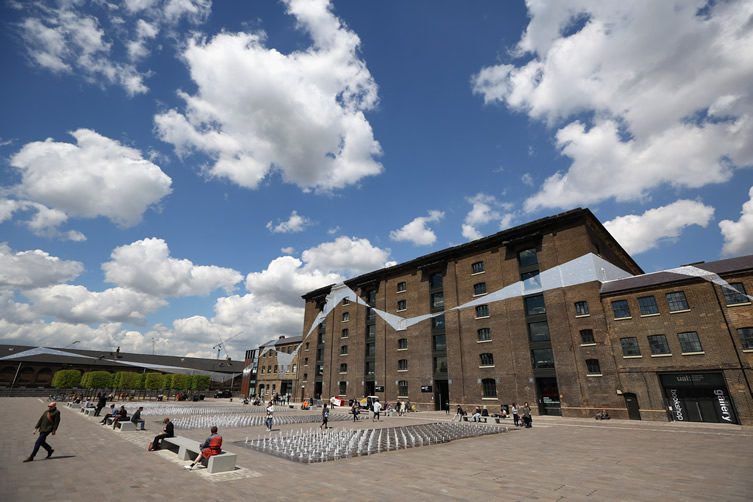 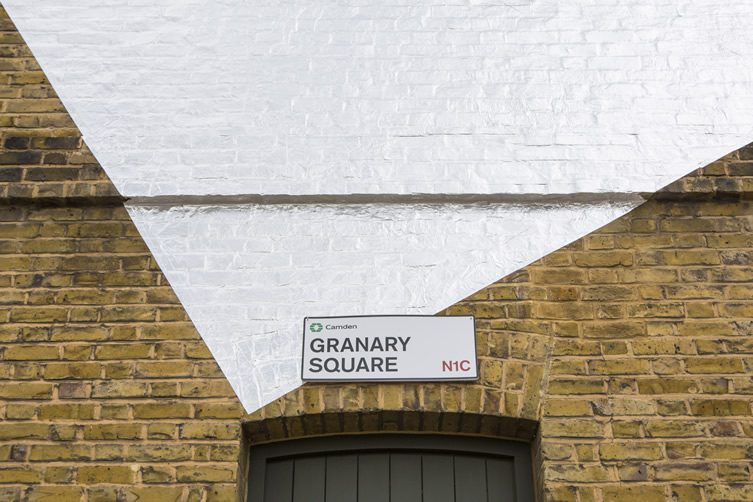 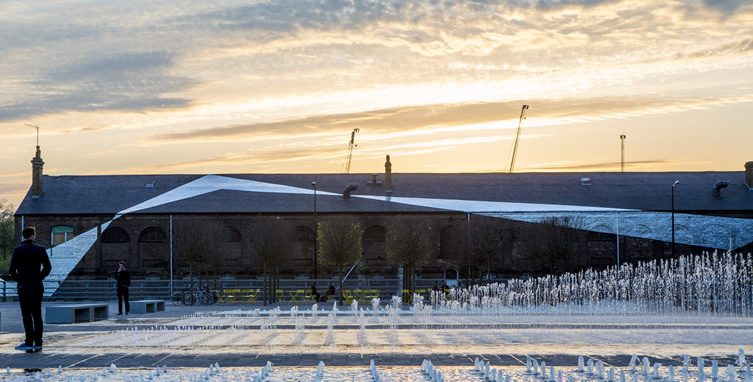