In his poignant and inspired canon of work, New York-based documentary photographer, Peter van Agtmael, has cast a critical eye on the United States and its post-9/11 wars since 2006; receiving a Guggenheim Fellowship, several Pulitzer Center Grants and a Magnum Foundation Fellowship (plus more) along the way.

Look at the USA, is a particularly powerful series from that body of work and can currently be found on display at the Bronx Documentary Center. Curated by the photographer alongside Bonnie Briant, Michael Kamber, Cynthia Rivera and Paul Stremple, it concentrates on the fault lines of the post-9/11 United States, at home and abroad; 128 photographs spanning 2006 to 2021 examining the war in Iraq and Afghanistan, their consequences, wounded soldiers and the families of the fallen. 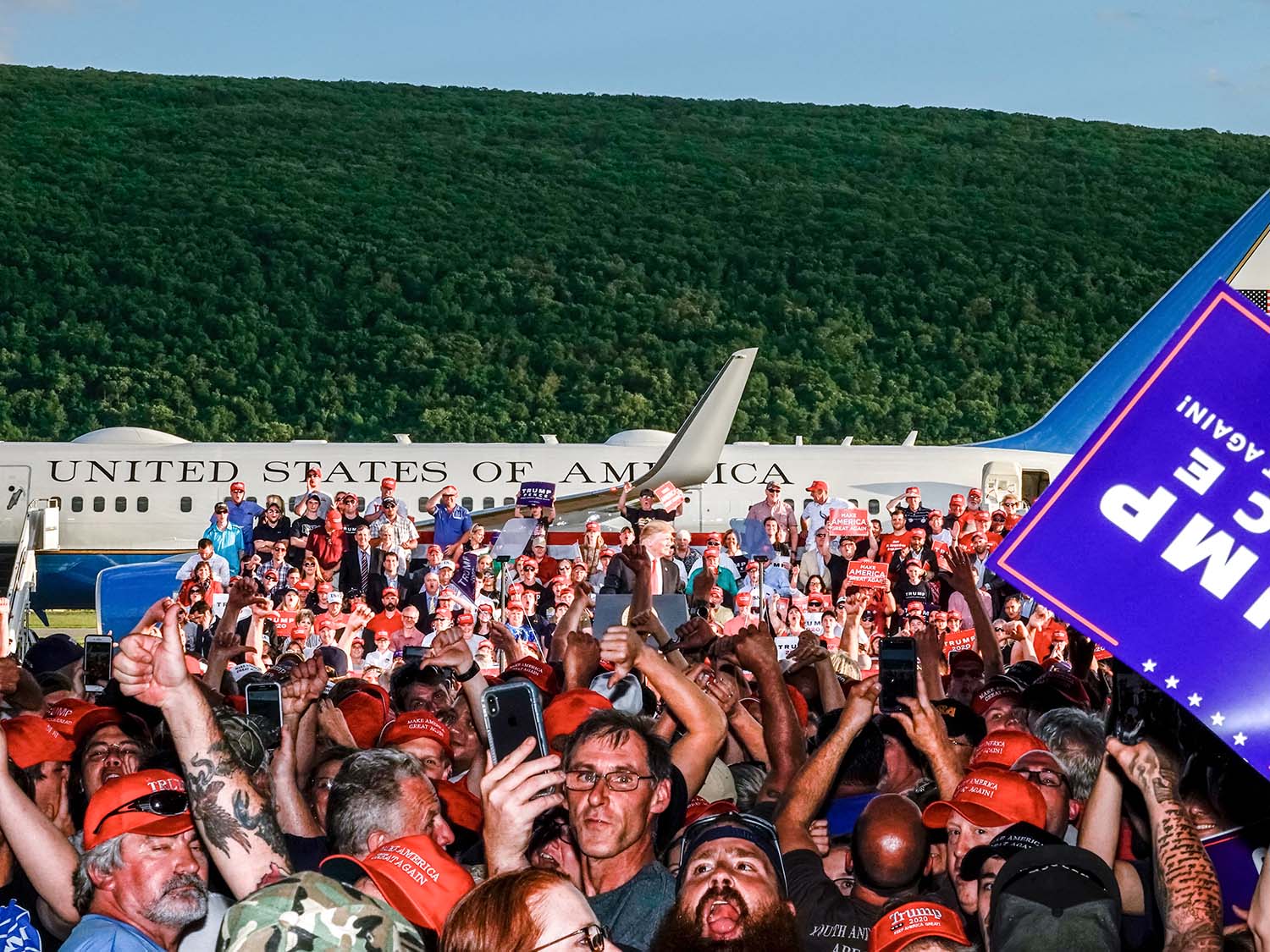 President Trump complains about the media during a campaign rally. At each of his campaign events, he stokes anger at the “fake news,” and much of the crowd turns around to boo the media and give us the finger. Yet when we talk to Trump’s supporters before and after his speech, they are generally kind and polite. Still, after a violent encounter with a mob in Egypt, I know how quickly and easily groups of people can turn when inflamed. Montoursville, Pennsylvania. USA. 2019 © Peter van Agtmael / Magnum Photos

Texts accompanying the photographs stir emotions, the words as potent as the images and intended to provide broader political and historical context alongside van Agtmael’s complex motivations. “Women sob as soldiers arrest their family,” starts one such text from the war in Iraq. “It was one of my first raids in Iraq. At the time, I felt almost no emotion. I was consumed by the novelty and the mania. We got back to the base as the sun was beginning to rise. I opened the door to my trailer and turned on the buzzing fluorescent lights. I was ashamed of my excitement, and tried to convince myself I wasn’t really feeling such joy to be at war. I went out on raids every few nights for the next two months. By the end of my time there, the adrenaline had been taken over by sadness and unease and I would collapse on the bed and fall into dreamless sleep.”

Elsewhere, the heinous reign of one former reality TV star; the States’ continued obsession with the shock and awe of weaponry and military muscle flexing; the inbalance of white privilage, and the unease of the American empire all feature. The title of the show born from a library book the photographer found at Baghdad College, a prestigious high school for boys founded by American Jesuits in Iraq, Look at the USA remains on show at the Bronx Documentary Center until 26 June. 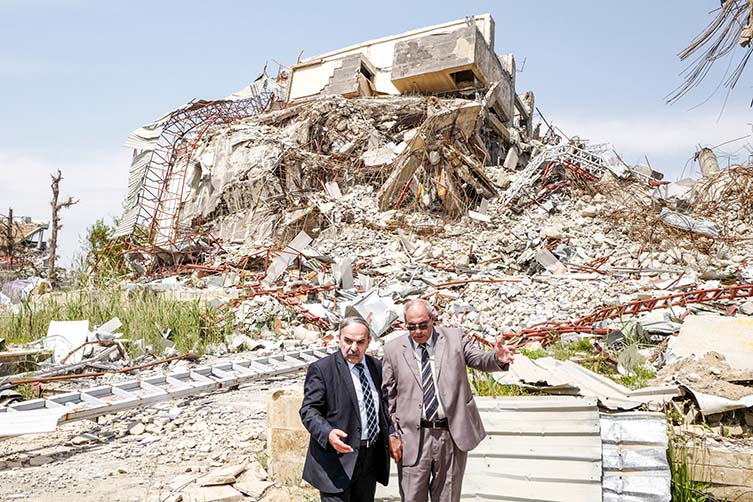 Administrators survey the ruins of Mosul University in East Mosul as the battle continues to rage on the west side of the Tigris River. They grudgingly evacuated out of range as a mortar barrage crept closer. Despite the nearby danger, hundreds of student and faculty volunteers rallied to clean and restore the damaged buildings. Before ISIS occupied Mosul, the university was one of the largest and most important educational and research institutions in the Middle East. During ISIS’s reign, it is estimated that 8,000 books and over 100,000 manuscripts in the library were destroyed. Mosul. Iraq. 2017 © Peter van Agtmael / Magnum Photos 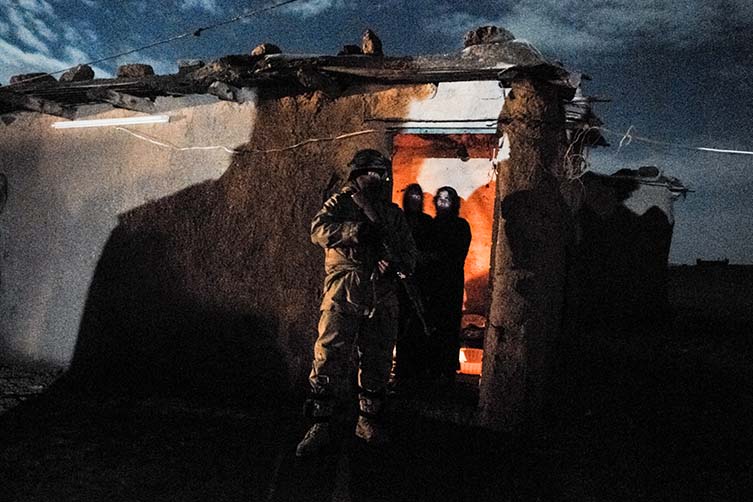 Women sob as soldiers arrest their family. It was one of my first raids in Iraq. At the time, I felt almost no emotion. I was consumed by the novelty and the mania. We got back to the base as the sun was beginning to rise. I opened the door to my trailer and turned on the buzzing fluorescent lights. I was ashamed of my excitement, and tried to convince myself I wasn’t really feeling such joy to be at war. I went out on raids every few nights for the next two months. By the end of my time there, the adrenaline had been taken over by sadness and unease and I would collapse on the bed and fall into dreamless sleep. Mosul. Iraq. 2006. © Peter van Agtmael 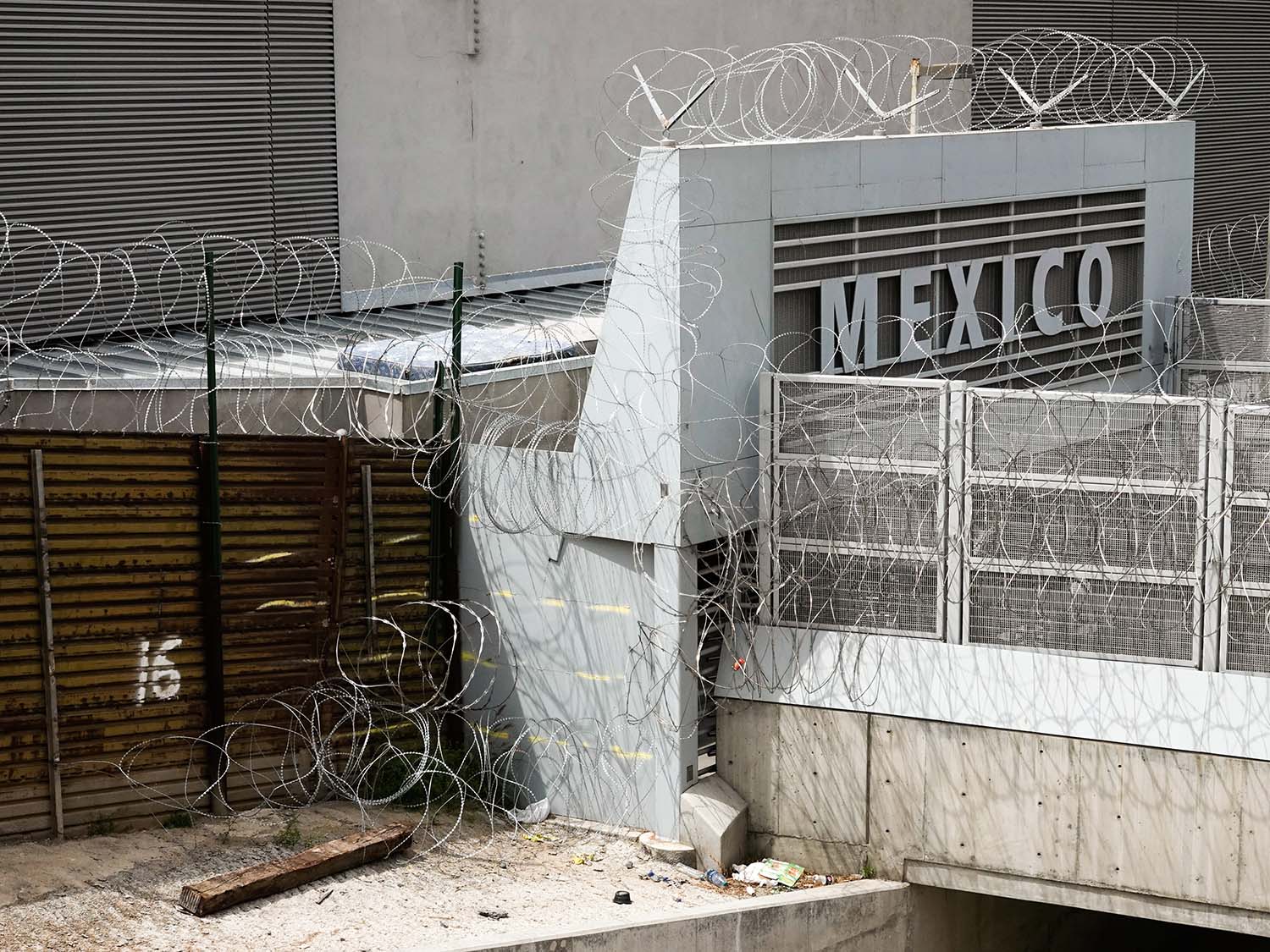 The border is a distillation of the structures of the American empire – politics, culture, economics and the military are dramatically on display. So too are the vagaries of empire, those of fear, identity, memory, and history. When these points intersect, it is more in abstraction than in clarity. A border patrol agent, asked about the plans to build a wall in the area, told the reporter I accompanied, “Honestly, I don’t think it will change. We will still be here. It’s a mouse and cat game, in my opinion. We just have to be quick about it. The crossing, the human trafficking, is a moneymaker for the cartel, so it’s not going away. They’ll use another way of crossing in.” San Ysidro, California. USA. 2019 © Peter van Agtmael / Magnum Photos 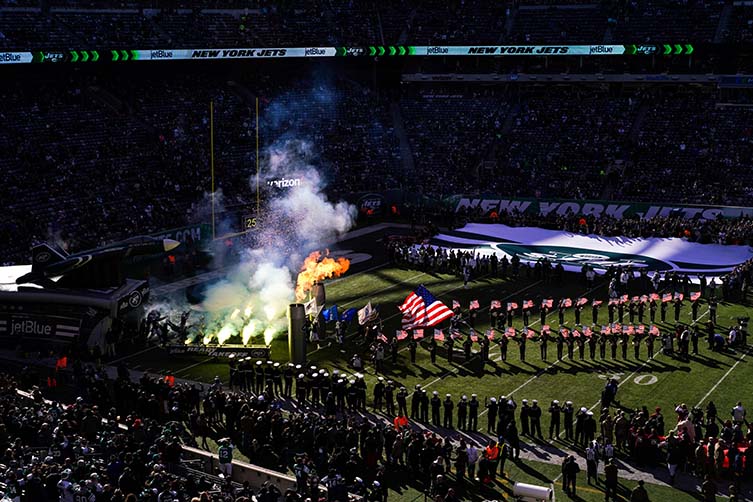 November is Salute to Service month in the National Football League. Since 2011, the NFL has donated over $34 million to charities that support injured American servicemen. Also since 2011, the NFL has earned approximately $94 billion, which means the amount distributed in support of the military is approximately .03% of the NFL’s total revenues. Salute to Service stemmed from an initiative by the Pentagon to boost waning recruitment for the unpopular wars, and since 2009, the Pentagon has given at least $12.2 million to the NFL for propaganda. Senator John McCain conducted an investigation into the practice and released this statement with a detailed report of his findings: “Americans across the country should be deeply disappointed that many of the ceremonies honoring troops at professional sporting events are not actually being conducted out of a sense of patriotism, but for profit in the form of millions in taxpayer dollars going from the Department of Defense to wealthy pro sports franchises. Fans should have confidence that their hometown heroes are being honored because of their honorable military service, not as a marketing ploy.” Meadowlands, New Jersey. USA. 2018. © Peter van Agtmael 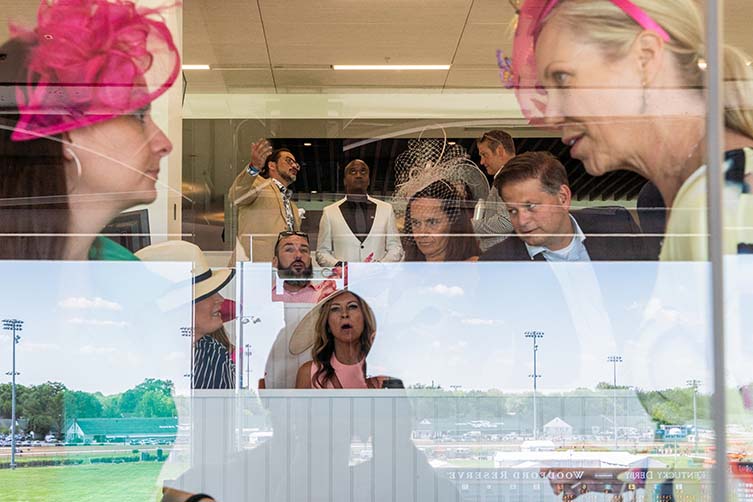 “Millionaire’s Row” at the Kentucky Derby. My friend Christian had met a keen bettor who had invited us to hear a hot tip. The previous year we had earned almost 20 times our bet on his advice, and we were eager for his insights. We were slightly rumpled looking for the rarefied environment, but managed to gain entrance with our press badges. We met up with the tipster, who gave us a complicated betting scheme, handed us each a crisp $100 bill, and sat back down to continue his conversation. Undeterred by the simultaneous strangeness and generosity of the interaction, we placed the bets. We lost. Discouraged, we began taking photos of the nattily dressed guests in the boxes, but were kicked out moments later by annoyed security guards.  Louisville, Kentucky. USA. 2021 © Peter van Agtmael 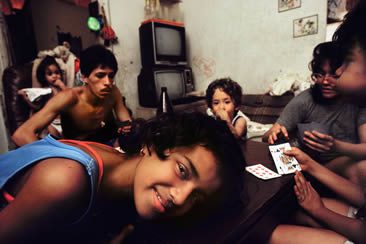 The rough and the ready of 1980s Spanish Harlem captured in all its tenaciousness by documentary photographer Joseph Rodriguez...

The Occupy movement through Black Lives Matter and onwards to the current Trump fiasco, protest has been a dominant force throughout the 21st century so far; let us not forget that political activism is not a contemporary fad, though. A city rarely... 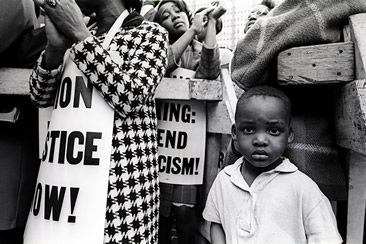 Ditch the rose-tinted glasses for unflinching look at 1960s America, through viewfinder of Ben Fernandez...

It's tempting to look back at the 1960s, especially '60s America, with a rose-tinted nostalgia. It was, it's true, a time of great positive change – but let's not forget what it cost to win those advancements in civil rights, and what else was...