The Occupy movement through Black Lives Matter and onwards to the current Trump fiasco, protest has been a dominant force throughout the 21st century so far; let us not forget that political activism is not a contemporary fad, though. A city rarely far from the centre of historic moments, New York’s rallies, riots and demonstrations in the final two decades of the last century have been documented in a startling new exhibition of street photography at the Bronx Documentary Center. 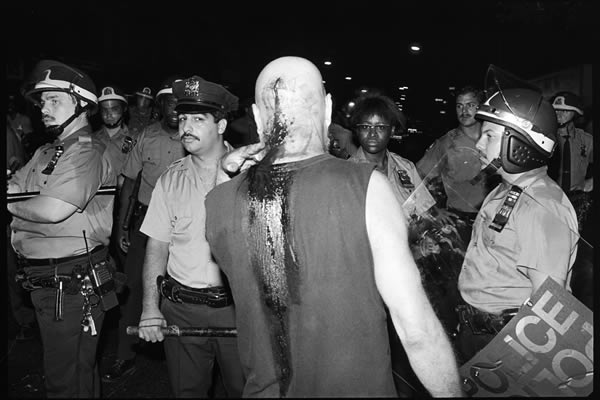 From the riots sparked by the acquittal of Rodney King’s assailants to racial tension in troubled neighbourhoods; pro-choice, AIDS and LGBT rallies to social unrest relating to housing and gentrification; the perpetual recurrence of police brutality incidents and injustices against African Americans … New York’s street photographers were on hand to chronicle countless issues that plagued the city between 1980 and 2000; their images rarely seen in the pre-social media age.

Co-curated by former photo editor of alternative newsweekly The Village Voice, Meg Handler; historian and author Tamar Carroll; and Michael Kamber, founder of the Bronx Documentary Center (BDC), ‘Whose Streets? Our Streets!’ New York City: 1980-2000 has been designed and produced by Cynthia Rivera and Bianca Farrow from the BDC, and continues until 5 March; featuring the little-seen work of 38 independent photojournalists captured during two decades of rapid economic and demographic shifts in the city. Dedicated online platform www.whosestreets.photo is a rich source of information on the exhibition’s photographs, photographers and related social issues. 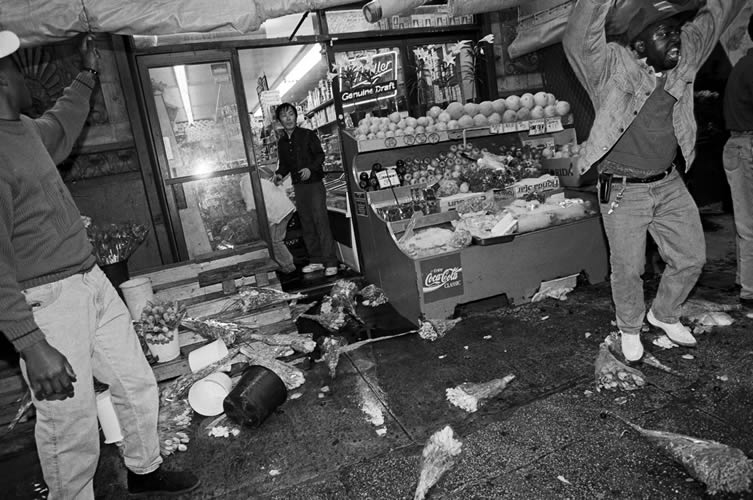 NYC protesters take to the streets in response to the acquittal of the officers involved in the beating of Rodney King.
Some Asian-owned groceries such as this one were vandalised. April 1992. © Linda Rosier 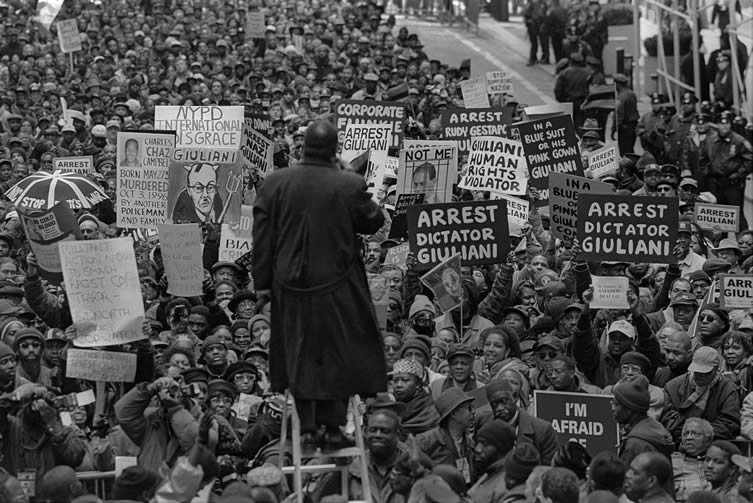 Manhattan, March, 1999. Demonstration in front of the New York Stock Exchange to demand the indictment of the four policemen who killed Amadou Diallo, a 23-year-old unarmed immigrant from Guinea.
© Frank Fournier 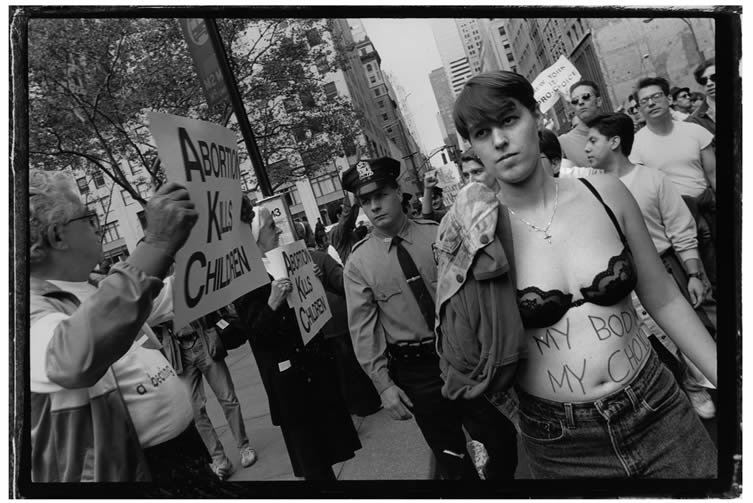 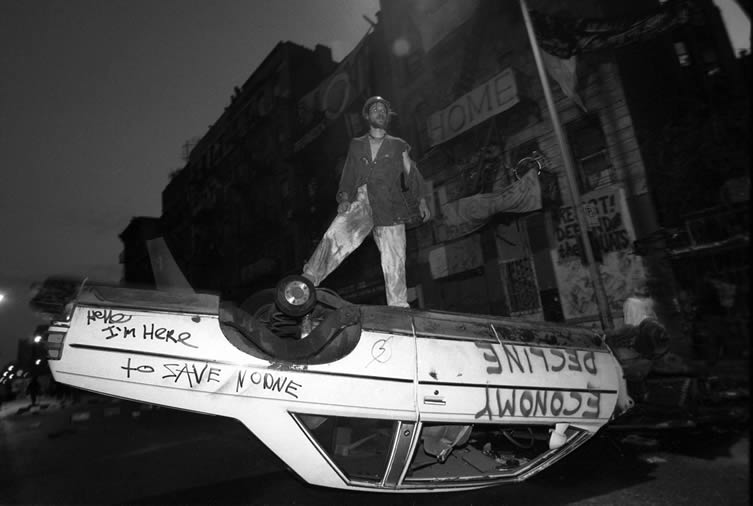 Squatters attempt to defend their building by blocking the street with overturned cars and trash
before an expected attack by the police on East 13th Street. © Andrew Lichtenstein

Pro-choice demonstrators in downtown Manhattan protest the 3 July, 1989 Supreme Court Webster decision which limited Roe V Wade. This was a turning point in the pro-choice movement. 24 were arrested, including activist Mary Lou Greenberg, as they stormed the Brooklyn Bridge. © Nina Berman 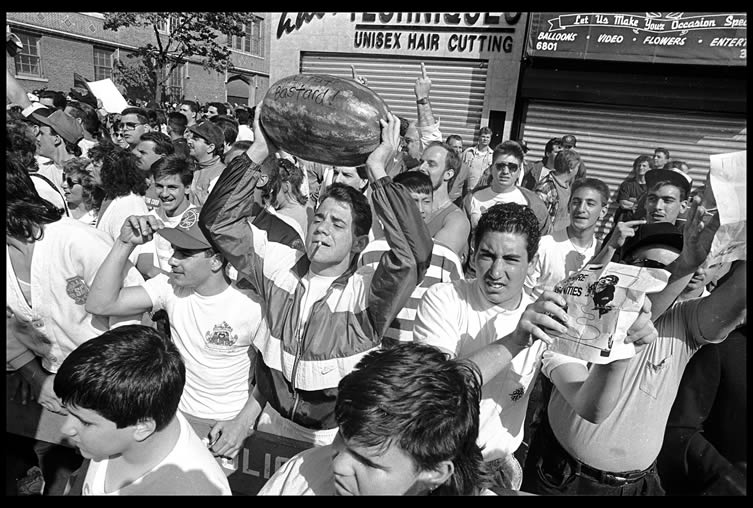 Bensonhurst residents hold up watermelons to mock African American protestors who took to the streets of the largely Italian neighbourhood in Brooklyn following the acquittal of Bensonhurst resident Keith Mondello in the shooting death of 16-year-old African American Yusef Hawkins 19 May, 1990. Hawkins, who had gone to the neighbourhood to look at a used car, was met by a white mob and shot to death. © Ricky Flores 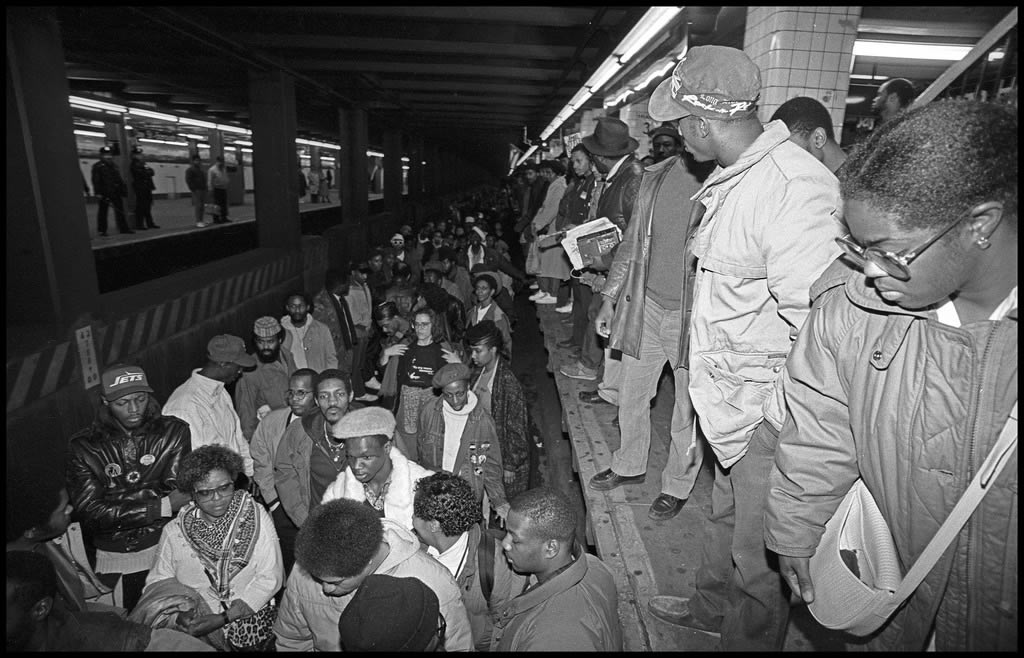 Day of Outrage demonstration at the Jay Street-Borough Hall subway station following the Howard Beach verdict on 21 December, 1987 in which three defendants were found guilty of manslaughter in the death of Michael Griffith who was beaten and chased by a white mob onto a highway where he was struck by a car. © Ricky Flores 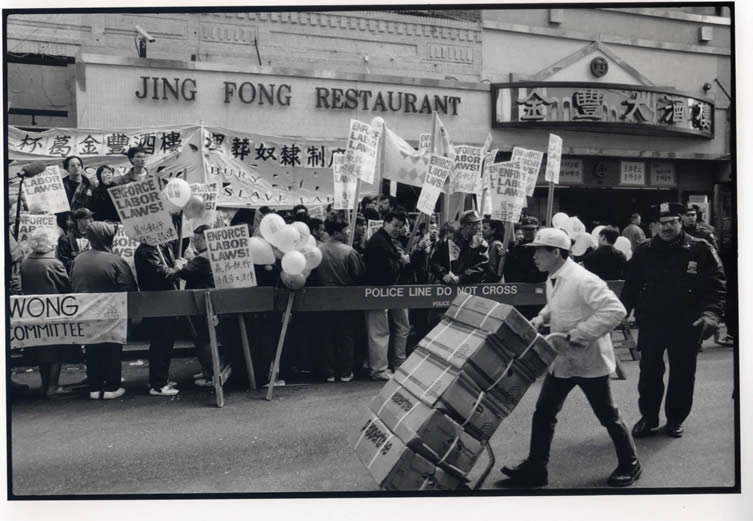 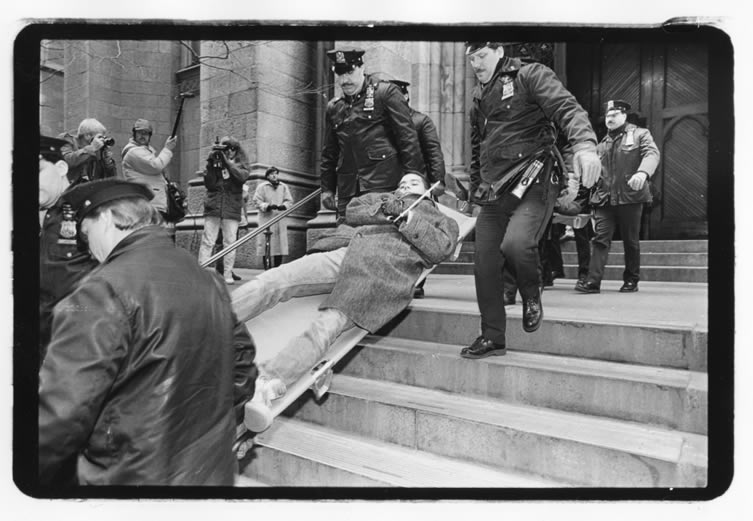 A protester is carried away during an ACT-UP Stop the Church direct action at St. Patrick’s Cathedral 10 December, 1989. © Brian Palmer

Park Güell; La Sagrada Família; La Rambla; the beach; the booze; the stag parties and the selfie sticks. Guiris Go Home! Or so reads the occasional scribbling you'll see on walls around Catalunya's famous capital - guiri is a byword for...