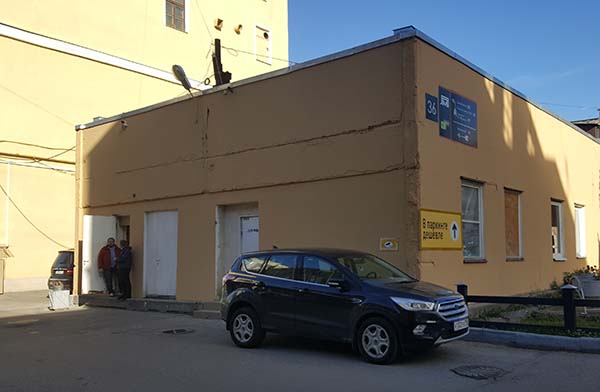 Futura’s exterior prior to its bold typographic paint-job.

Located in a former metering station, architects Rhizome (they behind the city’s Scandi-cool, Gastrobar О) chose not to focus on the area’s postindustrial past, instead concentrating on the size and architectural language of the space when putting together the concept for the bistro.

The all-black exterior—laced with super-sized white type—leads to a sparse dining room where white painted brick walls and exposed ceiling beams are softened only by a smattering of greenery hanging from said ceiling; wooden tables and chairs come from local studios DeloDesign and Verstak.

Boasting plenty of natural light due to large windows that extend out onto a terrace during the summer months (which takes in views of that brilliantly austere exterior), indoor lighting was kept to a minimum and is purely functional. An open space, diners can take in the kitchen, the cooking and serving equipment; whilst the washrooms are tucked behind a strategically positioned white wall.

Despite its appearance, the atmosphere is welcoming, with customers staying long enough drink a coffee, or lingering over a long lunch and catch up with friends. Simple yet bestowing everything you need, Futura Bistro is well worth seeking out when in Russia’s second city. 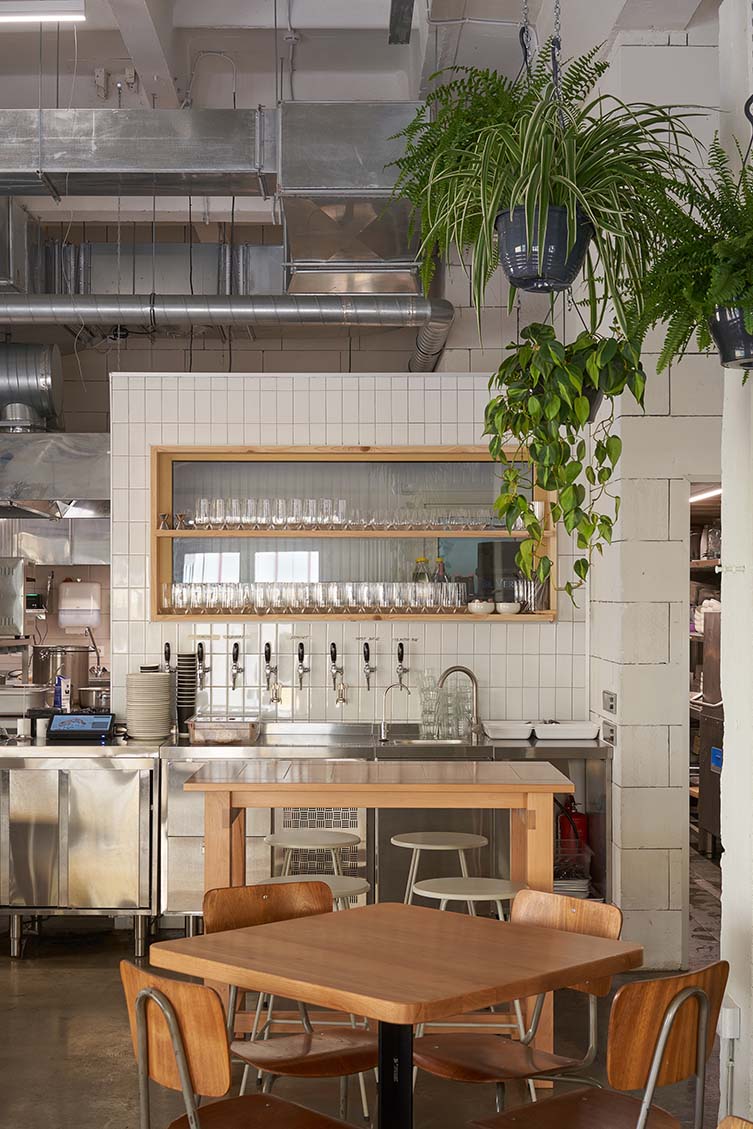 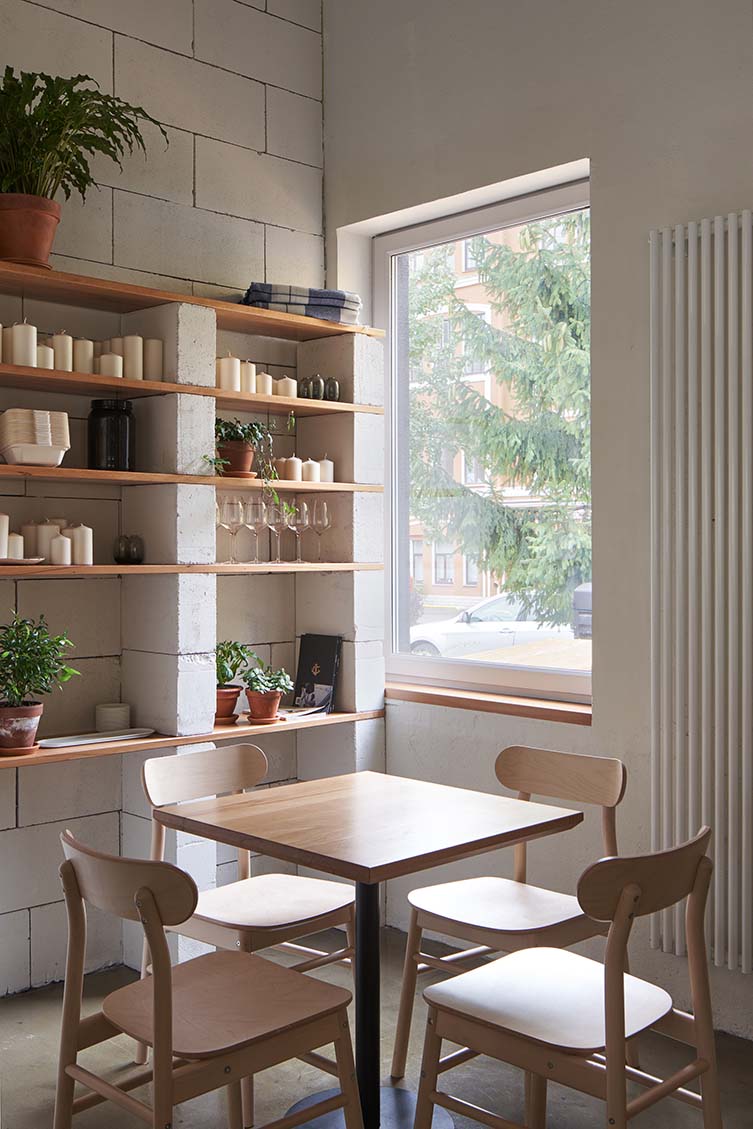 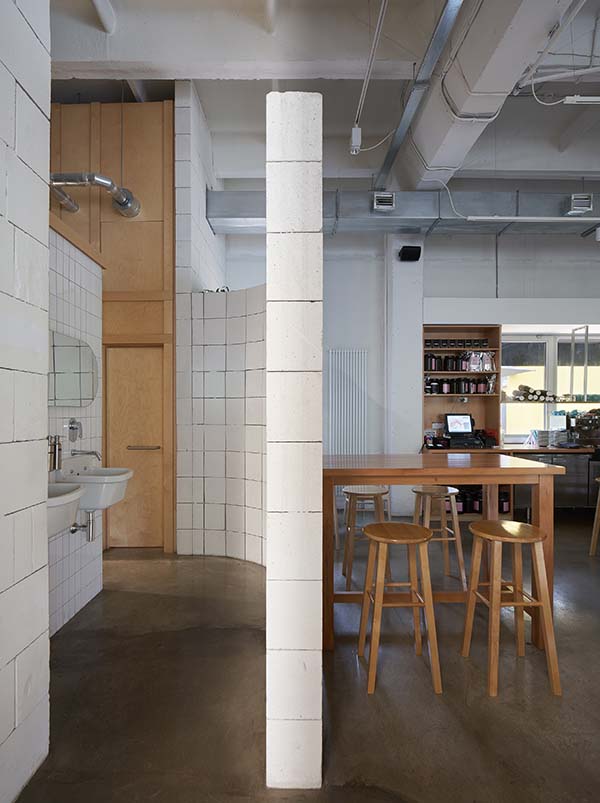 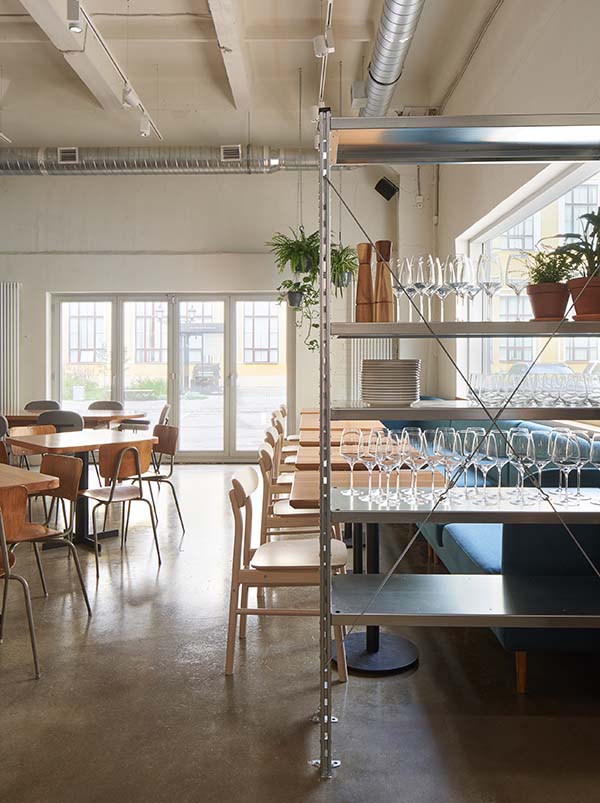 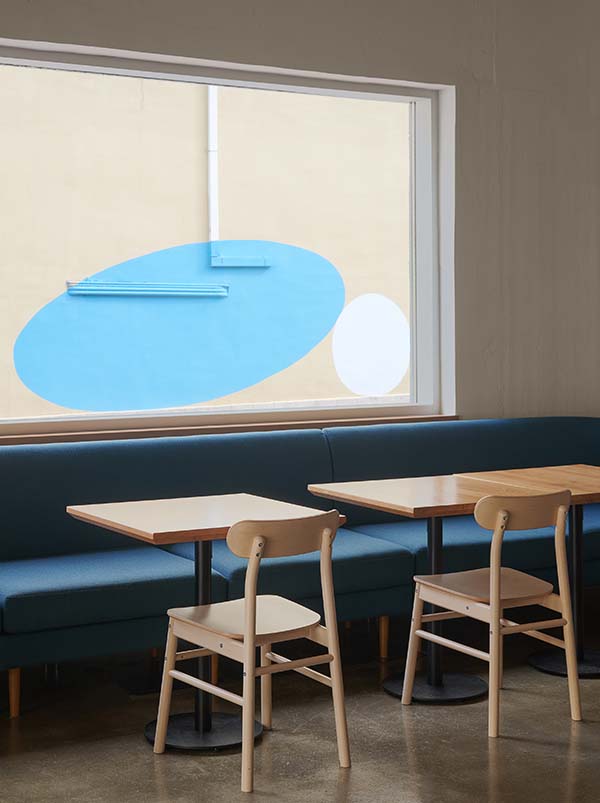 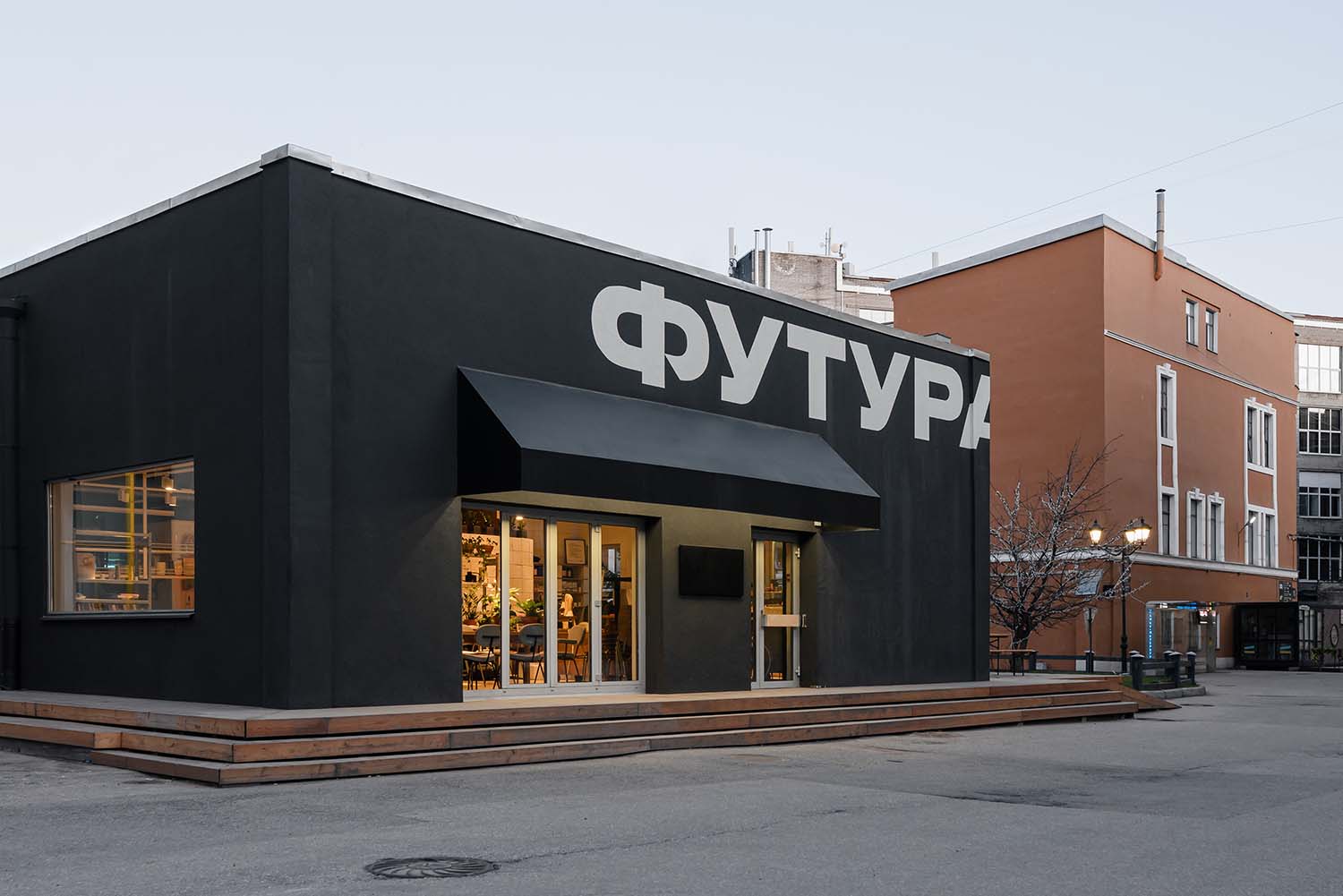 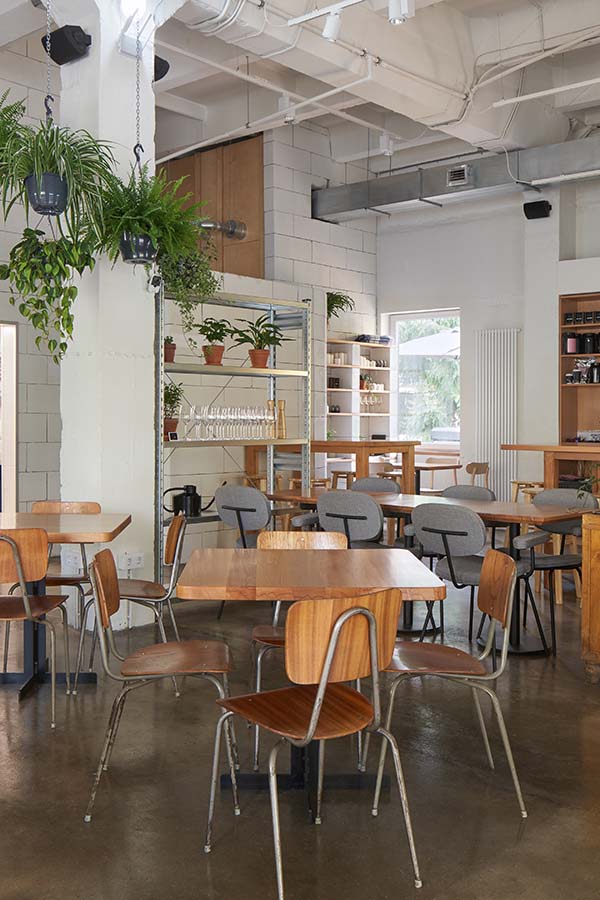 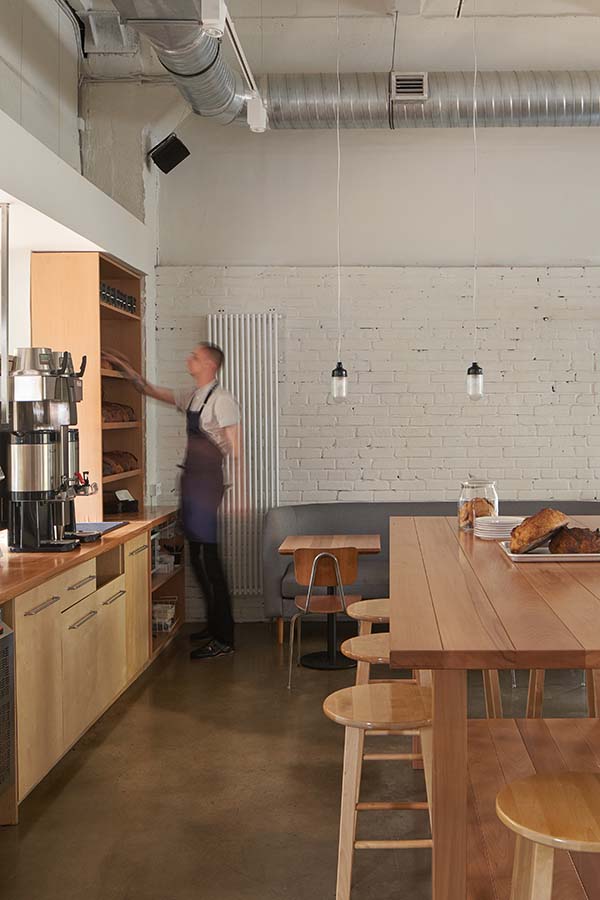 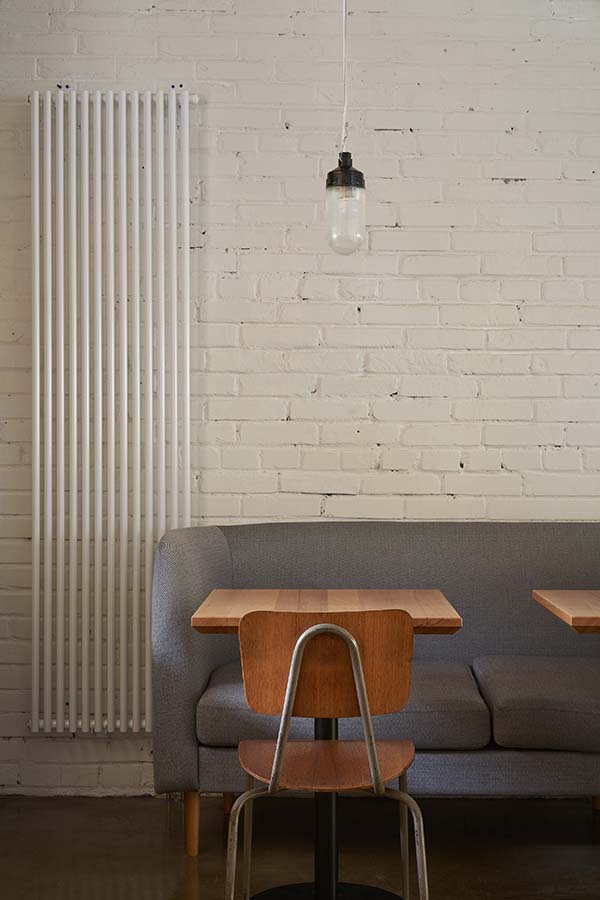 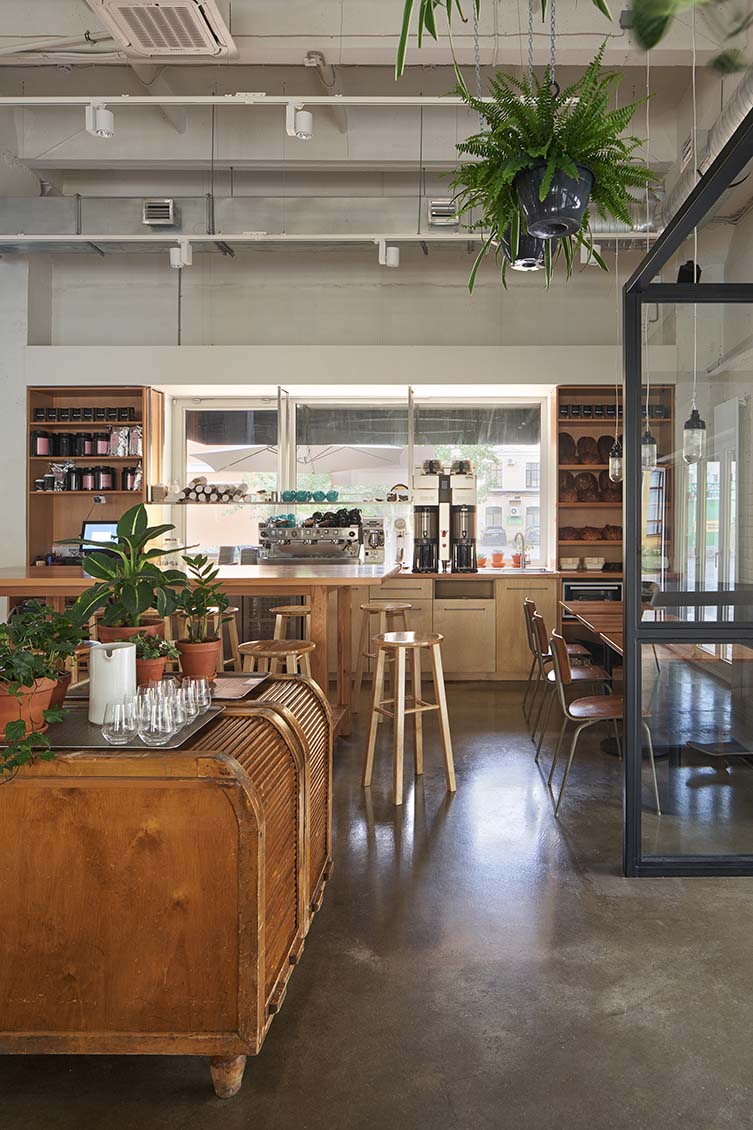 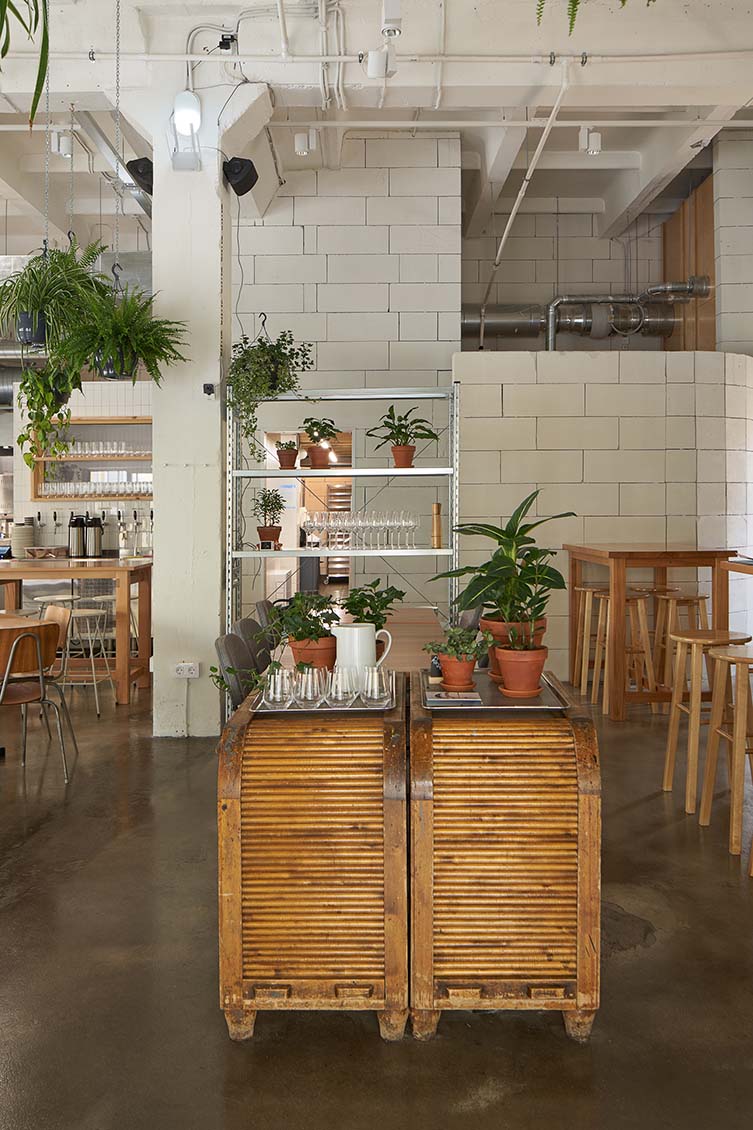 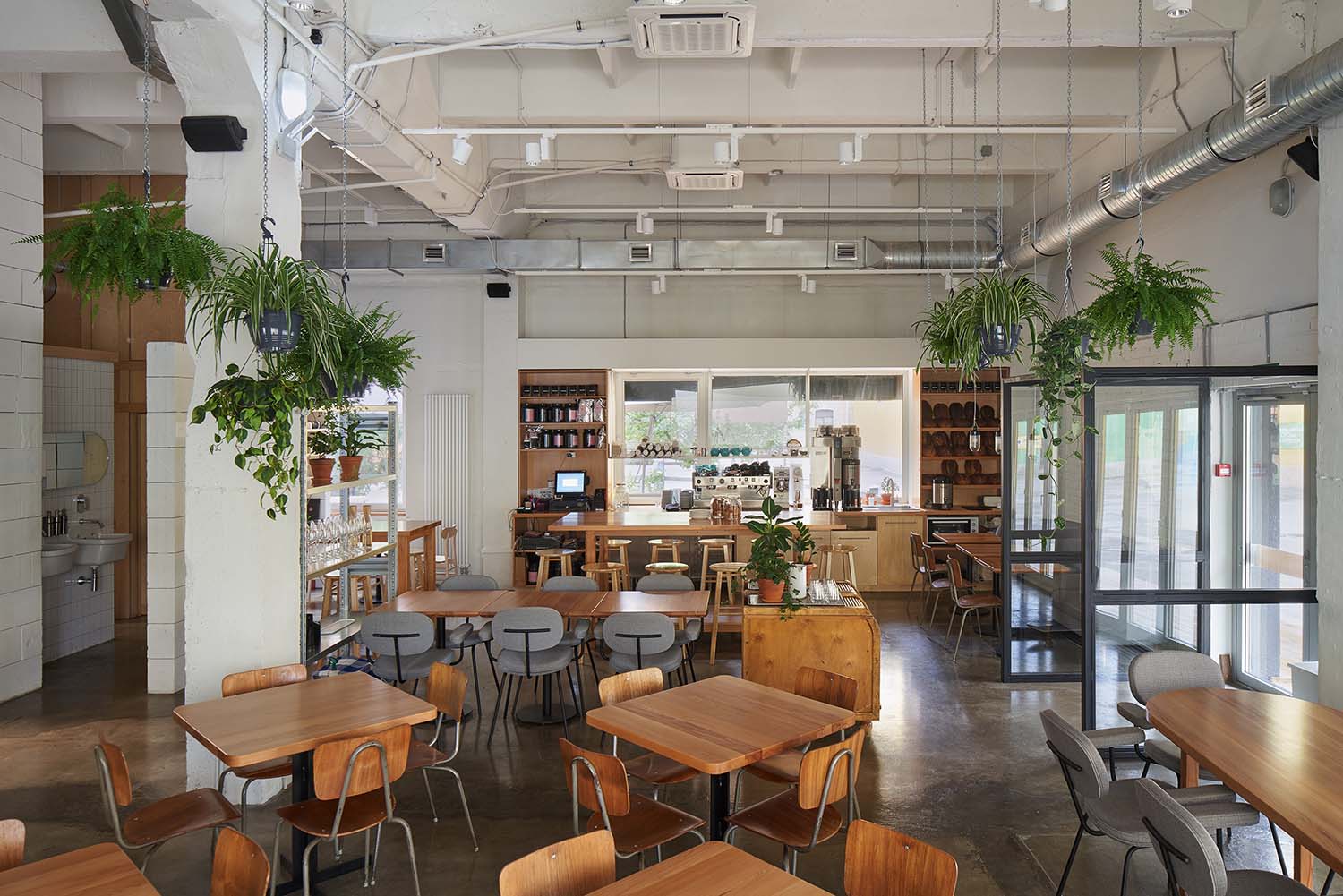 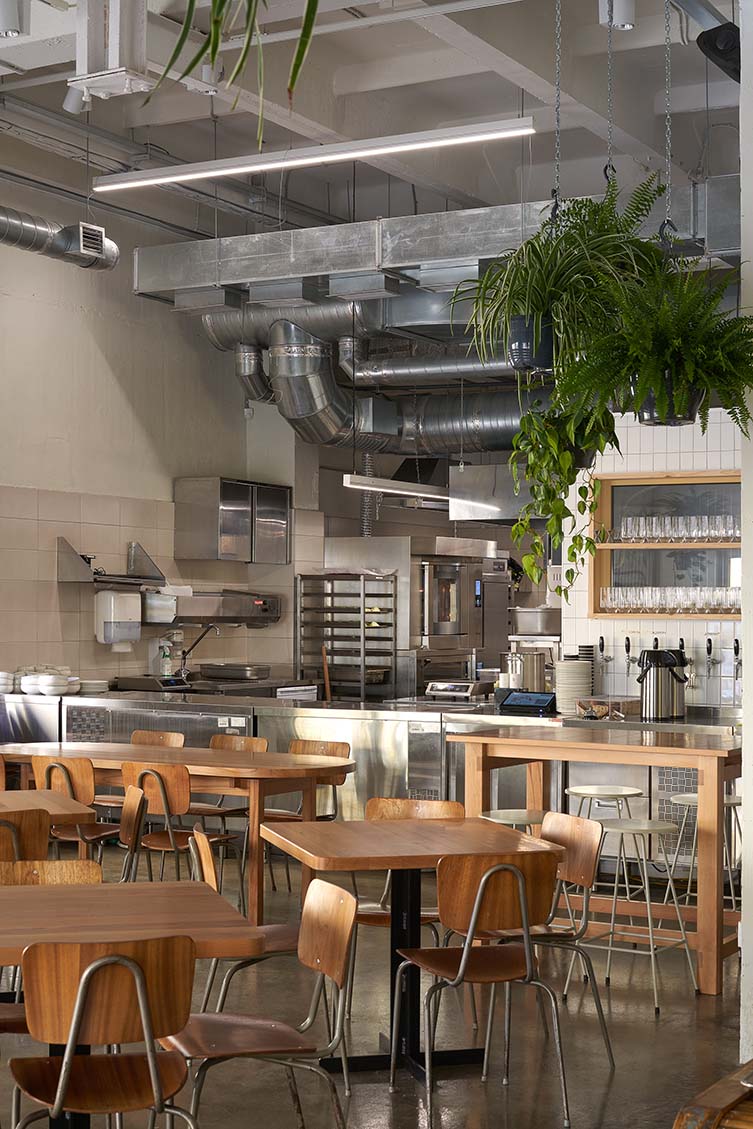 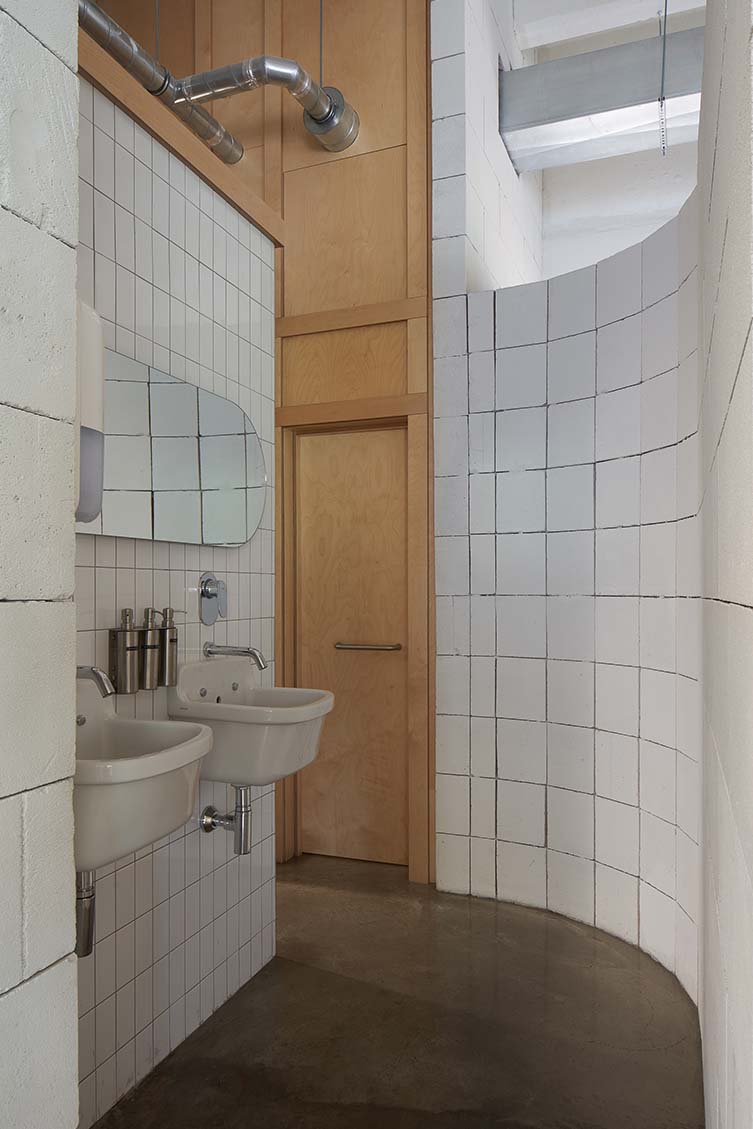 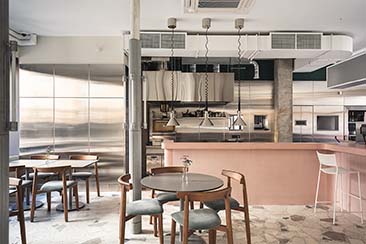 The hip café feels of Brooklyn or Melbourne are invoked on St. Petersburg‘s Petrogradsky Island at beautiful Sight Coffee and Dine...

St. Petersburg's Petrogradsky Island is home to Sight Coffee and Dine, a new restaurant and coffee shop designed by Moscow-based architecture and interior design studio, Form Bureau. At 150 square metres, the petite spot is tucked away... 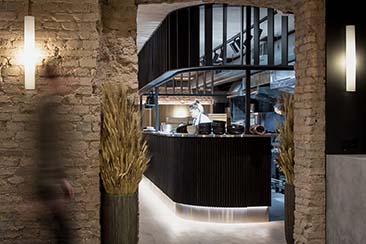 Designers bring the prairies to St. Petersburg, with an evocative restaurant for hungry cowboys that eschews hackneyed convention...

Design and architecture studio, MODGI Group, looked to the geography and colour of America's Mid and Wild West towns as well as the North American prairies, specifically the rocks and sandy landscape associated with the evocative area, when... 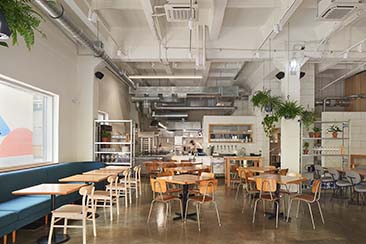 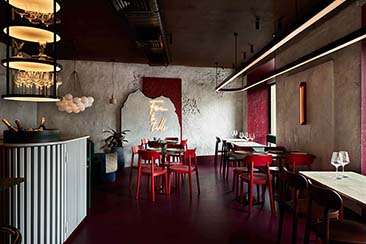 For 'common people' with a design-fixation, this St. Petersburg farm-to-table restaurant and wine bar is set to attract a loyal following...

With a name that reflects its ethos, COMMONS—a restaurant and wine bar in St. Petersburg, Russia—is a homely place that diners can visit on the regular, a place where pretentiousness stays firmly at the front door, instead encouraging the...