Following on from a successful opening in Mexico City‘s dapper Condesa district, speciality coffee shop Blend Station arrives in the hip-icentre of La Roma, bringing its colourful and welcoming vibes to the neighbouring hood. 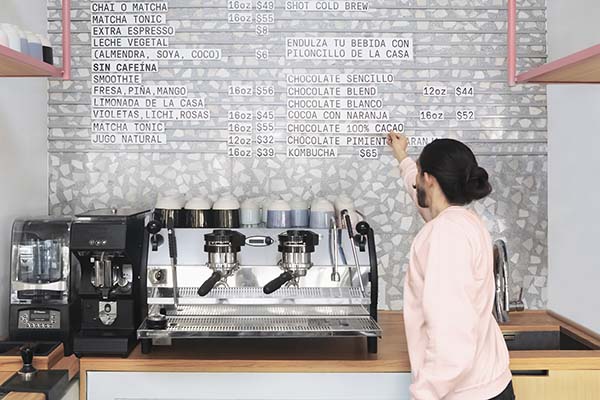 Collaborating once again with local creative studio Futura—the adept team also responsible for the branding, packaging, and interior aesthetics of another Roma local, Motín—the same brand identity as the Condesa Blend Station has been referenced here, which sees a quiet riot of pastel excellence dance through an otherwise cool and comfortable space.

Alongside design studio Solvar—who developed and executed the interiors and furnishing design—Futura have created an Instagrammable spot where customers are invited to “wake up and smell the coffee.” With effortless style and serious caffeine substance, Blend Station II is a design-forward café where great coffees and consumed and even better ideas born.

Creating their own in-house blends, the self proclaimed coffee geeks at Blend Station serve only the highest quality beans in their café. Coupled with the fact that they’re advocates of fair treatment and support rural Mexican communities, the ethos and ethics of this hip new local are as on point as Futura’s playful aesthetics and mischievous branding. The say sequels are never as good as the original, but the residents of leafy La Roma may disagree. 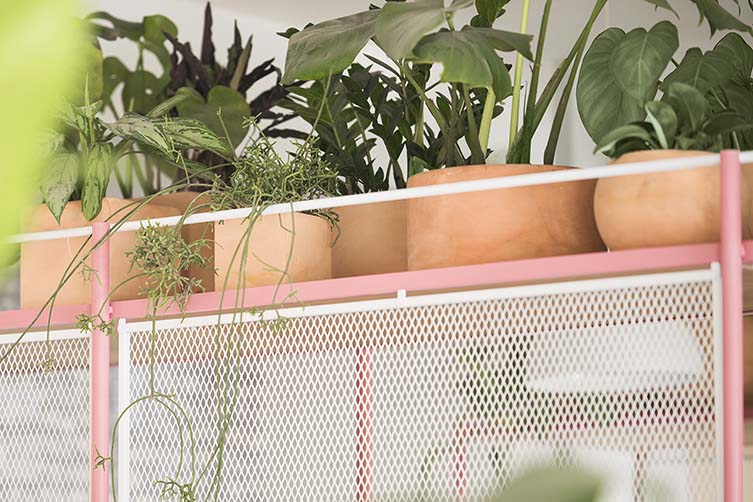 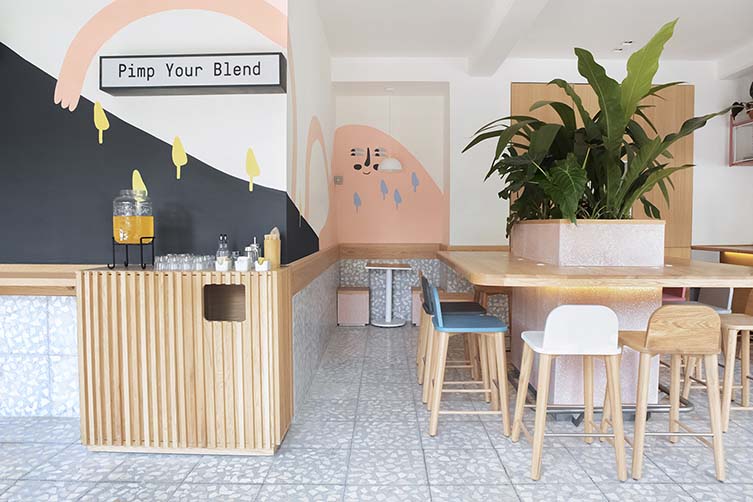 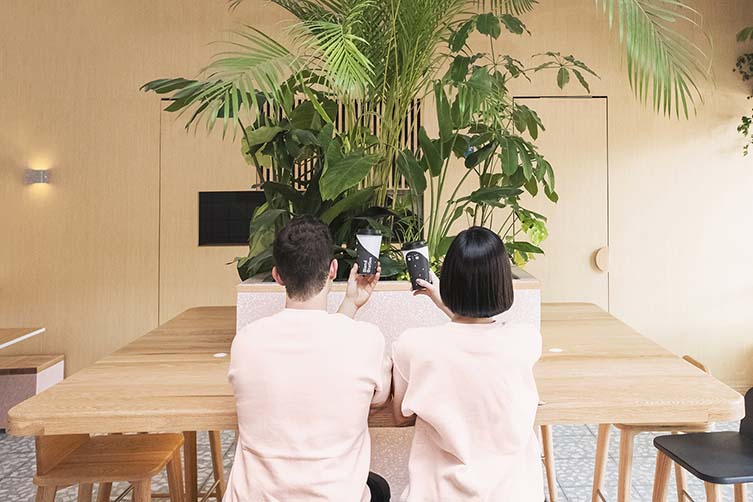 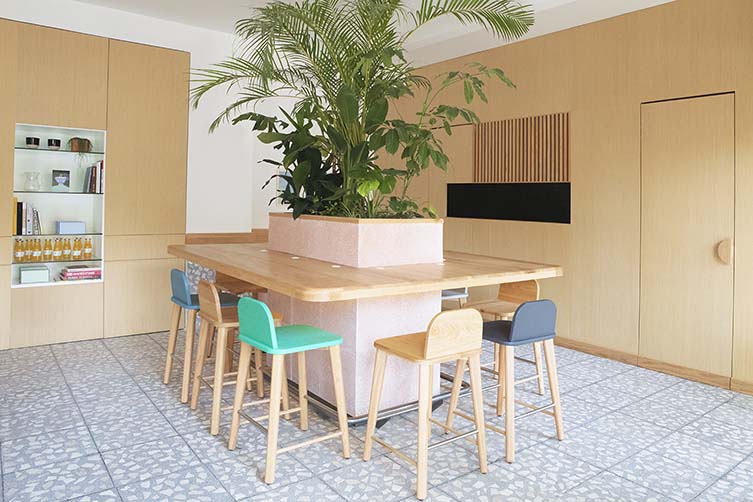 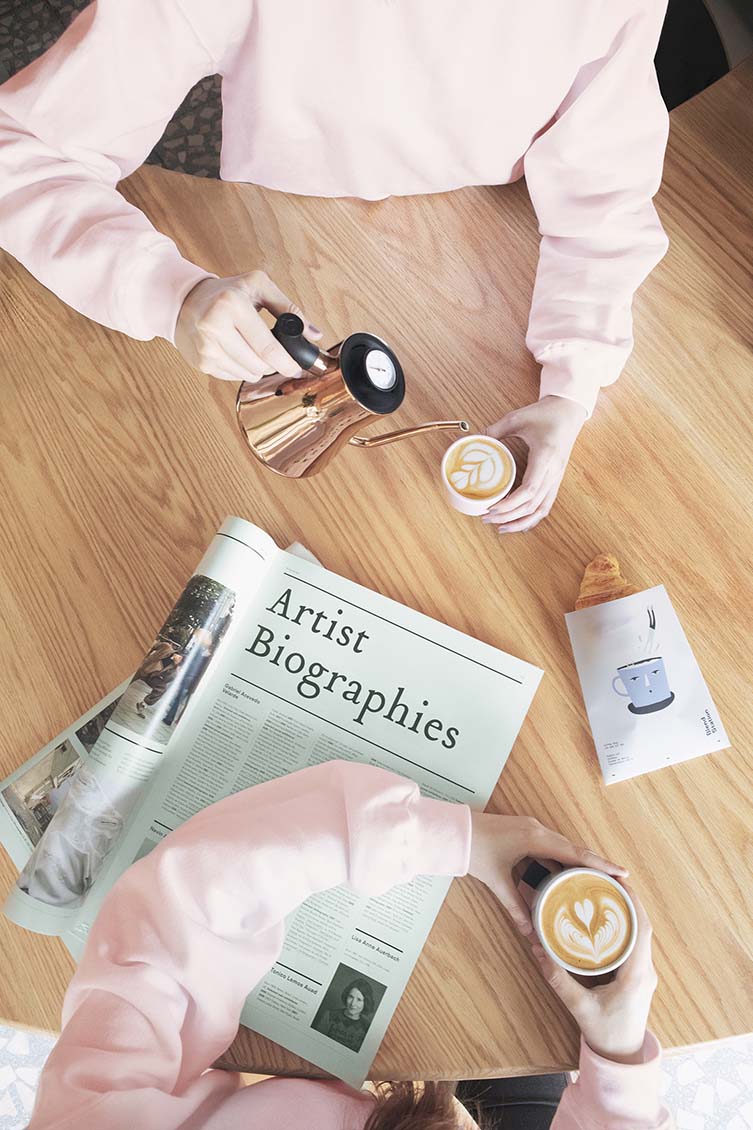 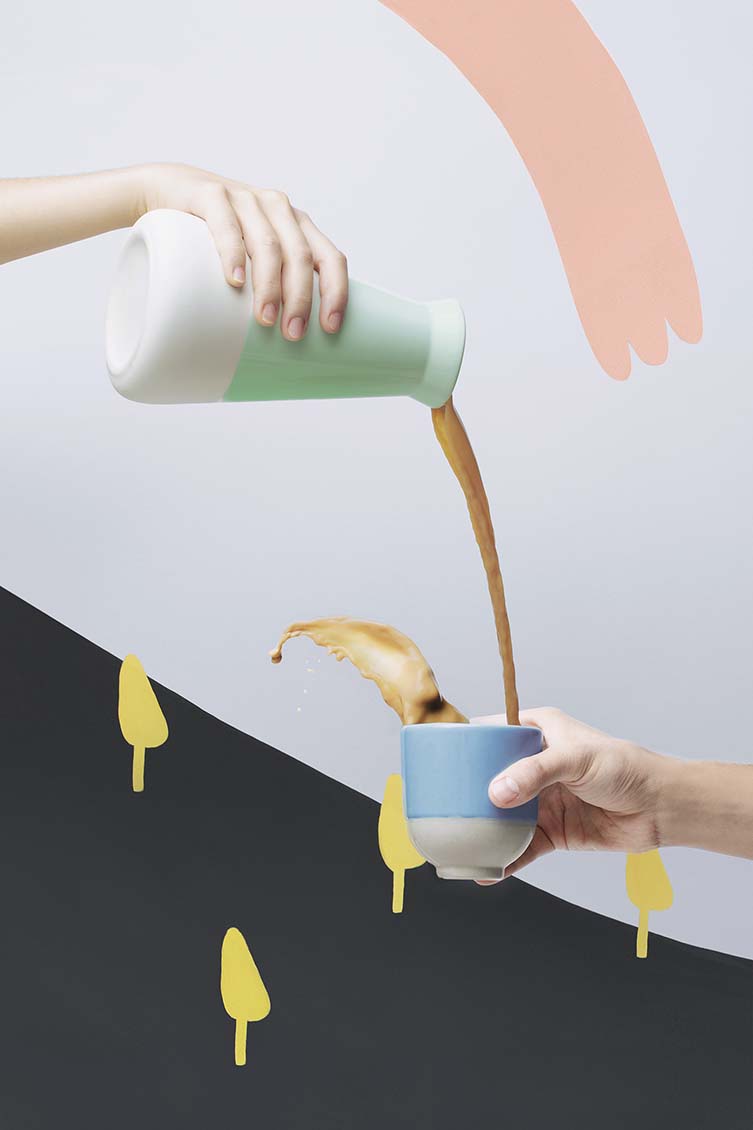 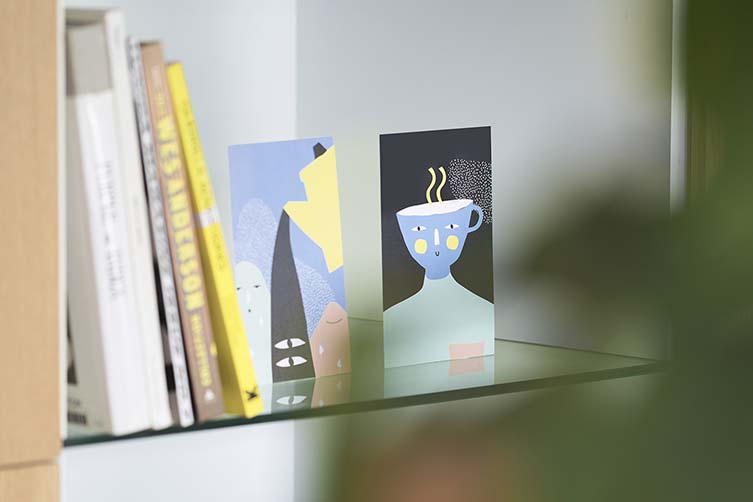 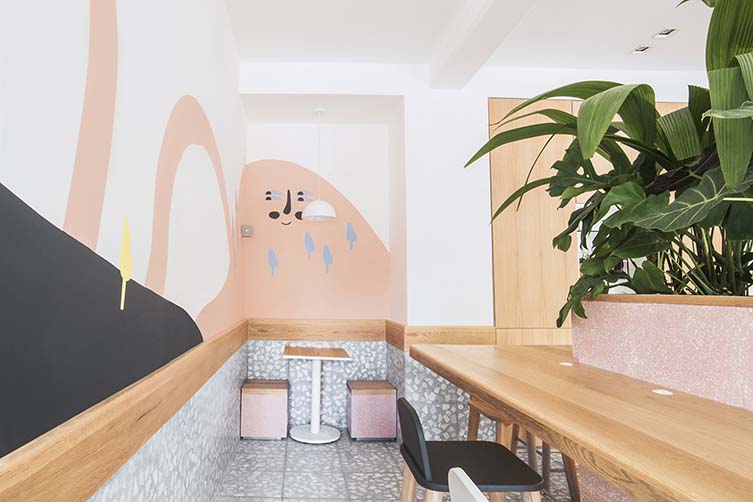 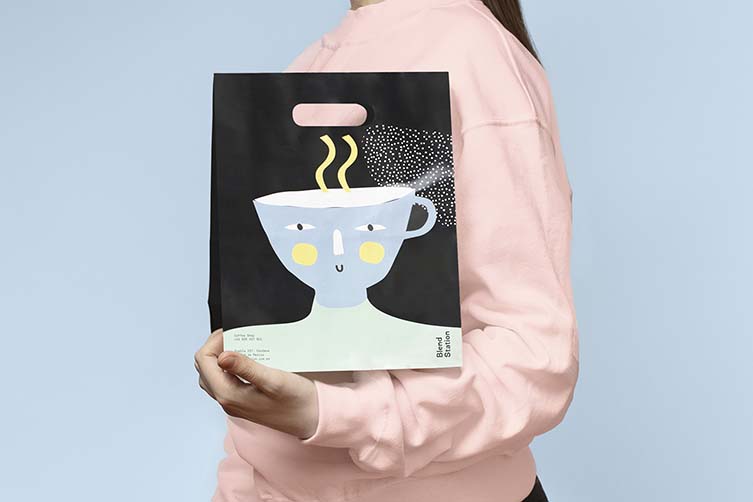 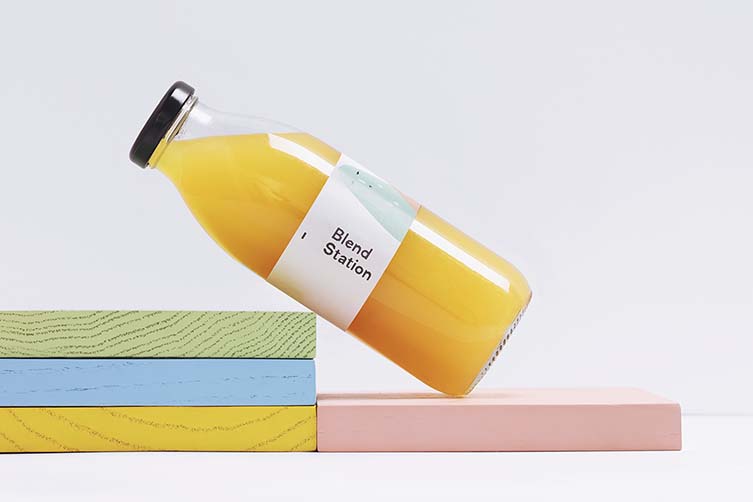 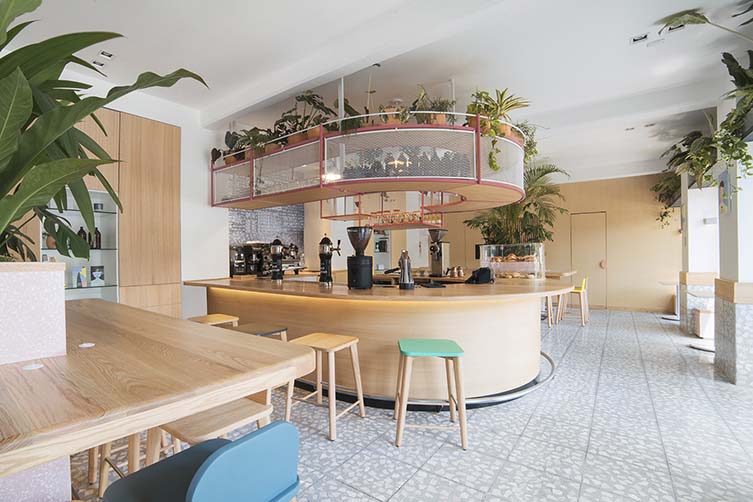 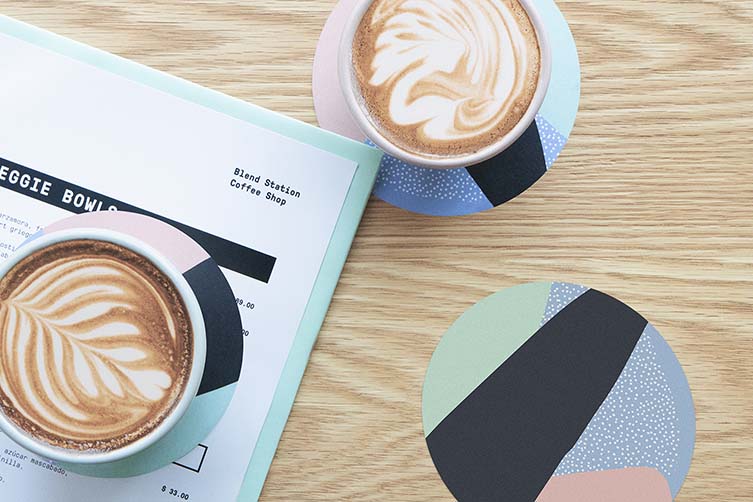 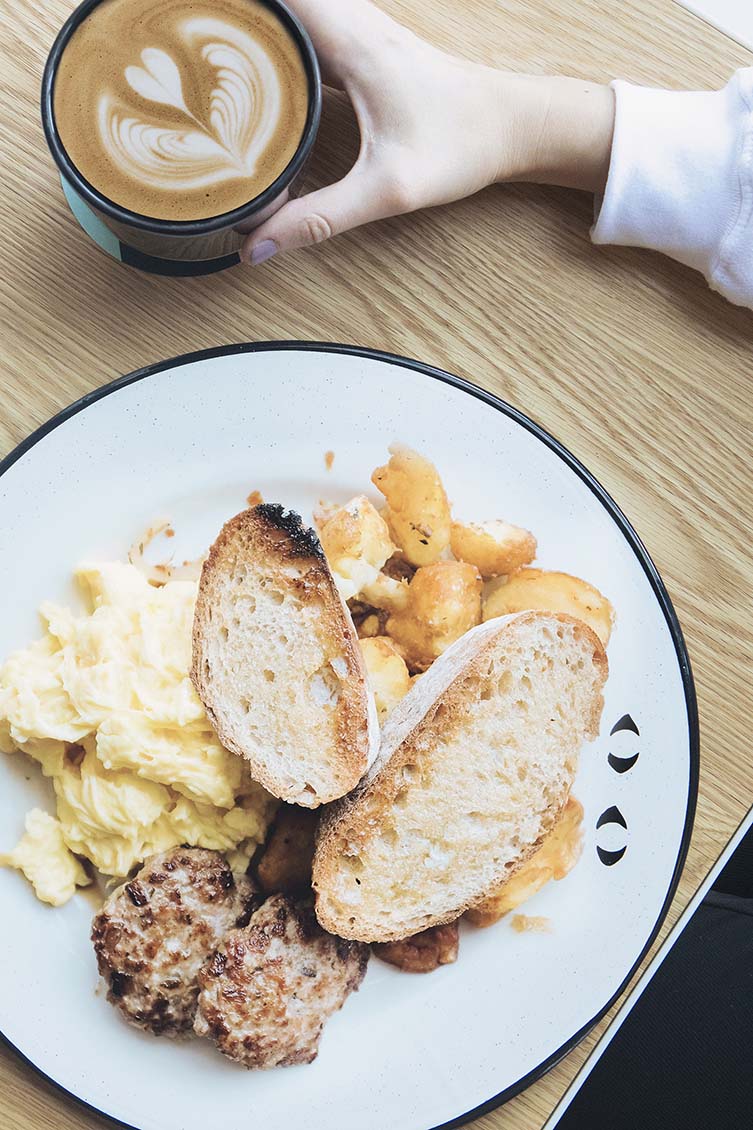 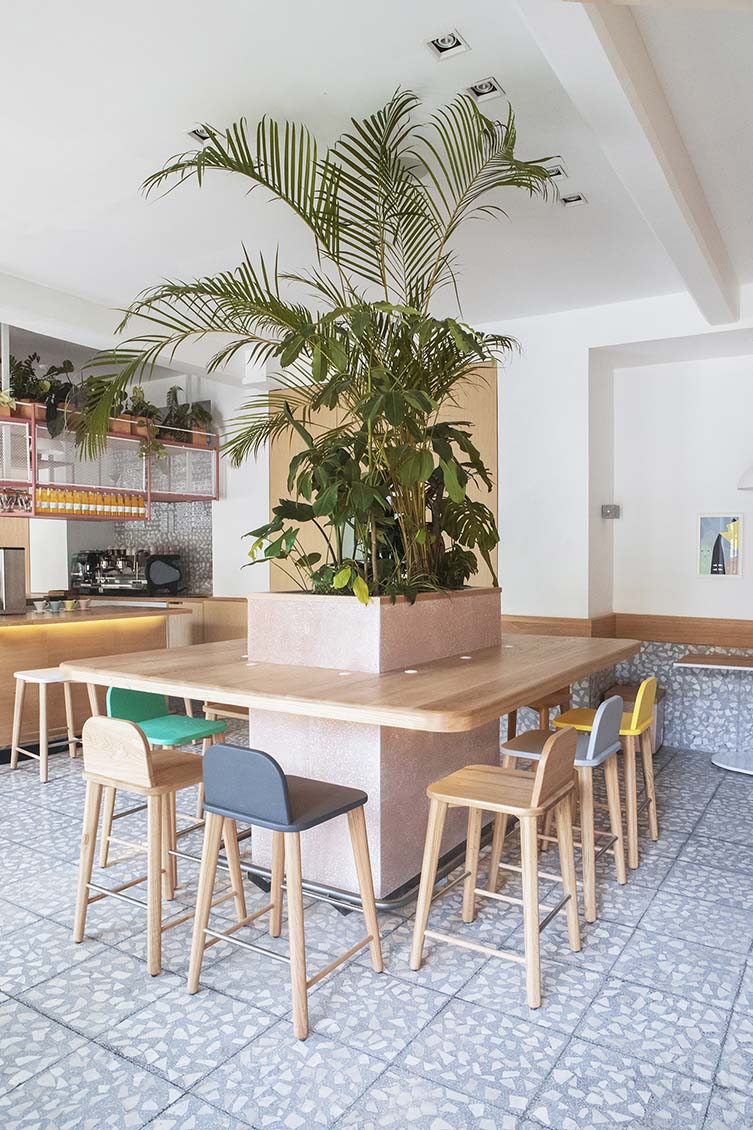 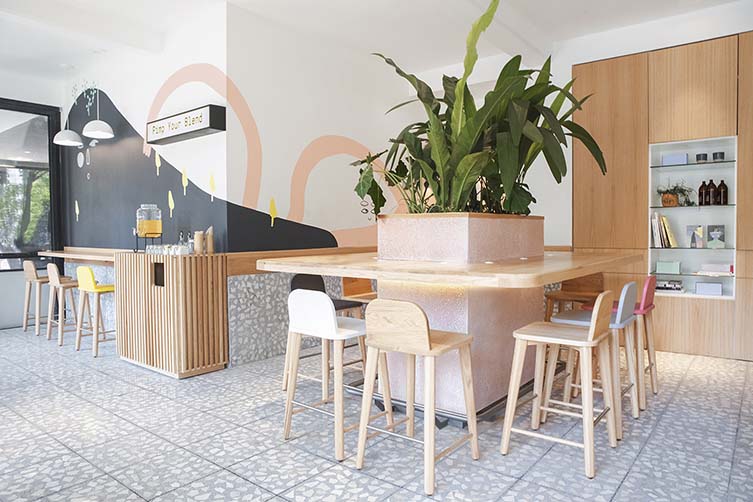 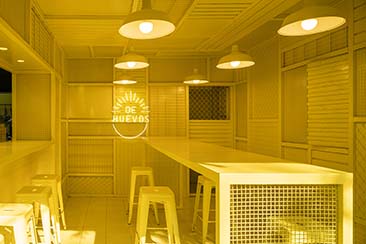 Mexican designers hatch a cunning plan to use an eggcentric new restaurant's star ingredient as their key aesthetic inspiration...

Occupying a tight 552 square feet of Mexico City's Condesa neighbourhood, a new gastronomic concept based on the humble egg has been drawing the locals to its coop-like, overwhelmingly yellow space; the versatile ingredient playing the role of the... 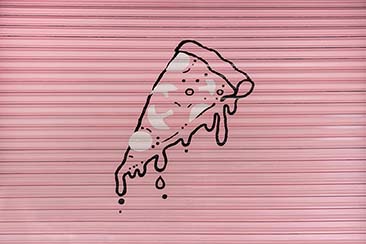 A new Mexico City pizzeria oddly takes its inspiration from a mysterious German novelist with a quite incredible story... 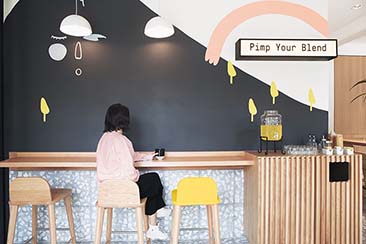 Following on from a successful opening in Mexico City's dapper Condesa district, speciality coffee shop Blend Station arrives in the hip-icentre of La Roma, bringing its colourful and welcoming vibes to the neighbouring hood.... 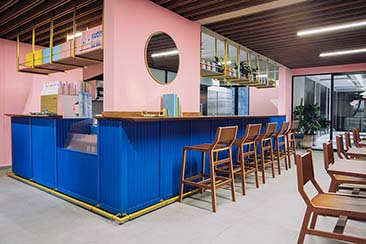 Mexico City's hip Roma is home to a mischievous new destination for the style-savvy hungry for on-trend design and cuisine...

The stylish and leafy neighbourhood of Roma in sprawling Mexico City is home to Motín, a new all-day café that focusses on delicious plates—some naughty, some healthy, all mouthwateringly divine; much like their effervescent backdrop, a buoyant...