Concealed behind a discrete façade in the barrio of La Lonja, Palma, Can Bordoy Grand House & Garden has opened its doors, offering understated luxury from a decadent world of resplendent elegance. 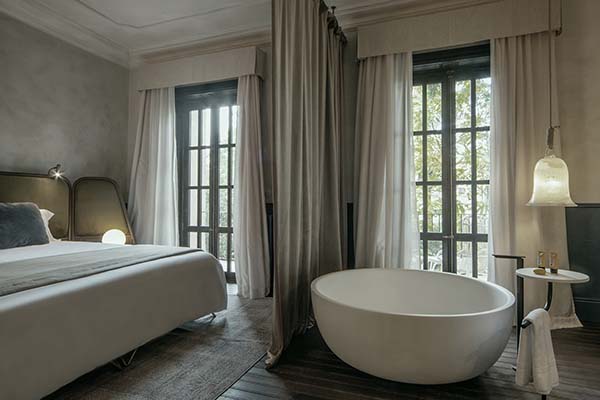 At more than 750 metres squared, Can Bordoy boasts the largest private garden in the Mallorcan capital’s Old Quarter, and the property features 24 impeccably designed suites; a restaurant inspired by the garden and helmed by chef Andrés Benítez, formerly of Michelin-starred restaurant Bou; a heated outdoor pool; sheltered rooftop; and a forthcoming spa.

Originally built in the 16th century, the property underwent a four year renovation, restoring what was once a kindergarten of the Catholic religious order of Sagrado Corazón de Jesús into one of Palma de Mallorca’s most important buildings. Situated a short walk from the city’s harbour and Paseo del Borne, OHLAB studio (who we last saw designing Madrid’s Sala de Despiece) created a serene space offering distinguished guests luxuriously understated facilities and touches that nod to the building’s storied past.

Gothic relics, marble tiling, baroque mirrors, and velvet curtains contrast against custom-made lighting, bespoke furniture, works of art, and stunning greenery that winds its way up the walls and across the ceiling—bringing an air of the ethereal into a space where classical decadence and contemporary spirit align.

With over 70 plant species, the garden at Can Bordoy is beautifully landscaped and without doubt the regal house’s pride and joy, an urban oasis to unwind after a day spent exploring Palma, and just the place to build up an appetite for bistro-influenced Botànic. Hosting 86 seats indoors and out, the restaurant here is quickly becoming a destination its own right—Benítez’s high-quality, locally-sourced gastronomy whipping locals and travellers alike into a frenzy. An impressive undertaking with some weighty design prowess, this Mallorcan bolthole is one to watch. 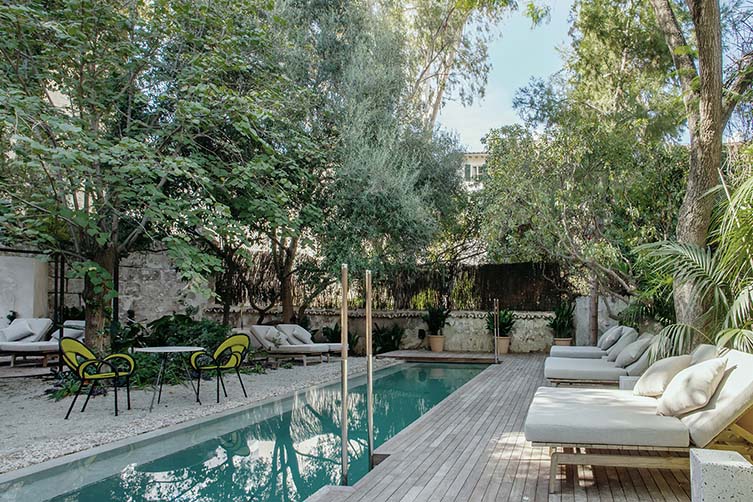 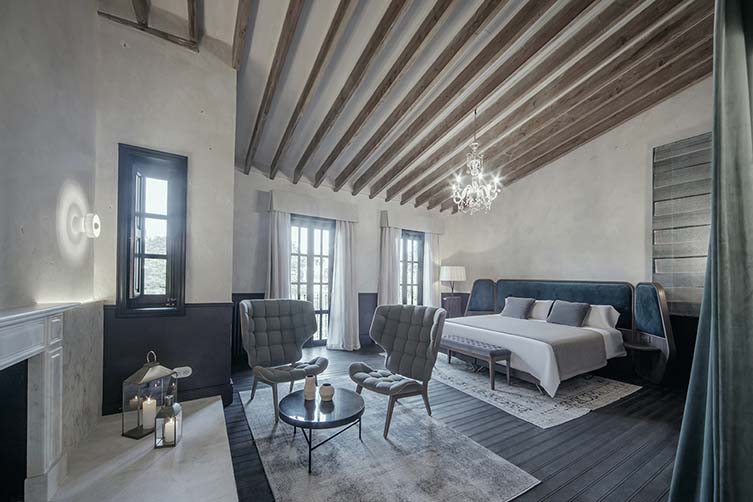 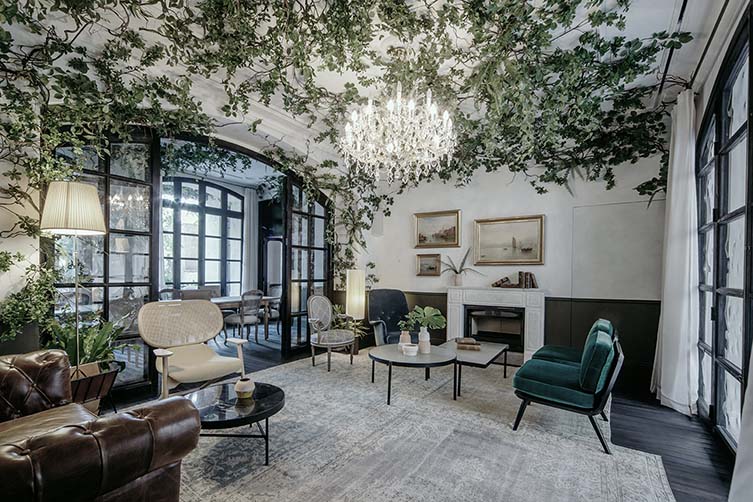 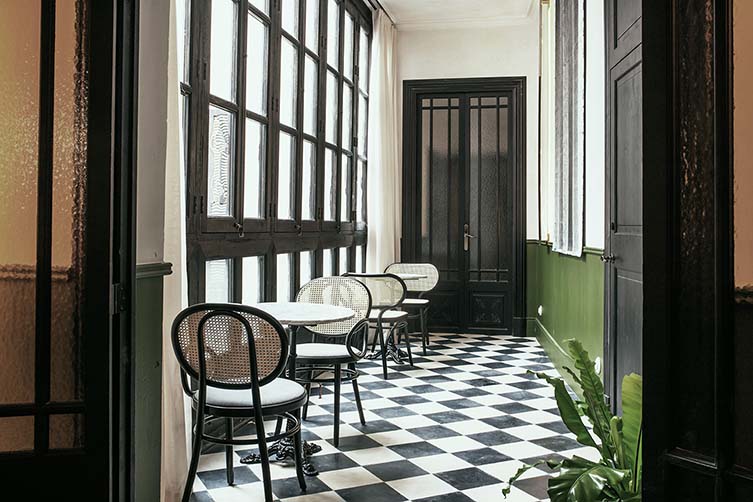 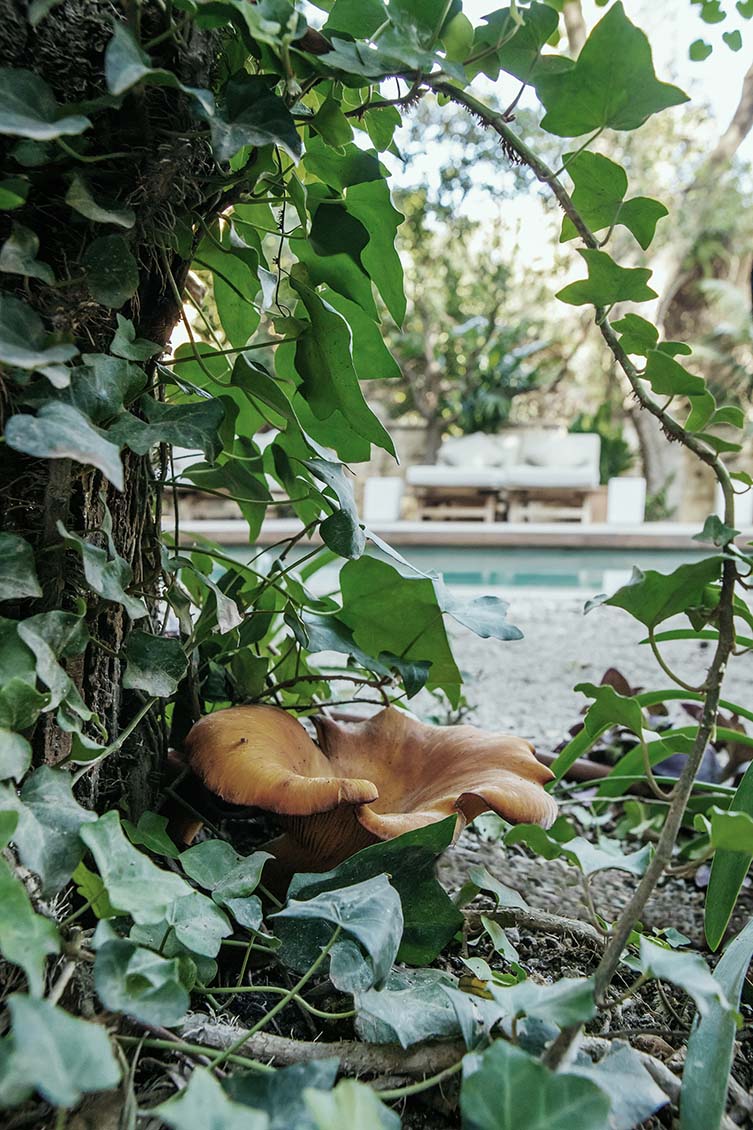 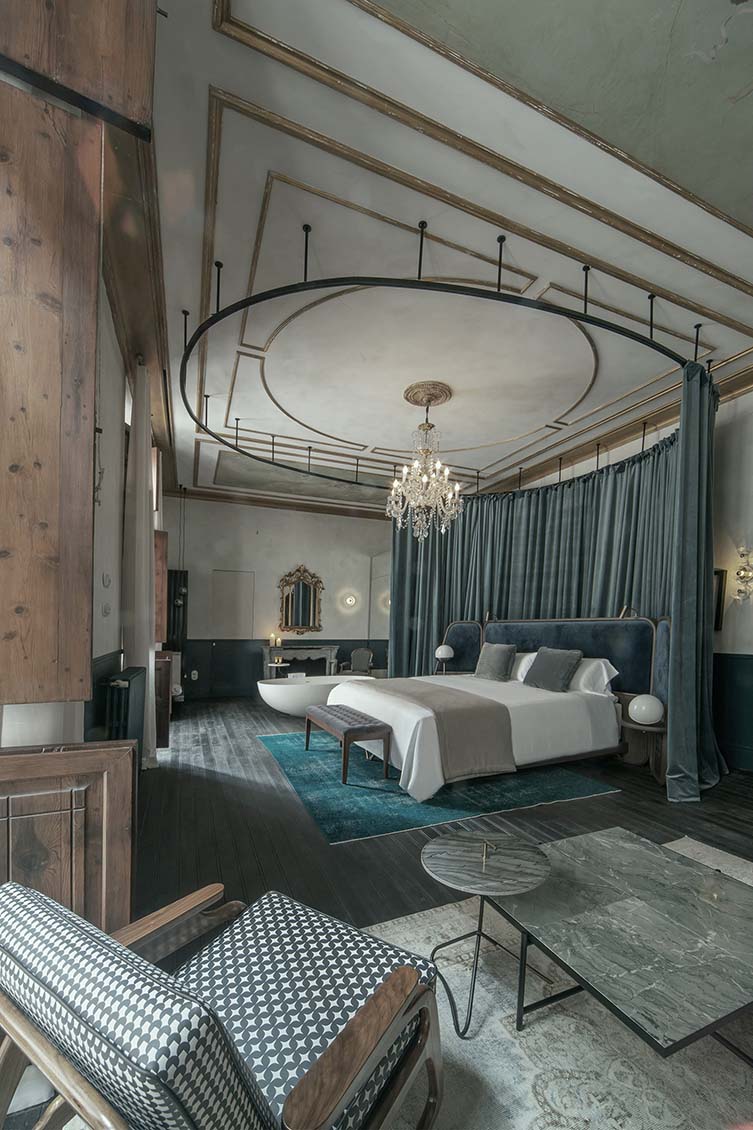 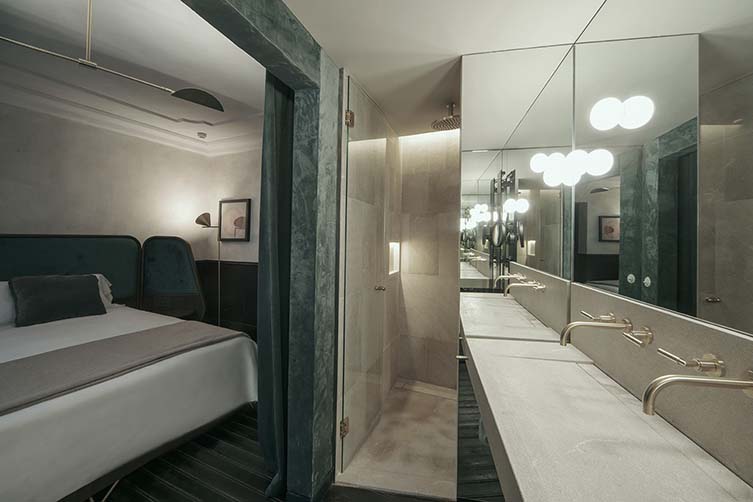 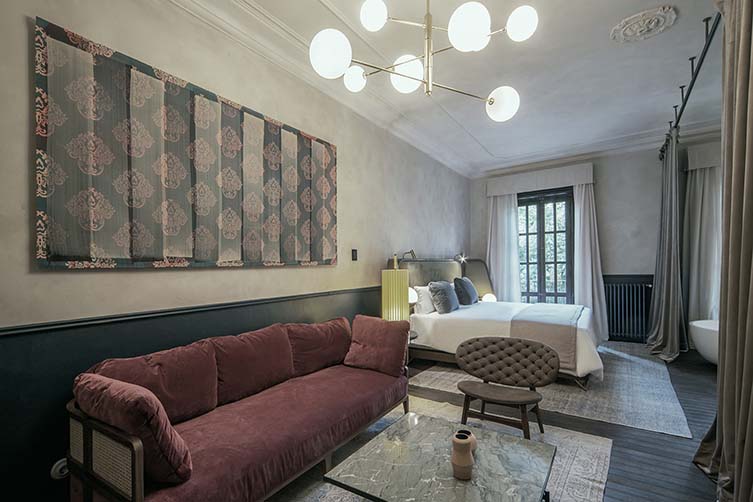 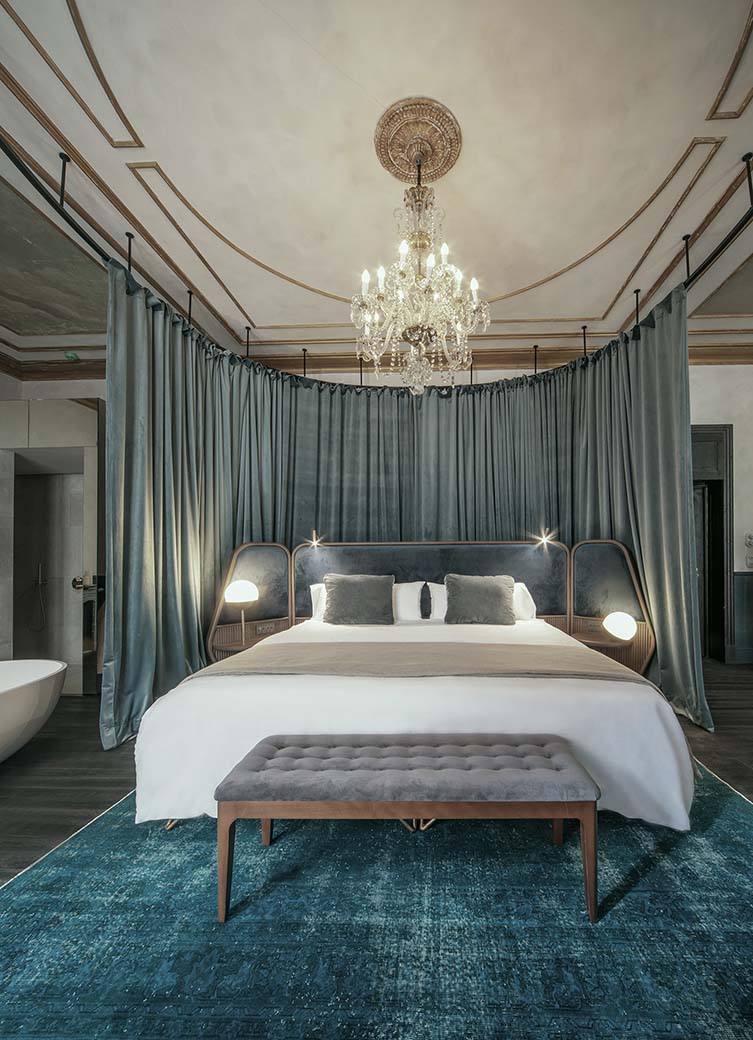 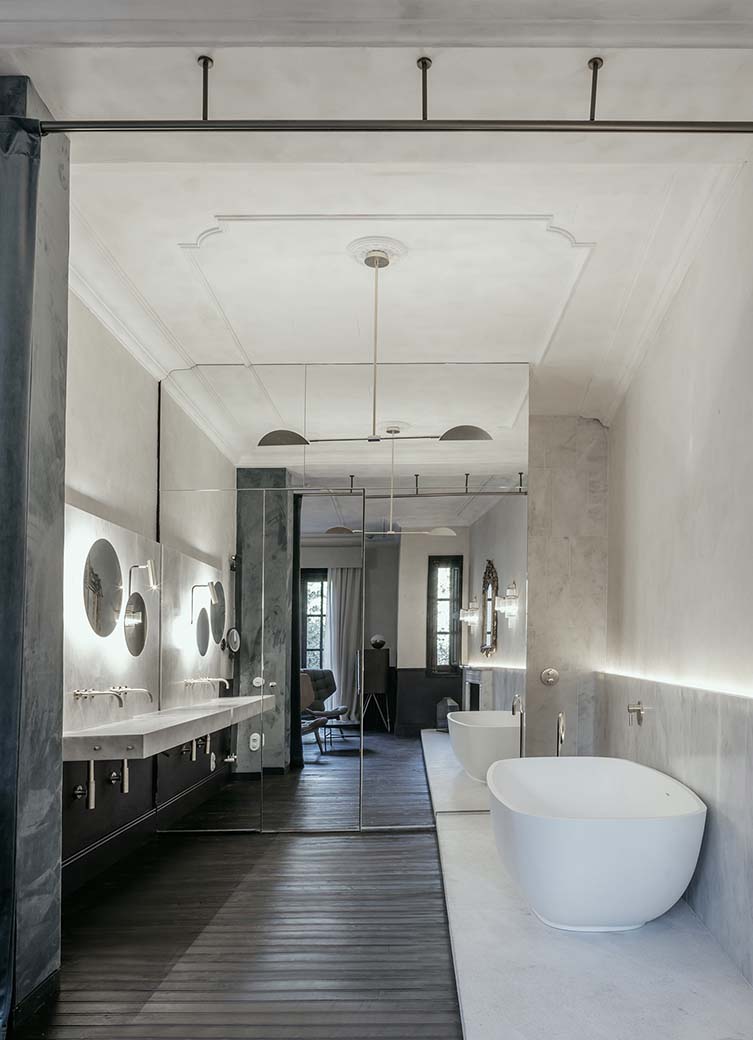 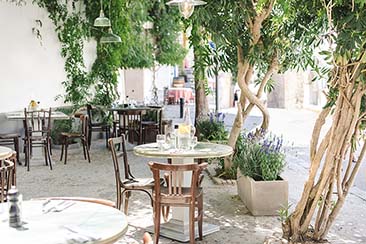 Rustic and contemporary qualities come together in both interiors and culinary offerings of Ibiza Old Town's handsome El Portalon...

Author, chef, and a pioneer of the Ibiza artisan food scene, Anne Sijmonsbergen is also the force behind El Portalon, a restaurant that serves up a seasonally-focussed menu in Ibiza Old Town; using produce from her very own organic farm as well as... 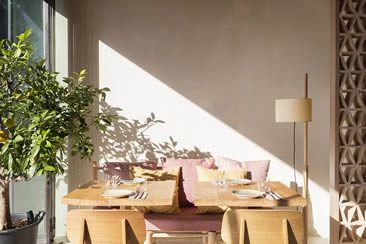 Spot On: design-minded hospitality brand hit the sweet spot with their first venture into the Balearics...

With restaurants that include Barcelona’s The Green Spot and Madrid’s Ana La Santa, En Compañía de Lobos are a hospitality brand that pride themselves on creating experiences based around honest concepts and a mindful approach to recipes; each... 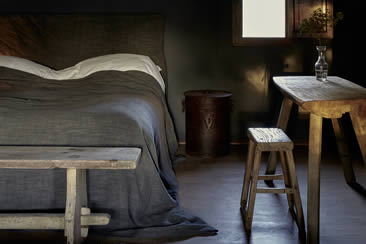 La Granja, a members-only retreat located in what was once a private residence in the Ibizan countryside, is a study in holistic hospitality — eliminating non-essential requirements and focusing on back-to-basics living. Away from the... 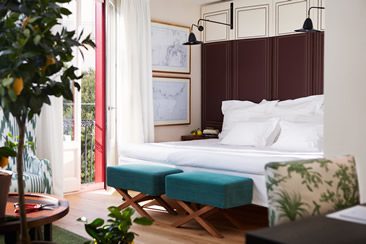 Hotel Cort shows that Mallorca has more to offer than package tour mayhem...

Forget the Mallorca of permanent sunburn, marathon bar crawls and buckets of Sex on the Beach. This is not that place, not that kind of experience. This is old town Palma de Mallorca, a place for Panama hats and linen suits, of shaded terraces and...