We’ve received the first ‘actual’ image of Ian Schrager’s The Shanghai EDITION, which is set to launch this October. Located in a 1929 art deco building on Nanjing Road—the former headquarters of Shanghai Power Company—the hotel will feature 145 guest rooms, a selection of restaurants and bars, including Shanghai Tavern and HIYA by Jason Atherton; Punch Room, first made famous at The London EDITION; and Electric Circus, a fresh concept in the shape of a club, VIP lounge and nightclub in the tradition of Schrager’s infamous Studio 54.

As the photo suggests, the latest from EDITION Hotels is going to offer killer views over the city’s skyline, and we look forward to revealing the complete story.

EDITION Hotels Press Release: With The Shanghai EDITION, Schrager has married the best of the old world and the new. The result of an ambitious and imaginative development, combining two very distinct yet complementary buildings, The Shanghai EDITION will be housed in one of the city’s finest buildings; the former headquarters of Shanghai Power Company on Nanjing Road, along the tree-lined Huang Pu River port on the Bund. This Art Deco monument houses the public area of the hotel, comprising a magnificent lobby, Michelin starred Chef Jason Atherton’s new restaurant, Shanghai Tavern, and a world class spa as well as multiple bars, night club, rooftop and meeting and event areas. As well as being updated and renovated, the heritage-protected historical building now flows into the state-of-the-art skyscraper development, designed to coexist and harmonize with the historical structure, while bringing it into the present day. This multi-dimensional space creates a synergy, designed for movement and flow. In the new tower, 145 rooms and suites, many with unrivalled views of the Bund, will be accompanied by an array of wining and dining spaces, including HIYA, a new Japanese restaurant by Jason Atherton on the 27th floor and Shanghai’s stylish incarnation of Punch Room, the sophisticated cocktail lounge first made famous at The London EDITION and ROOF, a garden rooftop bar with 360 degree views of Shanghai.

The historical pedigree of the development and renovation are rich. As well as the local heritage of the Shanghai Power building, the public spaces were created with an eye to an old-world sensibility; the likes of a traditional, English country estate or the quintessential London private gentleman’s club. Yet, it was essential that the hotel’s spaces and interiors were infused with a contemporary, sophisticated design vernacular. In Schrager’s signature style, The Shanghai EDITION possesses a dynamic fusion of old and new, embodied by the dual nature of the buildings’ development. The striking Lobby and main entrance to The Shanghai EDITION features a centerpiece light custom designed by the French architectural and decorative designer Eric Schmitt. The glowing sphere, held delicately in the grasp of gently curved metal prongs, hangs elegantly like a piece of jewelry in the center of the lobby. The atmospherically designed space includes a programmable LED feature on the underside of a cantilevered canopy, which welcomes guests in from the cobblestone driveway. The 9.5 meter high Grey stone walls establish sense of grandeur and solidity in contrast with rich walnut fittings which provide a sense of intimacy and warmth. This dichotomy is a signature of the EDITION brand. In keeping with Ian Schrager’s philosophy of the hotel lobby as ‘a new kind of gathering place’, the Lobby Bar, one of nine in The Shanghai EDITION is inset with a bespoke plaster relief artwork inspired by carvings typically observed on Shikumen (stone-gated) housing, which is unique to the fast-disappearing, traditional Shanghai urban typology. 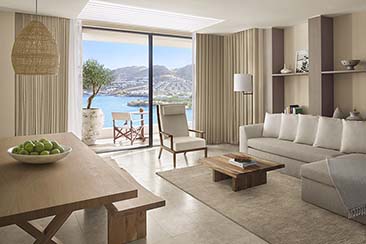 EDITION Hotels conjure an Aegean utopia on the edge of Yalikavak Bay, luxury and locality coming together in refined unity...

Ian Schrager’s innovative vision expands with the opening of The Bodrum EDITION, an Aegean utopia with 102 guest rooms, bungalows with private pools, and—for those among us who have the cash to splash—a 14,000 EURO-per-night four-bedroom... 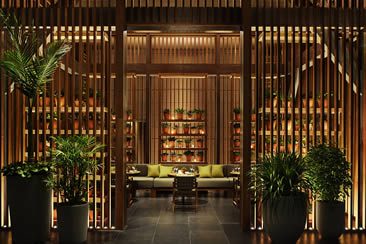 Schrager makes a big splash with his first Chinese hotel, The Sanya EDITION arriving with its very own ocean...

Ian Schrager opens his first hotel in China, choosing Sanya (the southernmost city on Hainan Island) as the location. Once referred to as 'the end of the sky and ocean' — thanks to its ever changing landscape - the city is also known for its... 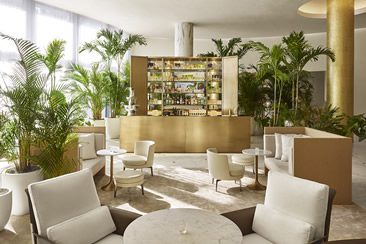 Ian Schrager has got form in Miami. In the early 1990s, the American hotelier and entrepreneur behind Studio 54 sensed the city was ready for a revival and set about building the luxury Art Deco hotel the Delano. It was the first new build in the... 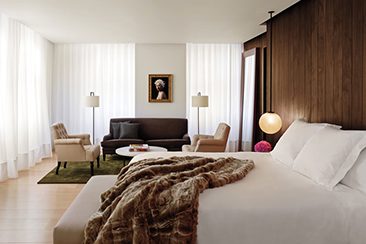 The godfather of boutique is back with a bang...

A brief history of hip hotels, if you'll indulge us: It's almost 30 years since the Andree Putman-designed Morgans Hotel changed the face of the hotel industry, co-founder of iconic New York nightclub Studio 54, Ian Schrager, defining a new category...