Originally built in 1891, the building that houses the hotly-anticipated The Broadview Hotel is a neighbourhood landmark with a storied past. (A few stripper poles remain in homage to its infamous past.) 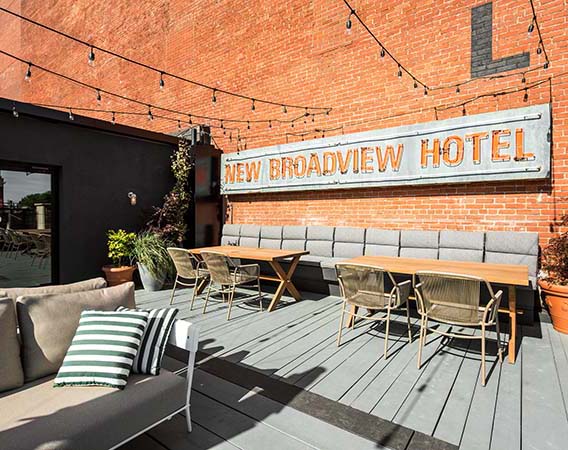 Today the much-loved edifice has been fully restored and transformed into a newly-opened, charismatic 58-roomed boutique hotel by international design studio, DesignAgency; who’ve created spaces that blend classic elements with unexpected eclectic accents. The sizeable guest rooms feature bold textiles that nod to the heritage of the property; king-sized beds; a mini bar with goods curated by local coolhunter, Good Neighbour; record players; and a selection of vinyl chosen by Tiny Record Shop.

Another surprise lying behind the The Broadview’s iconic façade is The Civic, a culinary destination—devised by restaurateur Erik Joyal and executive chef John Sinopoli—that serves classic plates with a modern flair in a dining room comprising dark tones and aged surfaces. Up on the impressive and aptly-named rooftop bar, The Rooftop, expect 360-degree views of Toronto whilst diners can dive into sharing plates and craft cocktails; think beef shortribs and fried chicken washed down with a ‘Becky with the Good Hair’ or ‘Canadian Tuxedo’.

Its neighbourhood swiftly becoming a destination in itself, Toronto’s stylish The Broadview Hotel is an example of gentrification-done-good that promises to bring plenty of interest to the city’s once-overlooked East End. 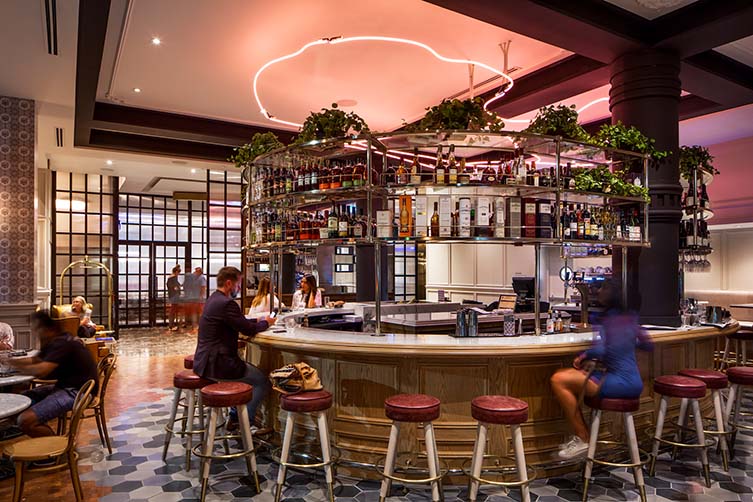 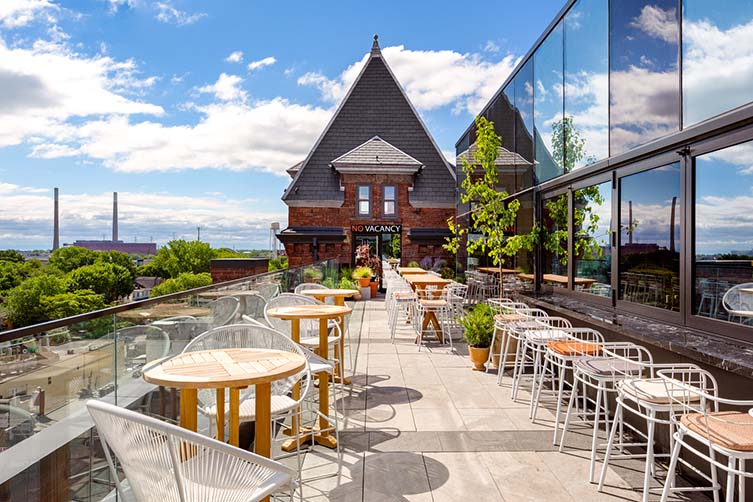 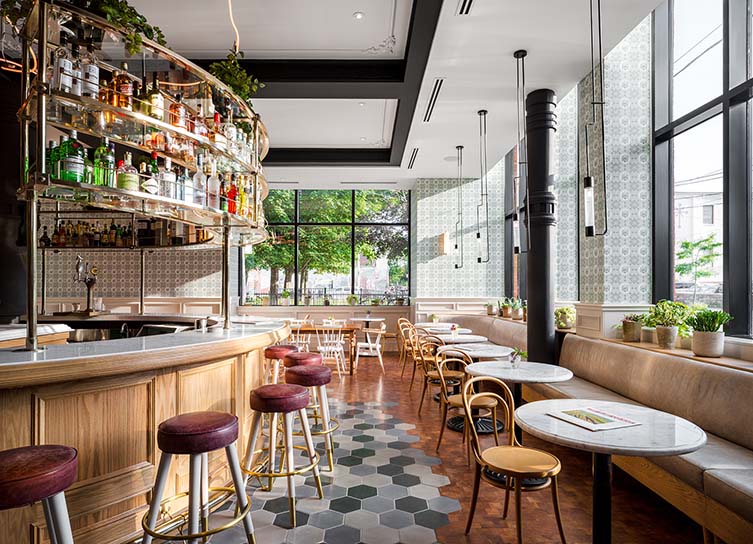 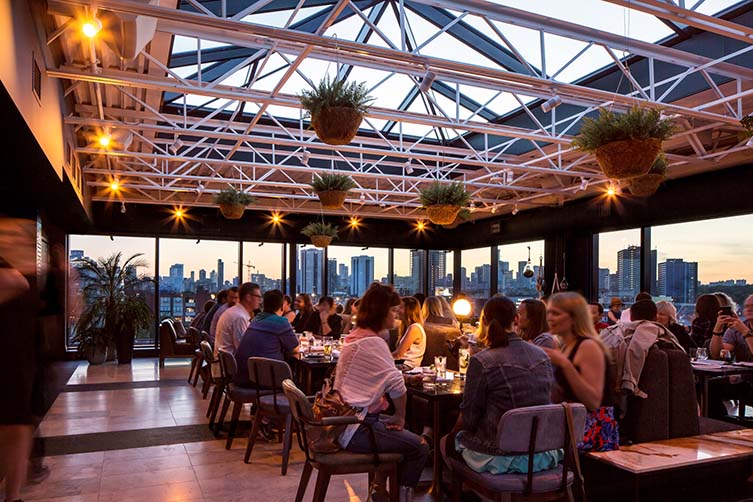 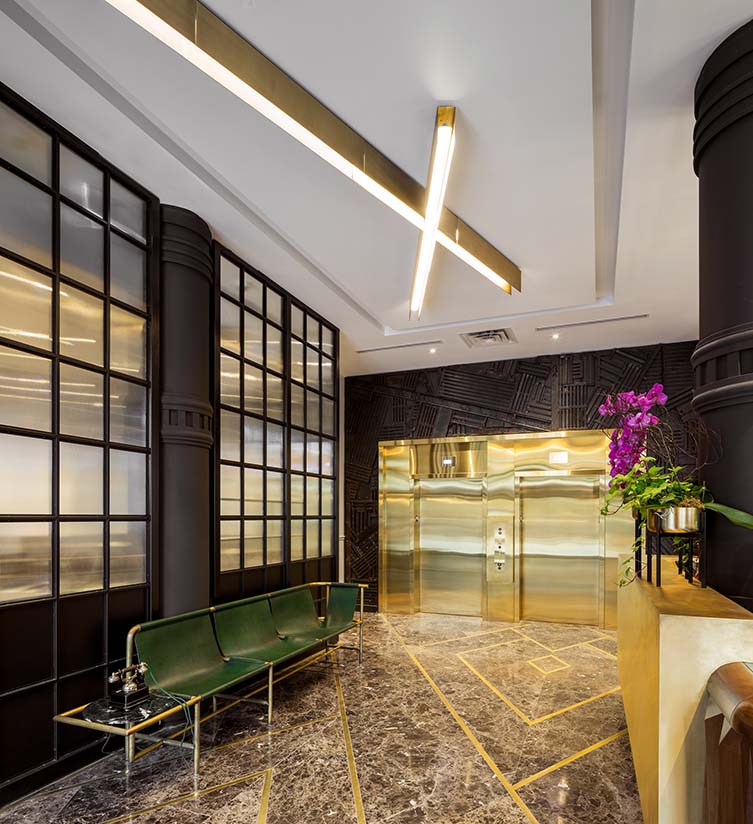 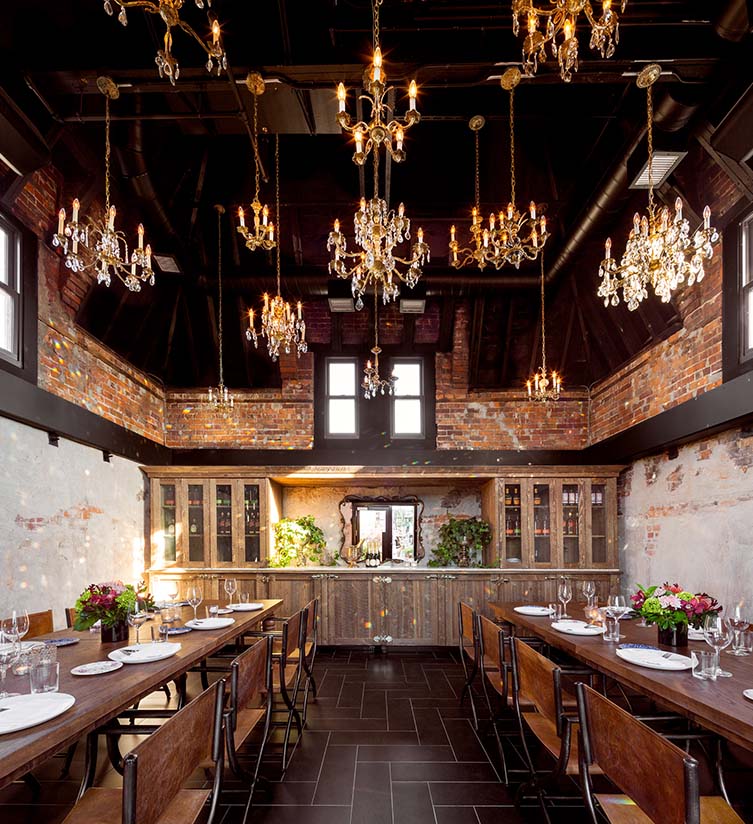 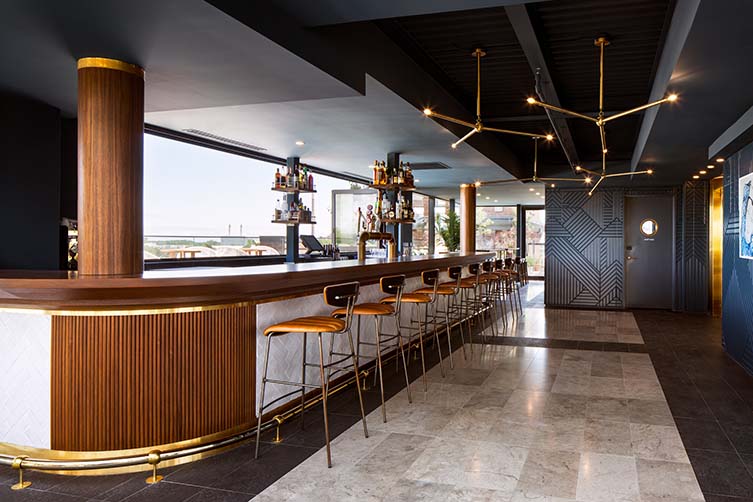 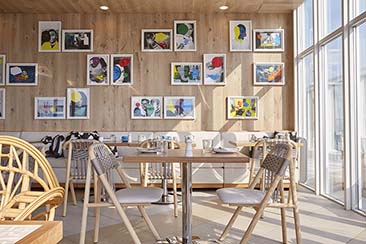 High up on the 44th floor of Toronto's style-conscious Bisha Hotel, new restaurant KŌST (pronounced coast) is a Baja-inspired eatery that transports its diners to a paradisiacal island in the sky through fresh colourful dishes, refreshing...

East Room in Toronto’s Riverside neighbourhood is a place for its creative members to spearhead their careers; quench their cultural thirsts; and nurture a healthy lifestyle ... after all, kids, ‘all work and no play, makes Jack a dull... 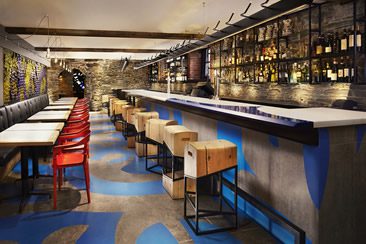 Barsa Taberna stampedes onto the Toronto dining scene with all the energy of a rampaging bull...

Get your tapas on in downtown Toronto at the Barsa Taberna, which has come snorting onto the scene from the creative minds at design studio +tongtong. Energy and authenticity were two key principles of the job here at the Market Street heritage... 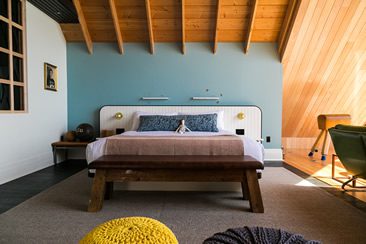 Ten years on from the launch of The Drake in downtown Toronto, hotelier Jeff Stober is taking things in a more rural direction with the Drake Devonshire in the historical town of Wellington, Southern Ontario. The country inn, bar and restaurant -...