When Mr. Kat is not sleeping or busy looking for food, he spends his time creating friendly, cute and classy 3D characters, playing with shiny materials and sculptural bodies. A big part of Peru-based, Spanish-born artist Jaime Alvarez’s inspiration comes from the fusion of pre-Columbian art and contemporary character design, focusing mainly on animals and skulls. His love for 3D took him to bring these designs to life through wood, plush, resin and fibreglass.

Speaking at this year’s Pictoplasma in Berlin, we had the chance to find out more about the Kawaii cat (that beats Paddington Bear to the title of cutest thing to come out of Peru) and its talented creator. We sat down with Alvarez to talk intuition; abandoned feline friends; ancient art and primitivism…

Can you tell me more about your background? How did your early studies inform your career path?

I come from a digital design and film background, I think that the internet has been the biggest influence in my learning.  Since 2007 I used 3D in my daily work for motion graphics, but in May 2013 I was craving to develop a personal style — and that´s how Mr. Kat began. In the local Peruvian art scene there are really cool sculptors, and mixed with what I’ve loved from Pictoplasma over the past years, I started to do some research. Resin and fiberglass seem to be the best materials to portray my style in the physical world… I haven´t used ceramics yet, but am always open to trying new materials. 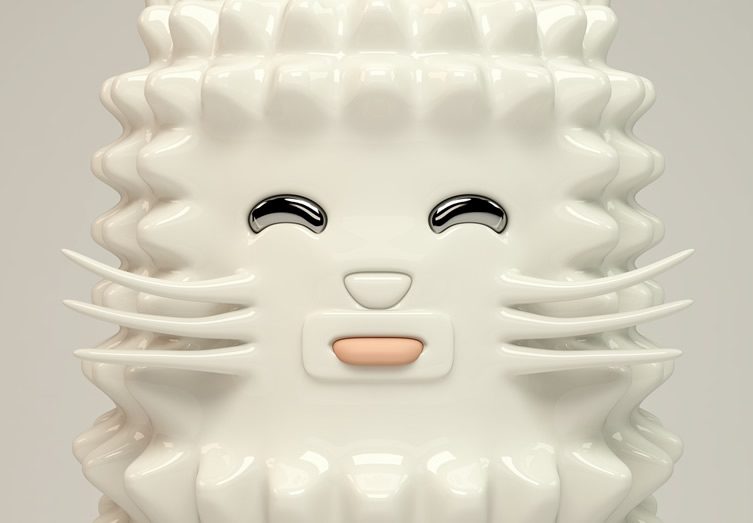 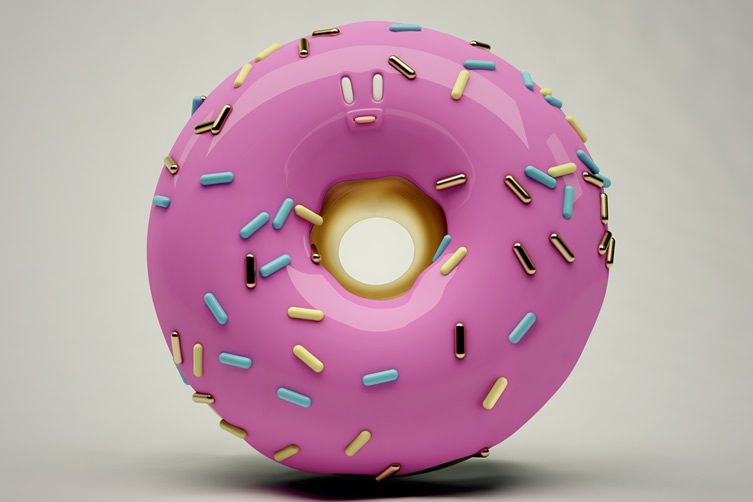 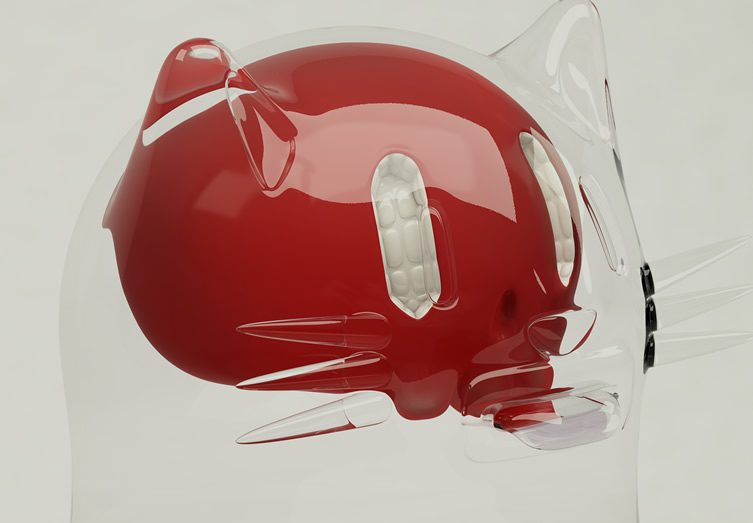 At what stage did you recognise the commercial potential of your artwork?

I recognised the commercial potential thanks to the exposure Mr. Kat has received in such short time, being part of Pictoplasma has been an amazing experience. On the animation side, I’m very happy that Cibertec Apple (Y&R), which I designed and animated, was a finalist in Ojo de Iberoamerica 2014 — competing with the best of the best in Ibero-America.

Over the last two years you’ve developed characters which have become almost iconic and synonymous as the ‘Mr. Kat style’ — can you tell us more about how your characters have evolved?

I design using my intuition. My goal was to have fun, learn and create a personal style I could relate to. In this style, the eyes and mouth are always very similar; creating a world where cats, skulls, and/or robots can coexist naturally. Adding to the eyes and mouth, I’ve created a colour palette and textures that I use often to help unify the style. During the past two years I’ve continued exploring, and the style evolves at a consistent pace.

Where did the inspiration for your cat / skull sculptures originate?

I’ve always liked cats, my wife LOVES animals — especially cats. When we arrived in Lima a few years back, we’d go to a park called Kennedy Park where people abandon them — we adopted a cat or, should I say, the cat chose us, and I started to draw our daily life as sketches where my wife was human, my first cat was a baby cat, and I was a big cat. So I guess Mr. Kat is an extension of who I am — but in a much cooler, talented and adorable way.

As for the skulls, coming to Peru has been a huge inspiration: there is something about the ancestral and the primitive that connects with me very much. I feel there’s a great connection between ancient cultures and modern character design — minimalistic forms, simple but very expressive faces, icons of our era. I remember seeing Sleepy Head by Friends With You at Pictoplasma Paris 2011 and feeling a kind of epiphany; ancestral sculptures from a parallel Kawaii world recollected and exposed in a beautiful presentation. That´s how I got the idea to make my first skull. They are representations of death but also the legacy of life, fetishes, Kawaii designs that serve symbolically as primitive amulets and protectors. 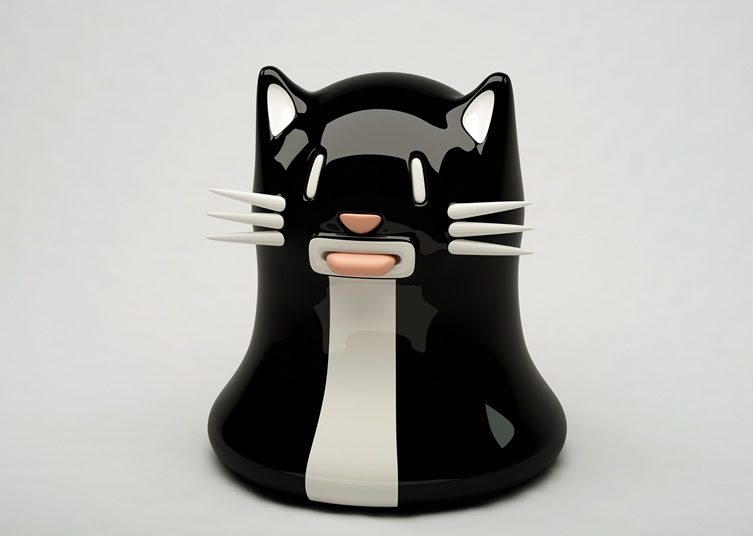 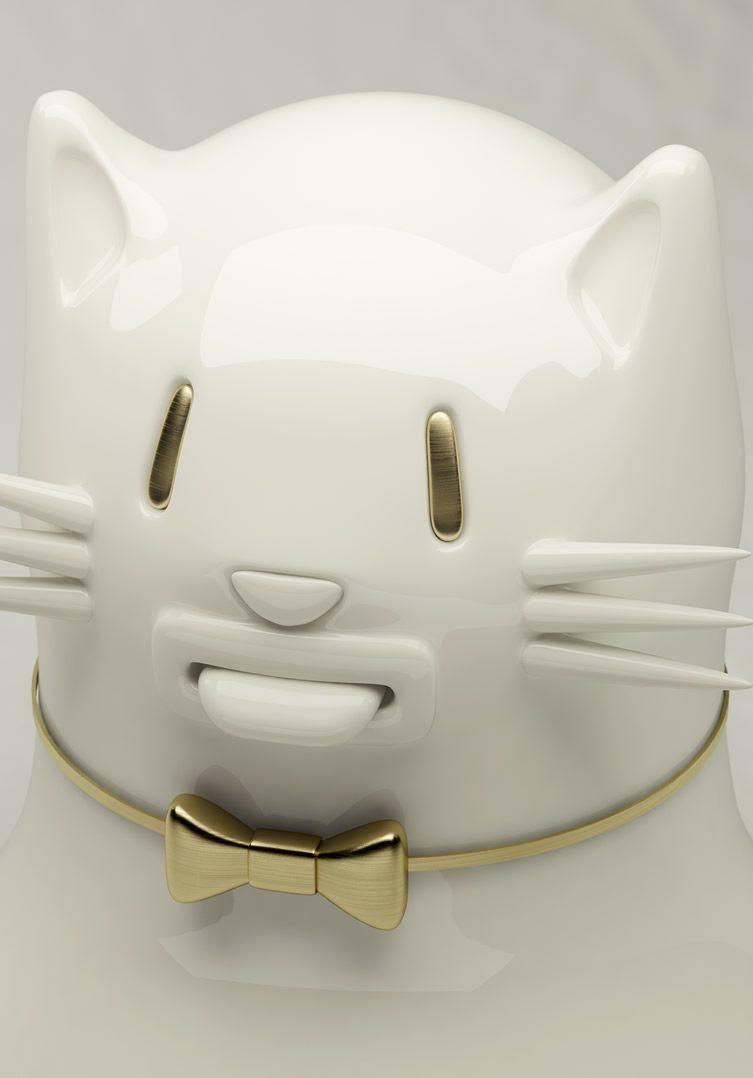 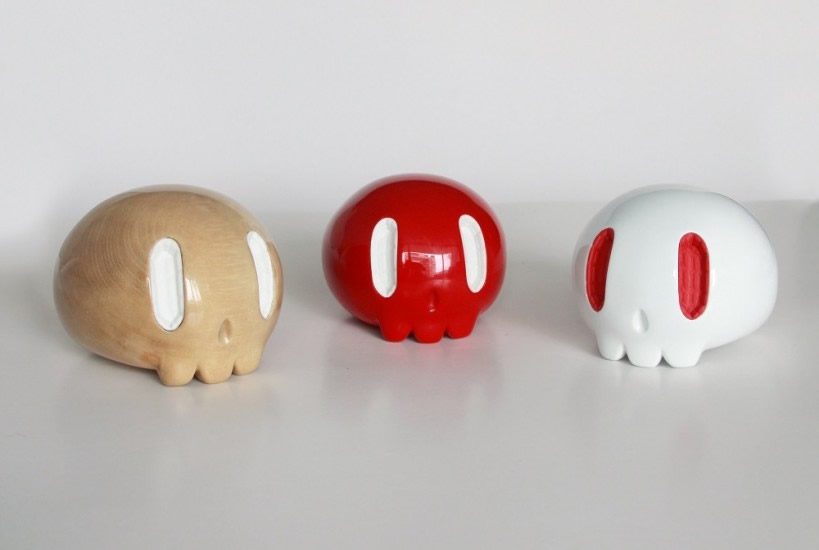 In your talk you mentioned an interest in pre-Columbian art, tell me more about this inspiration?

As I’ve said, I have an emotional connection to ancient art. When I went to the Larco Museum in Lima in 2010 I was really impressed by the powerful, and yet simple forms of sculptures, textiles, and ornaments that the pre-Columbian cultures exposed. I feel my artwork connects our era with the ancient times, where technology changes aesthetics and production, but the essence of who we are stays the same. Coincidentally I’ve always been attracted to primitivism — so I like Gaugin; Picasso; Rousseau… and I find similarities in this type of art with Andy Rementer; Jon Burgerman; Keith Haring and so on.

Describe the production process in creating one of your Kat sculptures.

Each Mr. Kat sculpture is made up of 15 pieces, and created as a replica of my digital designs. Once I have modeled Mr. Kat, and retouched it a couple of times to make the shapes better, I separate each element into individual 3D pieces. This project is then transformed to life with a milling machine. I started using wood because it works great with milling. The result was so nice I chose to make a wooden version of my sculptures too. As a final product, I use mahogany, oak and other types of wood. For milling, it depends on recommendations — this final wood becomes the matrix for moulding, which I do with passionate Peruvian artisans.

Throughout the conference, speakers have cited personal work as a platform for gaining clients / showcasing the type of work they wish to be known for — what are your thoughts on this?

I completely agree. Our clients (production companies, agencies, direct clients) have a lot at stake when choosing whom to work with, personal projects help us show what new things we can offer. 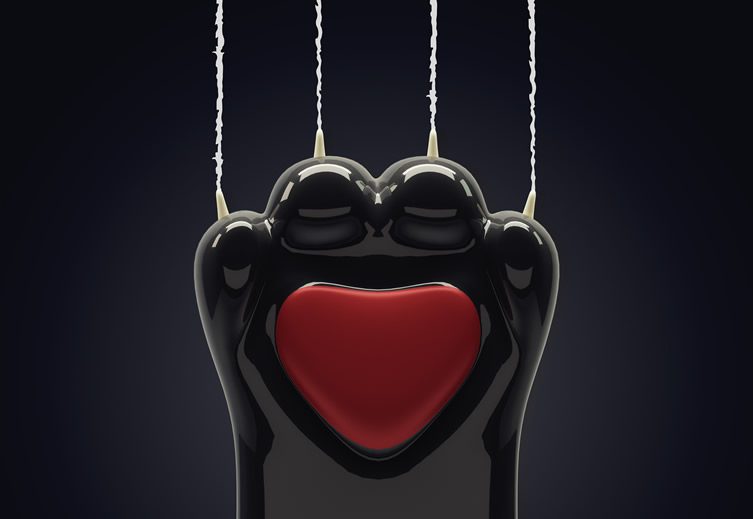 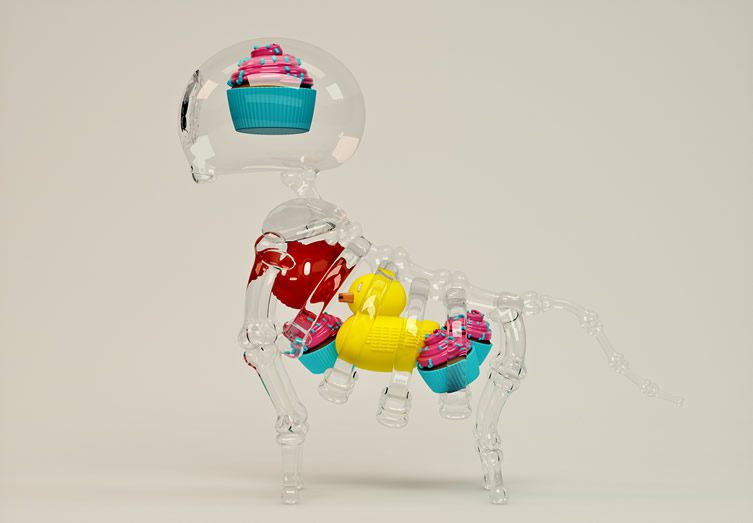 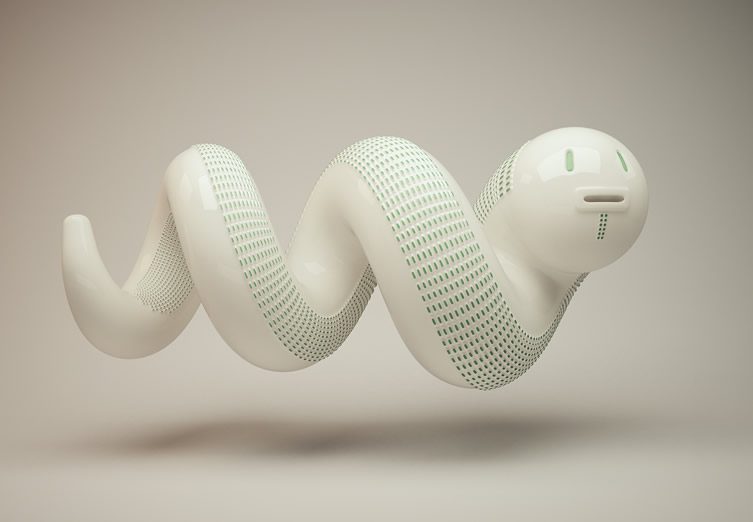 Did you enjoy the experience of speaking at Pictoplasma? Has the conference presented you with any immediate opportunities for collaboration with other artists/clients?

I love Pictoplasma. When Peter Thaler emailed me to say I’d been chosen for the Character Selfies exhibition last year it meant a world to me — since then I’ve had the chance to be in Pictoplasma MARCO 2014, have been published in their new awesome book Character Portraits and now a speaker in Berlin 2015, Pictoplasma’s headquarters. I have received quite a lot of mails from potential clients, and enjoyed a spontaneous collaboration with an incredible drawaholic: Akinori Oishi, who also spoke at the conference this year. He’s created unbelievable characters on one of the mahogany skulls, filling it with happiness.

Where do you see the Mr. Kat brand developing over the next 5-10 years? Are there any artists/designers who you aspire to emulate?

There is potential to develop in different industries and markets, such as character design; 2D/3D animations; sculptures; jewellery; clothes; toys… I guess it depends on many factors I don´t control, but I’m very thankful for everything that has happened up until now, and I’ll keep doing my best to encourage people to connect with Mr. Kat.