In Startup High, Serge Gay Jr. finds San Francisco as a spirit in transition. The heady acid-drenched psychedelia of 1960s Haight-Ashbury a cloud of colourful decadence, the smartphone-transfixed Millennials treading a grey path devoid of tangible meaning. One of 15 new paintings that comprise his latest solo show, Different Rules, it sets the tone for a body of work uncomfortable with society today. 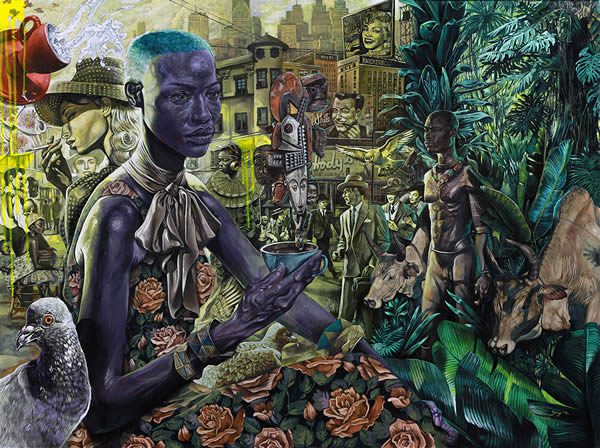 A homosexual black man living in America today, Gay Jr. has a right to be wary of the current sociopolitical climate; chased by a haunting pack of zombie police, bullets and dogs, the black child in Less Than Human cuts a tormented figure — it’s a startling indictment of where the civilised world is in 2017. ‘We still have a long way to go when dealing with racism,’ Serge begins, ‘and we, the black community, are still second-class citizens to the far right wing in this country.’

Police brutality and Silicon Valley’s increasing hold on we as a people are just two areas touched on throughout this frenetic series of paintings; women’s rights, climate change, gentrification, and queer identity all evident in the Haiti -born artist’s unrestrained scenarios. Often confounding, always expertly-executed, Gay Jr.’s emotive approach to his craft presents its viewers with a deep, complex narrative of which to take apart; new layers unfolding with each glance you take into his chaotic, immersive works. 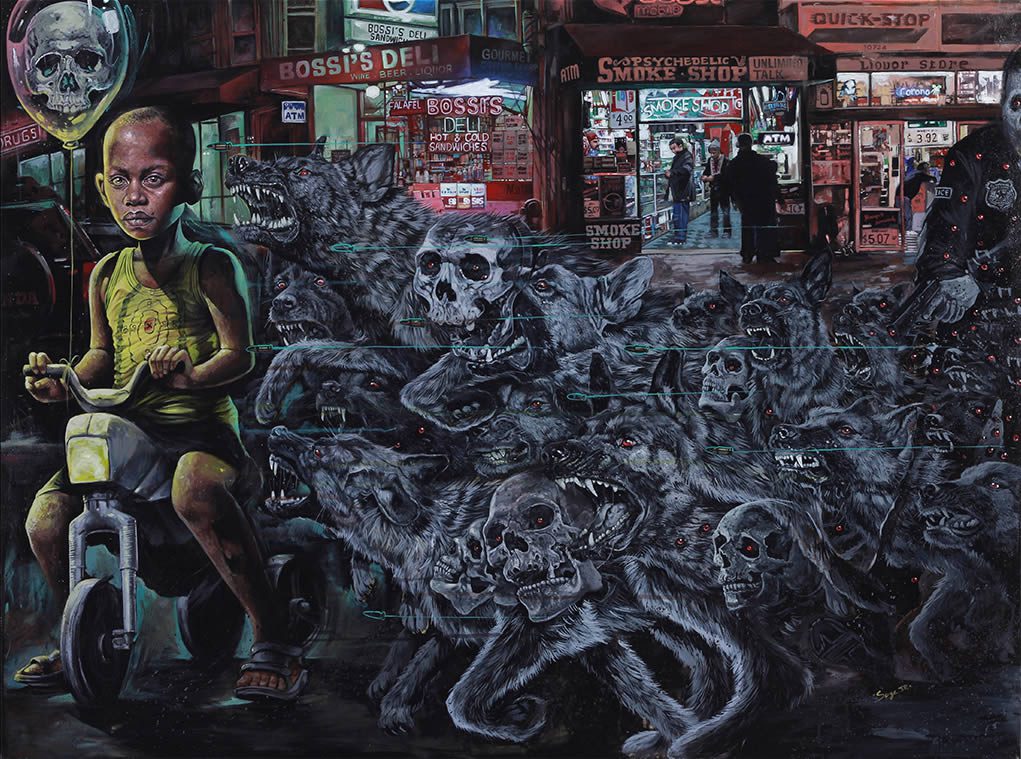 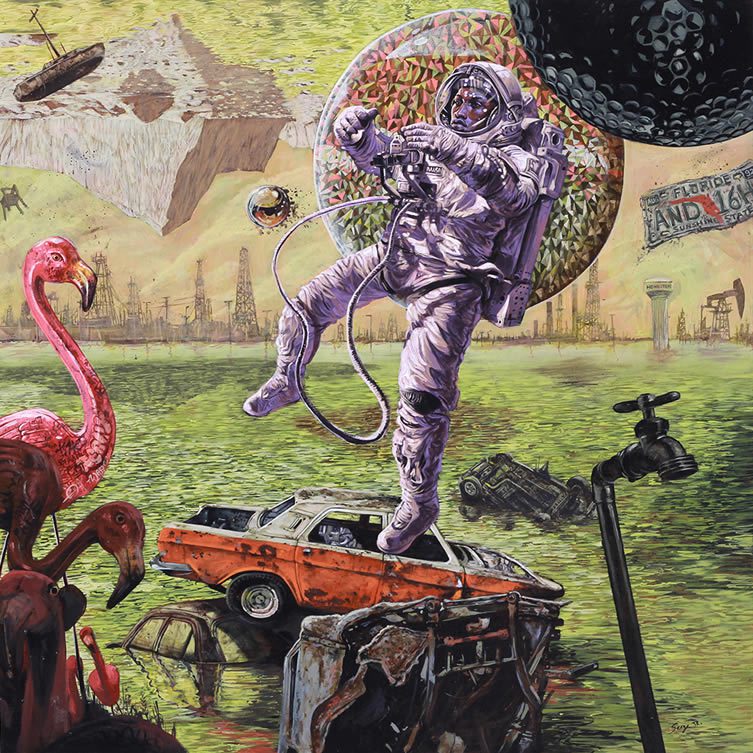 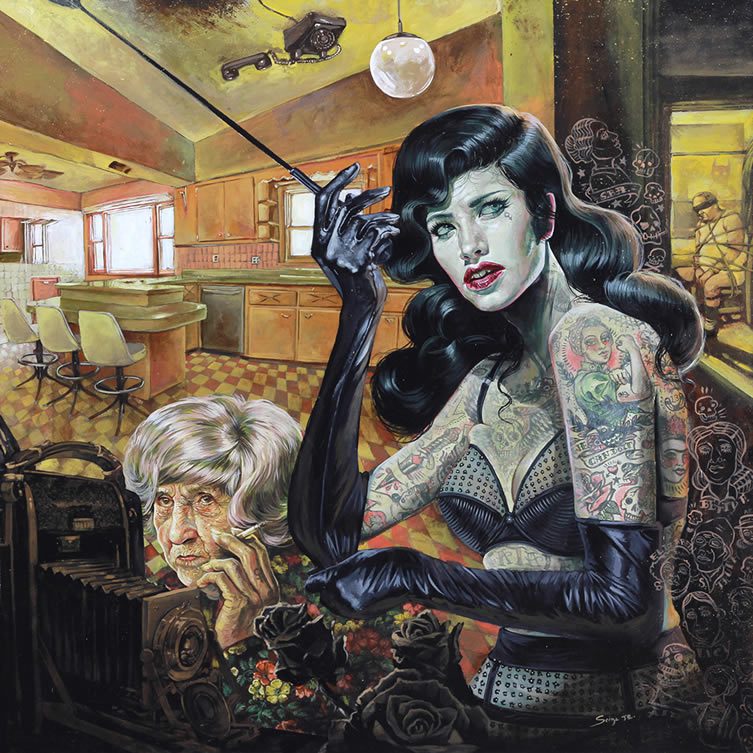 Serge Gay Jr., I Am Invincible 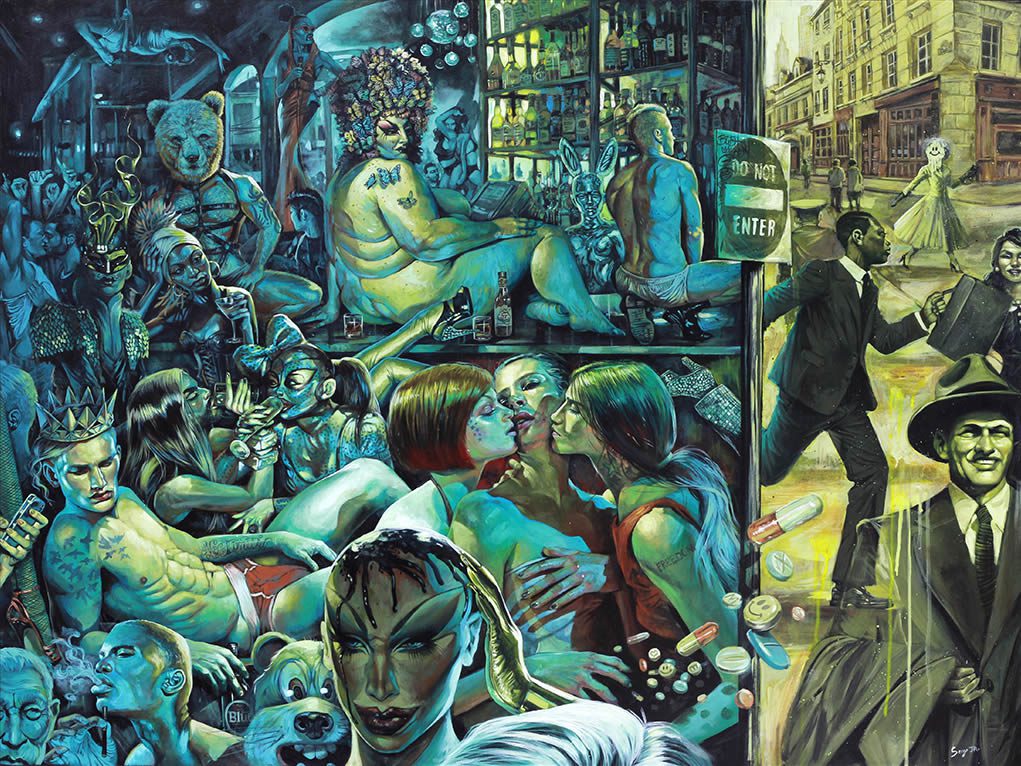 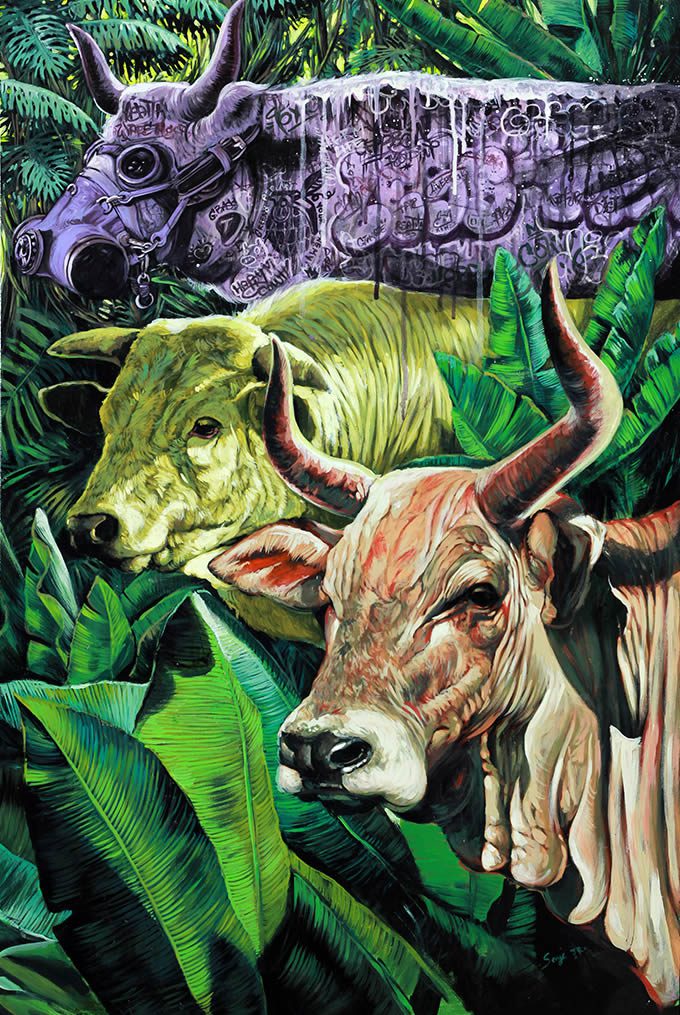