There’s something about fashion that encourages doodling; its freedom of expression, its primal creativity, or the will to subvert its oft-idealistic representations. Alana Dee Haynes‘s works often begin life on the pages of fashion magazines; Hattie Stewart‘s frenetic doodling is very much on the side of subversion; too are the sculptural interventions of Aurelien Juner. 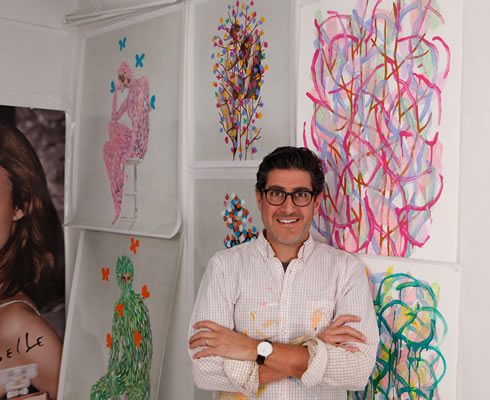 Someone familiar with putting his work where he shouldn’t, Michael De Feo has been intervening in the streets of over 60 international cities for nearly quarter of a century. He is known as ‘The Flower Guy’, which is a fairly straightforward moniker for a man who has spent so long prettifying urban streets with his iconic, unsanctioned street art. Like all high profile street artists, De Feo has moved inside in recent years — exhibiting everywhere from London to Paris, New York to Amsterdam; which is where we are for The Fashion Pages, which opens in the Dutch capital 8 April.

And it is that irresistible canvas fashion that is used to fine effect in the New York-based artist’s show; a mixture of unlawful interventions on bus stop shelter advertisements in his hometown, and less-risky works on the pages of leading fashion mags. The show plays out at Amsterdam gallery Garage, and sees the likes of RnB star Tinashe, Her Royal Fashioness Kate Moss, and Keira Knightley transformed by ethereal strokes of blossom and bloom.

Michael De Feo, The Fashion Pages, shows at The Garage, Amsterdam, 8—10 April; by appointment (hit up info@thegarageamsterdam.com for details) afterwards. 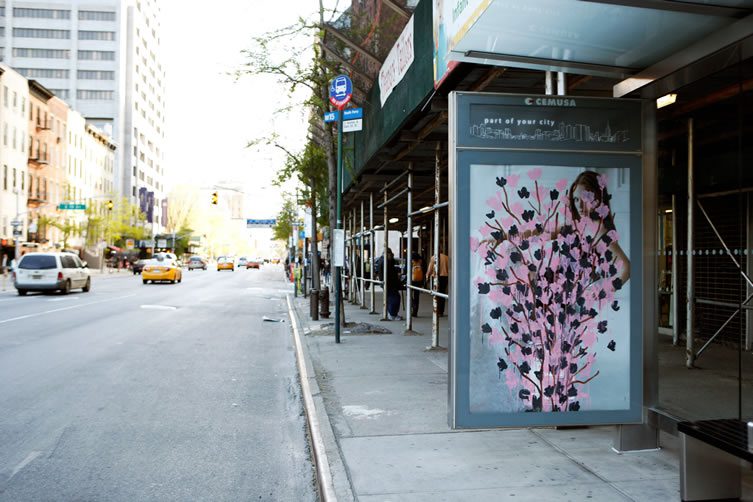 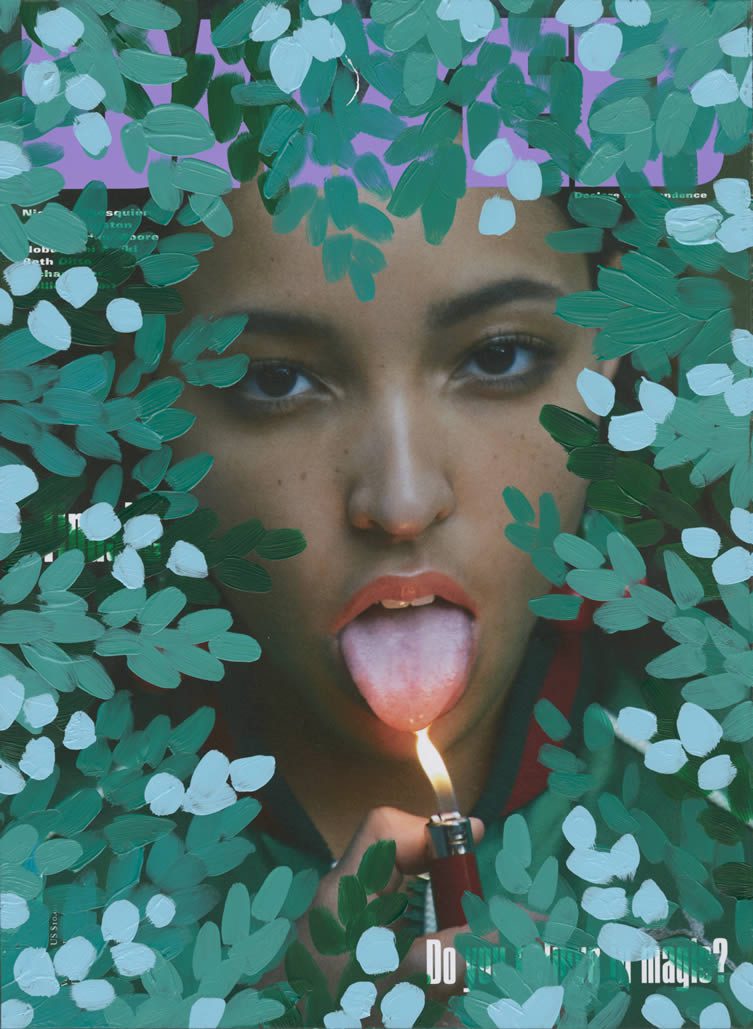 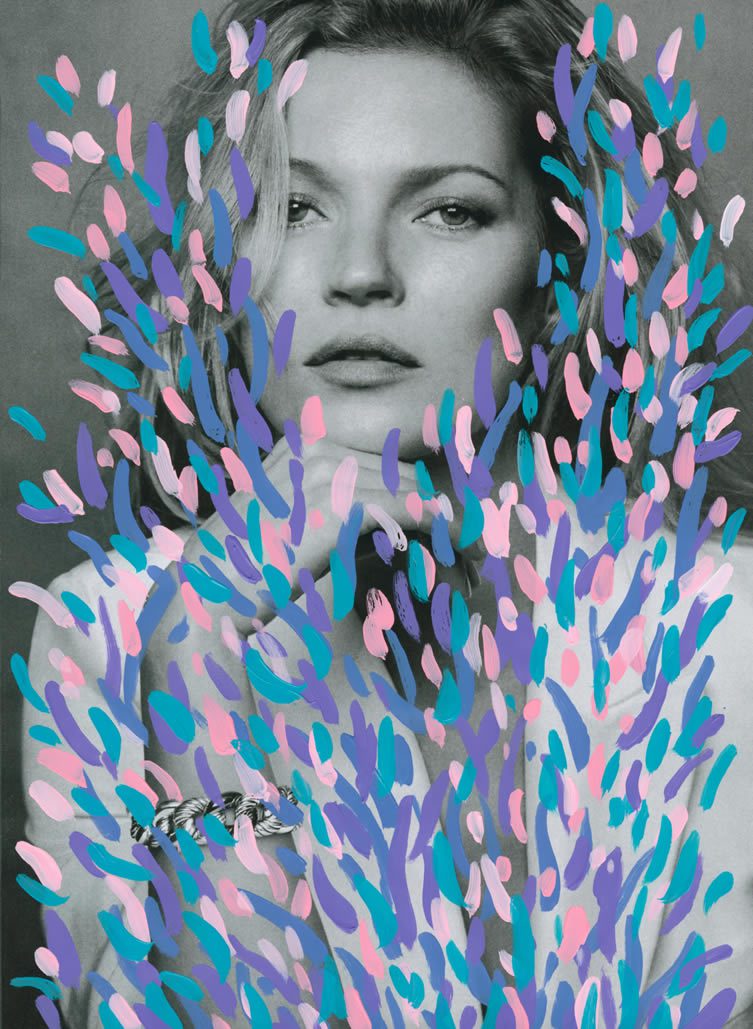 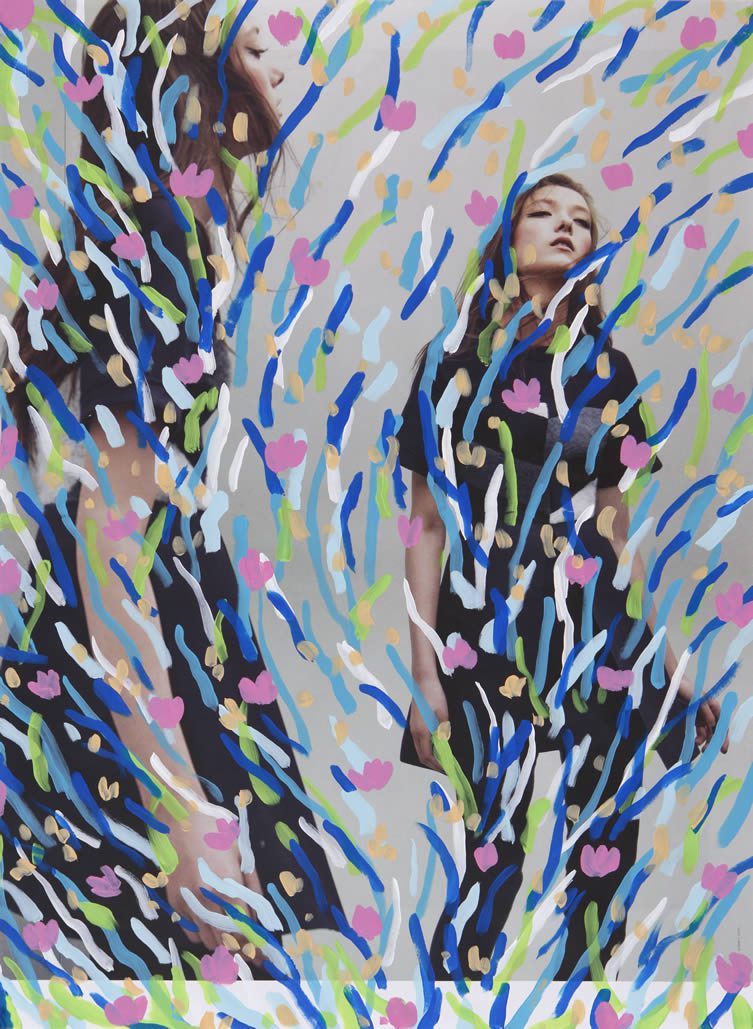 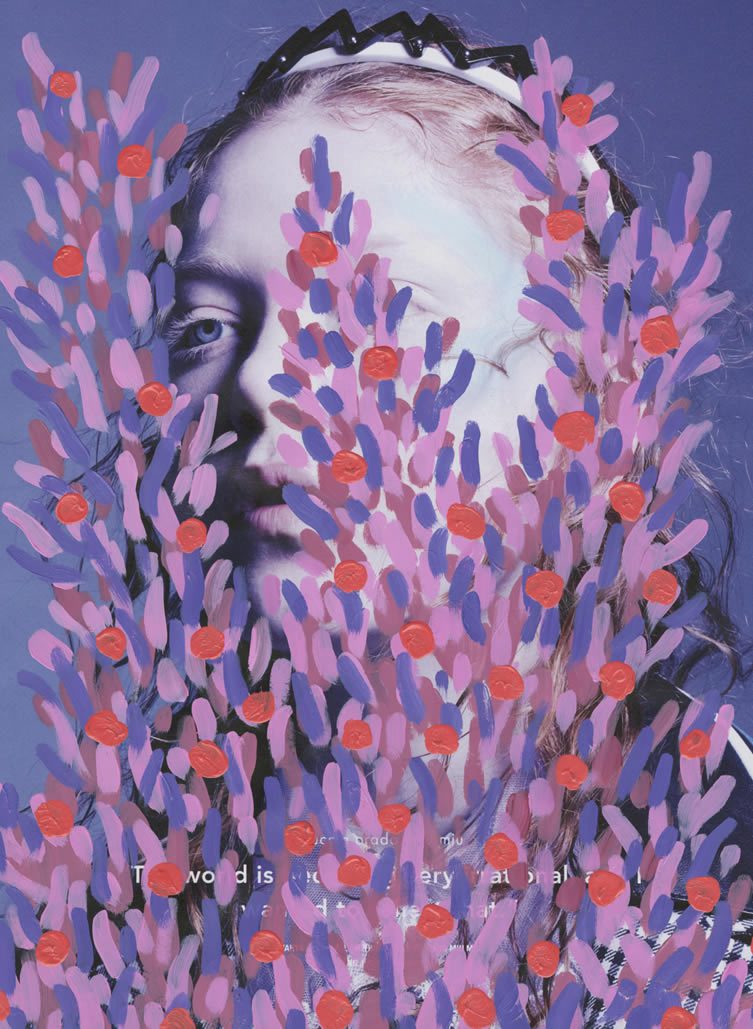 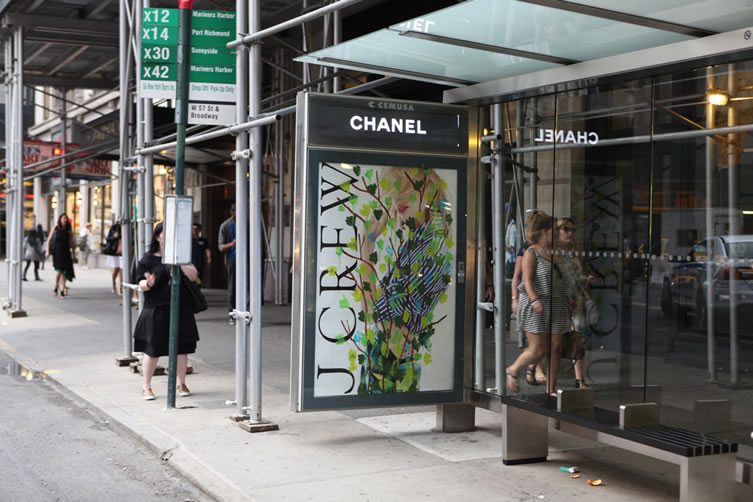 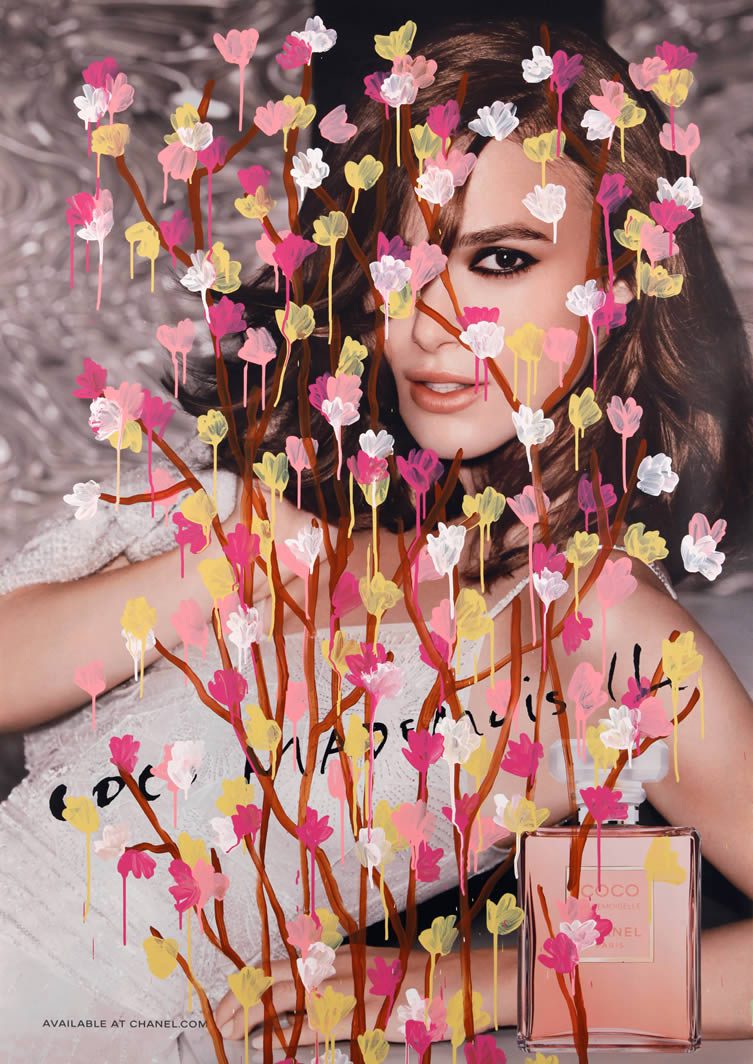 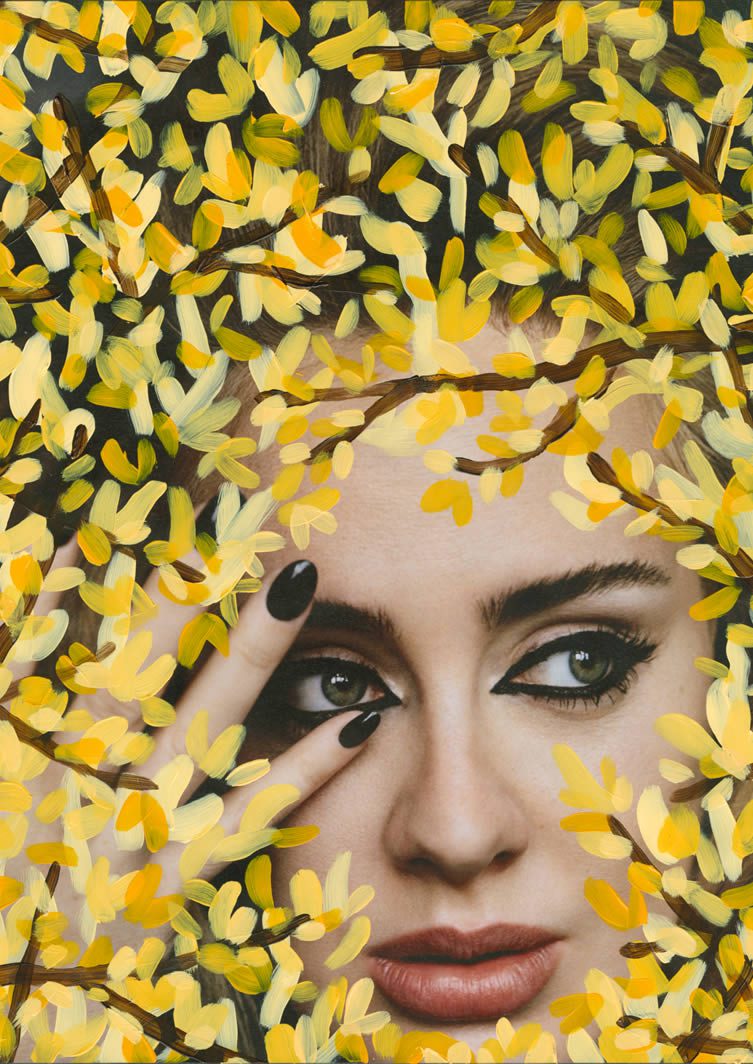