Was Sunday school still a thing when you were growing up? If not you may need some help with the mythology surrounding the Tower of Babel — a yarn from the Old Testament, when God was an angry and vengeful old grump. The story goes that after God wiped out most of humanity and all but a pair of each animal in the Great Flood, the remnants of mankind (all speaking the same language) gathered together in an attempt to form a new civilisation. 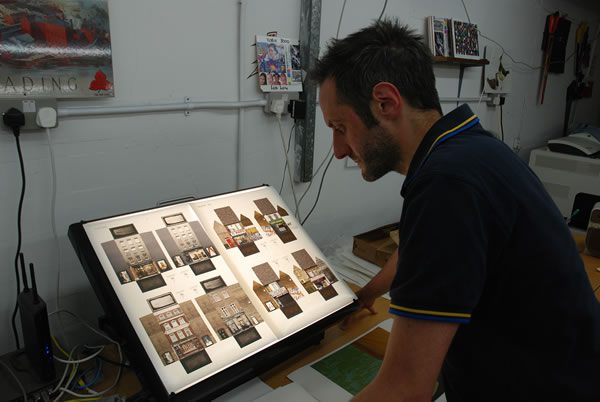 They built a great and symbolic tower “to make a name for themselves”, but God decided his subjects were getting too big for their boots again already, waved an omnipotent hand to scramble their speech into different languages, and scattered them to the four corners of the Earth. Which I’m calling a dick move.

Anyway, the Tower of Babel is now a symbol for both commonality and diversity in culture and language, and Barnaby Barford has just unveiled his take on the Tower, coinciding with London Design Festival, at the V&A. Barford’s ceramic interpretation swaps Biblical Mesopotamia for London, but retains some of the scale and grandeur of the mythical original in standing six metres high. It’s structure is similar to that in the 16th Century painting of the Tower of Babel by Pieter Bruegel the Elder, which depicts the building with a tiered modular edifice ascending to the sky.

Barford’s units (a stupefying 3,000 of them) are London commercial properties, ascending in value from abandoned shops and thrift stores at the base, rising towards the rarefied atmosphere of the capital’s most upmarket boutiques and galleries. The bone china tower is on display at the V&A’s Medieval and Renaissance Galleries until 1 November, and the individual shops are also available to buy online; prices range from an affordable £95 to an exclusive £6,000, depending on their address. 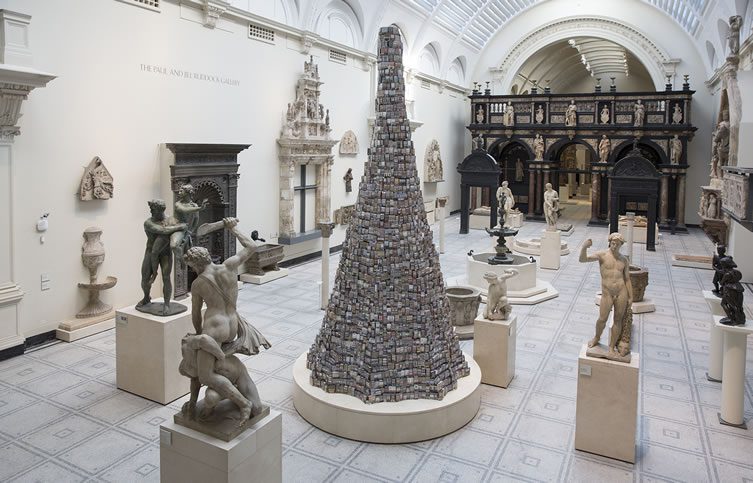 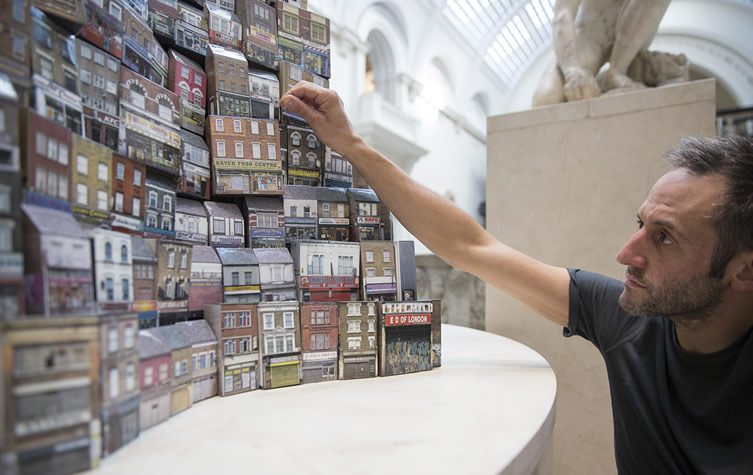 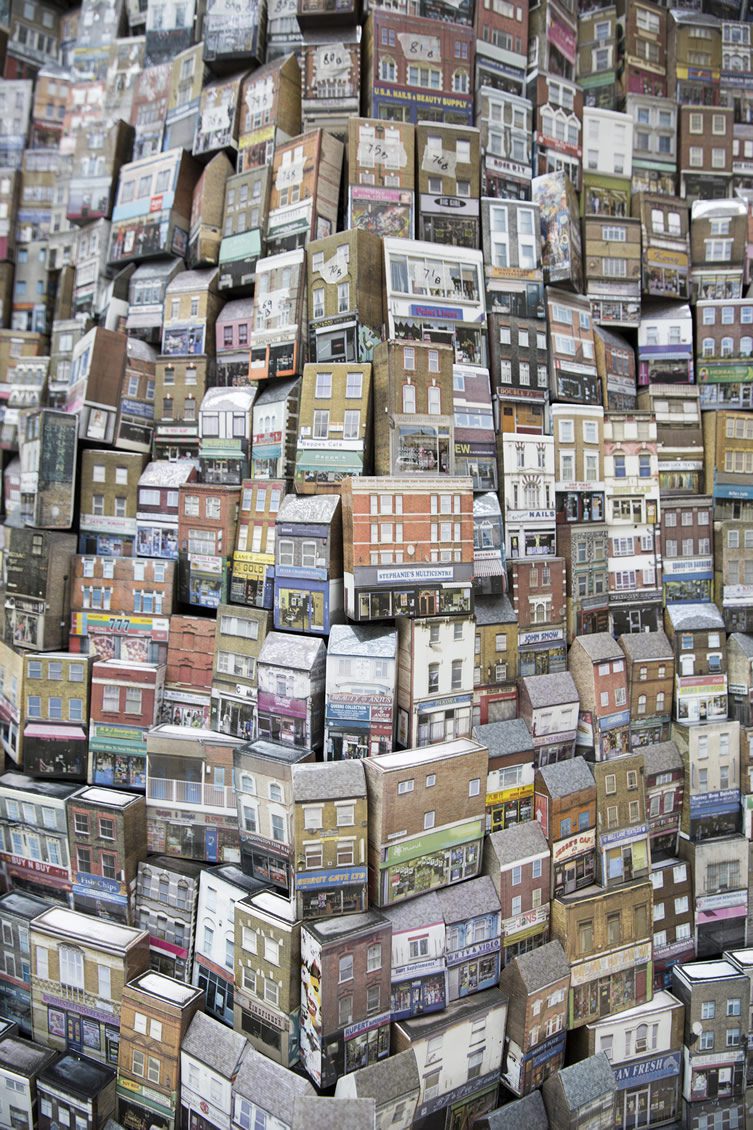 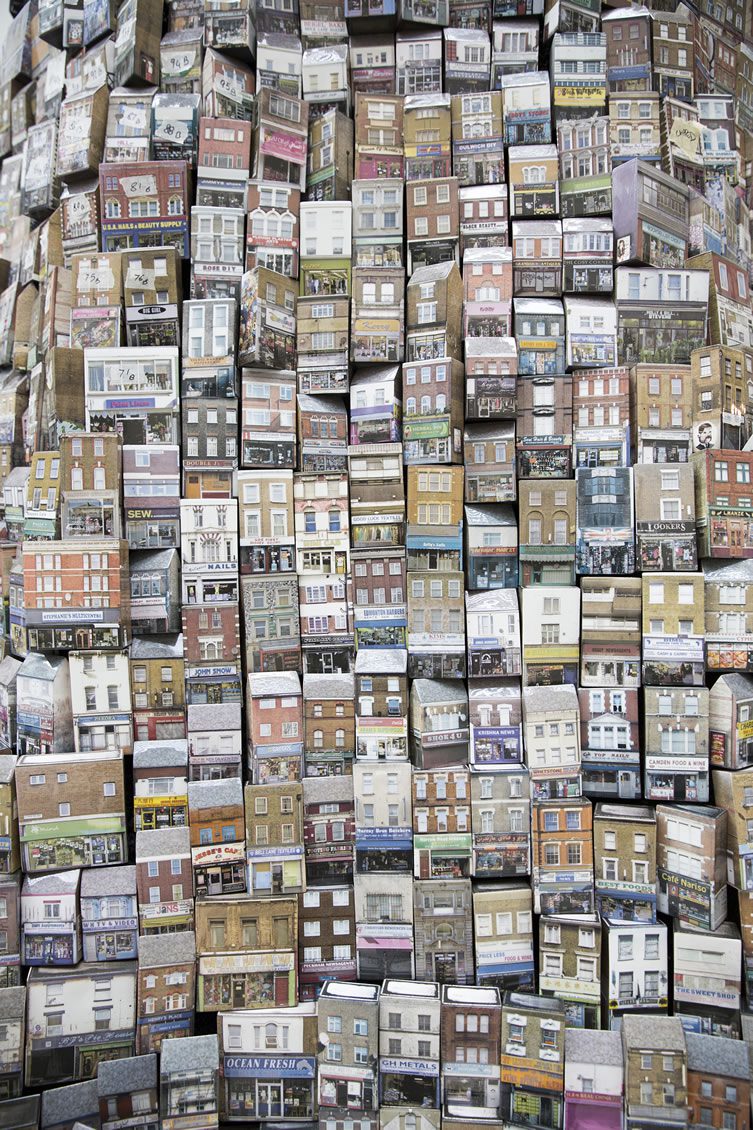 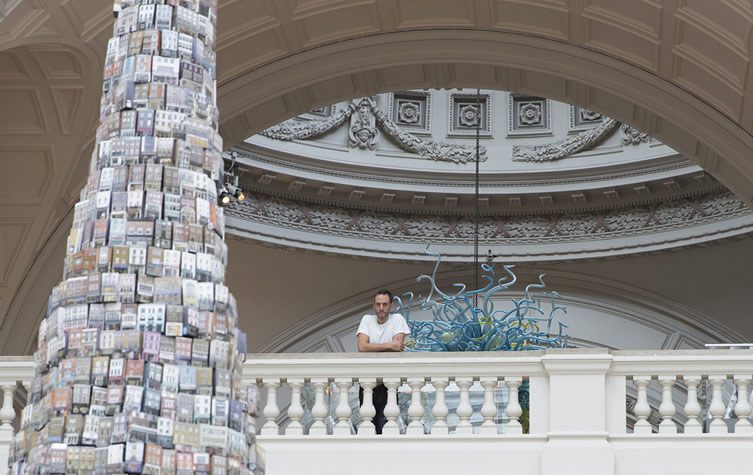 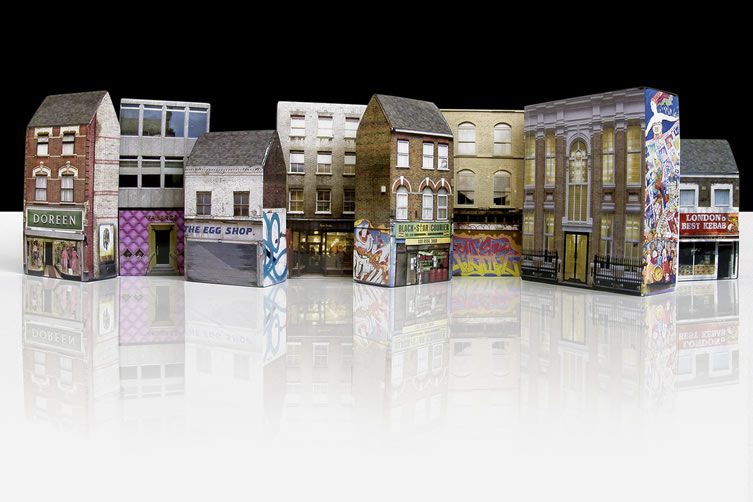 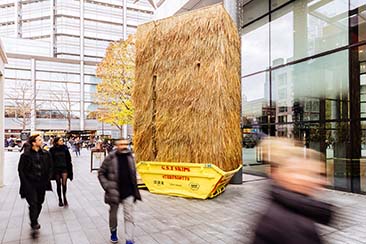