As far as allegations of objectification go, I can’t offer anything in the way of credible defence for these classic examples of American pin-ups other than to say that if I spent the majority of my day with my head stuck under a car bonnet, I’d like something pretty to look at when I came up for air. Whatever your views, pin-up art is an important part of American popular culture, and in spite of the subject matter there’s been a revision of opinion on the merits of such work; no longer regarded as merely illustration, the best pin-ups are now also viewed as fine art. So there.

Louis K. Meisel has devoted many years to building up an impressive archive of pin-up art, collaborating with a European aficionado to assemble The AK Collection currently on show at the Louis K. Meisel Gallery in New York. Examples date back to the beginning of the movement in the 1930s, when increasingly daring calendars and magazines first began to use the imagery. Often the original paintings would be discarded once a print reproduction had been made, but The AK Collection features surviving oils, watercolours and pastels by the most prominent pin-up artists including Gil Elvgren, Alberto Vargas and Rolf Armstrong. The Great American Pin-Up Returns: The AK Collection is on show until 2 May. 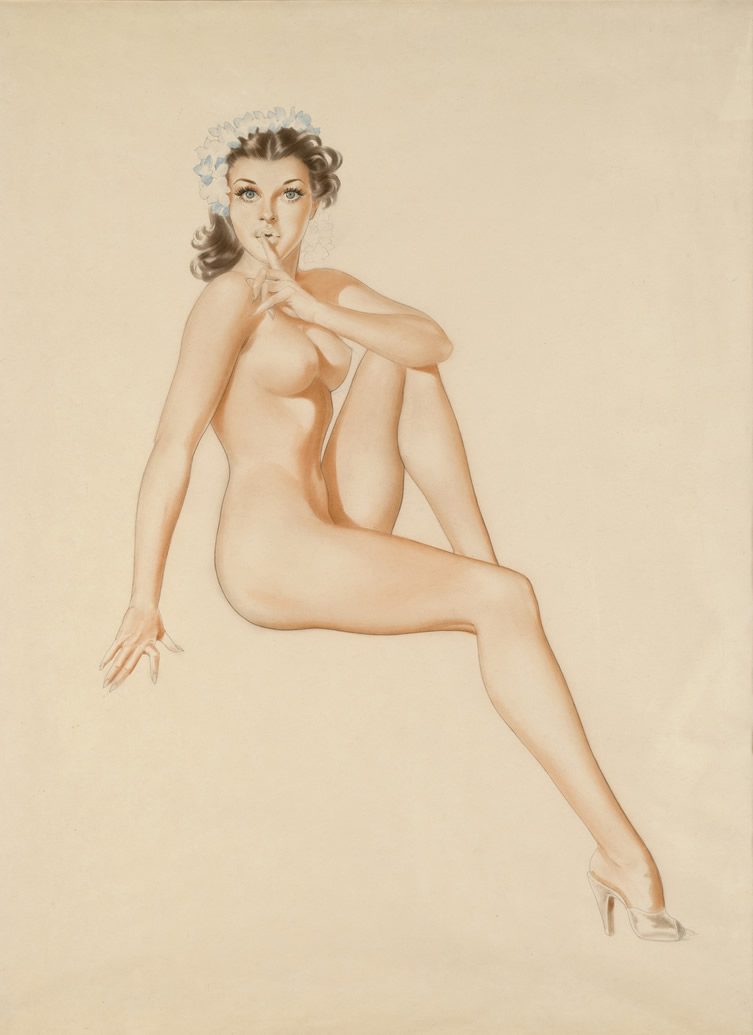 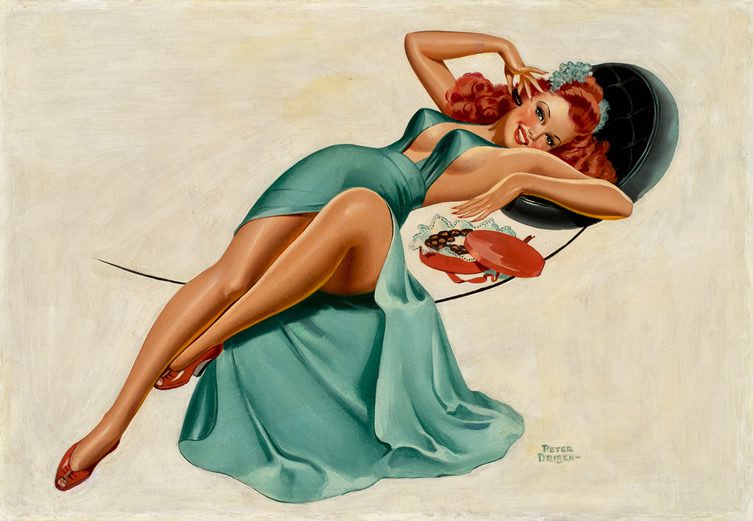 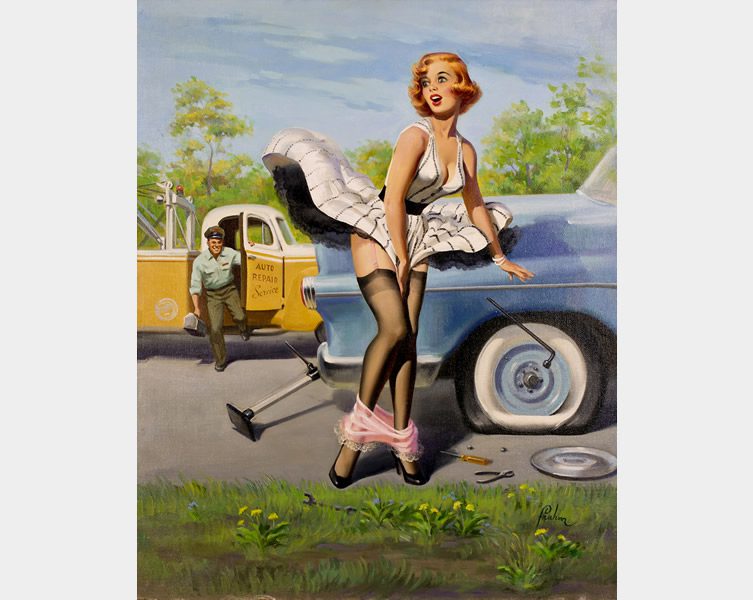 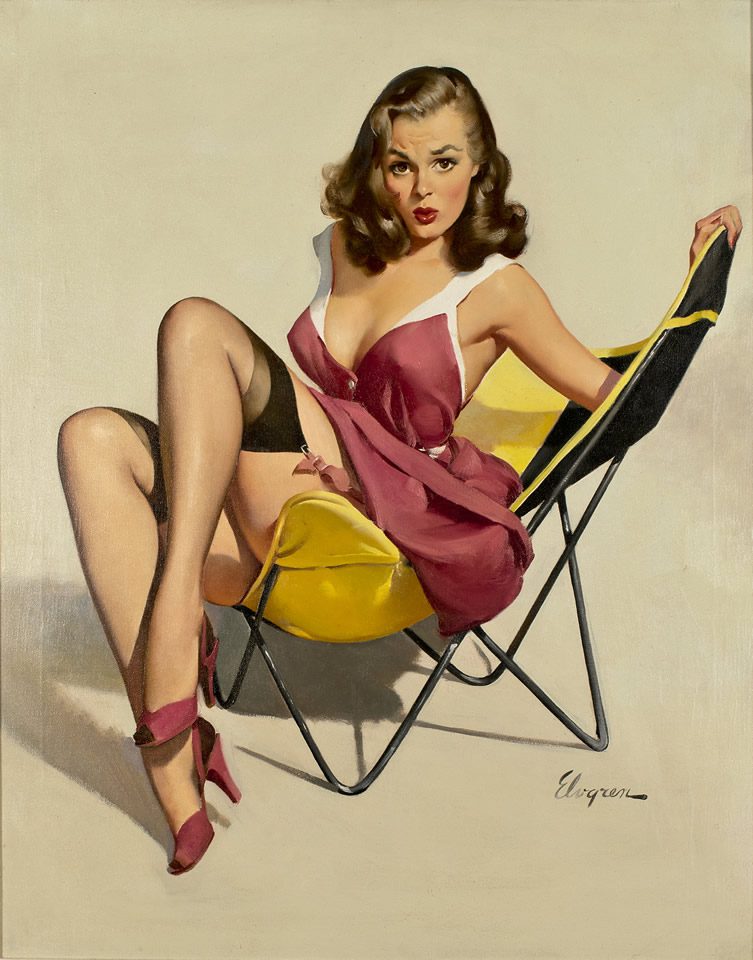 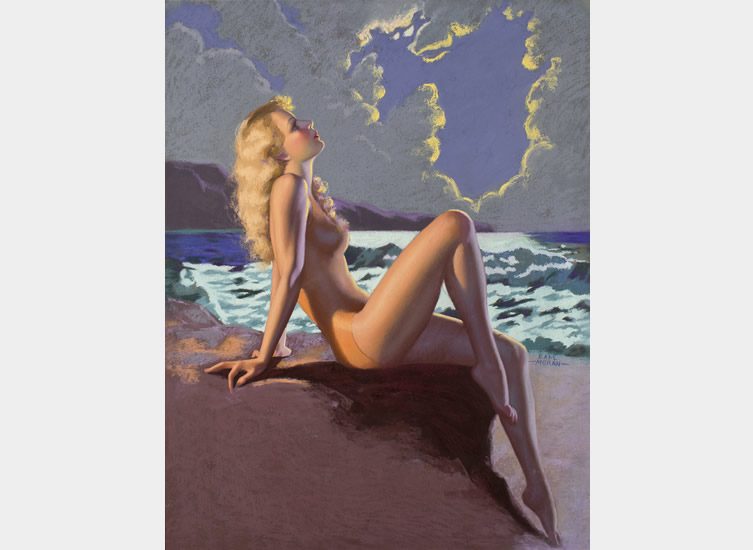 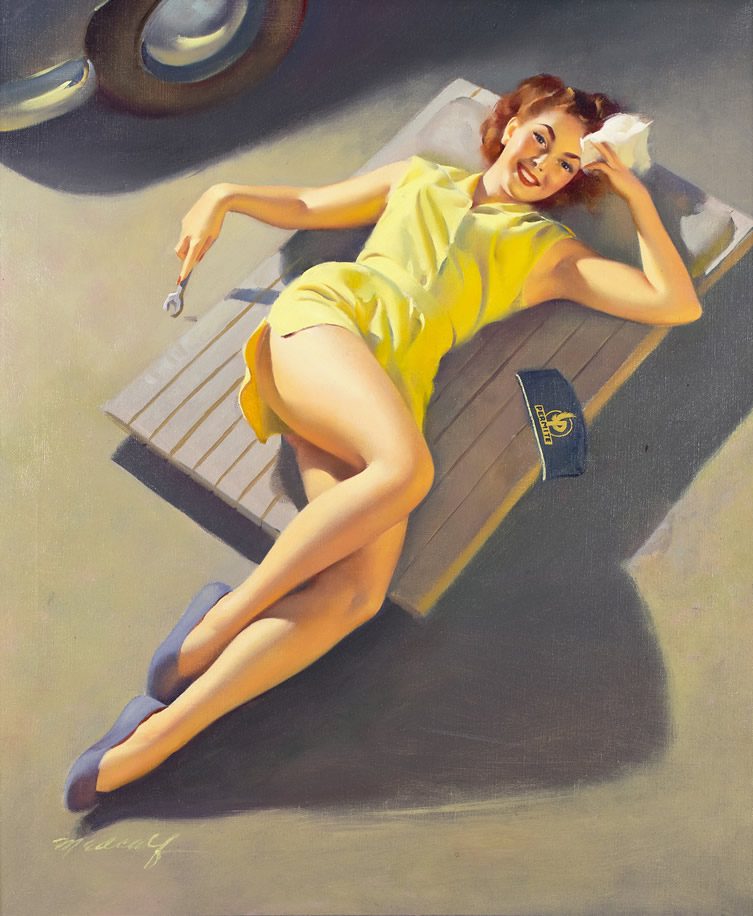 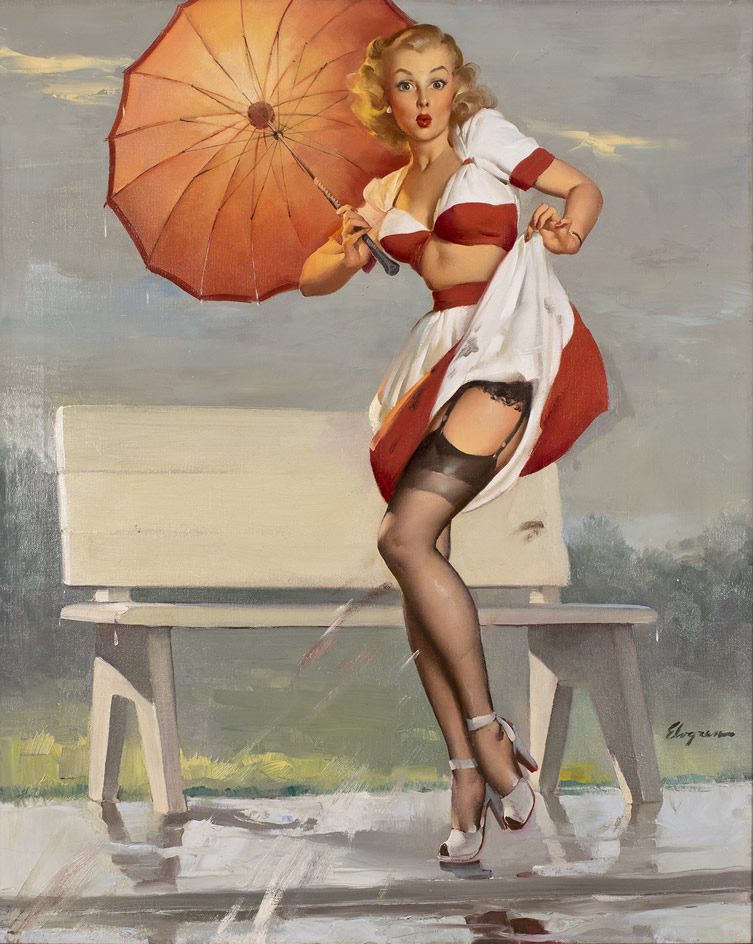 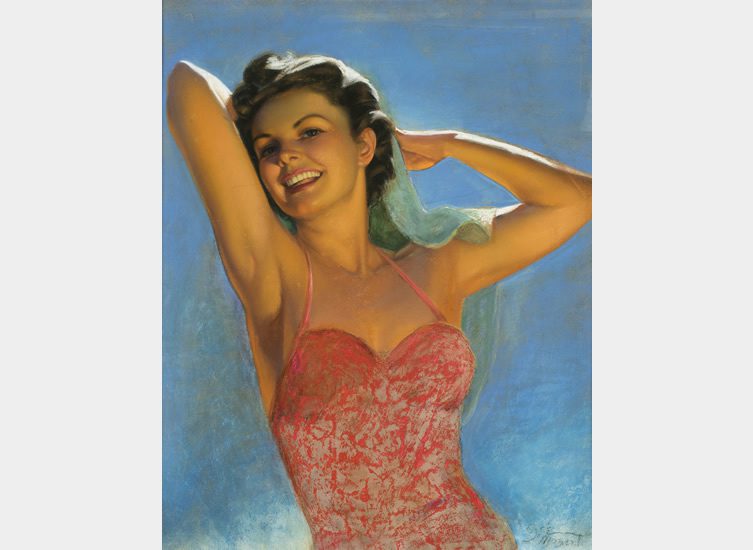