The city of Boulder, Colorado has got it all. The ultra-liberal former hippie hangout is surrounded by sweeping plains and nature reserves, with the Rocky Mountains on the doorstep, a thriving arts scene, an excellent college campus, snow and skate culture, legalised marijuana, and an outlawed Hallowe’en event in which participants run around the city’s streets dressed only in shoes and a hollowed-out pumpkin on their heads. Any or all of these reasons might have led Mike Giant to set up home in Boulder, but whatever it was, he’s been inspired by his two years there; Giant’s creative output during his ongoing Boulder stay is currently on show under the title Colorado at FFDG in San Francisco.

A graffiti artist, illustrator and tattooist, New York-born, New Mexico-raised Giant’s work is unified by his use of black ink, influenced by Mexican folk art and Japanese illustration. The artist gives us clues as to what makes him tick through personalised messages, random thoughts and diaristic flashes of his day-to-day life running around the sides of his drawings. While we marvel at his skills as an illustrator we often find out what he had for lunch while completing the piece, what music he was listening to, and even what he was wearing, giving the viewer a palpable connection to the work. The show will run from 13 February to 14 March. 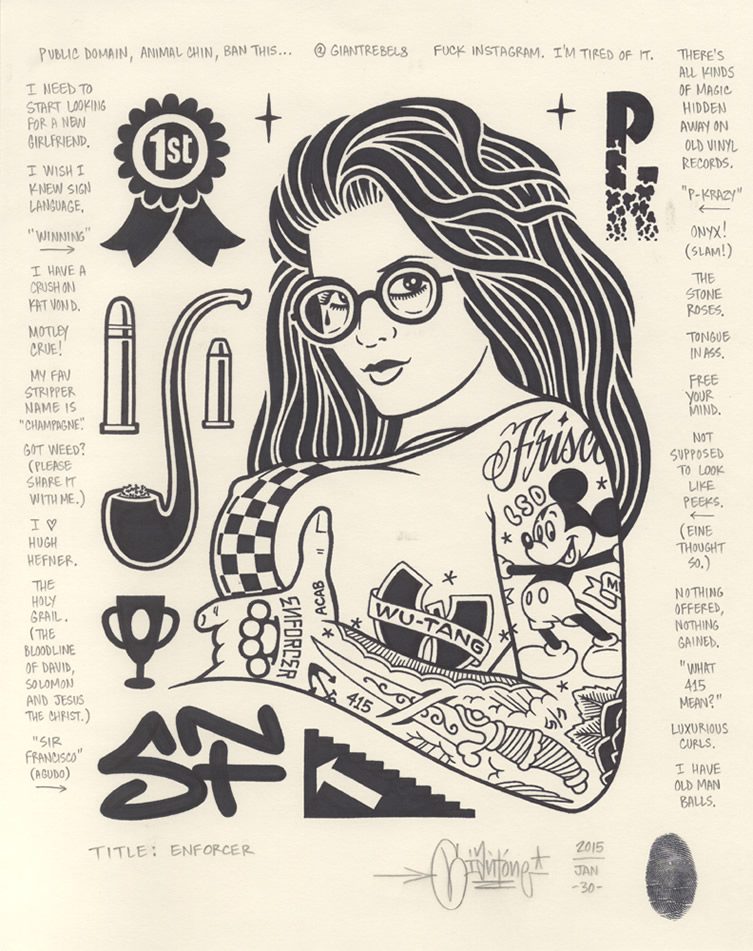 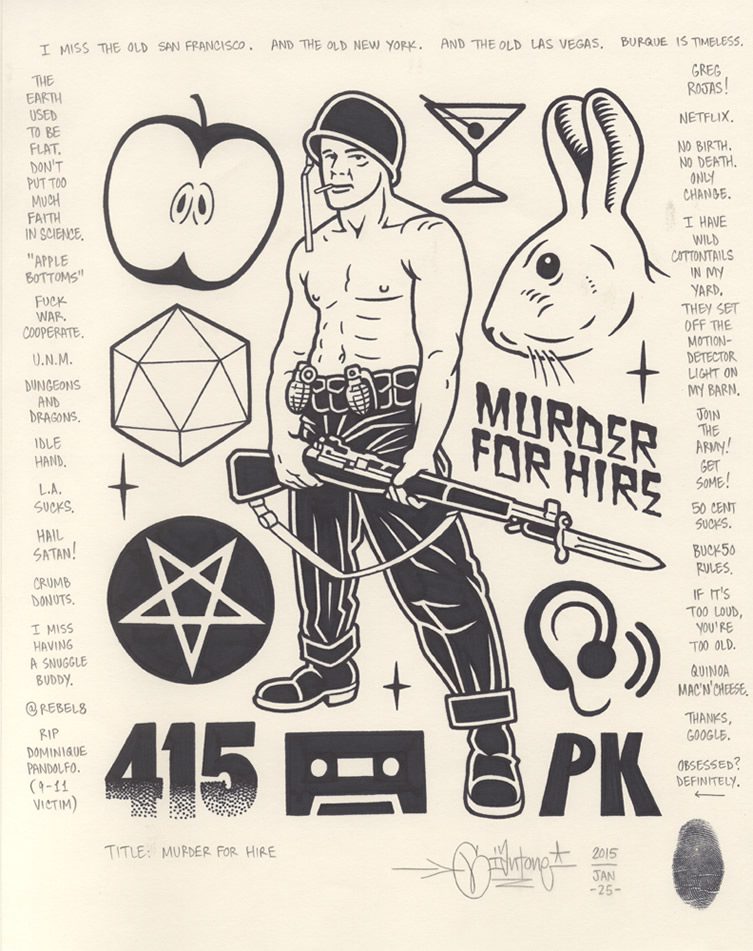 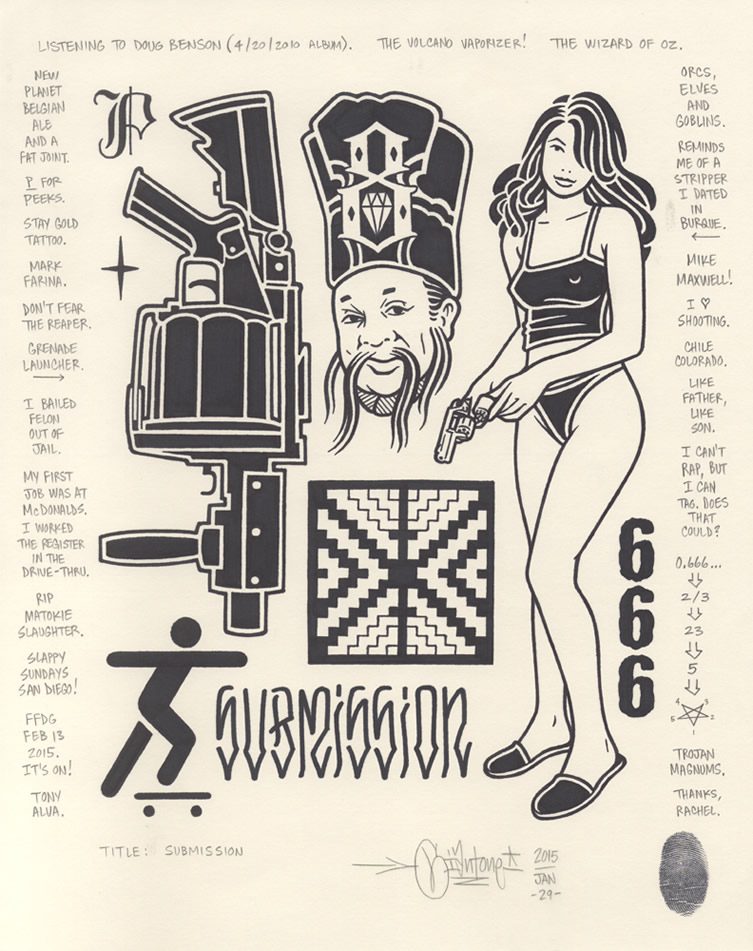 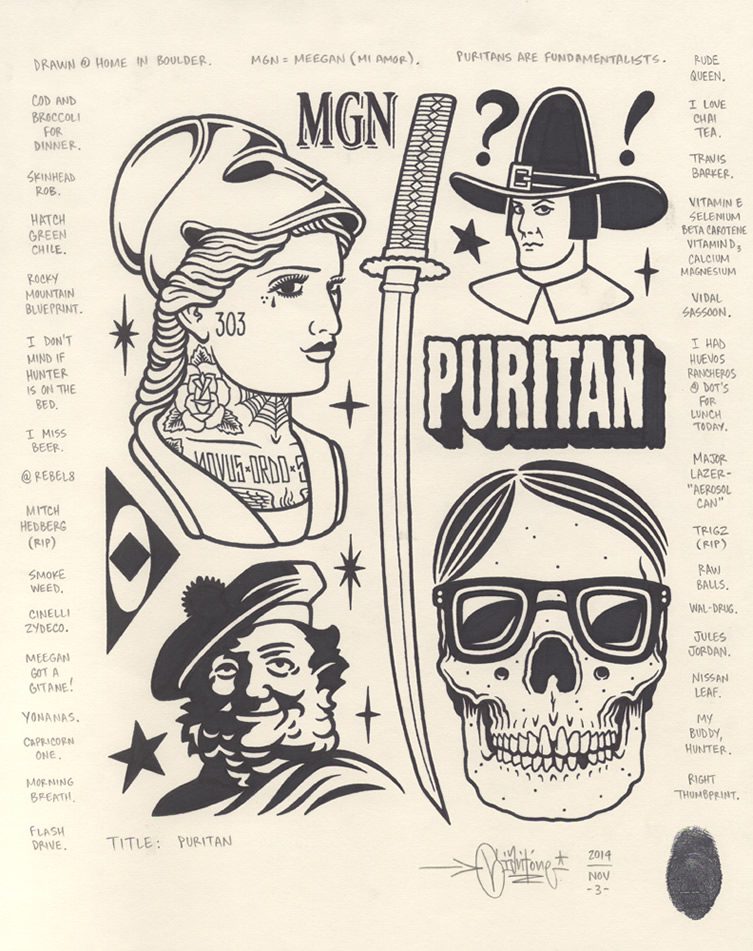 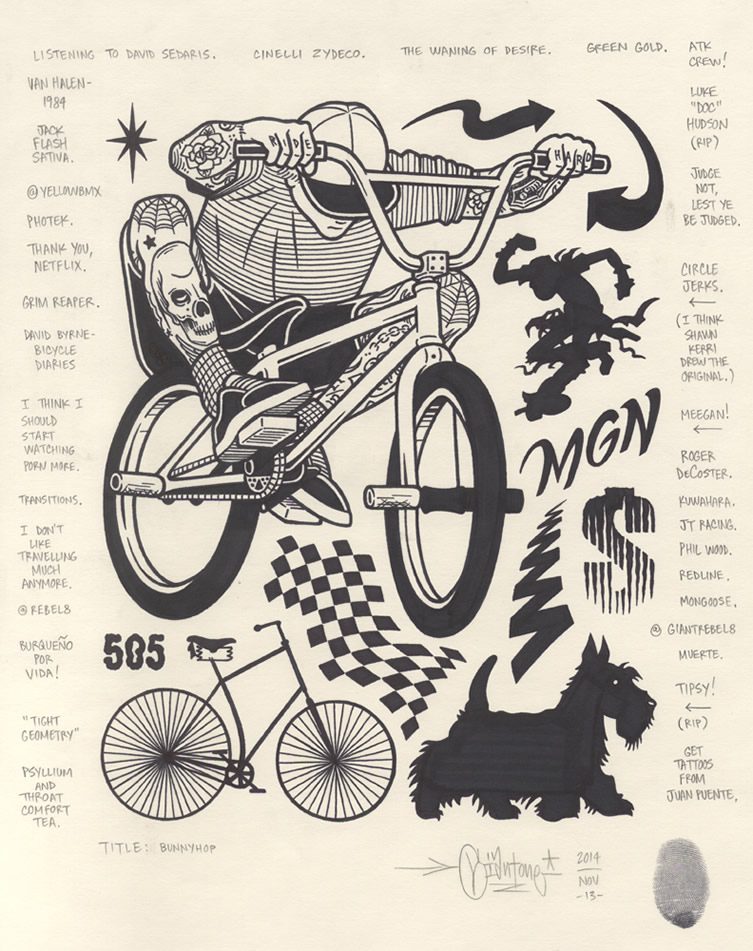 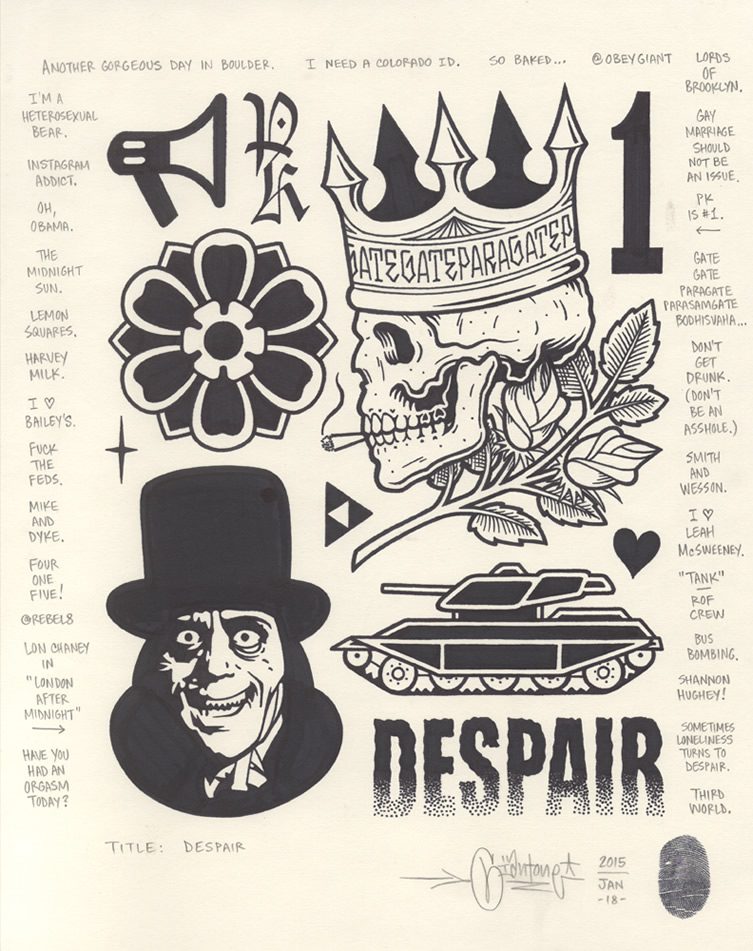 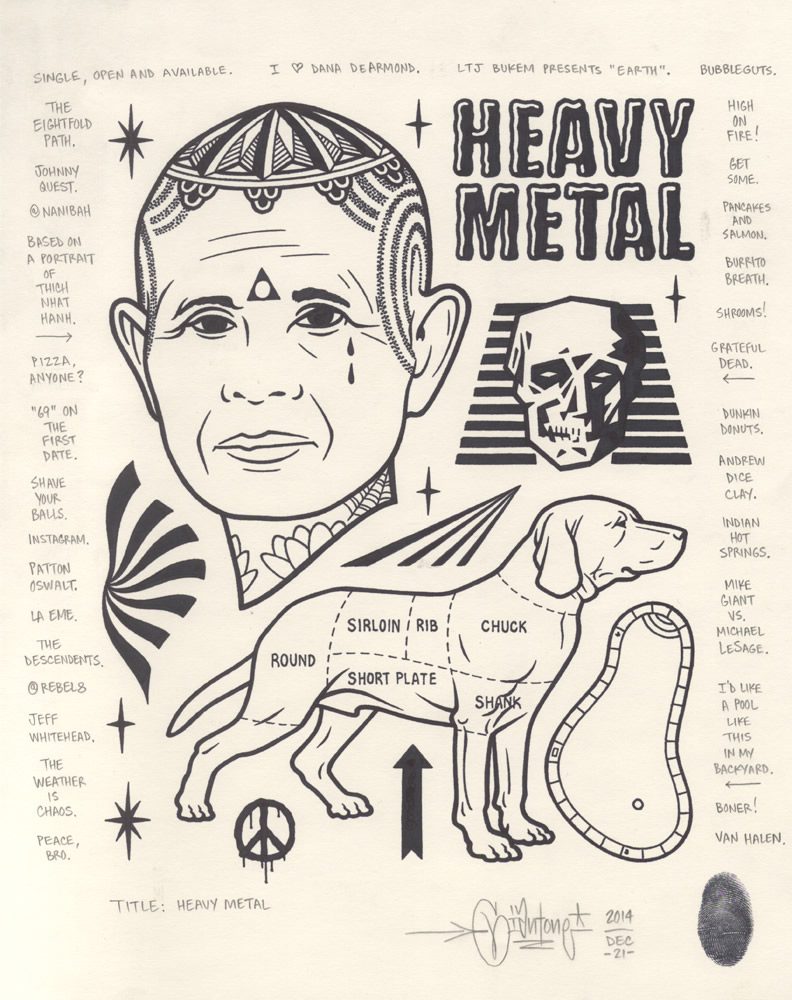 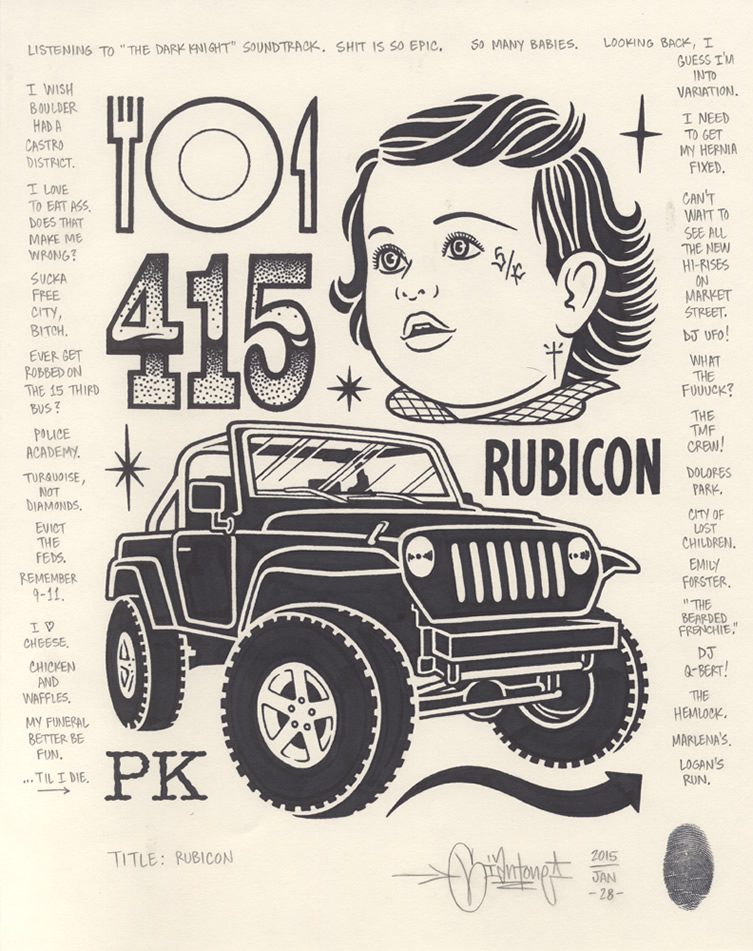 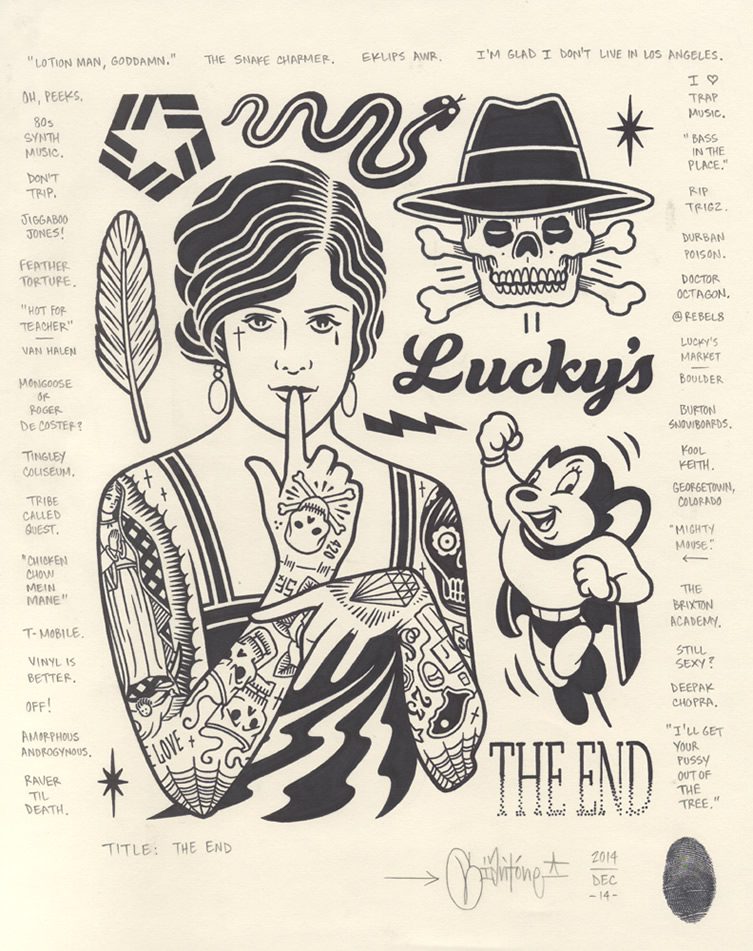 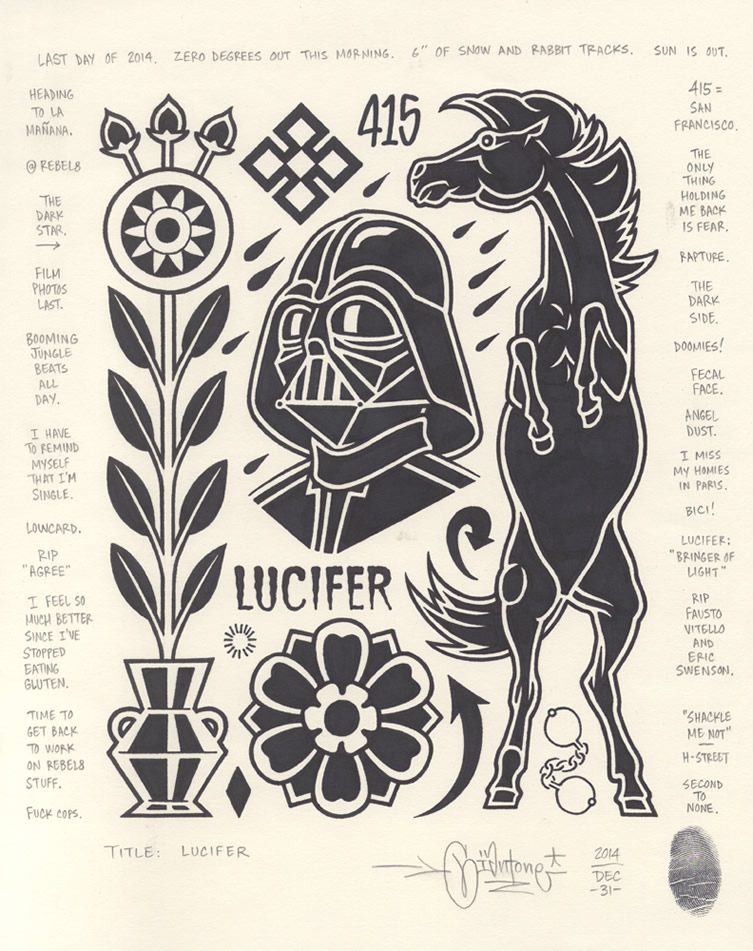 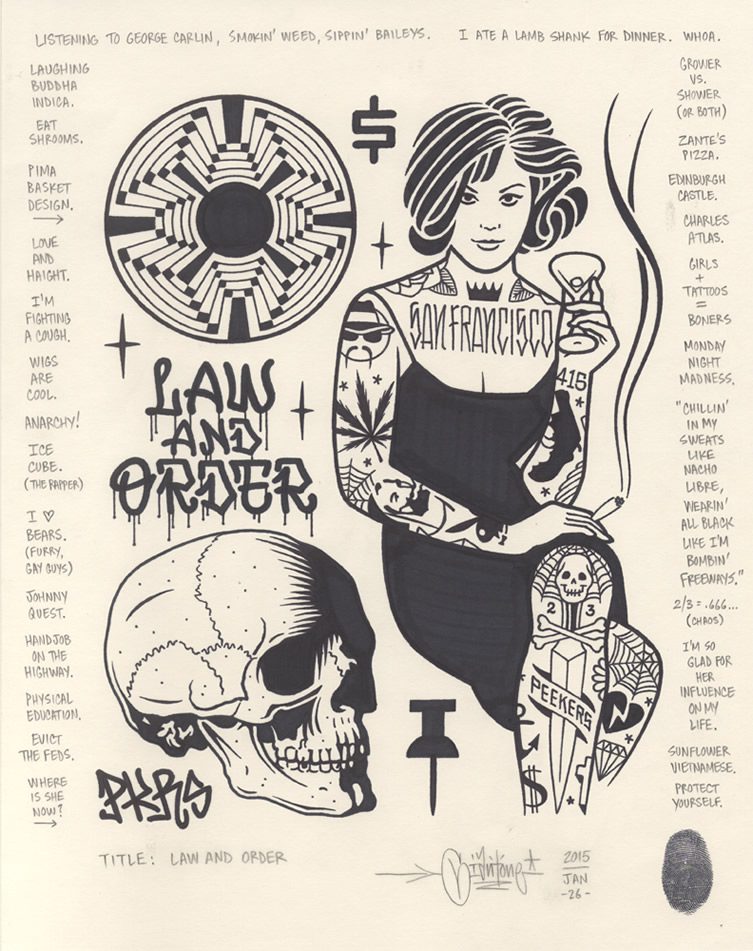 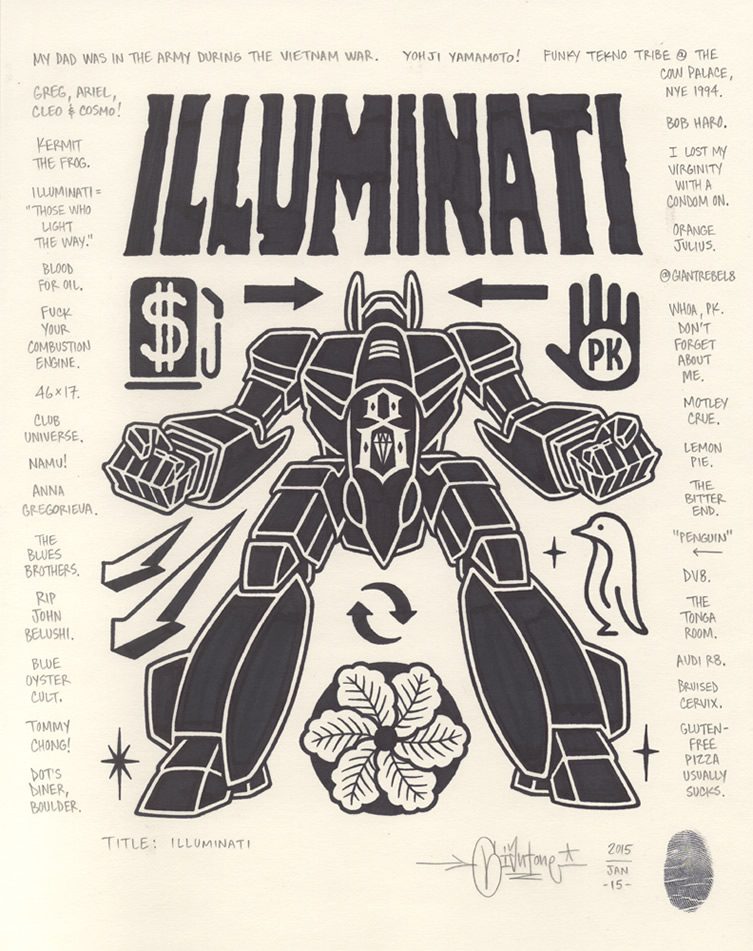