They say there are two sides to every story, and that’s certainly the case at Valencia sushi bar Nozomi. The designers from local studio Masquespacio immersed themselves in Japanese culture for the project, embracing the duality prevalent in Asian philosophy. The restaurant is named on one hand after the high speed bullet train, signifying “rational contemporary” thinking and represented with the branding’s Roman script, while it also means “fulfilled dream” – an “emotional classic” counterbalance written using the traditional Japanese hiragana symbols.

The two balancing forces are seen throughout Masquespacio’s interior, especially in the materials used. Rational contemporary elements form much of the structure — concrete and gunmetal grey seen in the walls, ceilings and floors — while the emotional classic aspect manifests itself in the hand-finished wood of the wonderful carpentry. A central timber cube recalling traditional Japanese buildings sits inside the outer concrete shell; it contains bathrooms and storage and its placement creates two decorative corridors leading towards the main dining area. Patrons at Nozomi Valencia are treated to a year-round version of one of Japan’s great seasonal sights as they sit under a canopy of cherry blossom. 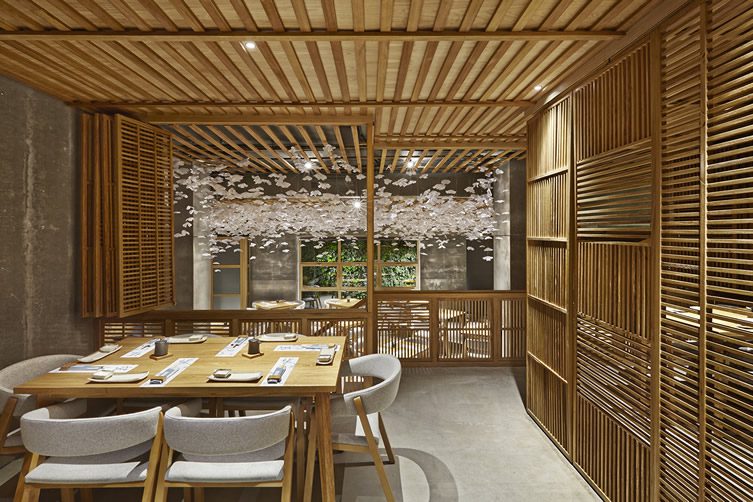 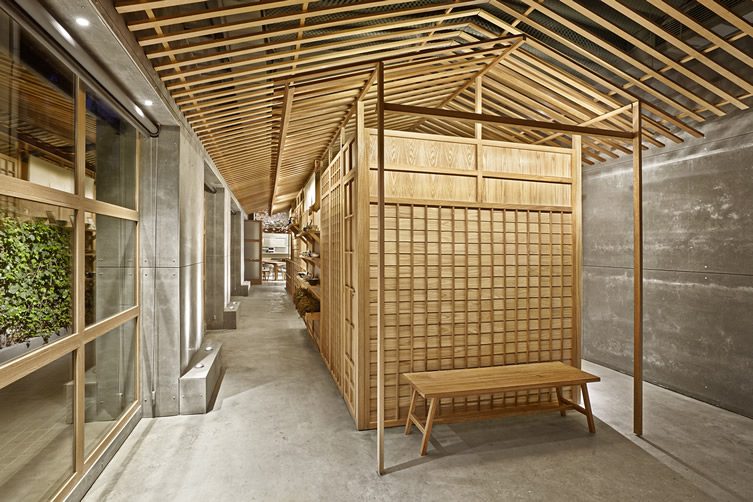 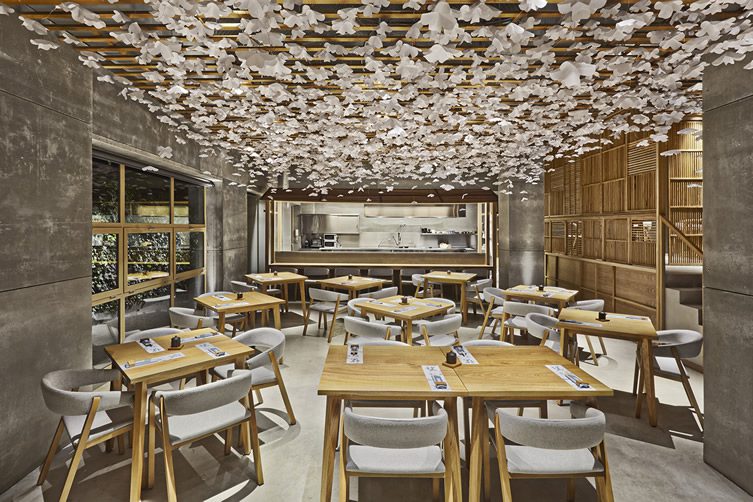 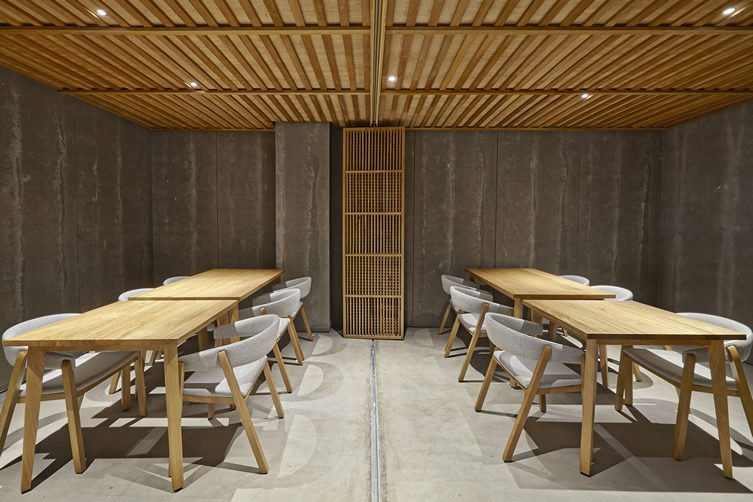 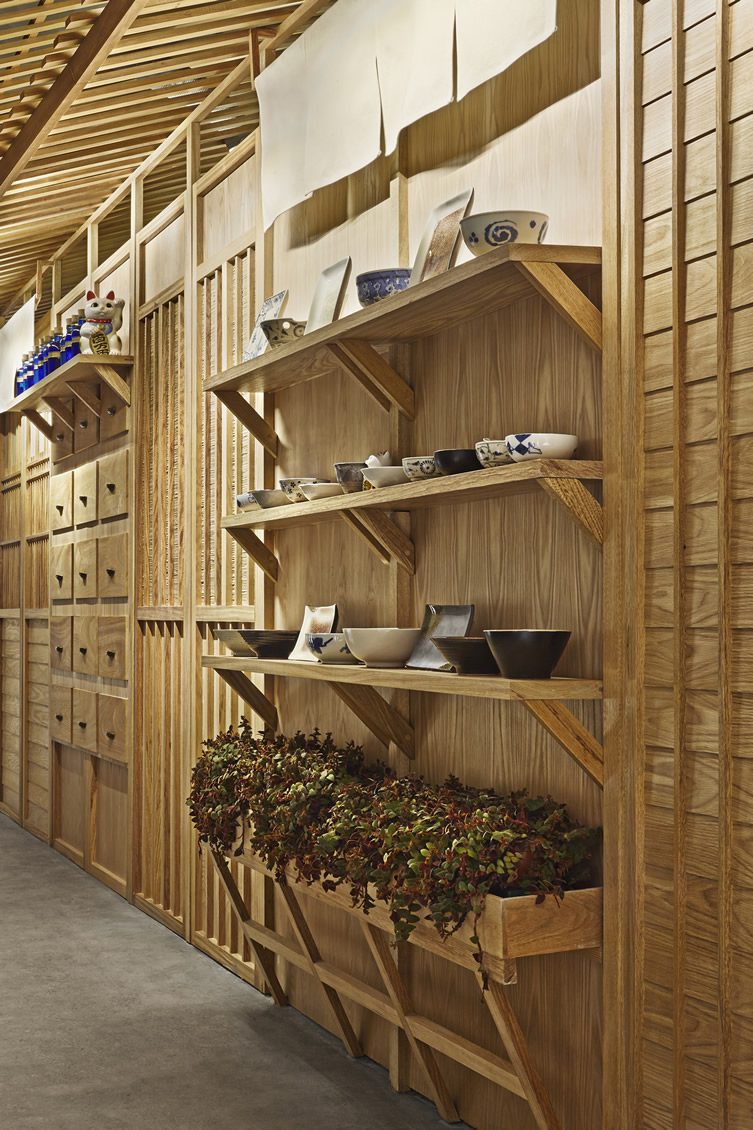 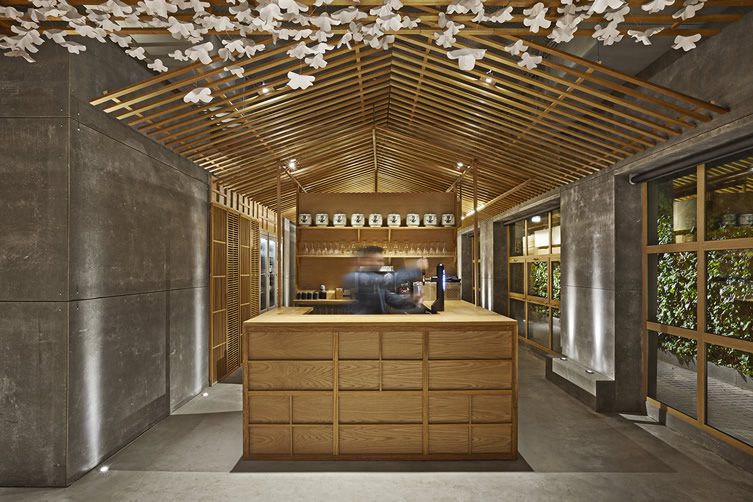 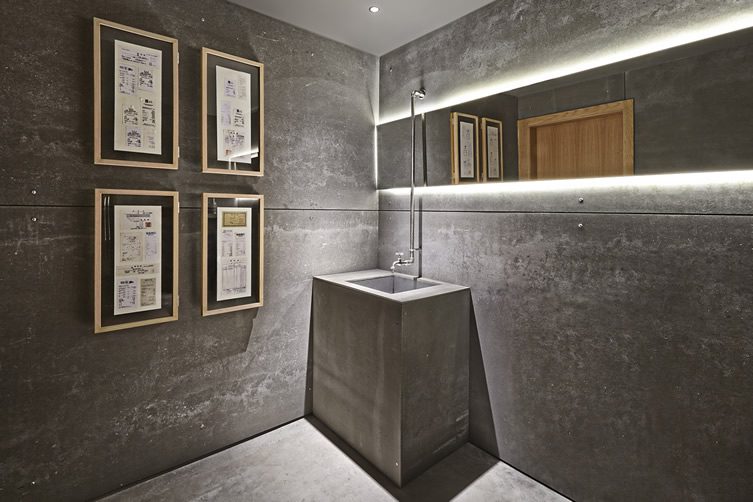 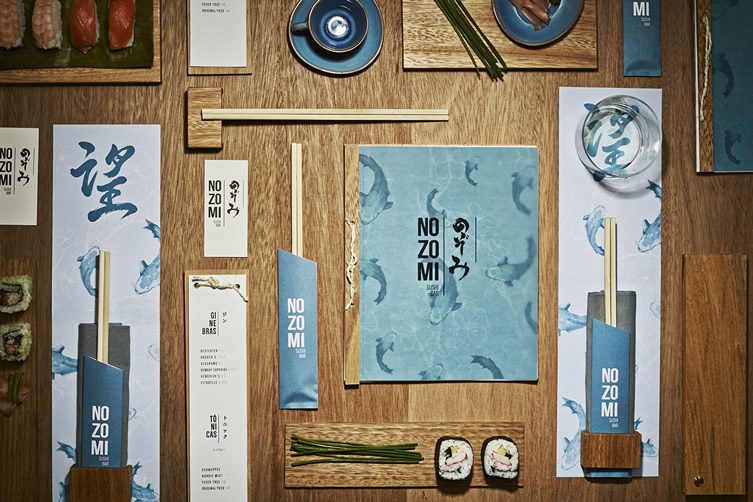 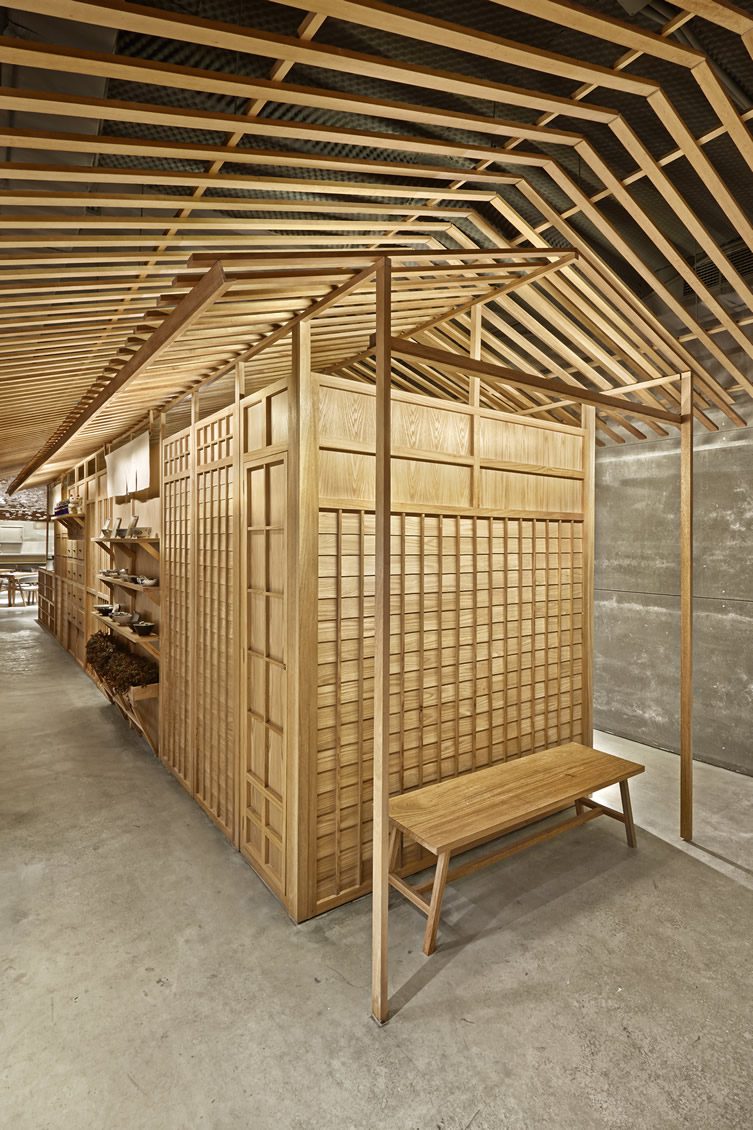 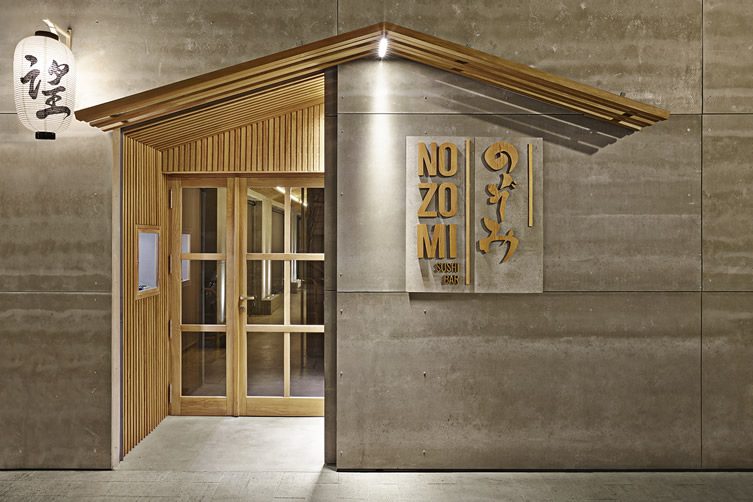 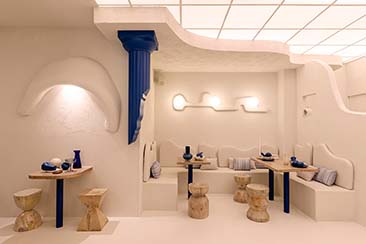 Taking their much-loved souvlaki from Madrid to Valencia, Egeo enlist the expertise of Masquespacio for a typically inspired interior...

Egeo, a souvlaki chain with two restaurants in Madrid, head to the coastal city of Valencia, opening their first outpost outside of the Spanish capital and enlisting the expertise of local award-winning creative consultancy Masquespacio to create an... 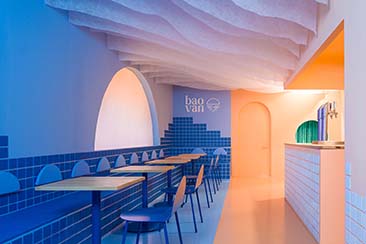 Bringing the concept of 'beers, beach and baos' to Valencia, innovative restaurant Baovan is a place of colour and creative chaos...

Working towards a brief of 'beers, beach and baos,' Valencian designers, Clap Studio, have created a place where diners are transported to a place of colour and creative chaos with simple food to boot; Baovan Valencia an inspired bolt of energy for... 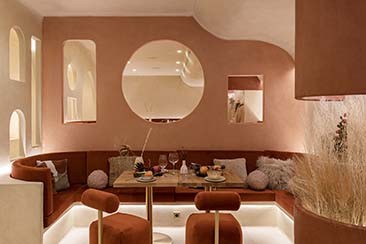 Design studio Masquespacio take Valencian diners on an atmospheric journey to the Orient and beyond at restauant, Living Bakkali...

An ode to adobe architecture and its popularity in desert climates, Valencia restaurant Living Bakkali is a wonder of curved lines, earthy tones and Middle Eastern influences. Centrally located on Carrer de Xile, the restaurant——whose name... 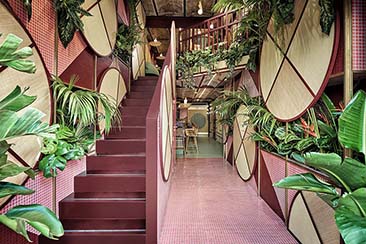 Bringing the best of Japanese and Brazilian culture to Valencia in a riot of style, Kaikaya is a Tropicália tiki bar for the 21st century...

Fusing elements of Japanese and Brazilian culture inspired by owner Mireia's love of surfing and all things Tropicália, Valencia's Kaikaya is the 'first tropical sushi restaurant in the city', and a place where—according to Mireia—history and...