“When churches fall completely out of use, what shall we turn them into?” mused Philip Larkin. The answer, in Truro at least, is a branch of burger and beer joint Hubbox. This 19th Century Wesleyan chapel is just around the corner from Hubbox’s original location on Lemon Quay where they started out with a 30ft shipping container for a premises. Quickly outgrowing their humble beginnings (the brand has an outlet in Exeter now too), Hubbox engaged Meor Design to tackle the sensitive job of combining the historical building’s ecclesiastical heritage with the kind of aesthetic that the business has been built on.

Influences range from the prototypical 1950s American diner to the 1980s New York graffiti and street art of Keith Haring and Jean-Michel Basquiat. The interior employs the palette of Russian abstract painter Kandinsky, imported Eastern European factory fittings and mid-20th Century cinema signage, while maintaining architectural elements such as the 19th Century buttresses and stained glass. A mezzanine elevates the dining experience into the rafters, while downstairs Meor even managed to find space for that shipping container. We started with Larkin and we’ll end with the contemporary poet Barlow. “Never forget where you’re coming from.” 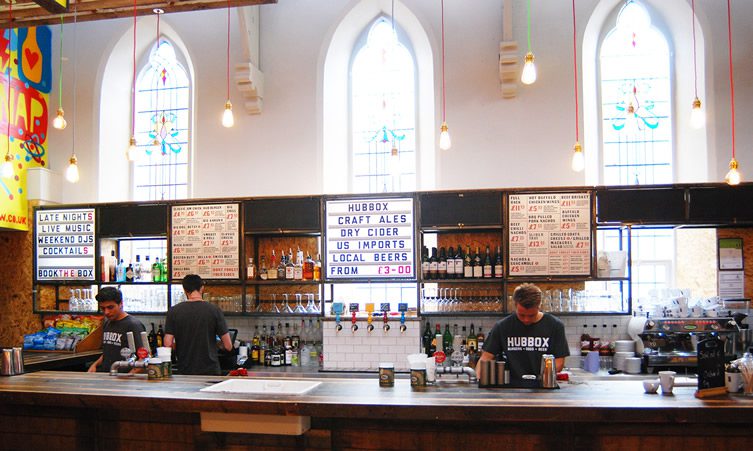 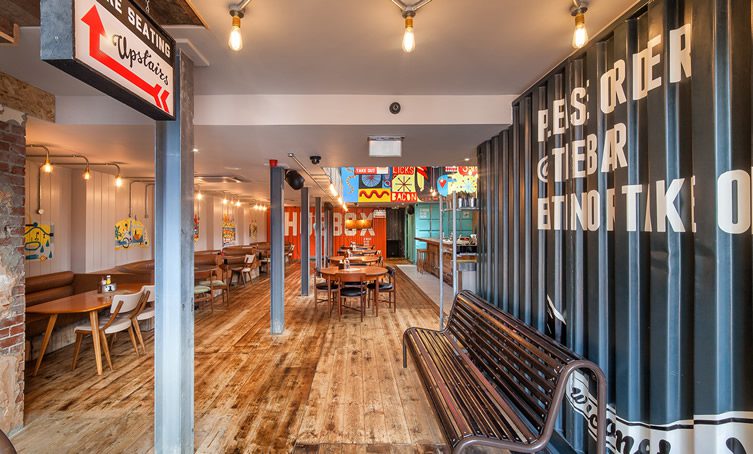 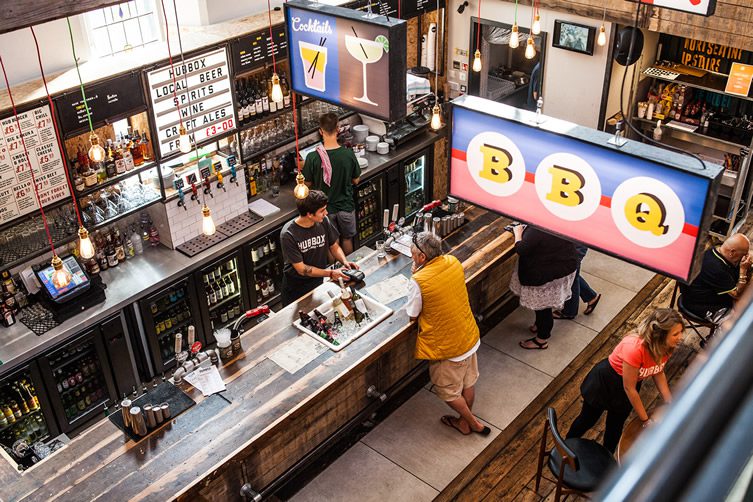 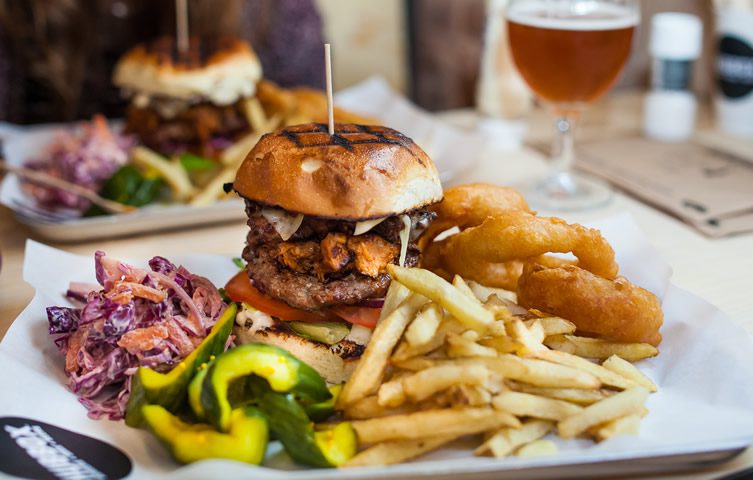 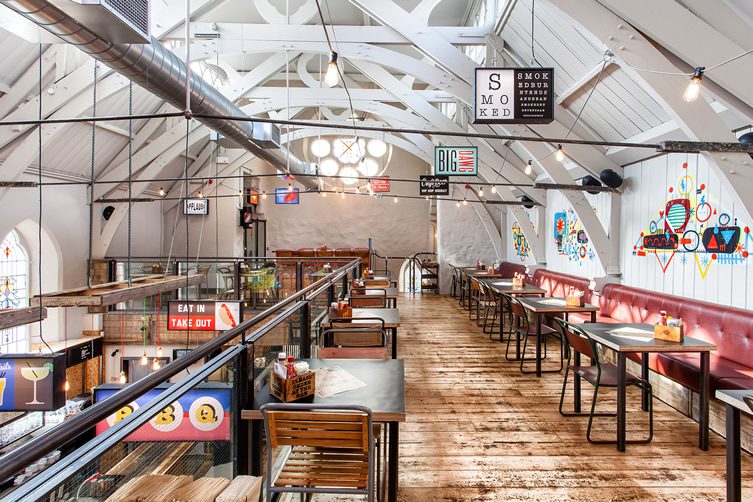 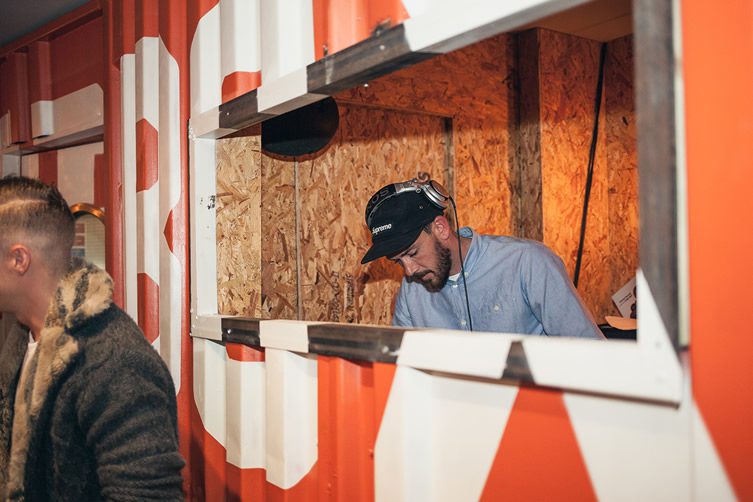 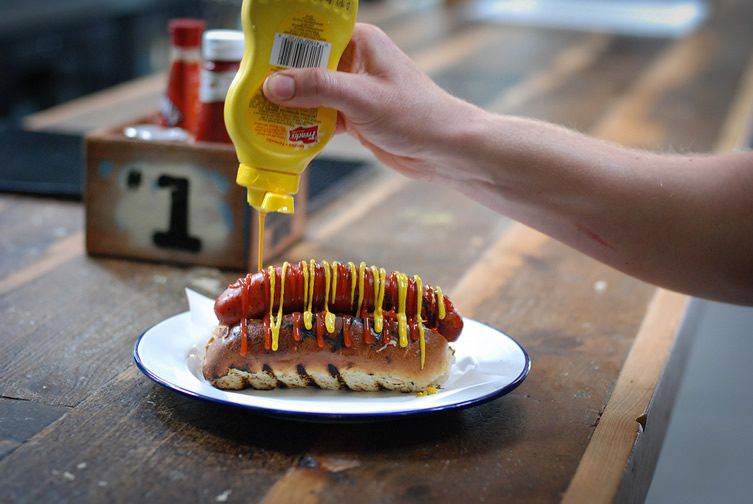 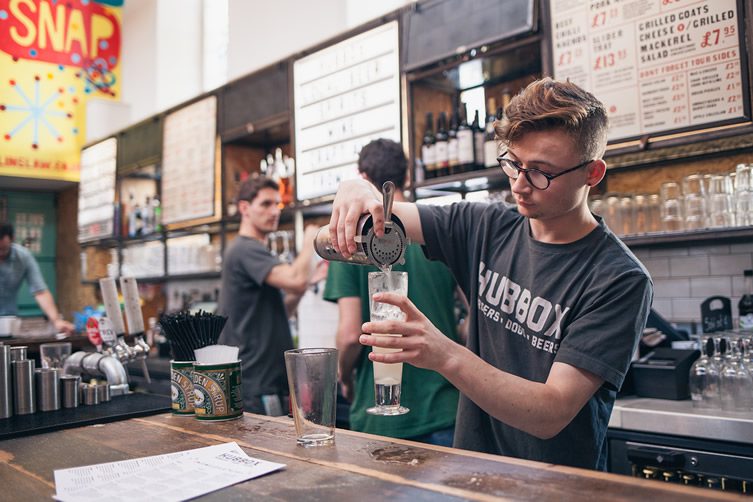 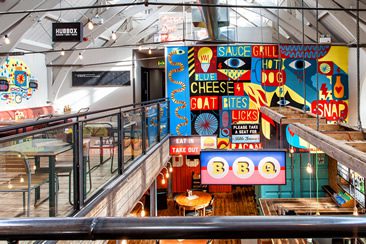 “When churches fall completely out of use, what shall we turn them into?” mused Philip Larkin. The answer, in Truro at least, is a branch of burger and beer joint Hubbox. This 19th Century Wesleyan chapel is just around the corner from Hubbox's... 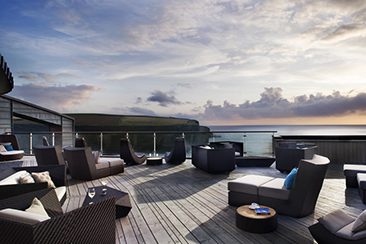 Perched high atop the rugged north Cornwall coastline, overlooking Mawgan Porth, this 'luxury-eco' retreat is an oasis of calm, a grown ups playground which wraps itself around a soaring cliff top. Isolated, except for a couple of large residential... 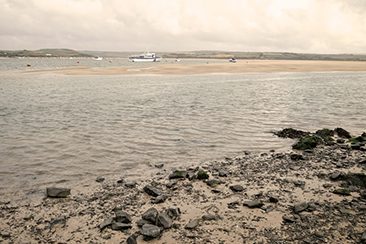 Can Rick Stein's The Seafood Restaurant deliver on our dreams?...

Expectations and anticipation; so oft the precursor to disappointment. New Years Eve, the quintessential let down - the shiniest, most colourful helium balloon at the fun fair, deflated and sad by the time you get it home. Hopes and aspirations of...