The “selfie” (or self-portrait photograph, usually taken with a mobile phone camera) is a modern phenomenon, made possible by ubiquitous technology and fuelled by social media. In fact the selfie is such a thing nowadays that some boffins have begun studying them as a science.

Selfiecity is a project studying selfie habits across five major world cities – Bangkok, Berlin, New York, Moscow and São Paulo – run by an international team of highly-qualified scientists, mathematicians and cultural experts. Harvesting 20-30,000 images for each city from Instagram, the team used a filtering process to whittle the sample size down to 640 shots which they then analysed for all sorts of information including approximate age, mood and even head tilt. Their research threw up some surprising results, not least of which is the fact that only 4% of the images they collected were selfies – hard to believe it’s such a low figure given their seeming proliferation on the internet. Cultural differences became apparent to the researchers, too. For instance, more than 80% of selfies taken in Moscow were by women (good on you, men of Moscow) whereas it was much closer to half in Bangkok. All the findings are easily accessible on the Selfiecity website, and there is also a cool “selfiexploratory” in which you can use the data to conduct your own little experiments. 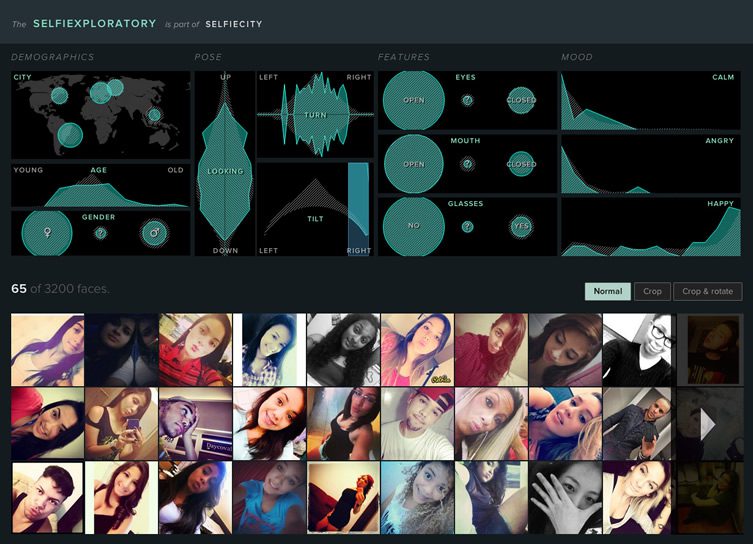 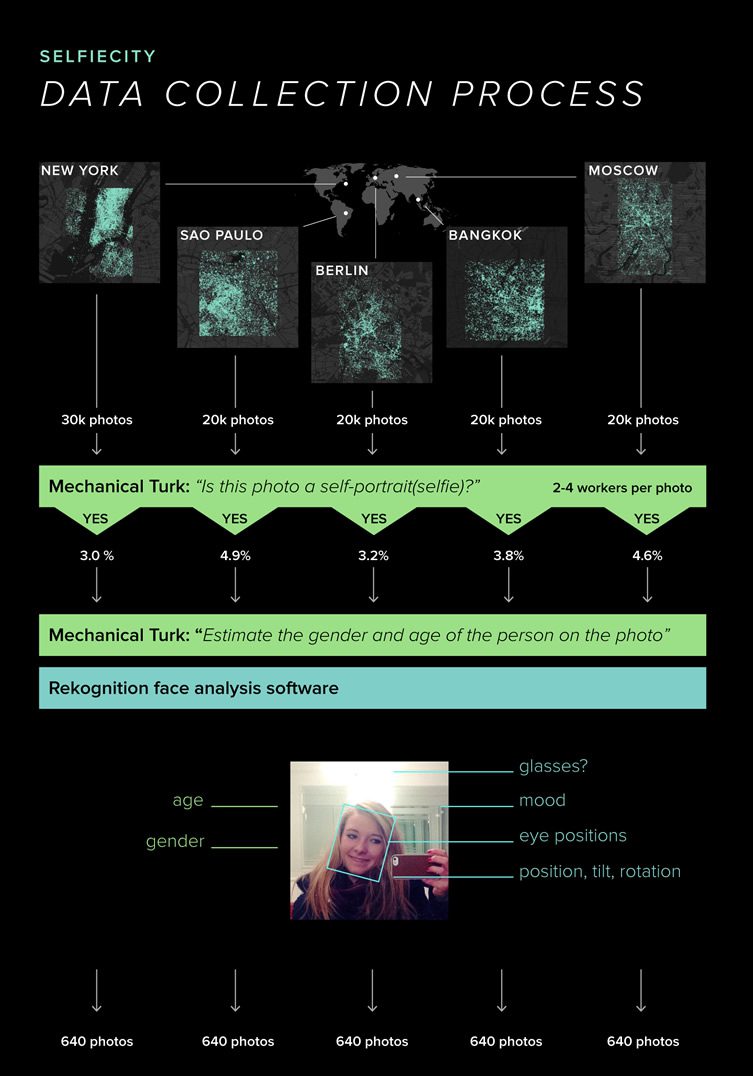 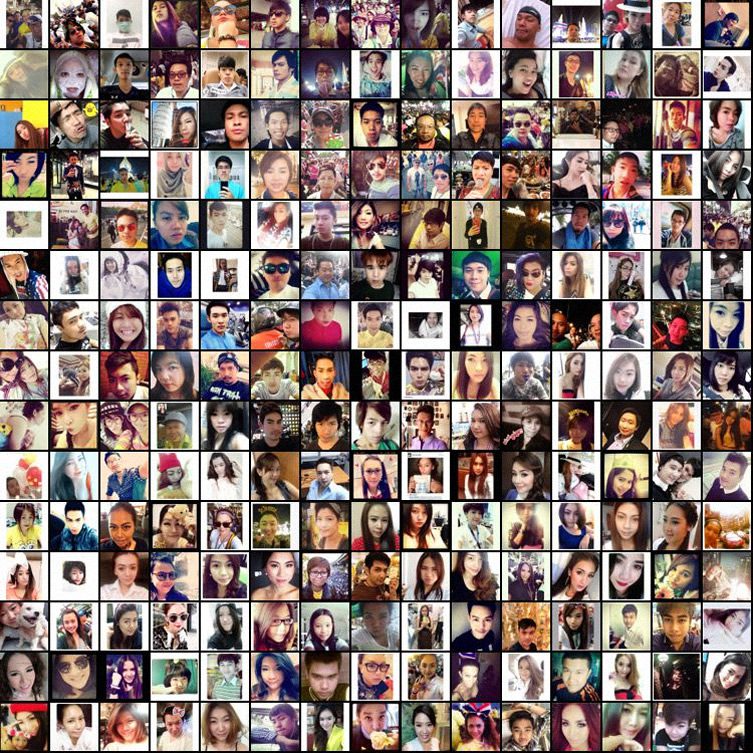