We’re heading back to the 1980s now folks, not by hitting 88mph in a time travelling DeLorean, but by the much easier method of stepping inside Davis Yu’s Mexican restaurant Touché Hombre Eléctrica in Melbourne. The second Hombre to stride into town following the successful launch of Touché Hombre in the CBD, Eléctrica is a more plugged in, amped up version serving Baja street food, aka “Fresh-Mex”.

It gets a bad press, does the ’80s, but it had its moments of greatness along with the massive naffness, and most of them (good and bad) are remembered or reprised here inside the South Yarra cantina – the big-haired black and white mural behind the shocking red neon tequila sign for example. Doc Brown must be in there somewhere. Those montages continue around the interior alongside graffiti graphics and urban industrial furniture. Rumour has it there’s a free play Street Fighter II games machine in there somewhere too… what more reason do you need? 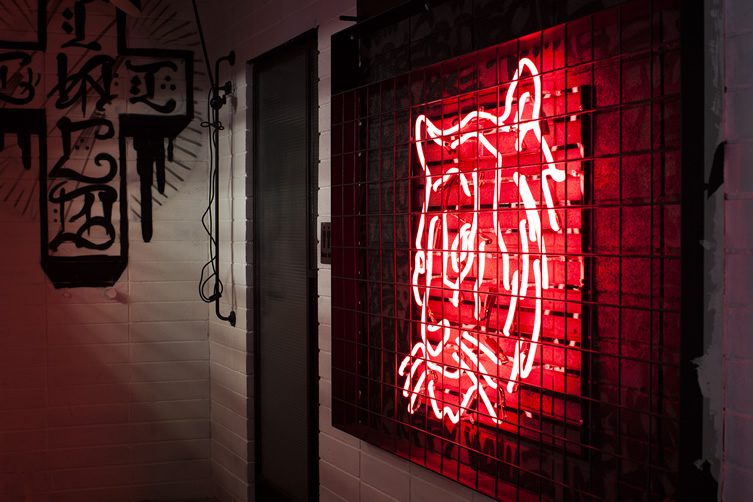 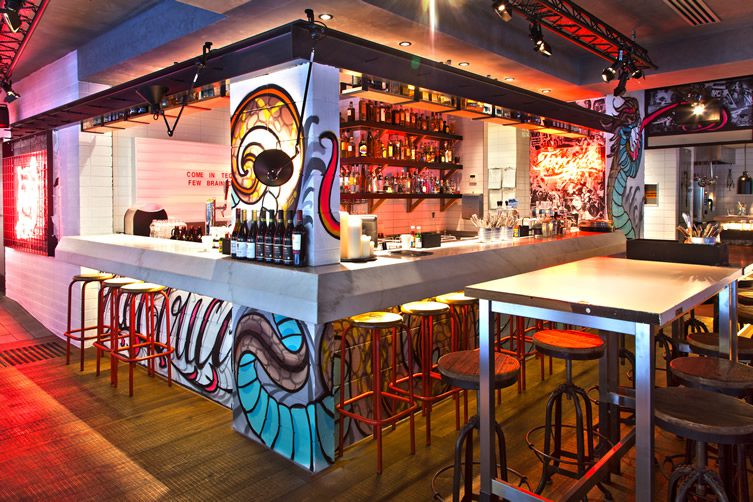 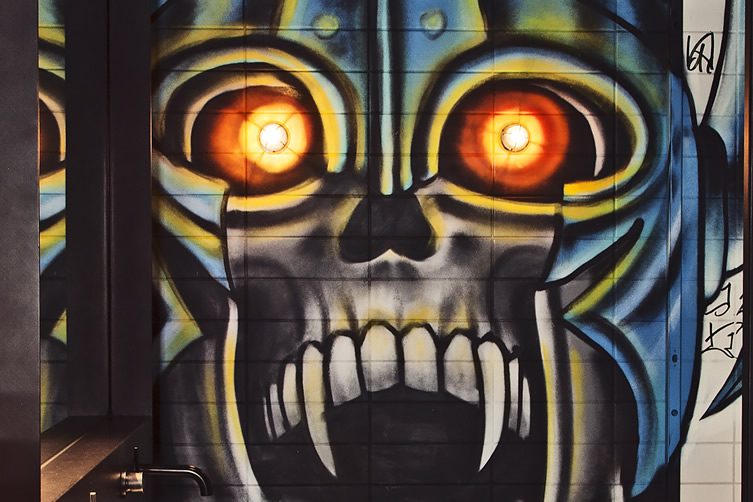 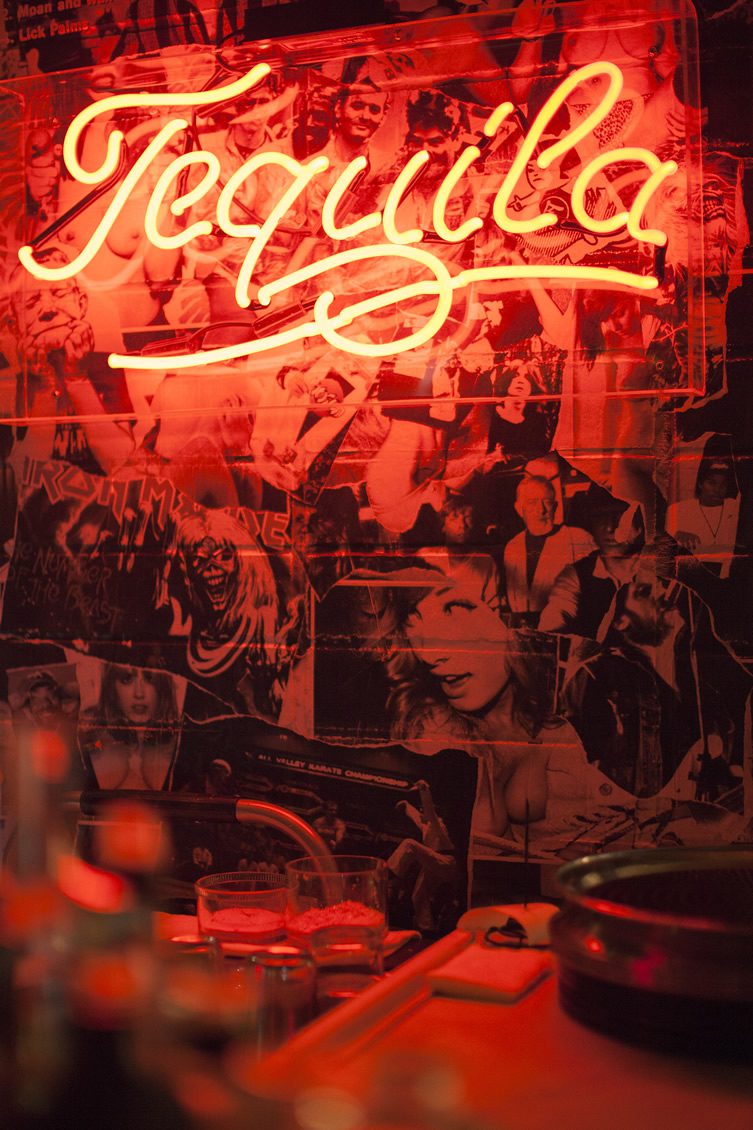 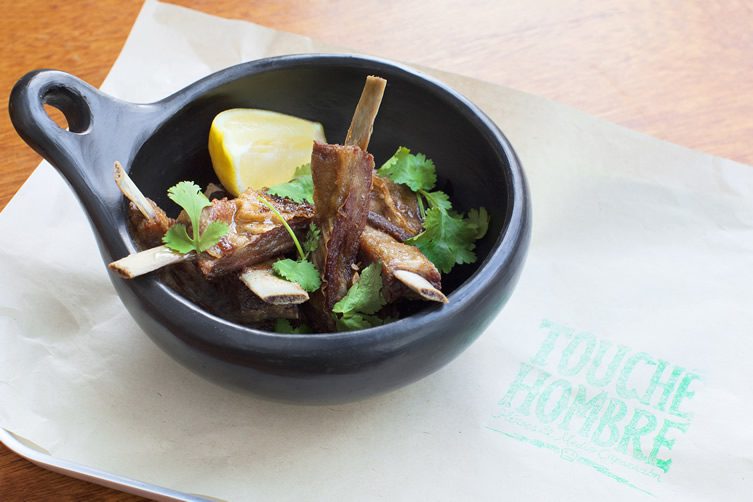 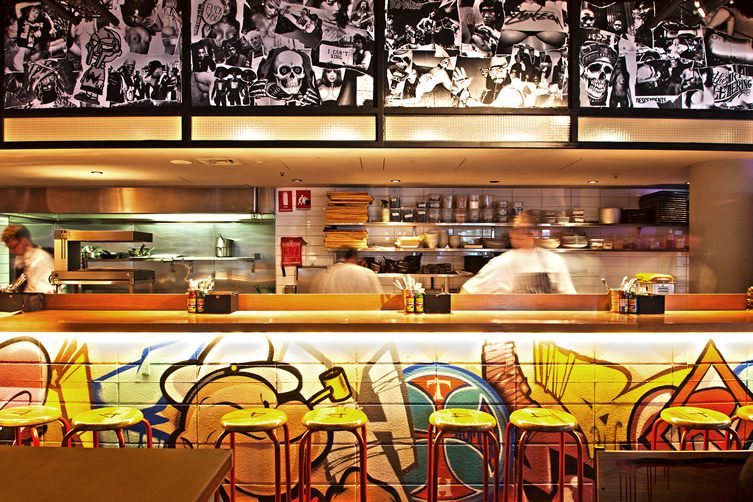 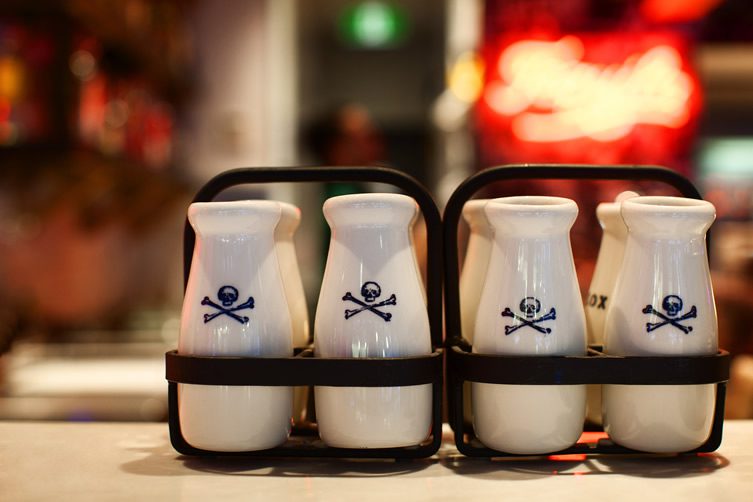 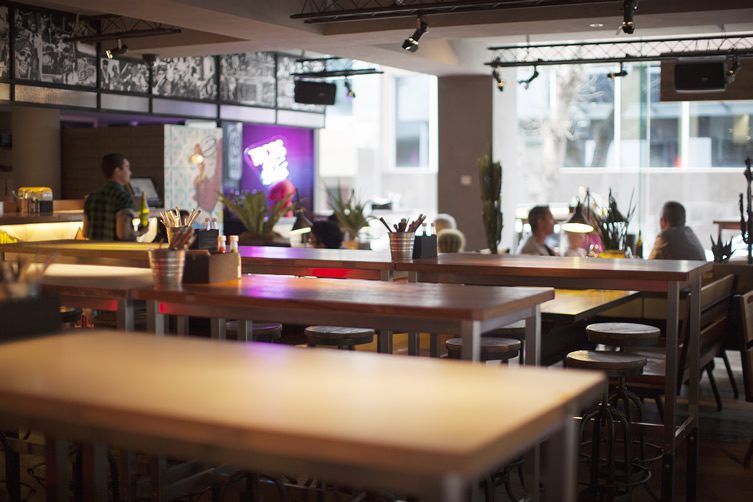 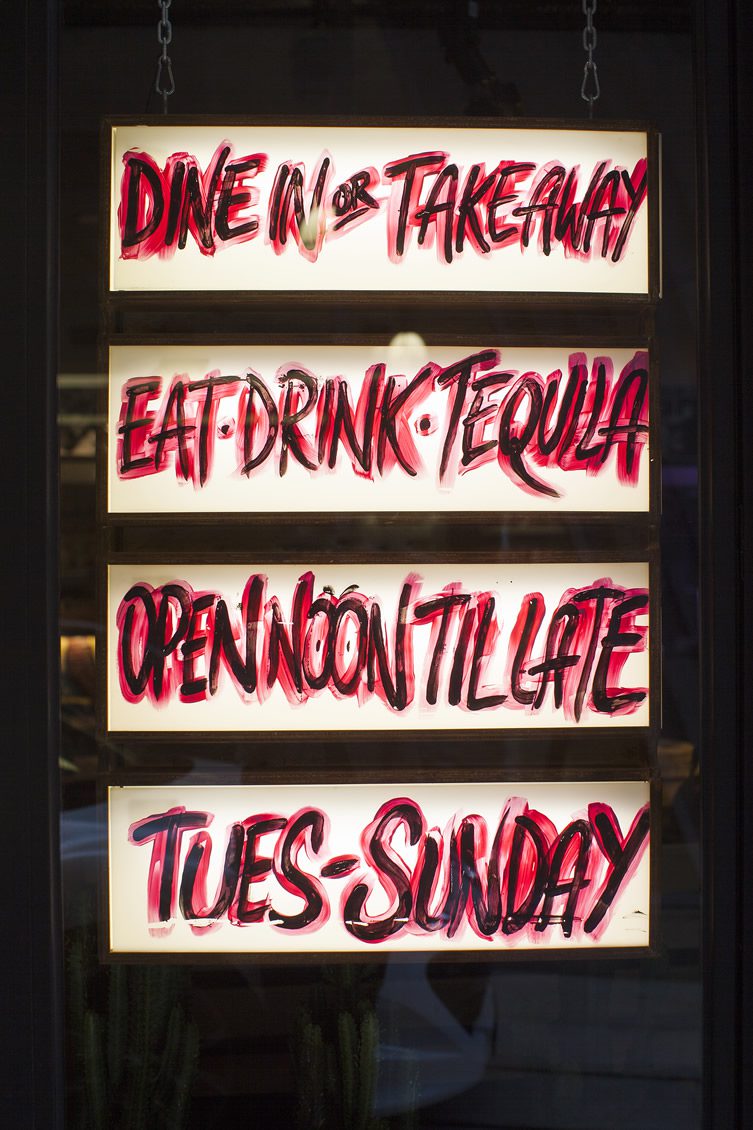 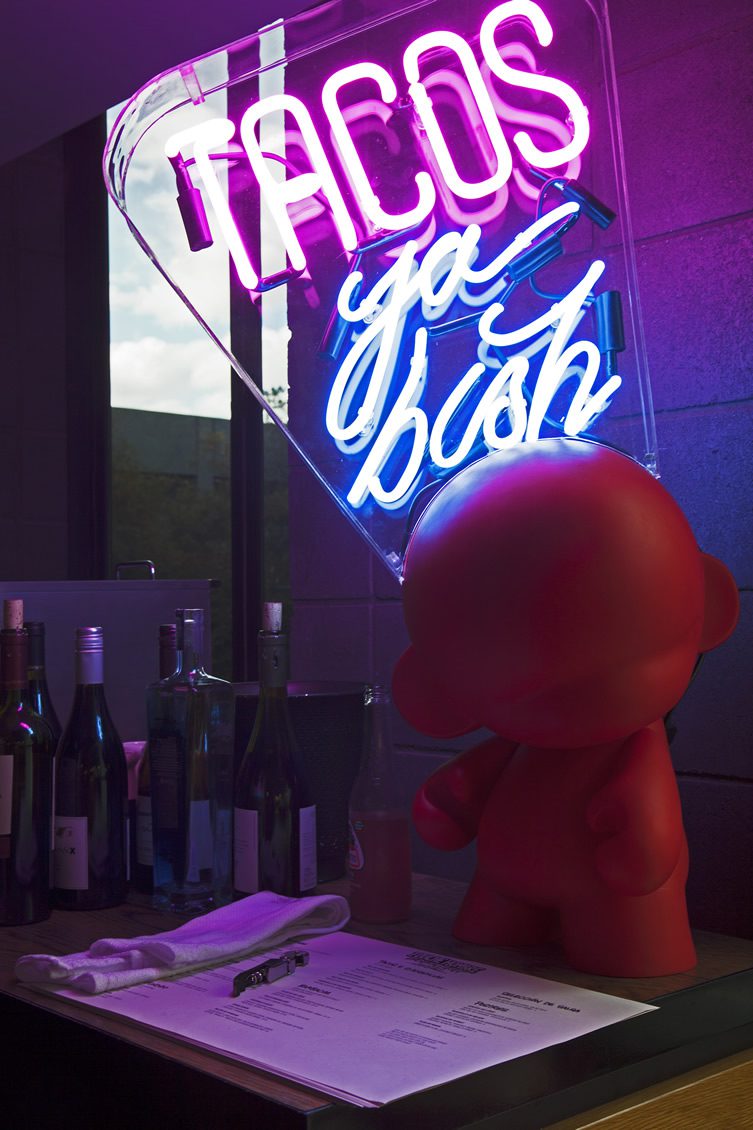