There are few nationalities in the world who can make deliciously satisfying food coupled with a relaxed and enjoyable dining atmosphere like the Italians, so kudos to the owners of Lavanderia Vecchia in Berlin for ensuring over half their small staff are from The Boot. If you are served by a lady in a traditional black housedress, however, that’s probably one half of the German couple who run this theatrical place in Neukölln, but as with the rest of the place, it’s a committed performance with an eye on the details.

With hard-to-find exclusivity from being hidden down a back alley somewhat out of town, Lavanderia Vecchia, meaning Old Laundry, plays on its theme pianoforte, with starched dishcloths hanging from the ceiling, washing machines and ironing boards dotted around and metal pipes and tubs atmospheric remnants of the restaurant’s former use. In the evening, an adventurous lighting scheme of UV purple and neon green proves an unlikely winner, and there’s a neat little anteroom for smoking with a solid fuel fire and vinyl decks – not doing much to discourage the habit but a godsend for the afflicted. The kitchen is open, right in amongst the diners in fact, which only adds to the conviviality in the compact but sought-after little restaurant. 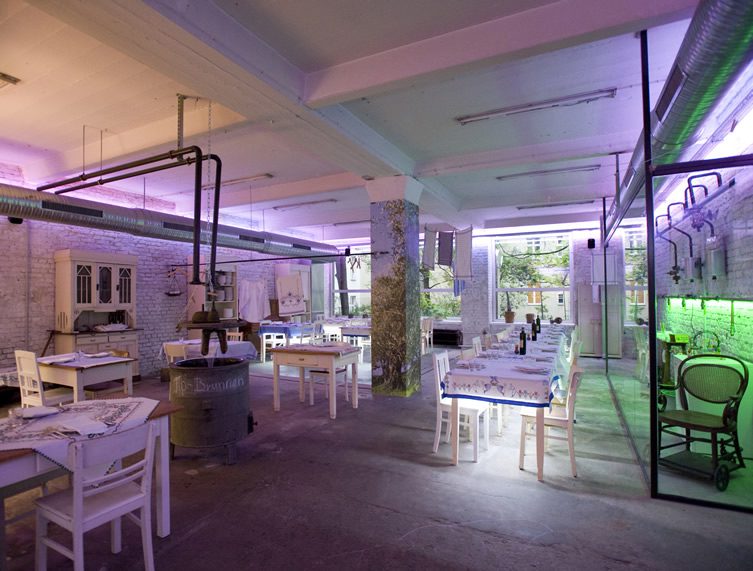 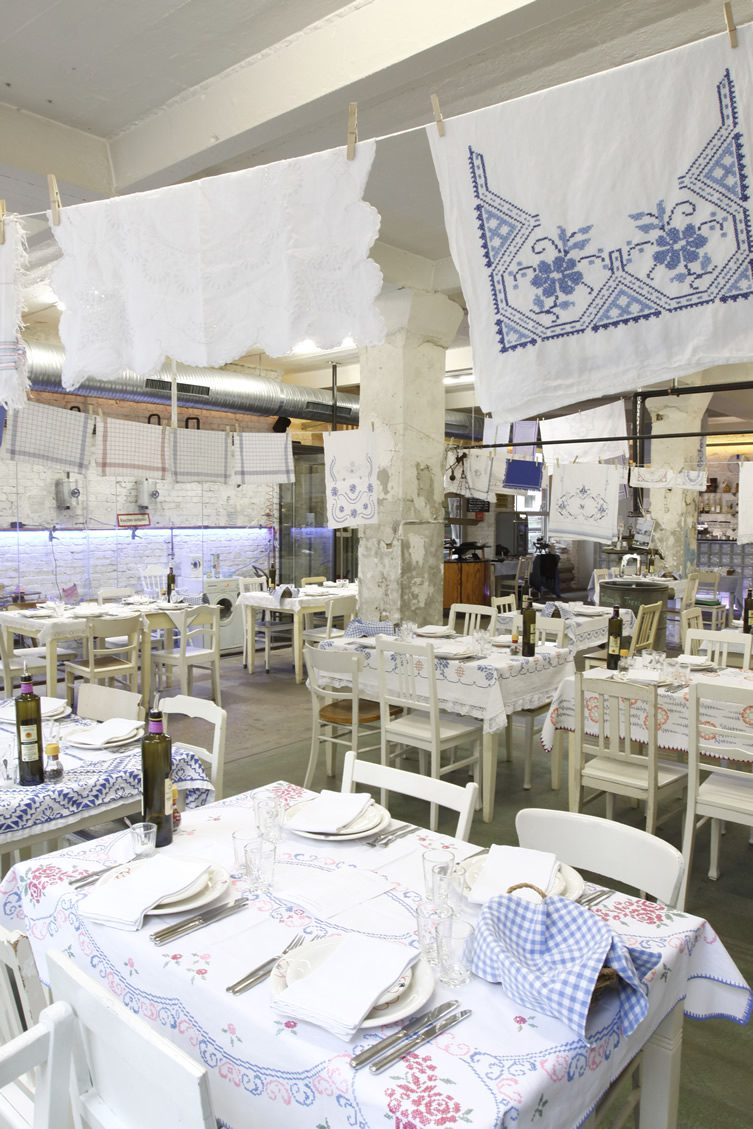 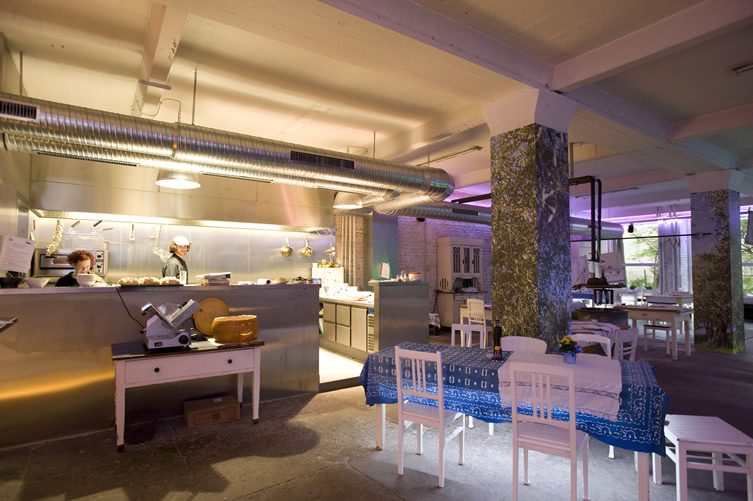 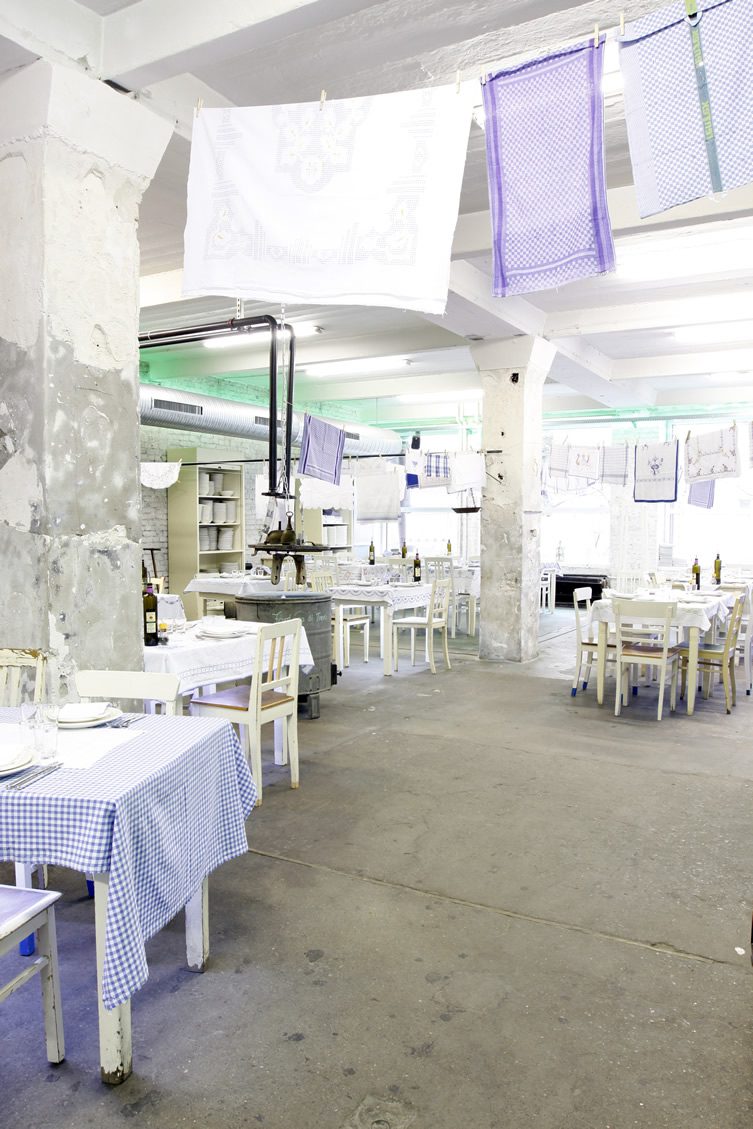