Coming from the world of design, Niels ‘Shoe’ Meulmam made a move into painting, but the leap wasn’t a vast one from his point of view. The Dutch artist uses all the skills he learned both on the streets as a graffiti tagger and later in the graphic design studio, creating a union of the two dubbed “calligraffiti”. The name of his latest collection, Unism, is pronounced un-ism; this is not about unity, he says, but reversal.

A big inspiration for his style was the medieval texts that use the Gothic script of calligraphy as illustrations, and he expanded on the monks’ philosophy of turning darkness into light, using metallic paints in many of his works. Shoe uses his repetitive brush strokes as a frame, with the chaos of paint bombs in counterpoint. White Walls in San Francisco is playing host to Shoe’s work until 10th August, and as well as the main collection there’s a further Meulman series, Unpire! – inspired by baseball – in the gallery’s project space. 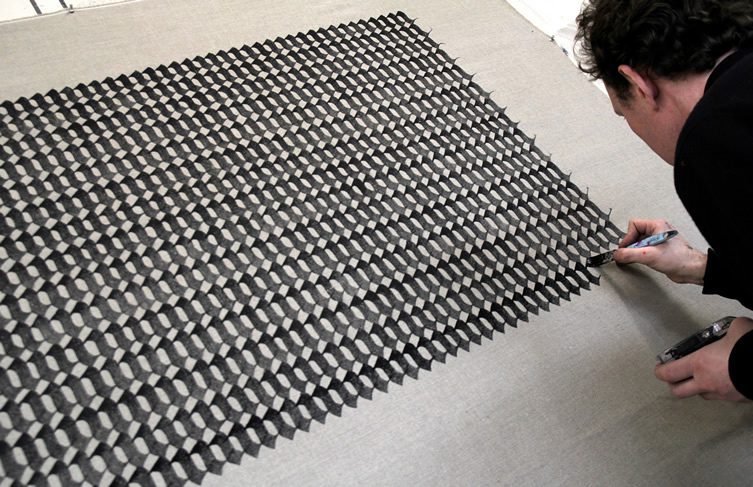 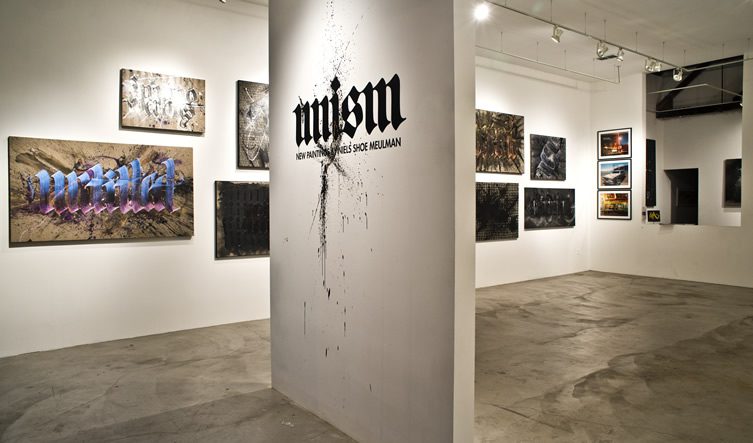 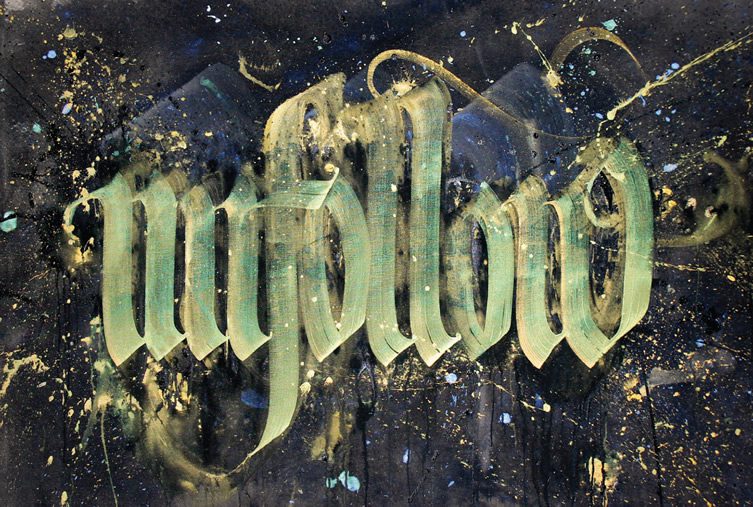 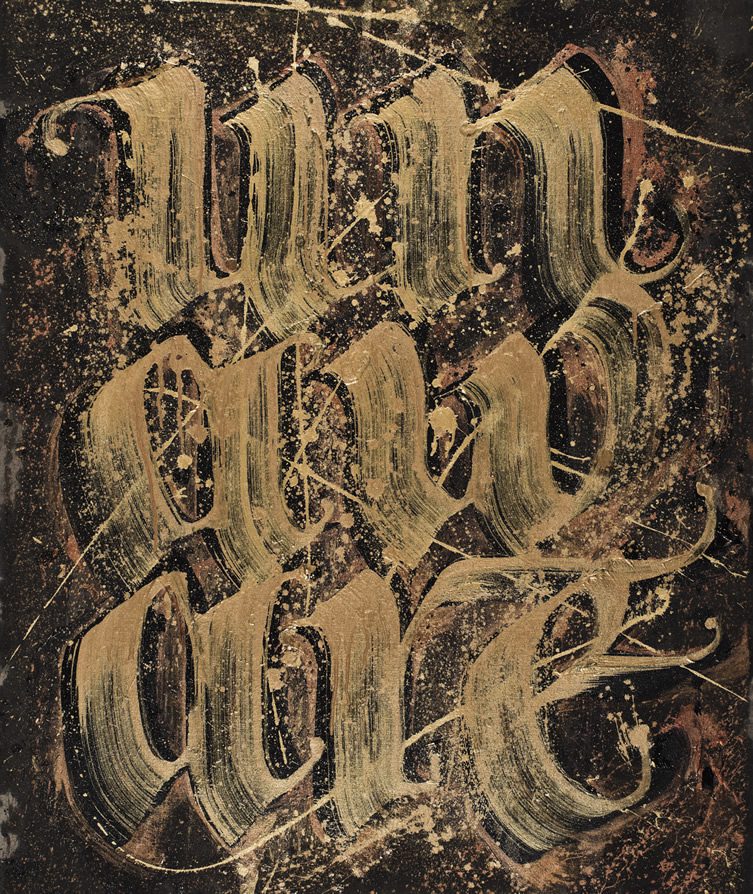 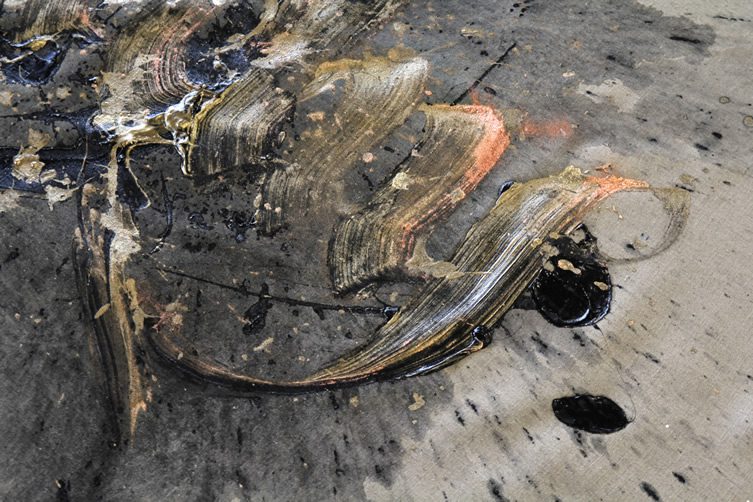 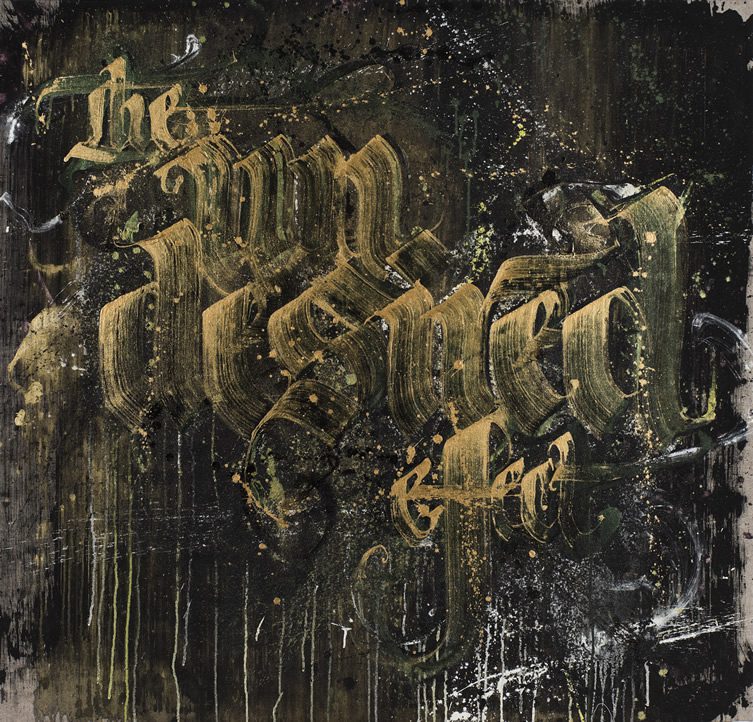 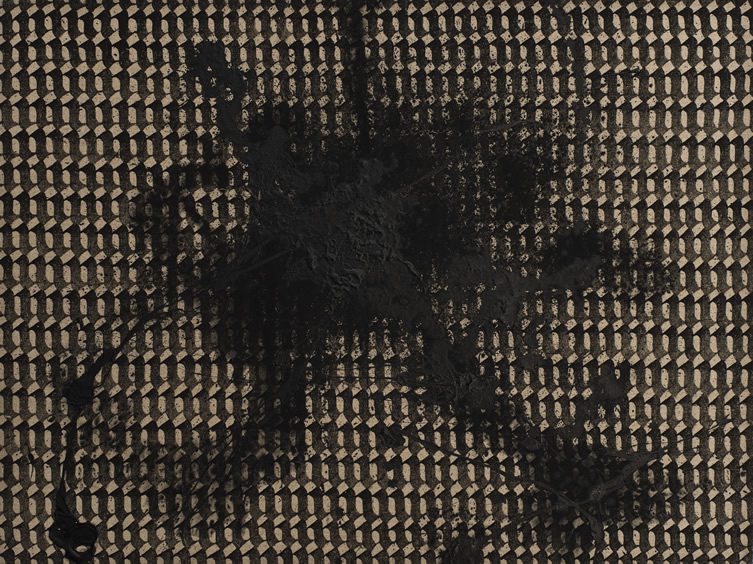 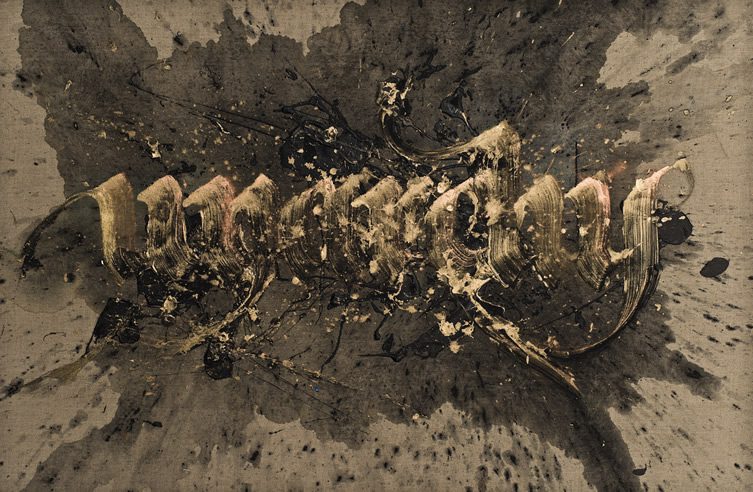