The folks at March Studio take things literally – when George Calombaris, the owner of Gazi Restaurant in Melbourne, told them his food was going to be stripped back and turned upside down, that’s just what the designers decided to do with the interior. That ethos was the catalyst for, among other things, the striking contoured ceiling installation, a cellular hive-like construction of nearly 4,000 mixed size terracotta pots suspended by steel rods. Fourteen different length rods were used to create the undulating effect, and because the construction is porous, lights can poke through in between.

Named after the industrial party zone in Athens, Gazi has some purposefully “young” aspects, among them the club-like red glow of the lobby, and some more classical features such as the wall décor. The lighting in the restrooms reminds you that this is a pre-club hangout as well as a smart, if rough around the edges, lunch venue, so if you want somewhere to line your stomach before a big night out, get yourselves to the Greek. 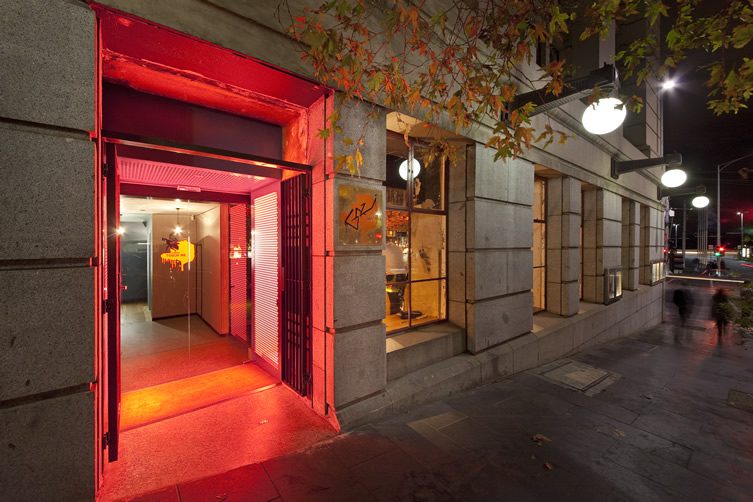 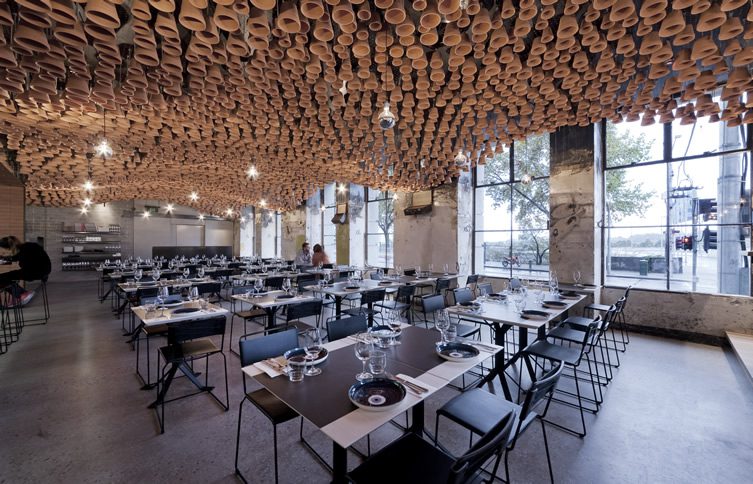 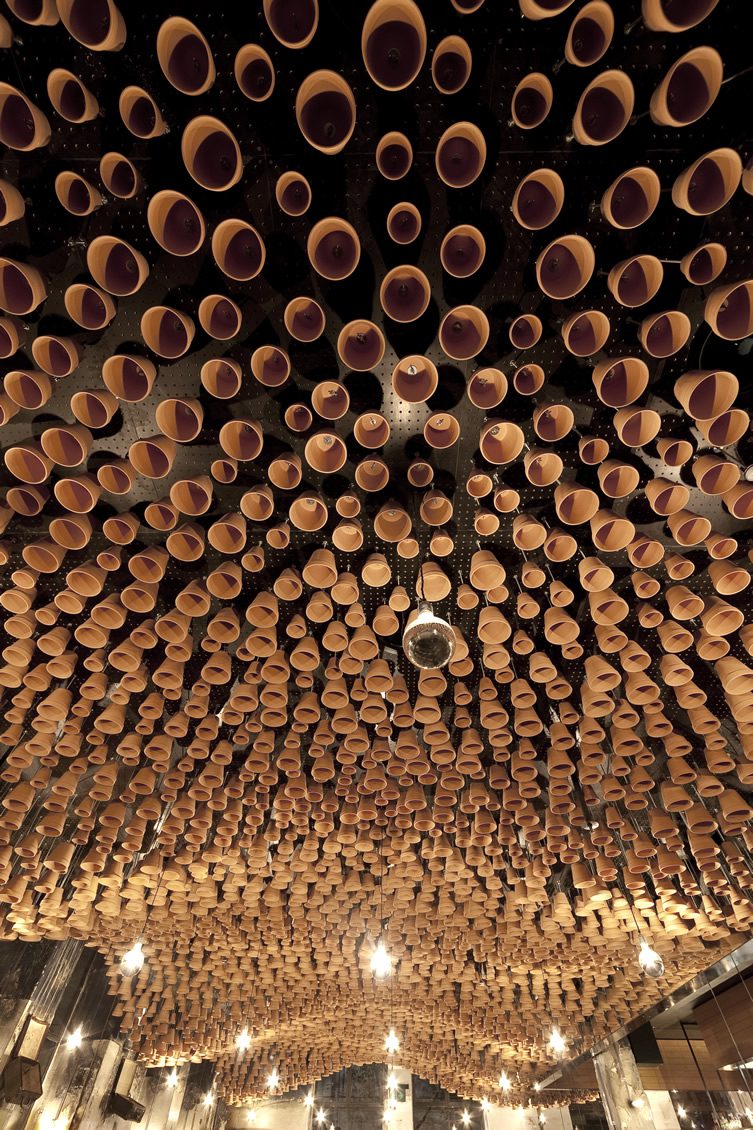 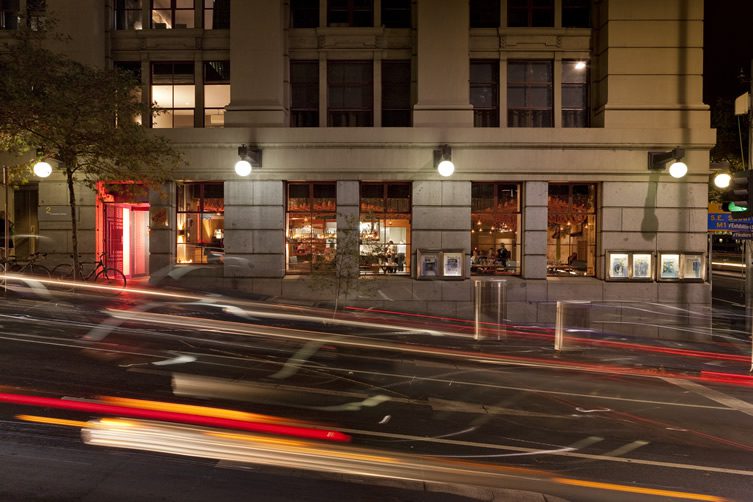 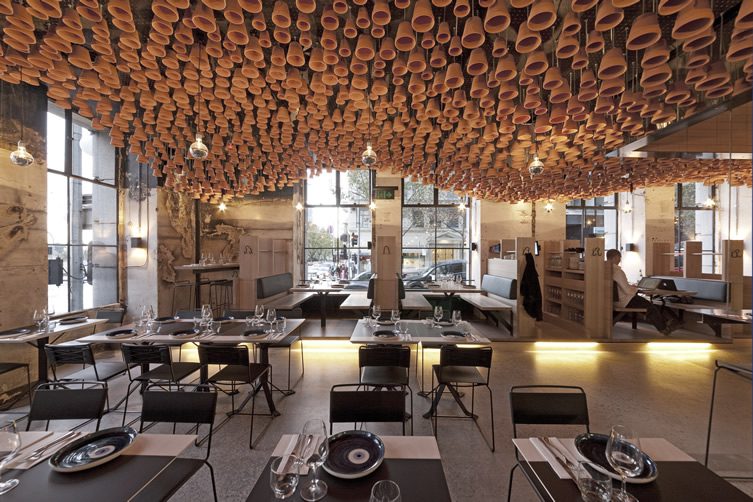 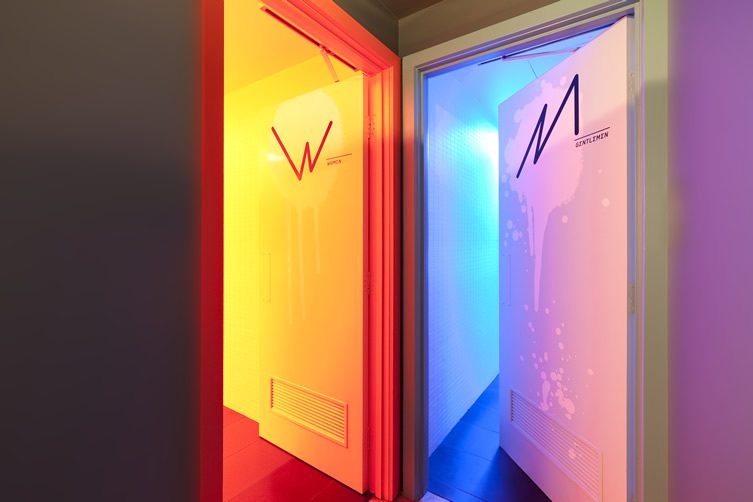