Hot Dogs and Hot Girls, a collection of works put forth by that chap Jon Burgerman happened on June 14th. The exhibit popped up in Brooklyn as part of Aakash Nihalani and Rion Harmon’s Summer Series. Hosted by 17 Frost in Williamsburg, the open space interacted with a cool crowd throughout the evening. The walls demanded attention even whilst being distracted with social responsibilities, like sniffing each other’s backsides. The VIP attendees were pooches, after all.

Owners of four-legged companions were encouraged to bring their dogs to the event, a private area for lounging rights and voguing set up for all doggies present. Only one had to be removed from the party due to disorderly conduct, others were happily striking poses so Jon’s portraiture could commence. The pieces, mix-media in all shapes and sizes, fuse pop art, his recent exploration of girls found on Tumblr, and his cheeky hand-penned characters with a techno gamut palette.

Burgerman refers to this collection of work as ‘pastoral pictorials, filtered through the heavy-set dark rimmed glasses of the millennial generation, set against a saccharine, saturated backdrop, the colour of Tumblr, populated with distracted, glitchy characters, pop iconography, hot dogs and hot girls’. We couldn’t have said it better ourselves. 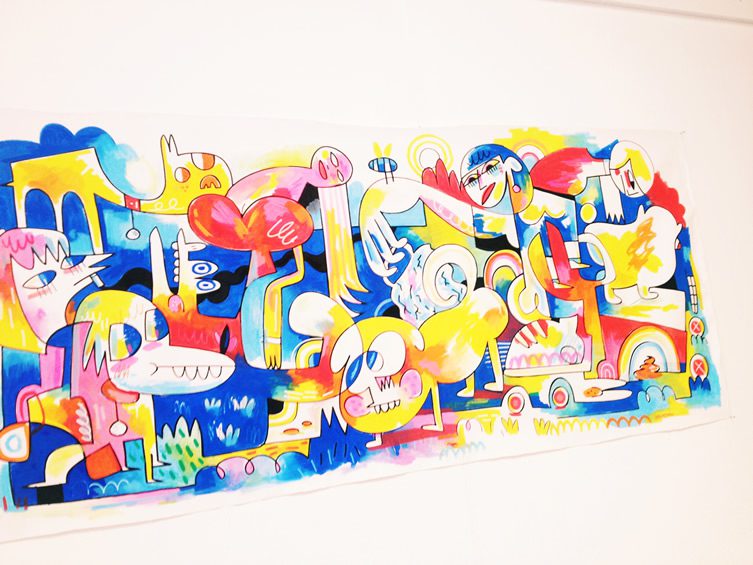 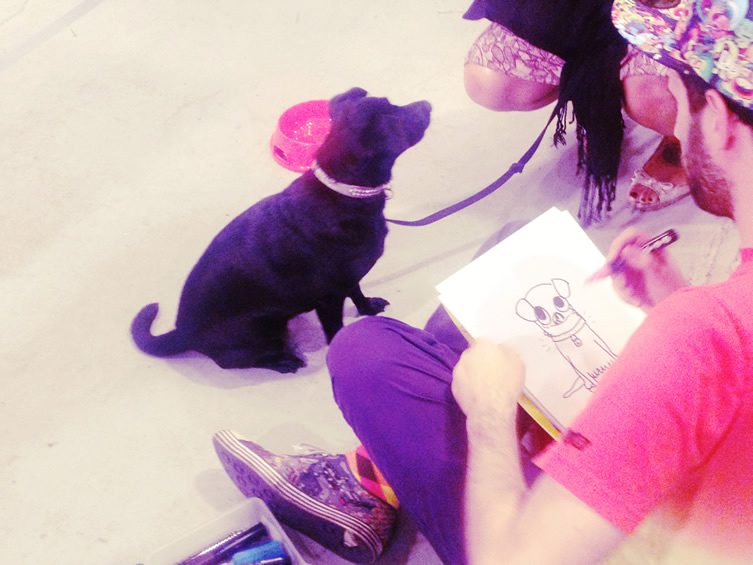 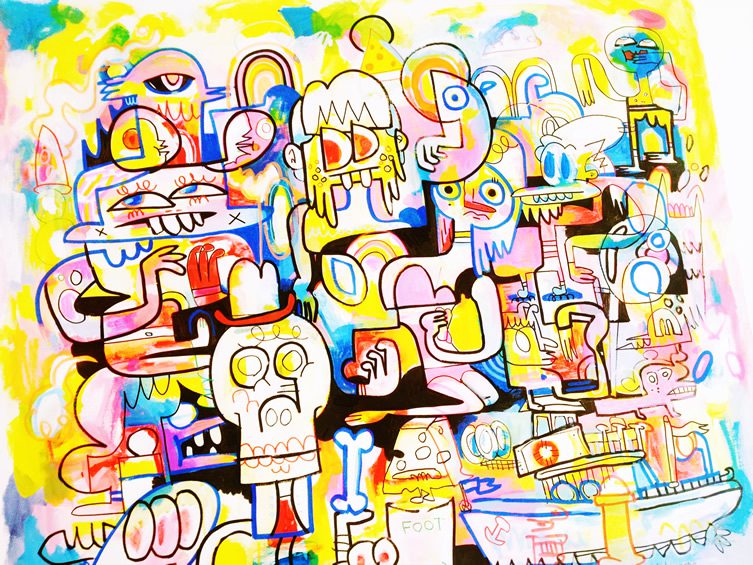 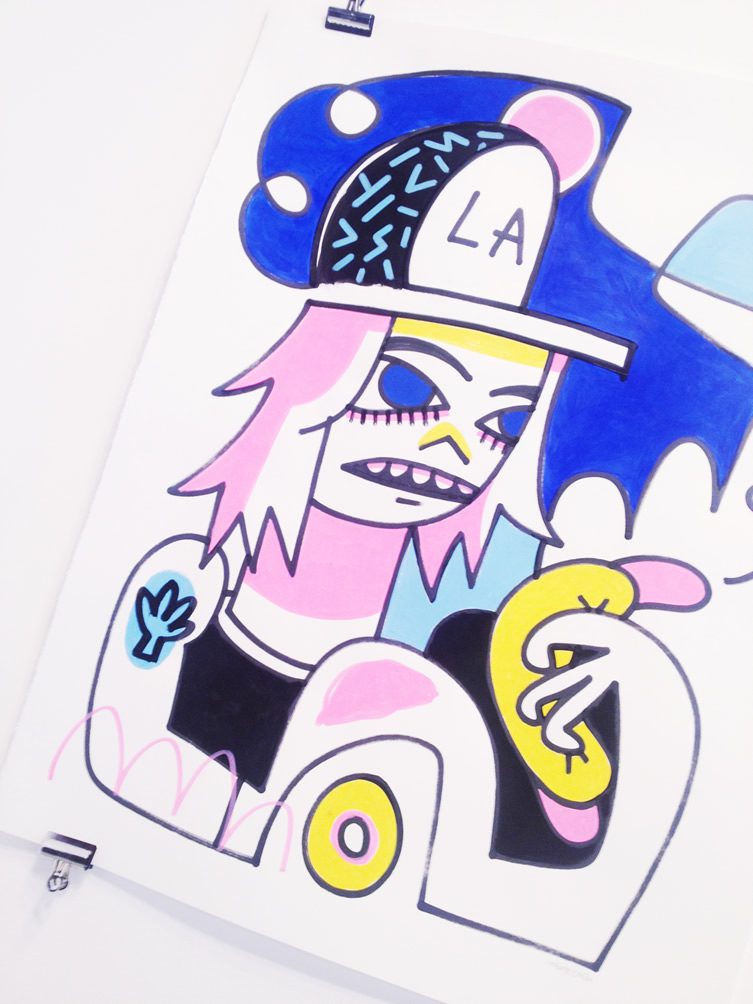 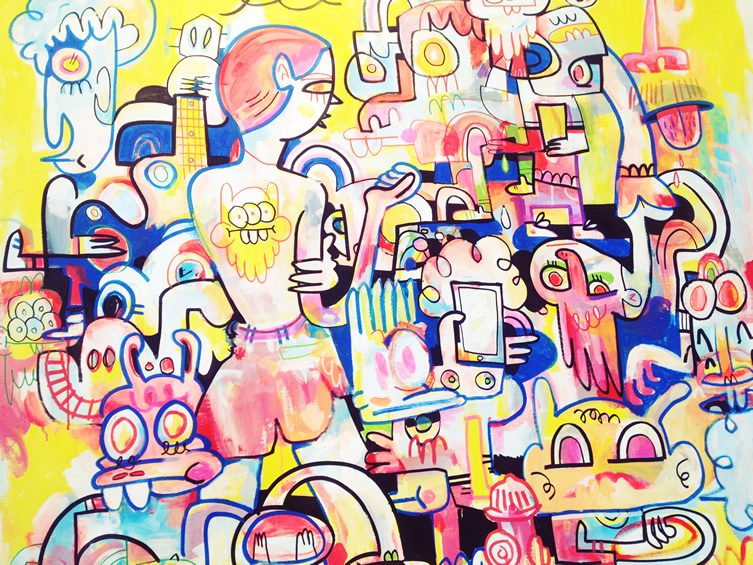 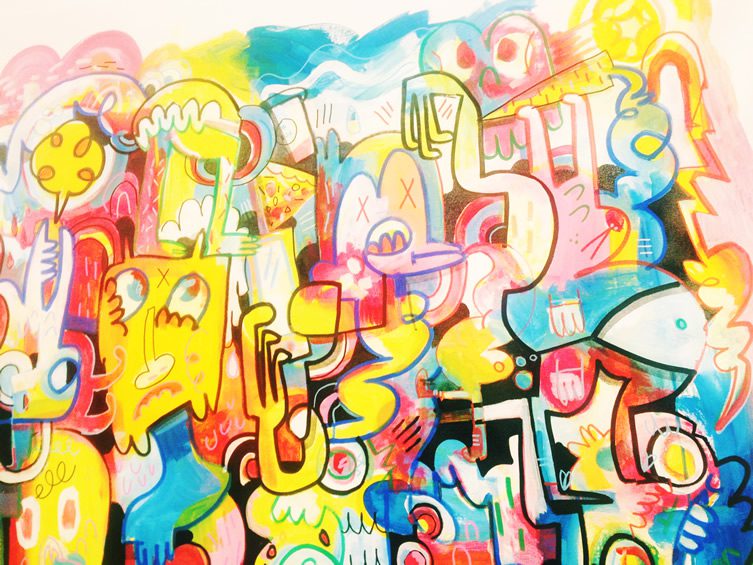 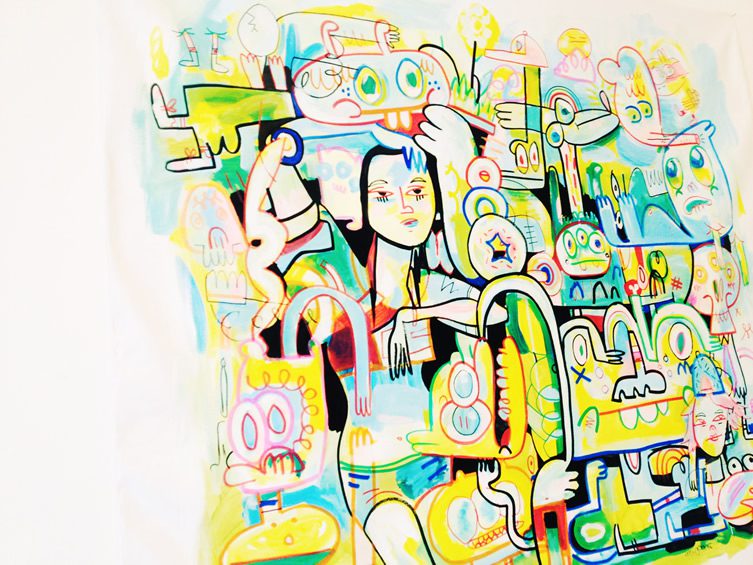 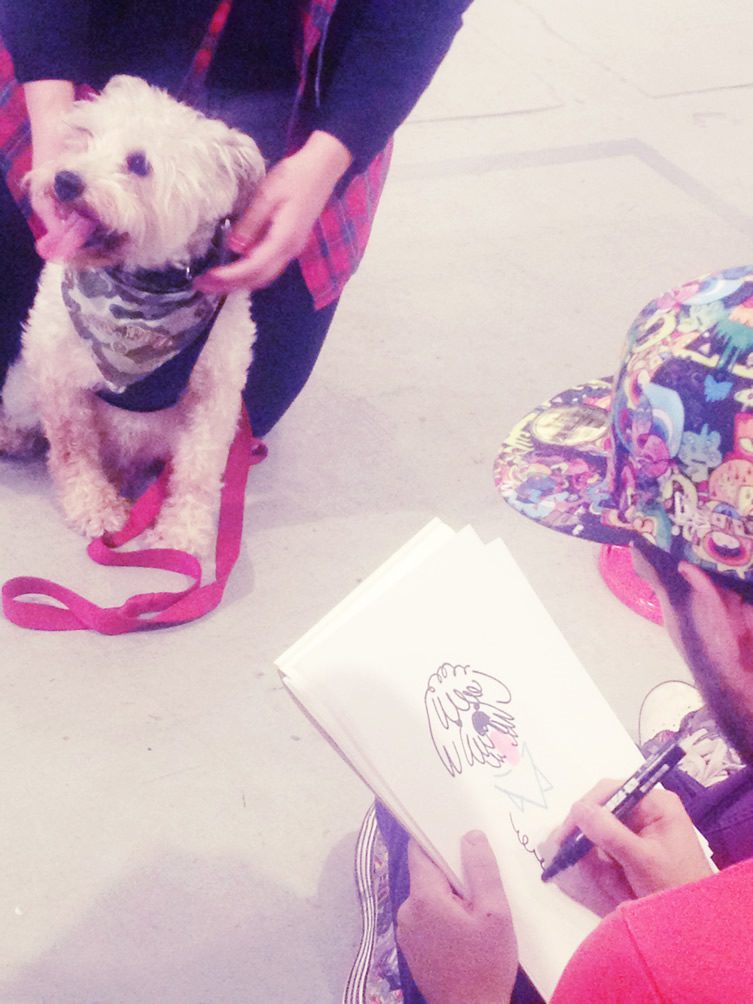 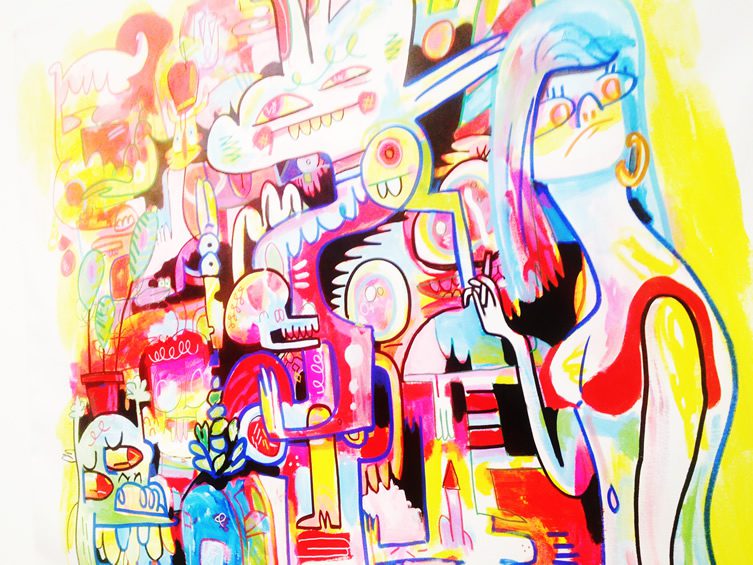