If ever there was an obtusely-named art collection, it’s Heavenly Creatures by David ‘Meggs’ Hooke. His study of mythology through street art inspired mixed media mash-ups reeks of death, but there’s no Homeric gods at work here, no Elysian Fields being roamed, no Christian harp-playing angels on clouds. Instead it’s all the bleached or blood-spattered bone of skulls, rendered with energy by the nozzle of an aerosol on a variety of materials, including old comic books.

It’s fair to say Meggs’ imagery would be more at home on the back of a biker jacket than on the ceiling of a chapel, but the Melbourne artist has produced something extremely praiseworthy with Heavenly Creatures. Using canvas, plaster sculpture and the aforementioned Phantom comics, Meggs’ fantasy re-workings of the afterlife burst through into this one like a portal into hell. Thinkspace Gallery in Culver City, California, is the place to see the dead rise again in person until 27th April, with pieces on sale from $300. Scarily good stuff. 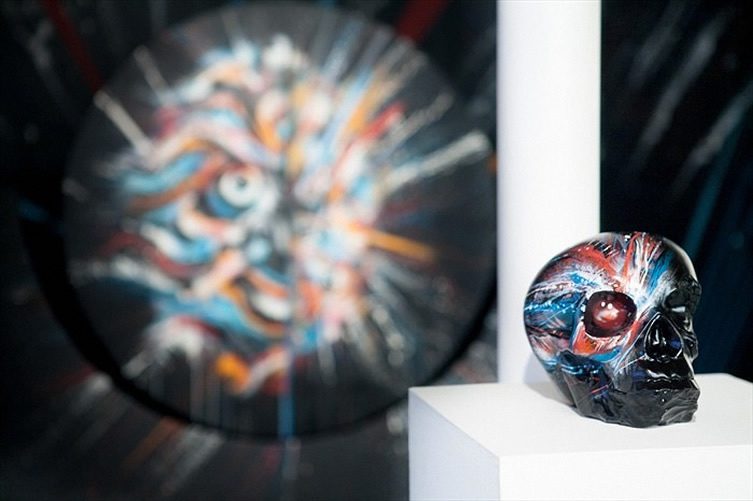 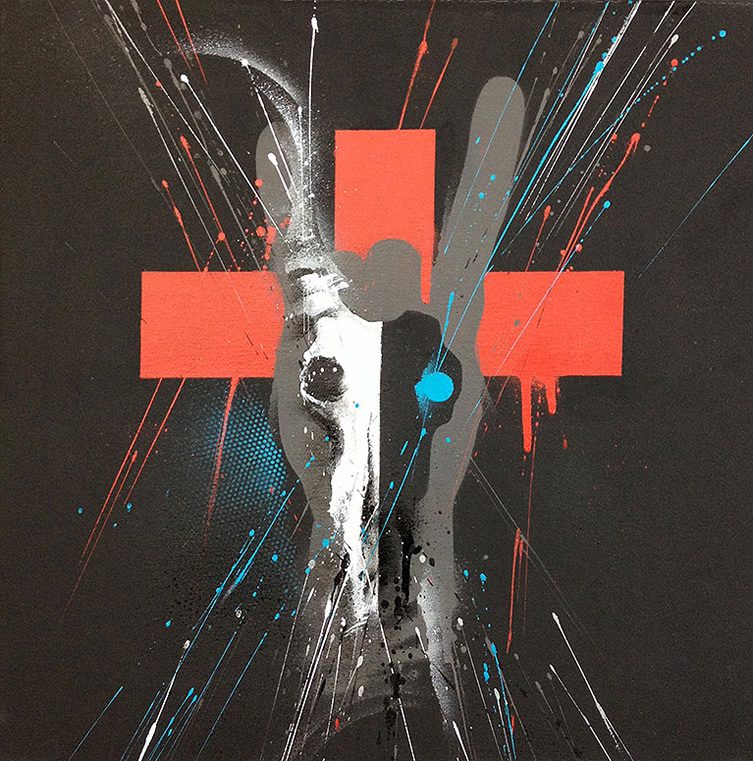 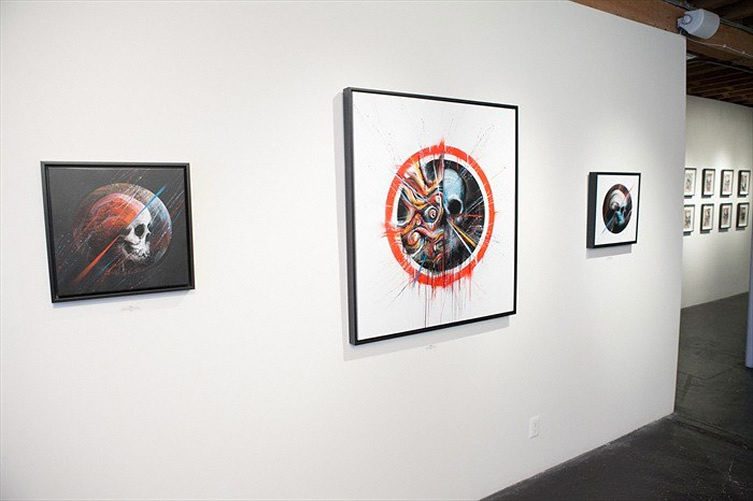 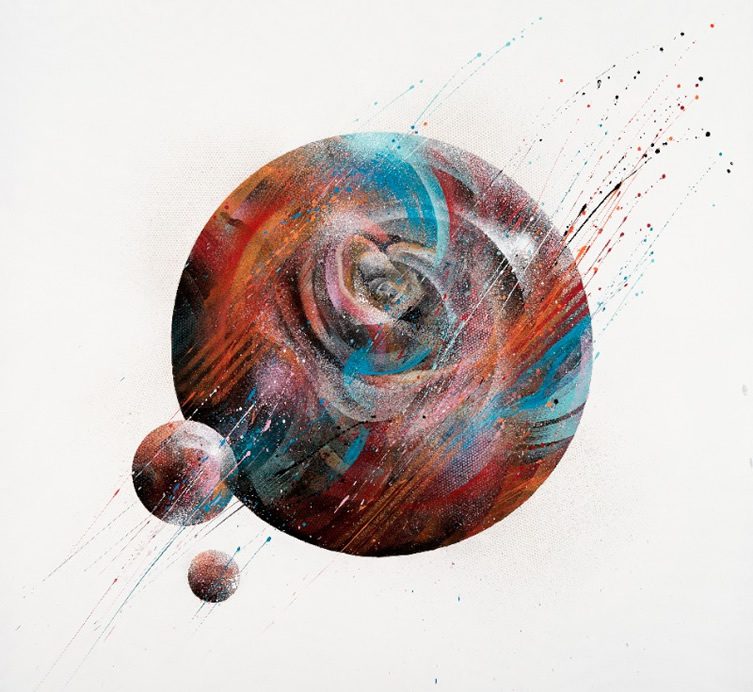 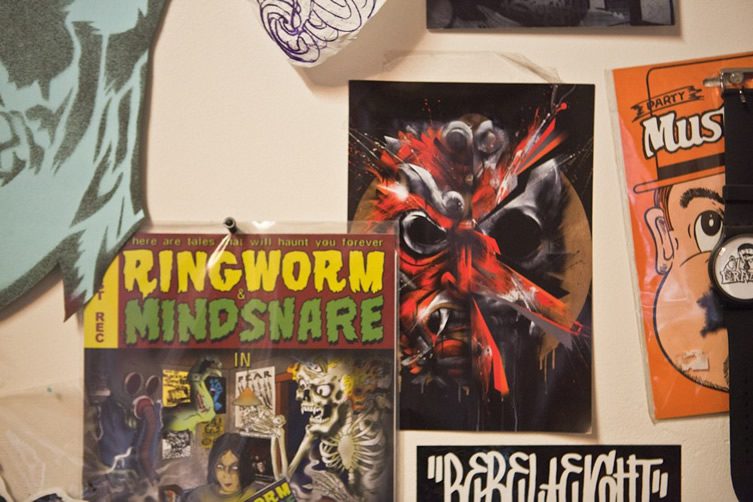 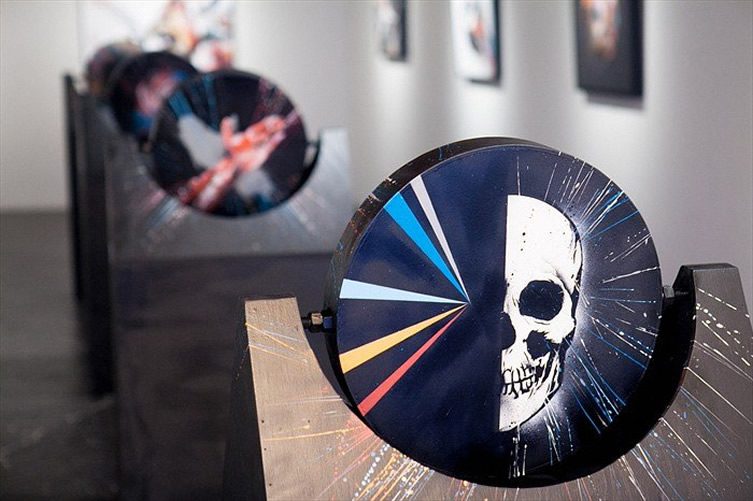 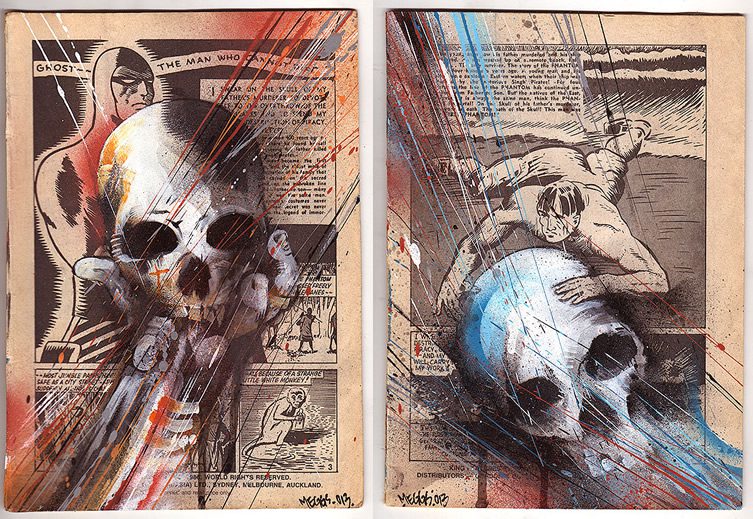 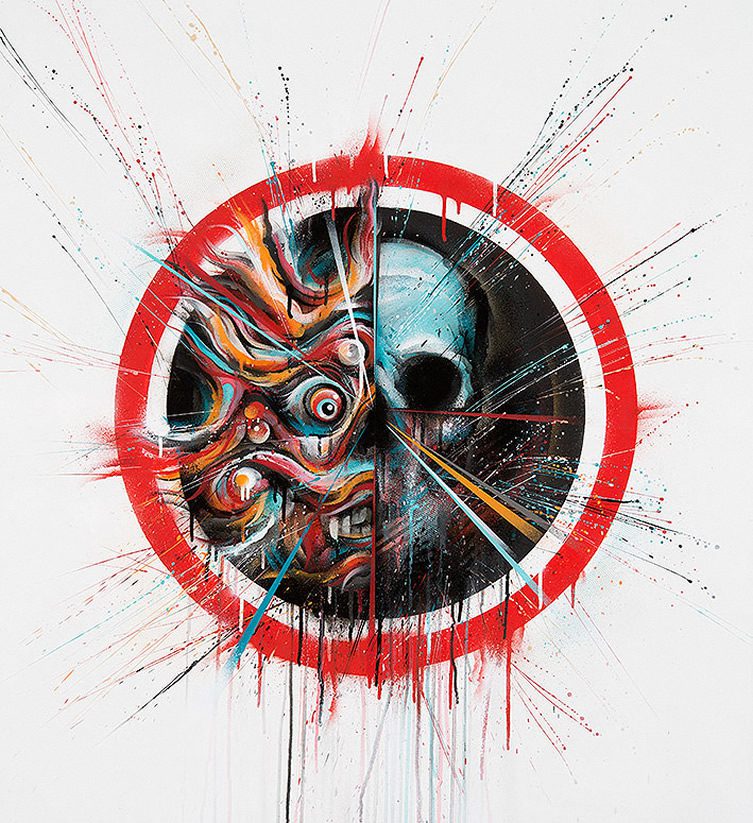 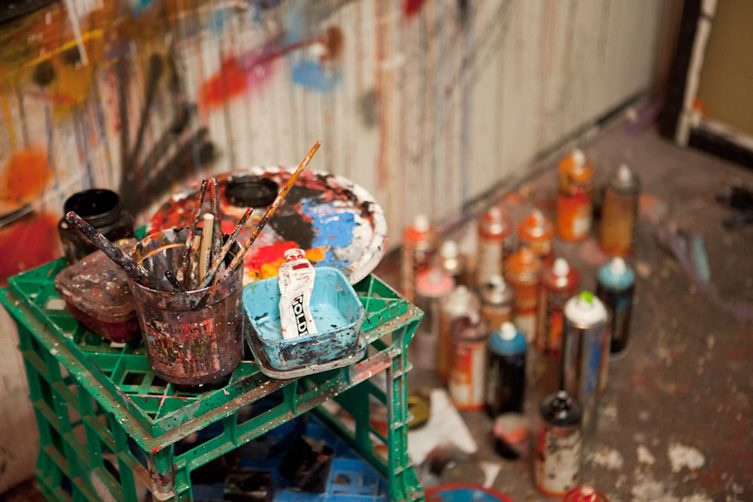 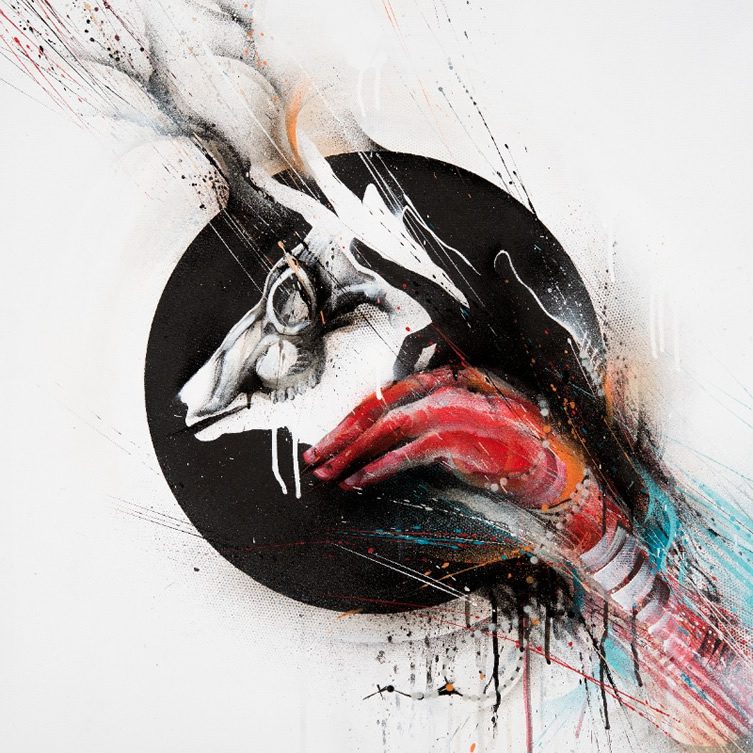 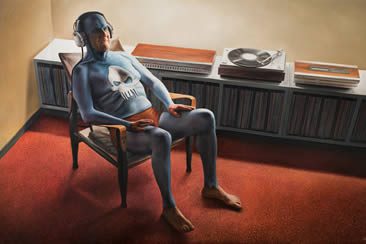 We Don't Need Another Hero: Andreas Englund's uncomfortable comic book superbloke is all of us...

As ballsy and brilliant as contemporary art can be in 2017, there are times when negating the need for the decoding a greater conceptual understanding can be liberating; if only for doing away with the random-word-generated-gobbledygook of the...