Fashion models are often accused of being too thin, but the new window displays at Christian Louboutin’s boutiques are taking things to extremes.

Retail design team StudioXAG, whom we featured as part of our Create GB series, have been at it again with another eye-catching idea for the windows at the fashion designer’s European stores. They went along to a London hospital (possibly feigning broken bones, we’re not sure) with a sackful of Louboutin shoes and bags, some jewellery by Michael Van Der Ham and Holly Fulton, and a couple of skeletons – that’s not an unkind euphemism for models, we mean actual skeletons – and made use of an X-ray machine, capturing the insides, inbetweens and the underneaths of the accessories.

The resulting images, highlighting some often overlooked detailing in the high-end products, have been used in conjunction with some prop legs, strobe lighting and other jiggery-pokery to create the illusion that the X-ray is being taken of real models standing behind a screen in the shop window. The way we see things, it’s another clear winner from StudioXAG. 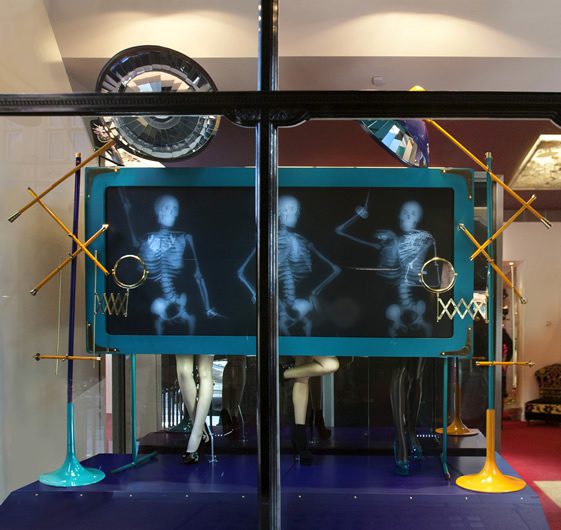 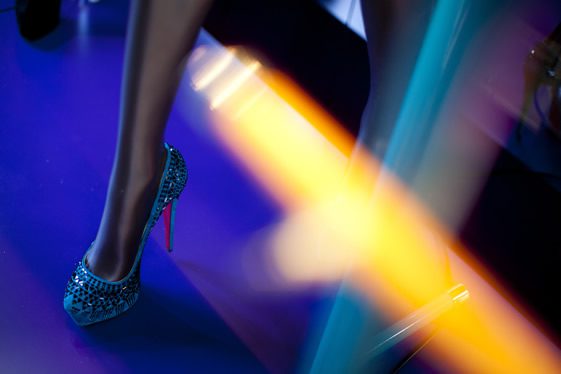 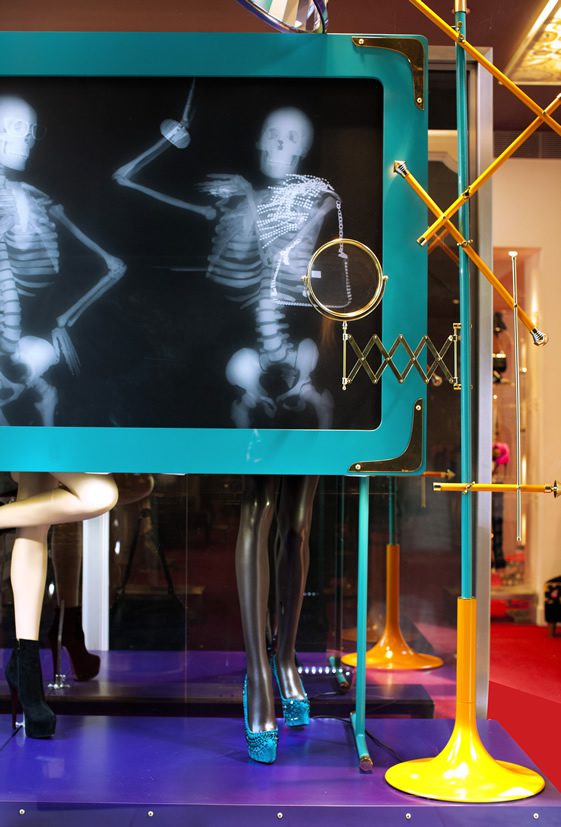 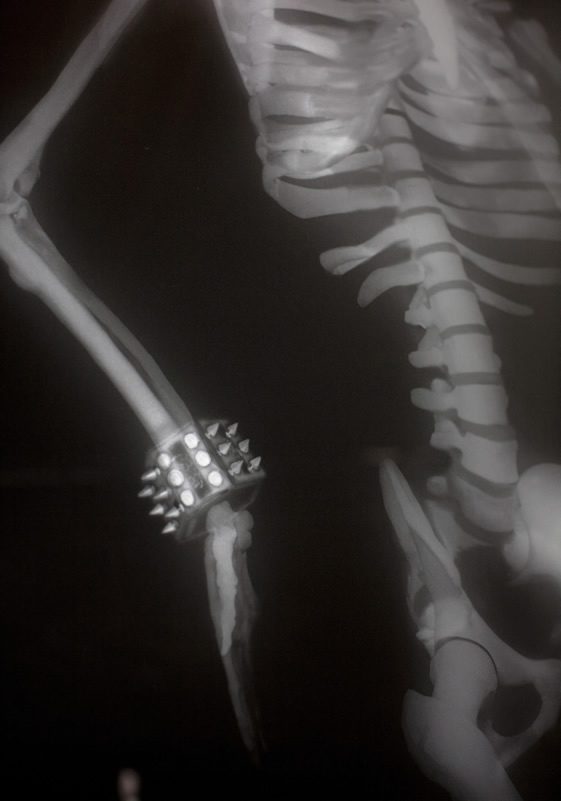 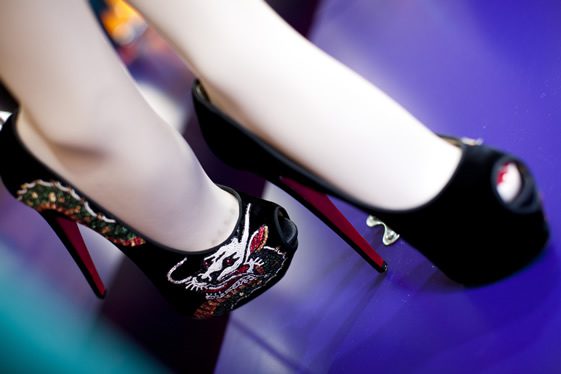 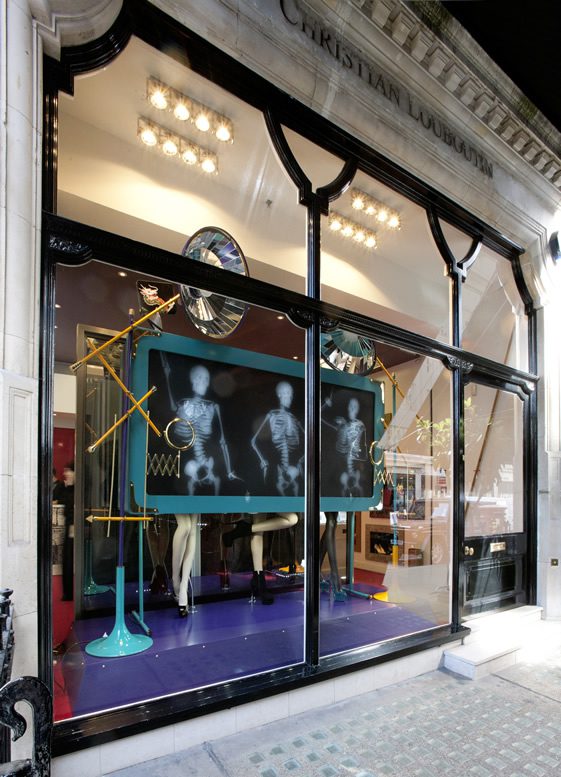