The thing with street art is often context is everything; remove the artwork from its environment and the work is itself diminished. So then, the obvious (but actually very clever) solution is to leave it where it is, and rather than bring the art together to be viewed in one blah building, send the viewers on a city-wide scavenger hunt to discover it for themselves.

That’s the idea at the heart of Street Museum of Art (SMoA) – leading art lovers on a walking tour of the city, pointing out artworks that may normally be lost or ignored as people buzz about with their frantic daily lives. Signs have been placed giving information about the work, some telling the viewer where to look for the more discreet pieces. Art and exercise at the same time? It should be Government-funded (but obviously isn’t, this being America).

So far, so great, but here’s where the project gets really interactive. SMoA also provide blank labels on their website that fans can print out, fill in and stick up to highlight work that they discover, to share with other users. Interactive, inclusive and with the potential to unearth an absolute treasure trove of obscurely-placed or previously ignored artwork, constantly expanding, and encouraging city inhabitants to look at their environment through fresh eyes, always on the lookout for new work to champion.

SMoA are currently running an inaugural exhibition, In Plain Sight, introducing street art fans to this new concept in Williamsburg, Brooklyn, and bringing to attention works by C215, Elle, Faile, Gaia, Imminent Disaster, Jaye Moon, JR, Nick Walker, Paul Richard, R.Robot and Sweet Toof among others. Admission is free, opening times are right now until whenever, and no jacket required. What are you waiting for? Hit the streets. 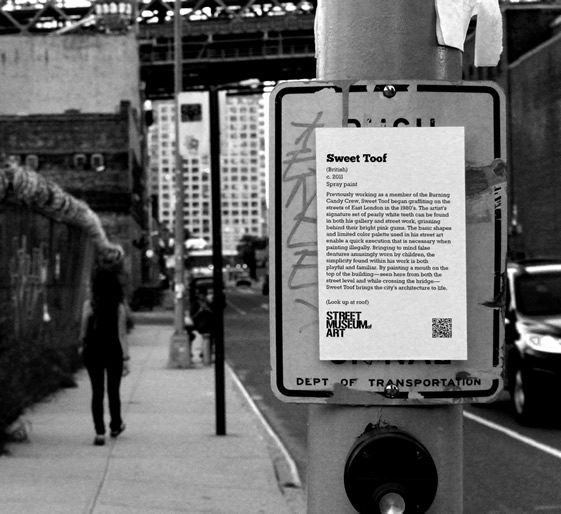 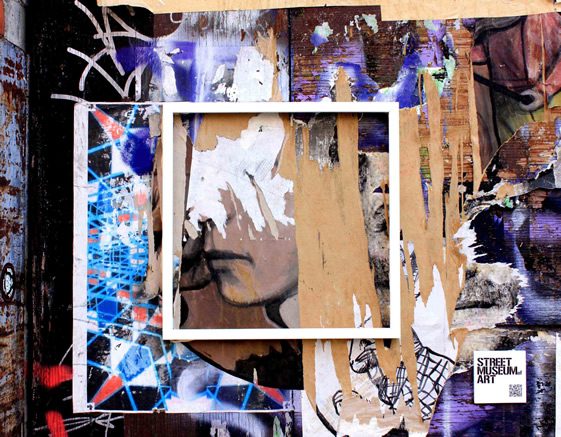 The Street Museum of Art on Wythe Avenue 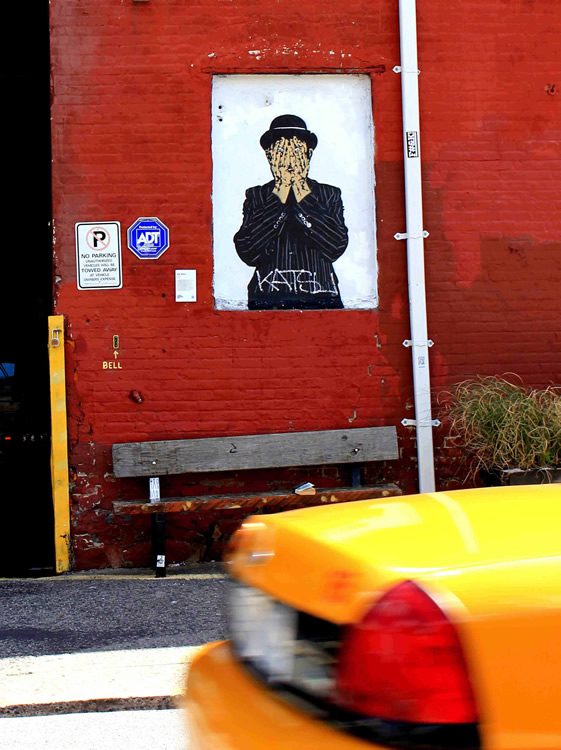 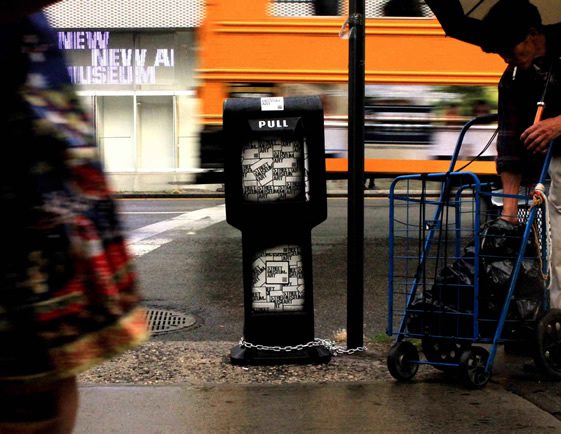 The Street Museum of Art on the Bowery 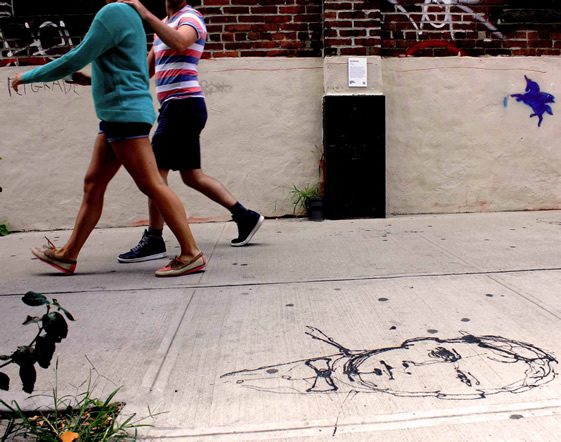