X-Rated Adult Movie Posters of the 60s and 70s, released by Reel Art Press, expands on the wonderfully retro collection of Nourmand and Marsh’s original cult bestseller; a riotous romp through kitsch aesthetic, released over ten years ago.

Featuring over 350 ‘classic’ posters — the crème de la crème of X artwork — alongside pressbooks and stills from the Golden Age of the X-rated movie, this must-have publication — with its insightful and witty text from Peter Doggett — is a curated celebration of unashamed advertising that confirms the much bandied idiom that ‘sex sells’.

An irresistible page-turner, the posters require no decoding, crudely-printed cut-and-paste collages with well-endowed ‘stars’ and provocative titles like Flesh Gordon and Hot Lunch, designed to arouse the desires of potential viewers. During a era where breasts and buttocks were routine, it took a brave man to break the formula. Enter, Stephen Frankfurt: a hot-shot ad executive who took the less-is-more approach with his infamous work for 1974 soft-core masterpiece, Emmanuelle; and other similarly-offbeat works — Smoke and Flesh and Appetites, for example — make up some of the more interesting offerings included.

A cult classic in the making, X-Rated Adult Movie Posters of the 60s and 70s is due for release in September (priced £29.95/$49.95, and currently available for pre-order), when devotees of nostalgic decadence can dive into 368 pages of slapdash and shambolic design that defied convention and defined an age.

'Marilyn Minter brings her decades-long engagement with the cultural politics of feminism uniquely to life through her virtuosity as a painter and photographer. With an unflinching gaze and a sympathetic sense of humour, Minter lays bare the often... 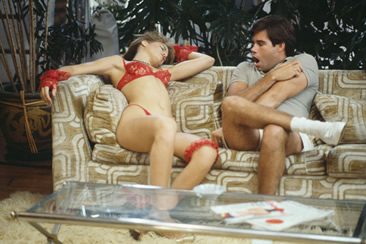 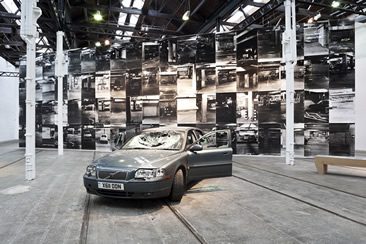 Warning: The following exhibition contains quite a lot of dick. This 20 year retrospective of the work of YBA Sarah Lucas is a penis-packed riot of good-humoured bad taste, urban decay and body image issues at Glasgow arts venue Tramway, and... 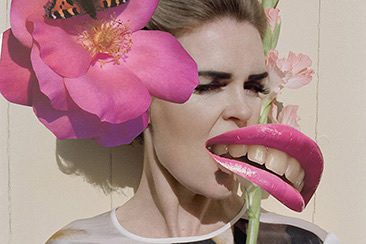 Exhibition looks back through the scrapbook of original scissor sister...

Lancastrian artist Linder Sterling has been going at it since the mid-1970s, but her work really got in people's faces a couple of years later with the arrival of punk and her seminal Buzzcocks record cover for Orgasm Addict. Dating one of the...