Once the powerhouse of American automobile construction, Detroit has been steadily shrinking since its heyday in the 1950s, losing nearly 60 percent of its population. What happens to a city which undergoes such a rapid and devastating decline – death, or rebirth?

That’s what Camilo José Vergara decided to investigate through his collection of photography Detroit Is No Dry Bones (showing at Washington’s National Building Museum ’til 18th February 2013), and from the title alone we can infer that his verdict is not as bleak as might be expected. In fact his work shows that while there is definite decay in the structure of Detroit, the spirit of the city lives on and is finding new ways to express itself.

Granted, re-purposing a bank as an adult film theatre might not be everyone’s idea of healthy regenesis, and there’s a sad shabbiness to most of the images, but in one picture alone, that of the children playing in the gushing fire hydrant, Vergara proves there’s life in the old girl yet. 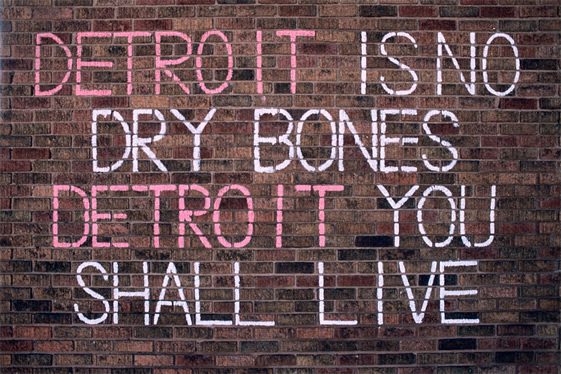 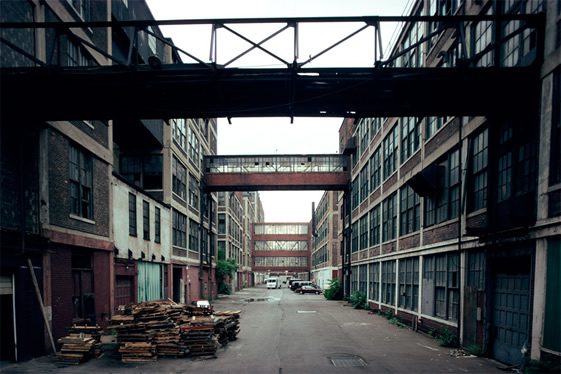 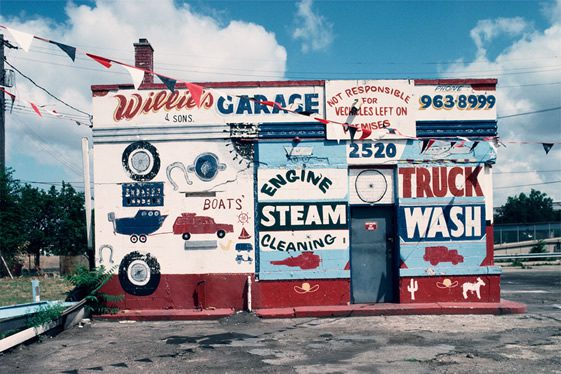 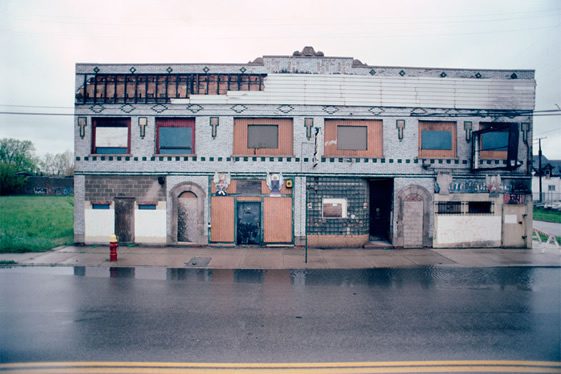 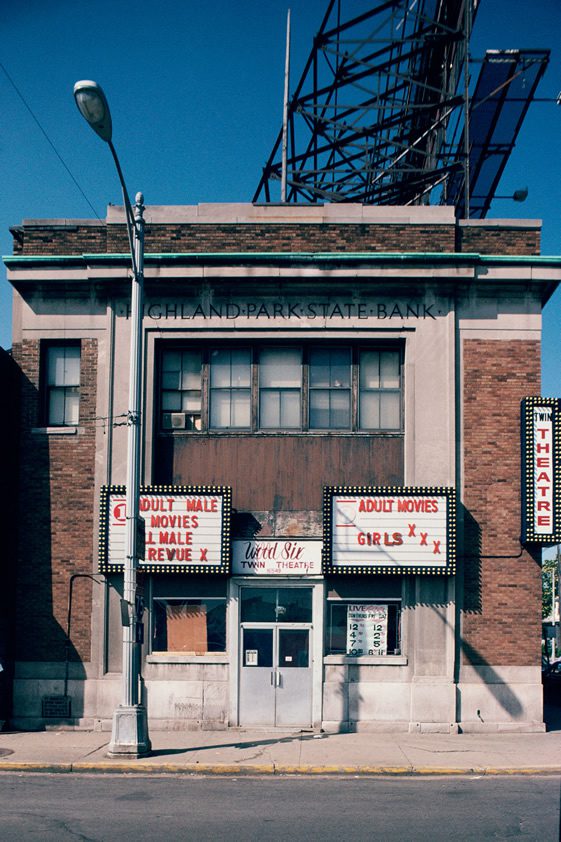 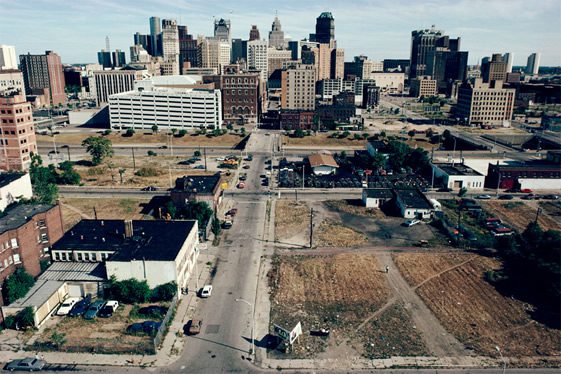 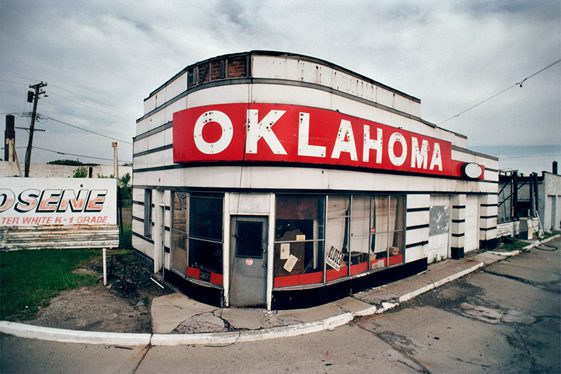 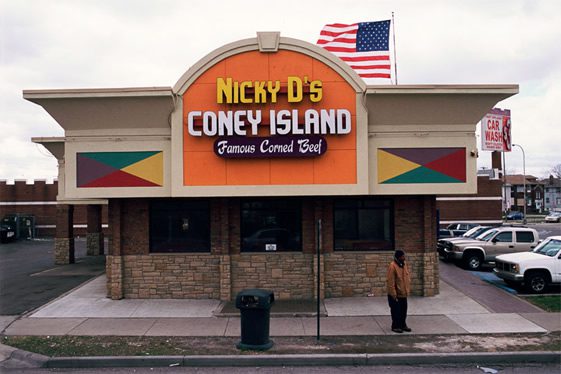 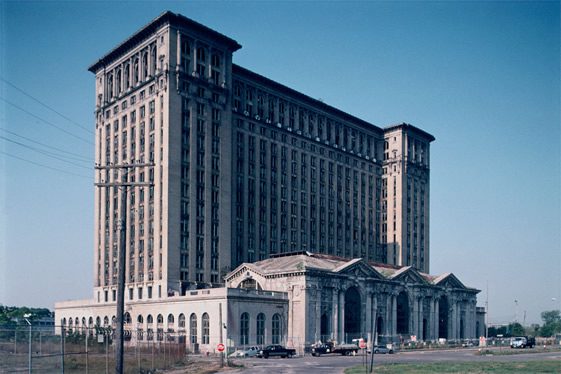 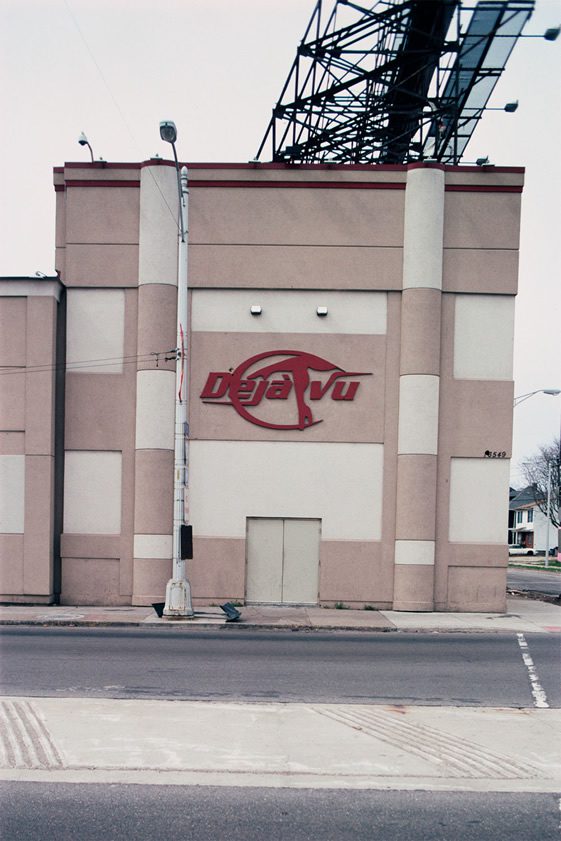 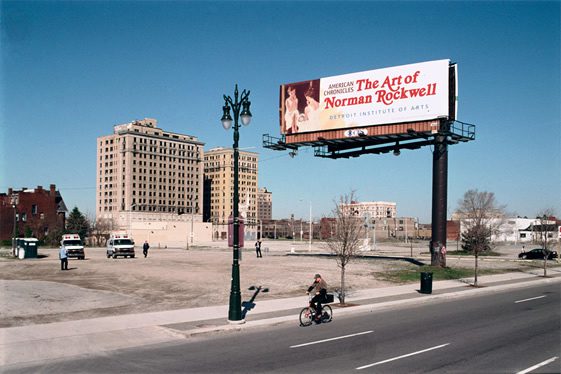 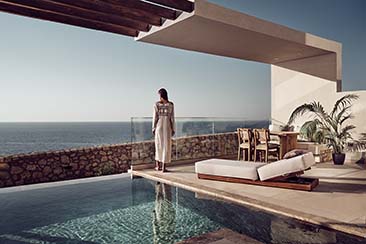 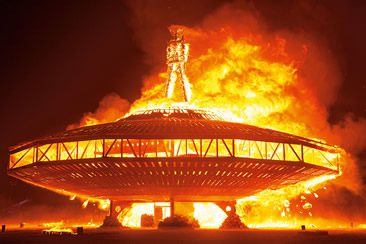