As part of the London Design Festival, the V&A hosted a series of Salon Talks – interviews with female designers celebrating the role that women play in today’s design industry. I was one of the interviewers and spoke to Sarah Elanany.

Sarah is a British Palestinian product designer who has found herself in the world of fashion trying to find a design solution to a problem she faced herself. She couldn’t find clothes that respected her religious beliefs whilst expressing her identity. 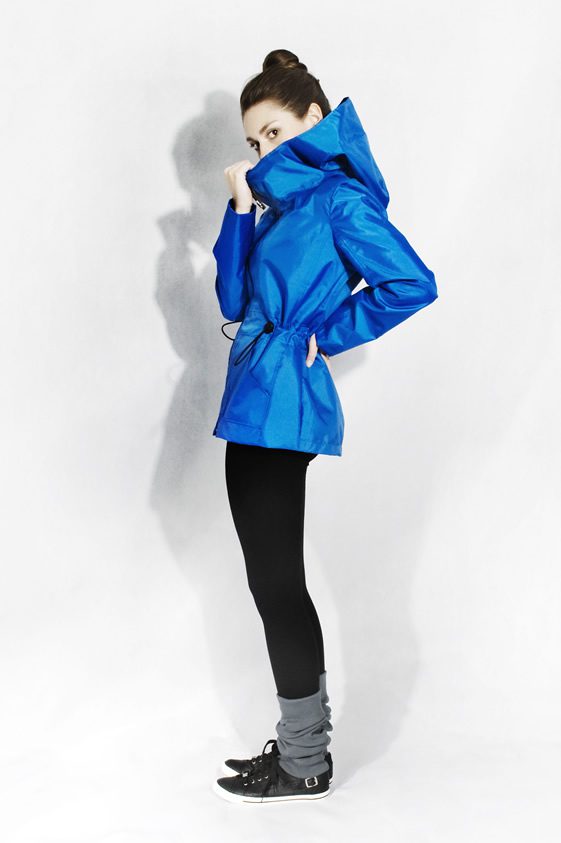 What’s the most important thing to know about you?

I’m really sensitive and I cry every day, sometimes two or three times a day. I’m not sad or anything, I just cry a lot!

What sort of things set you off?!

I think most of the time it’s empathy, but it’s only because I’m hyper sensitive, so it might be something on the news that’s quite sad, or even listening to my iPod there might be a song… it’s not buckets, but a little moment.

How do you come up with ideas?

I get a lot inspiration from cartoons actually. There’s a piece in the new collection, which is a cape and I got that from a cartoon called Princess Mononoke, which is Japanase Anime. Inspiration comes in bits and pieces. I make little sketches and keep small references. I might see a colour I really like, or a swatch of fabric. It’s only when I need to create the collection that all those little bits come together.

The typical fashion designer will say they reference WGSN, a trend forecasting website, and see what’s gone on in previous collections, whereas I’m not so trend focused, so those things don’t really apply to me. I’m a bit more creatively free in that way, but I’m limited in other ways. 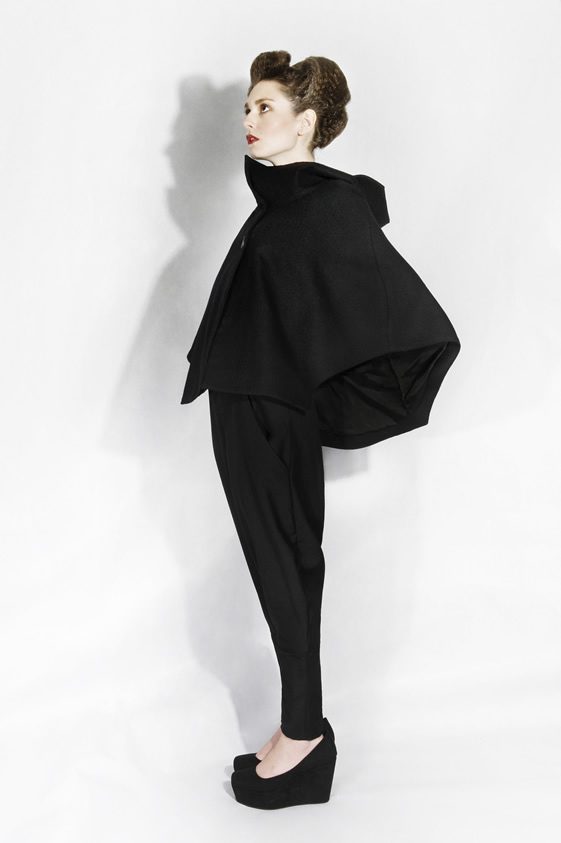 You’re British Palestinian – how does that influence your work?

I think the British thing is more subconscious. I think the way I design is a product of my life. And because I grew up here, this is what I know and this is what comes out of me. Having said that, there’s a great sense of invention in Britishness and I think some of the functional elements of my design are about trying to find solutions to problems, which is what my clothing does. I would say that’s the British part of it.

I would say the British part is subconscious, whereas the Palestinian part is conscious – chosen.

And how does being female feed into all of that?

I think it’s the sensitivity. I think females genetically make better designers than men! Design is about intuition and females are more intuitive than men and they’re more sensitive – I think they make objectively better designers!

Is it about empathy?

Yes. There really is a focus on the user and how products are used. I studied engineering product design and I was the only girl on my course. The boys used to make the biggest, boldest, brashest, shiniest thing, whereas I would make a little thing that you could hold and you could use. It wasn’t showy – but it did the job and it looked alright.

You talk about your “design for need” philosophy – can you tell us a bit more about that?

I’m quite analytical, so I think there should be a reason for everything. If you’re going to design something, it should be a solution to a problem. I’ve really thought about what it means to be a designer. Design is supposed to make life easier, to make things simpler, to break barriers and make the world smaller, so if you’re going to design something there’s got to be a purpose to it.

While I appreciate good-looking aesthetic design, that’s just someone’s ego. What I really appreciate is stuff that works really well; stuff that makes life easier and is a solution to a problem. 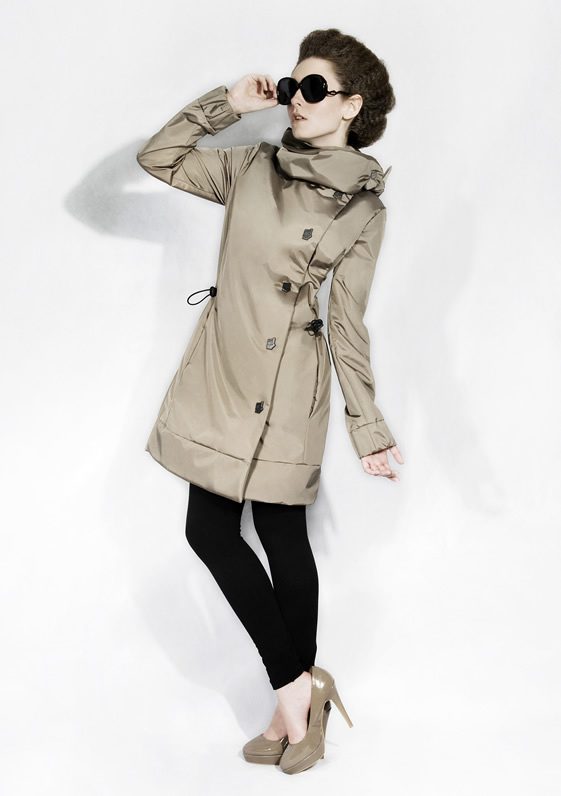 Let’s talk about your clothing. You describe it “stylish modest clothing that Muslims can wear.” Can you tell me a bit about that and the problems that is solves?

I started the label because as a young Muslim girl I wanted to practice my religion, I wanted to cover up, but I didn’t want to dress very religiously. The only clothing available at that time was very religious gown-like clothing that didn’t really express my identity as someone British.

I know religion is about letting go of your ego, but if I was to wear these clothes, they would limit my life choices, so I wouldn’t be able to do the same things that I would do if I wasn’t wearing them.

Was that due to the way the clothes were designed, or because of people’s perceptions of you?

Because of perceptions. If I rock up to an interview in a black scarf and a black gown and someone else with the same qualifications and even the same personality just looks like normal, they’re more likely to get the position, so it limits your opportunities.

I wanted to create clothing that would still tick all the modesty boxes. Islamic dress code for women has got very specific guidelines for what has to be covered. It depends which school of thought you’re from, but generally, only the face and hands can be seen. You have to wear something that doesn’t give any detail of where your legs join, so you’ll see a lot of Asian young girls wearing dresses over jeans. I’m probably stretching the boundaries today because you can see [the shape of] my arms – generally you shouldn’t be able to see any detail. The whole point of it is that you’re not supposed dress sexually provocatively, so that’s how modesty is defined.

My aim was to design clothing which could be modest, but also British. Although I am Palestinian, my upbringing hasn’t been very Palestinian – I can’t even speak Arabic. I identify myself as British and I want clothing that expresses my identity as well, so it’s lots of things, but the aim is a solution for modest clothing that isn’t religious. 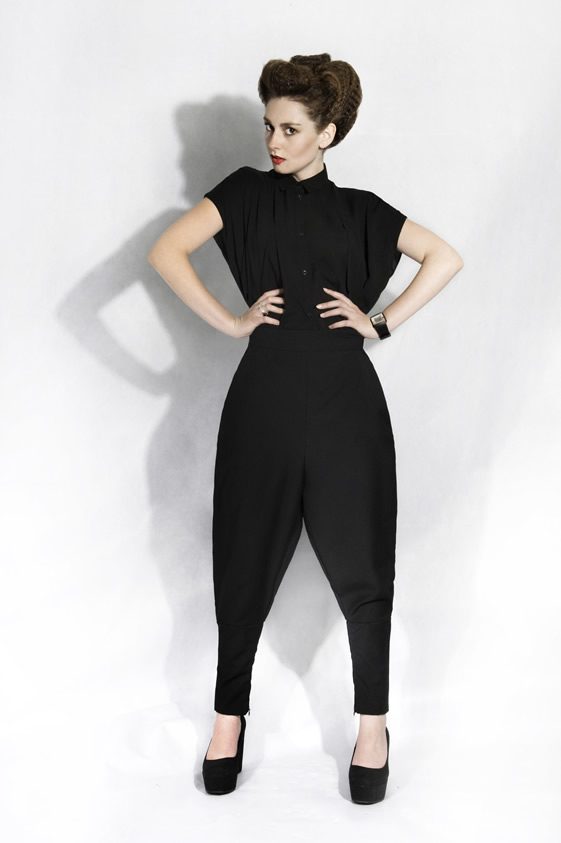 You talk describe your clothing as ‘culturally inclusive’, and you’ve mentioned that good design should bring people together and make the world a smaller place, could you talk a bit about how your clothing achieves that?

In terms of inclusivity all it means is that it’s for anyone – anyone can wear it. My friend Lauren wears it, and she’s not Muslim and when she wears it she doesn’t feel like she’s wearing something Islamic, yet at the same time a young Muslim girl can wear it and she’ll be covered sufficiently, but look ‘normal’ as well. The point is that anyone can wear it – it’s for everyone.

And how does the mix of your customers break down?

Pretty 50/50 actually, just going by customers’ names, but that’s what it seems to be.

What are you most proud of?

I designed some uniforms for the scouts, and the Daily Mail wrote something positive about it. The thing about newspapers is whatever message they put out they can change someone’s mind. So to have them write something positive or even neutral, let’s say neutral, because that’s still positive! 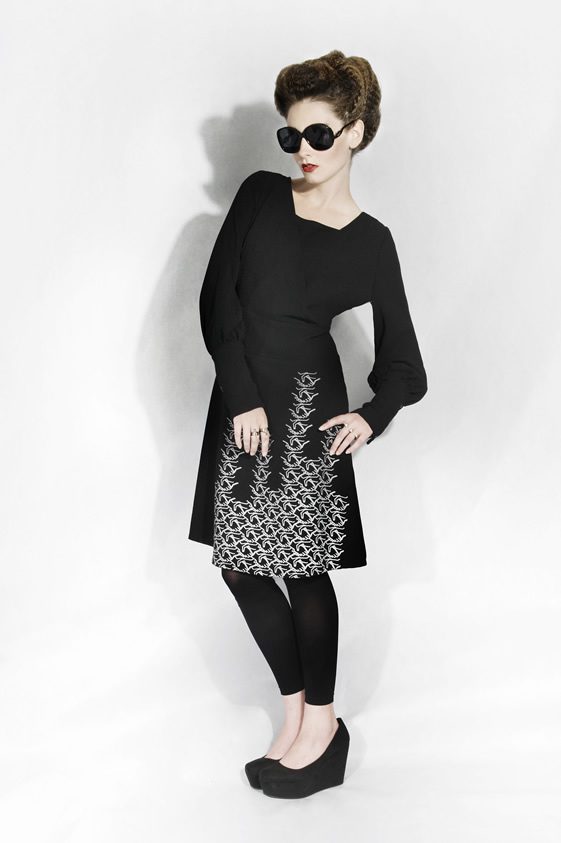 Who inspires you? Who are you role models?

Quite a few. My favourite designer is Gaudi because he made me stop being so insecure about the way I designed. When I was studying I was very worried because my style was a bit weird, a bit quirky.

Product design is supposed to be really minimalistic, really streamlined – beautiful iPod type products… If you’re a bit weird and you get your inspiration from cartoons, it makes you wonder what your chances are in the real world as a product designer.

And yet here was Gaudi who was doing completely bonkers things and being celebrated for it. It was really liberating, because it made me keep doing what I was doing, rather than trying to change the way I designed things, so he’s one of my biggest design heroes.

Other than that my role models are good pieces of design, just objectively good work. Take the Strokes – even if you don’t like that genre, it’s just objectively good music. I want to produce work that everyone can just like. If you’re an artist you don’t need to do that, but as a designer, you need validation and approval from people for your work, so they buy it and you can keep doing what you do. Even Lord of the Rings – it was just perfect – from the casting to the way they pronounce words – I want my work to be that good. Good work is my role model.

I don’t have one. It used to be red, but I haven’t got one anymore. I’m in fashion now, I’m fickle!