From the sprawling Spandau borough to barren Marzahn, experimental medicine research facility Mäusebunker to 1958-built apartment block Corbusierhaus——and a whole host of other brutally beautiful buildings, churches and carparks in between——Blue Crow Media’s latest publication, ​Brutalist Berlin Map, provides an insight into the city’s distinctive range of concrete architecture; the buildings covered erected from the 1950s to today and reflecting what ​architectural historian, Felix Torkar,​ recounts as Berlin‘s “special place in the history of modern architecture.” 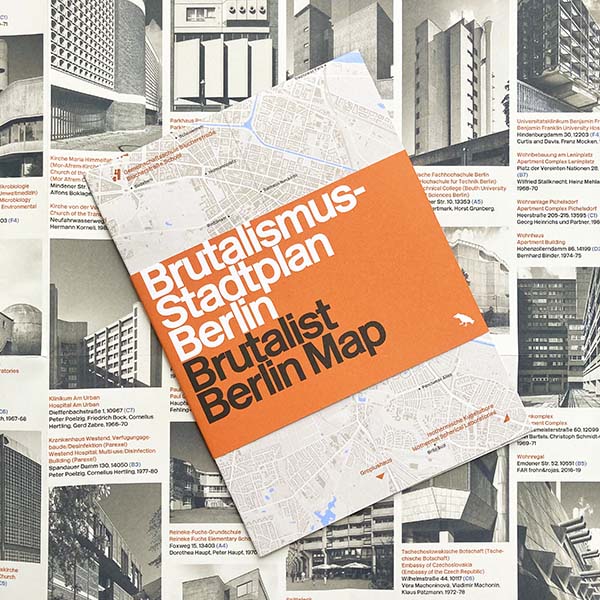 Having written, photographed and compiled the curated guide alongside award-winning Blue Crow Media, Torkar——currently writing his PhD on Neobrutalism at FU Berlin——seeks to ​place Berlin’s brutalist architecture within a fluid historical context, whilst inspiring Berliners to help secure ​these remarkable buildings within their city’s architectural landscape; commenting in his introduction how “sadly, many of the city’s Brutalist buildings are now falling apart or have been extensively renovated or demolished.”

A bilingual (German and English) map and guide that will lead you far off the beaten tourist trail, the Brutalist Berlin Map——the first of two Berlin titles this year for the independent publishers——is designed to inspire future explorations through the city’s unconventional urban landscape. With what Torkar describes as “a growing number of historical protection policies and a new generation of architects building in what could be termed a Neobrutalist style,” there remains aspirations of a brutalist renaissance in the German capital.

Another concise and creatively curated architectural map, another city’s offbeat architecture plotted for culturally minded travellers to uncover; Blue Crow Media’s ongoing mapping of inspirational aesthetics around the world receives yet another winning string to its bow in Brutalist Berlin Map. Available now direct from the London-based publisher. 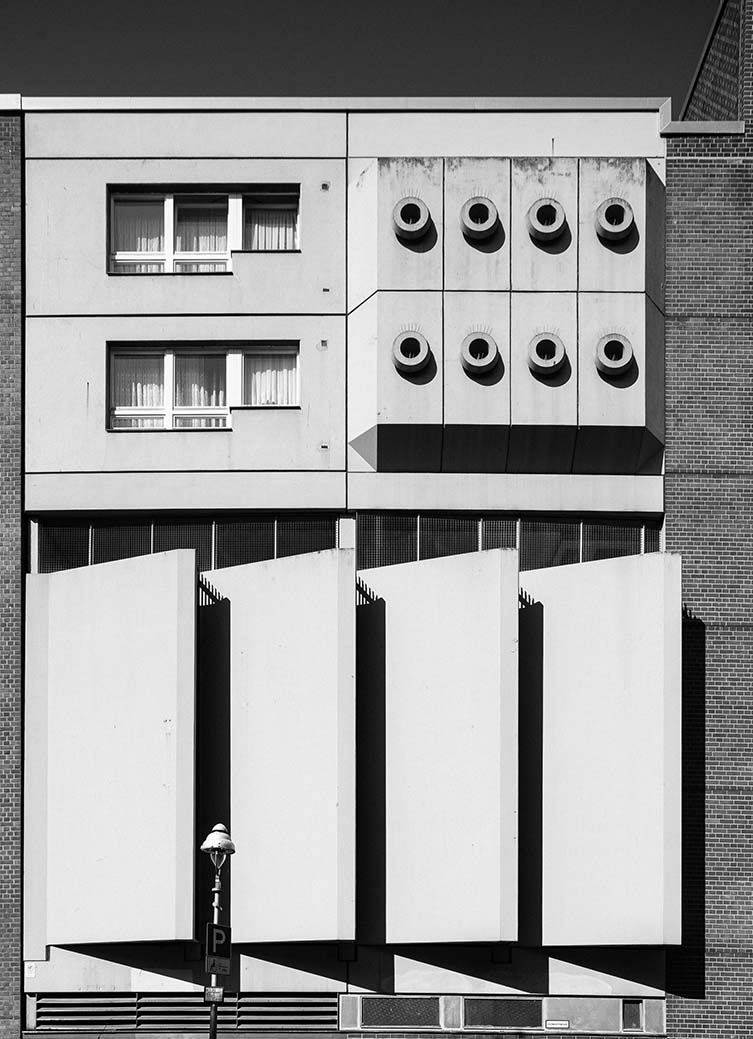 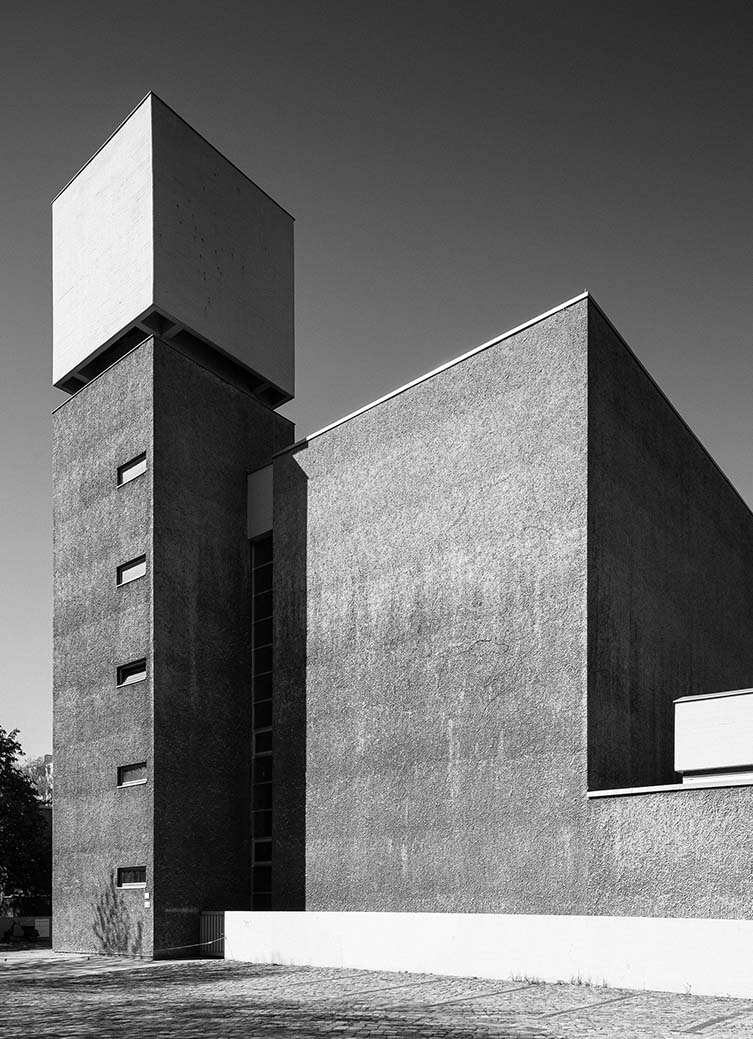 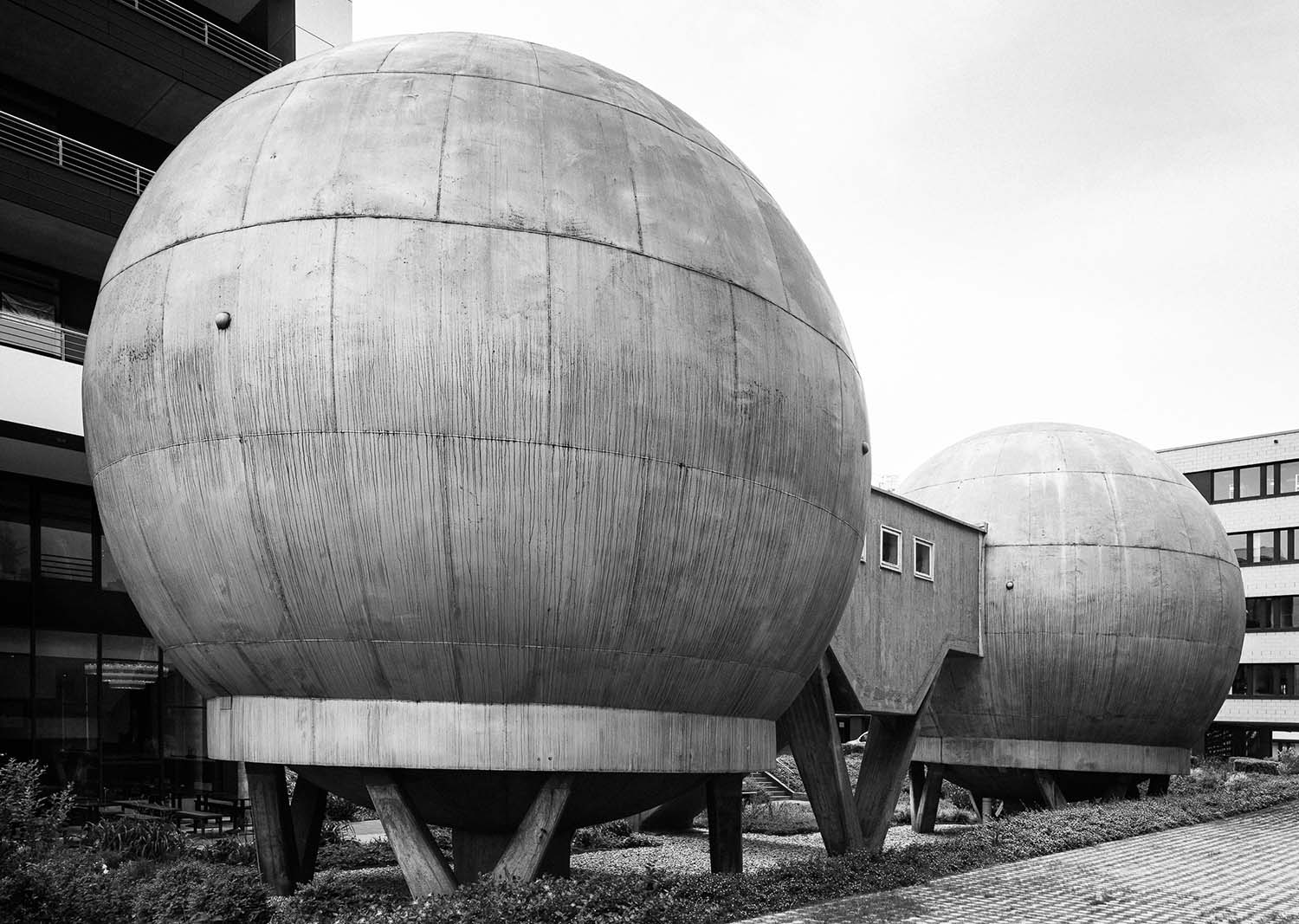 Isothermische Kugellabore, Horst Welser, 1959-61
The Isothermische Kugellabore were research laboratories for metallurgic experiments that required stable temperatures. Although the shape was purely devised based on technical specifications, the result amounts to what is essentially a large-scale sculpture.
© Felix Torkar for Blue Crow Media. 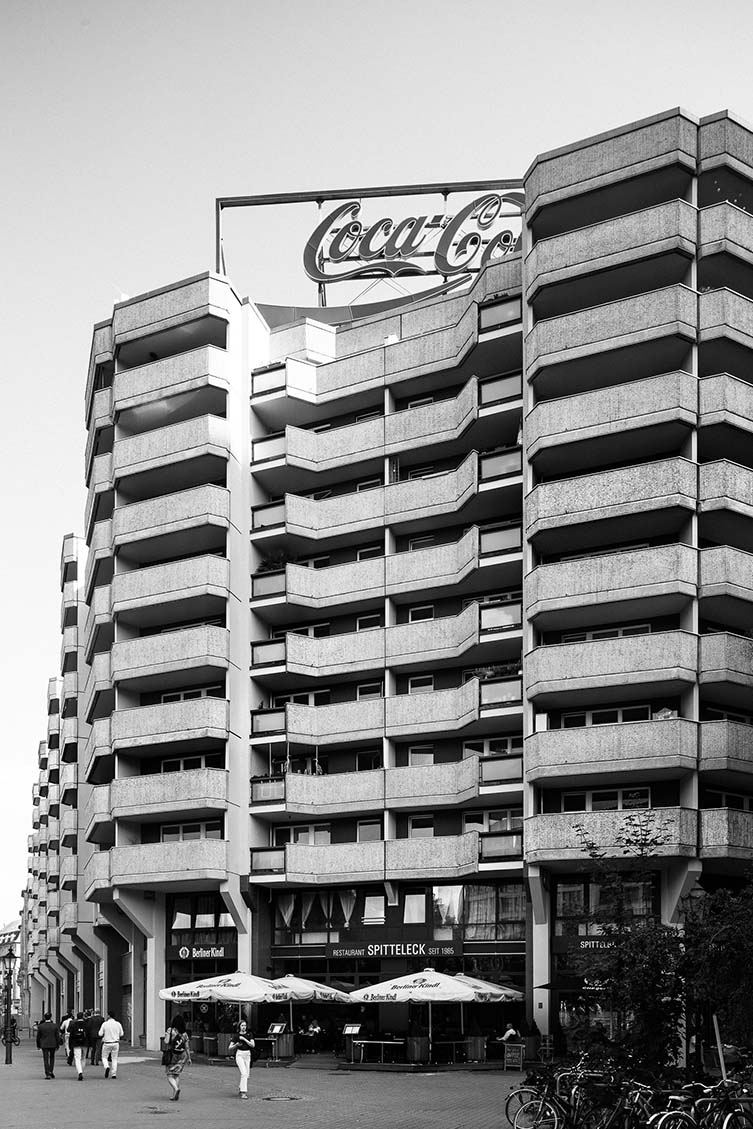 Spitteleck, VEB Bau- und Montagekombinat (Eckart Schmidt), 1980–85
The Spitteleck is one of the few brutalist buildings built in the former GDR. Architect Eckart Schmidt demonstrated how prefabricated elements don’t have to be monotonous, but rather can be used to striking sculptural effect.
© Felix Torkar for Blue Crow Media. 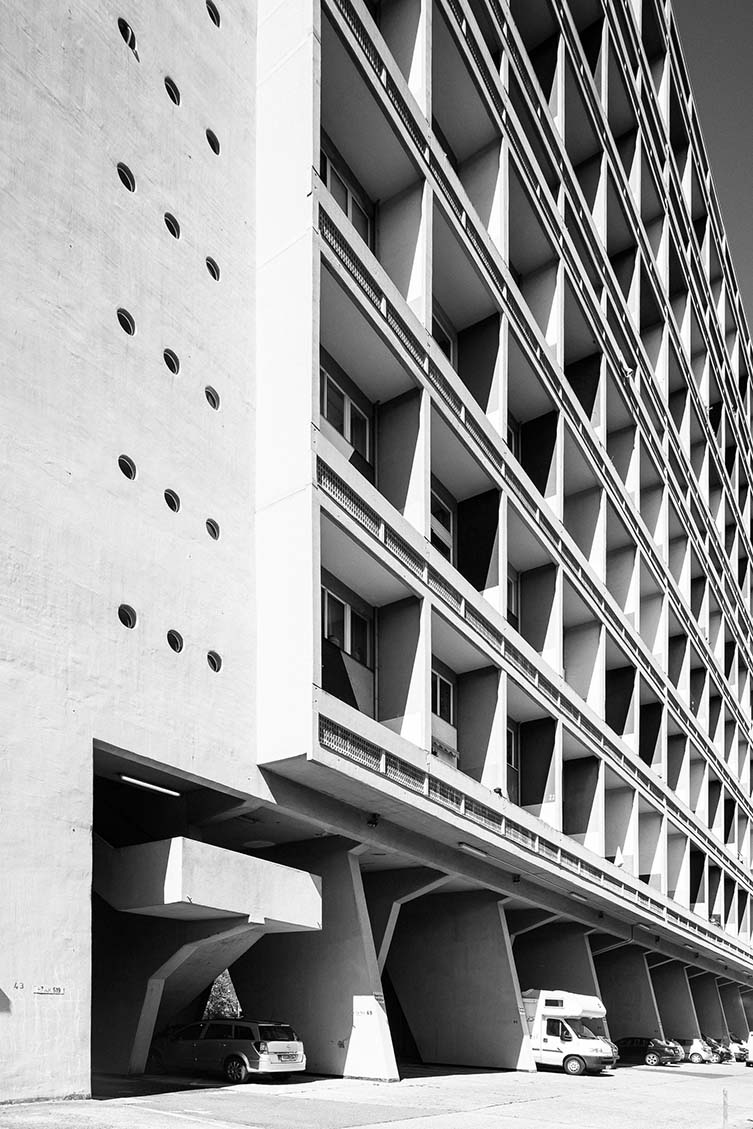 Corbusierhaus, Le Corbusier, 1956–58
Le Corbusier’s Berlin variant of his iconic Unité d’Habitation social housing behemoth deviates from its sister buildings in France: thanks to German building codes, the apartments ended up quite a bit taller and roomier.
© Felix Torkar for Blue Crow Media. 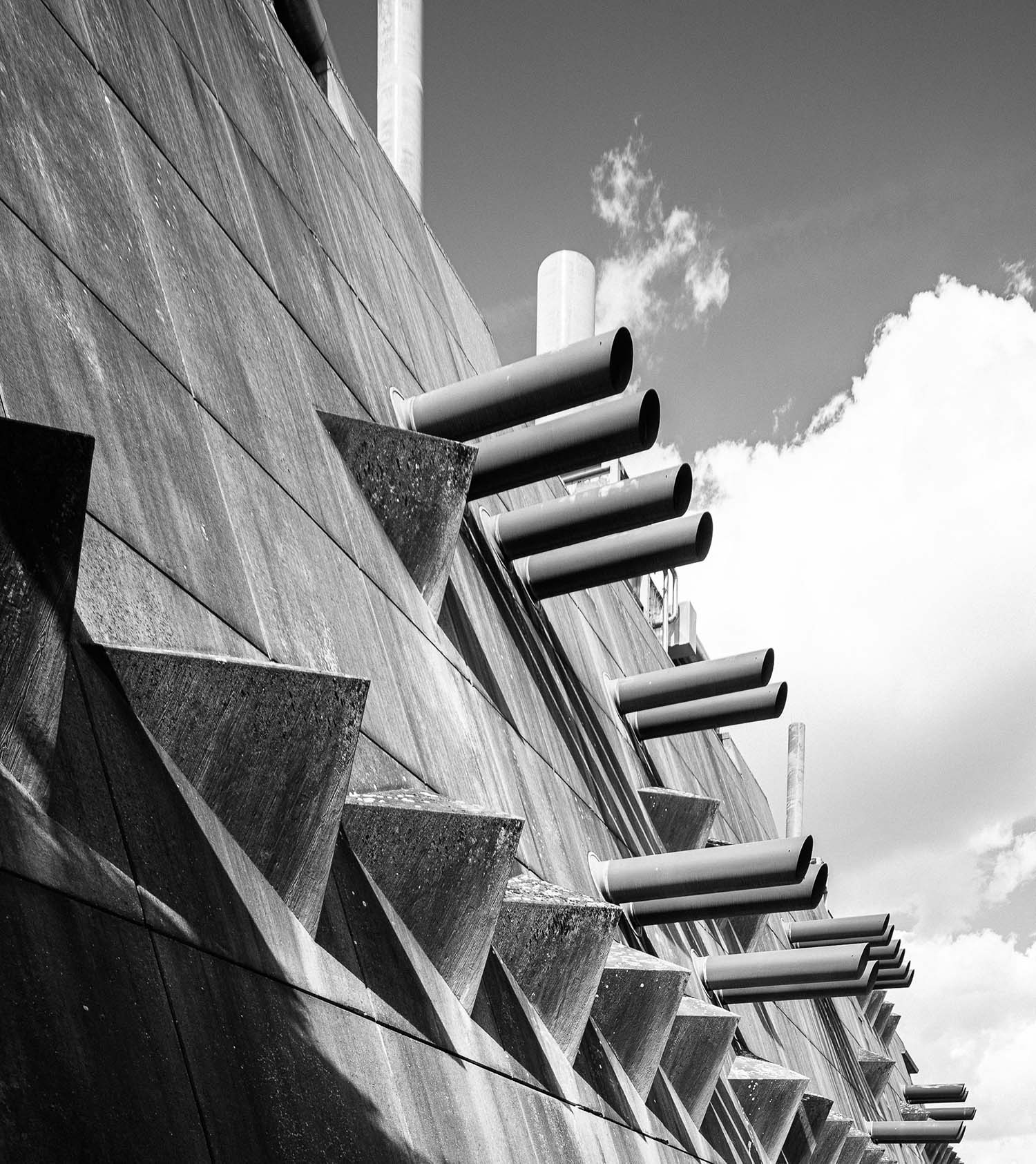 Zentrale Tierlaboratorien “Mäusebunker”, Gerd Hänska / Magdalena Hänska, 1968–81
With their battleship-like exterior, the former animal testing laboratories of the Freie Universität Berlin demonstrate how strict rationalism can lead to surprisingly spectacular forms. Despite its remote location, it might be Berlin’s most photographed brutalist monument. While public outcry has stopped last year’s plans for demolition, its future remains unclear.
© Felix Torkar for Blue Crow Media. 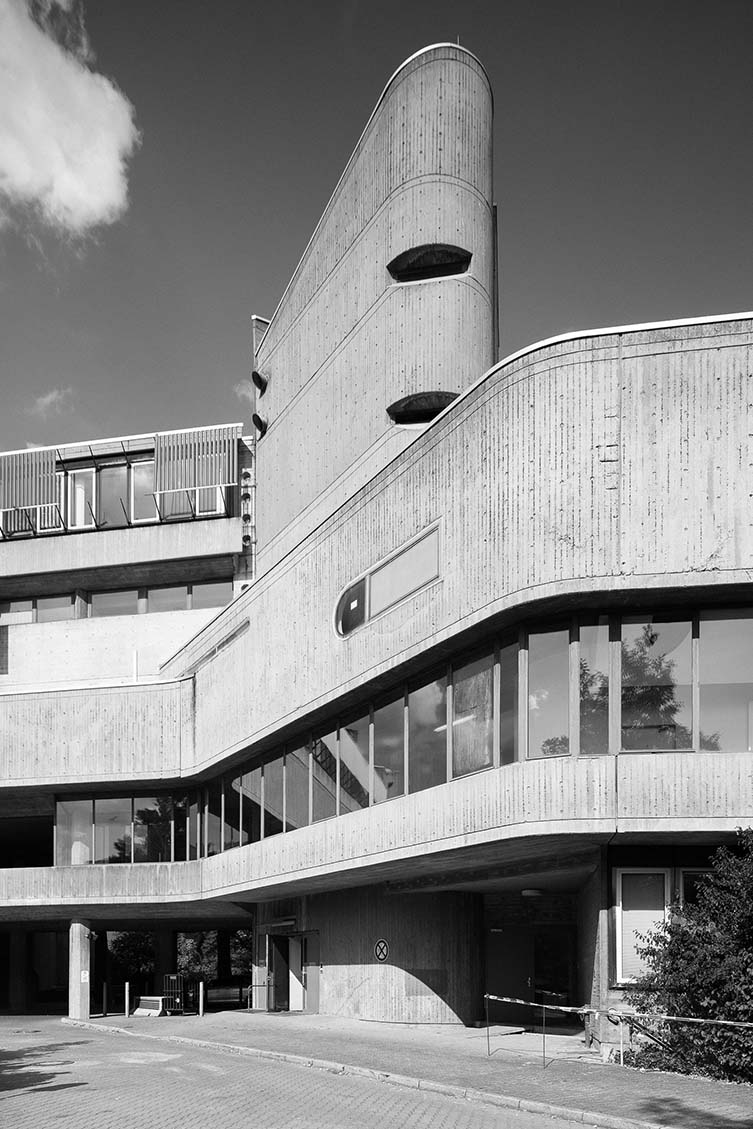 Institut für Hygiene und Mikrobiologie, Fehling+Gogel, 1966–74
The Institut für Hygiene und Mikrobiologie is one of Berlin’s finest examples of organic brutalism. Its spectacular, sweeping curves represented the pinnacle of cast-in-place concrete construction at the time it was built. As a result, it has held up remarkably well and remains virtually unchanged today, almost like a time capsule.
© Felix Torkar for Blue Crow Media. 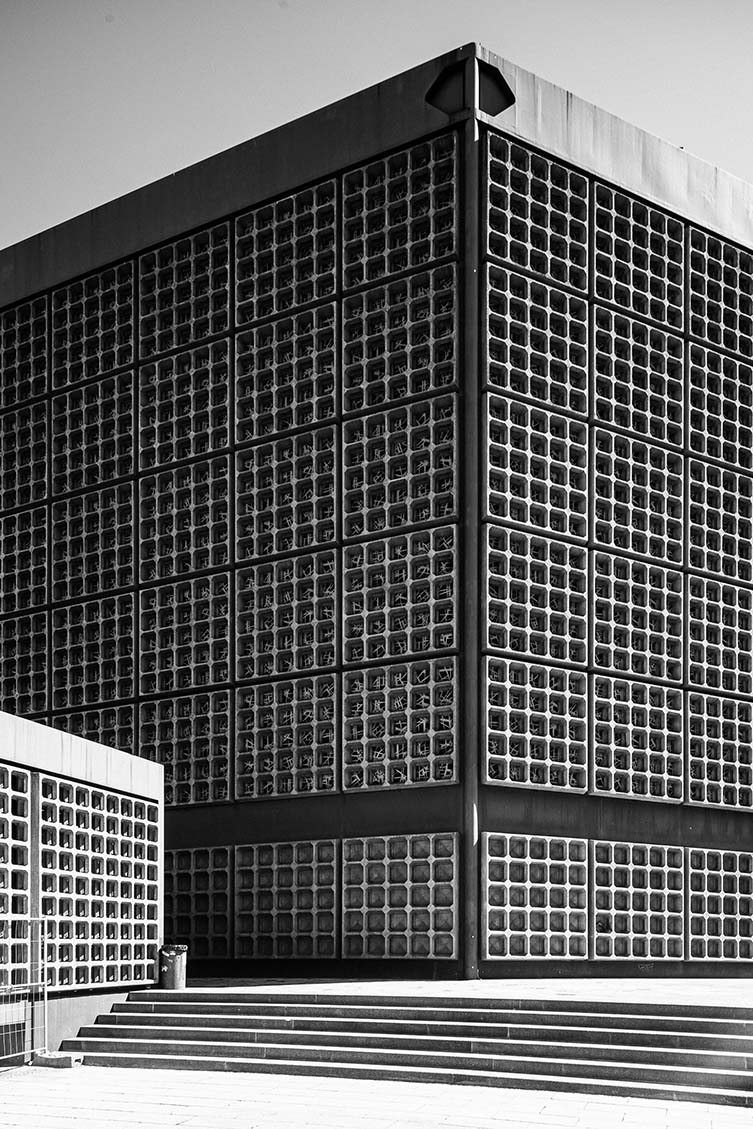 Kaiser-Wilhelm-Gedä chtniskirche, Egon Eiermann, 1957–61
In one of Berlin’s most hotly debated post-war reconstruction projects, Egon Eiermann left the partially destroyed Kaiser-Wilhelm-Gedächtniskirche in its ruined state. Instead of restoring the remains, he flanked them with three new, radically minimalist structures, which have since become iconic in their own right.
© Felix Torkar for Blue Crow Media.