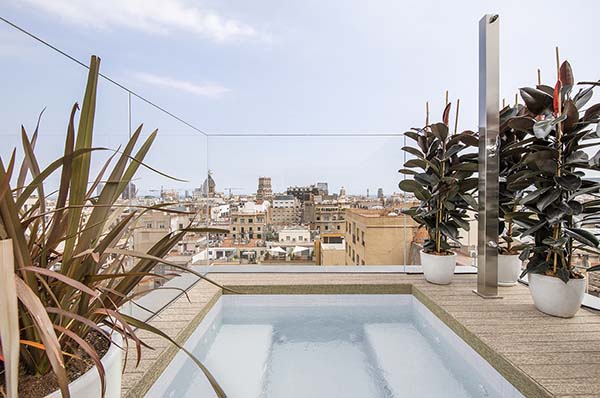 Designed with the dry Mediterranean climate of Barcelona in mind, the 80m2 design apartment aptly named Sun and Shadow—provides almost 360 degrees of the Catalan capital, with its rooftop location enabling guest to be seduced by the sea, city below, and mountains above.

Lifestyle can shift effortlessly between indoor and outdoor; more than a third of the total area having been dedicated to its terrace, an idyllic spot from which to take some rays or unwind in the jacuzzi before cooking up a storm on the BBQ. Typical Catalan handmade clay is found throughout the one bedroom design property, as is natural oak wood—which serves to complement the largely white colour palette.

Throw into the mix handfuls of lush greenery, a perfect pinky-peach central sofa, and a fireplace located on the façade which allows you to make the most of all seasons by enjoying it from both inside and outside, and in Sun and Shadow design-savvy travellers in search of the home-from-home experience will find their idyllic city crash pad. 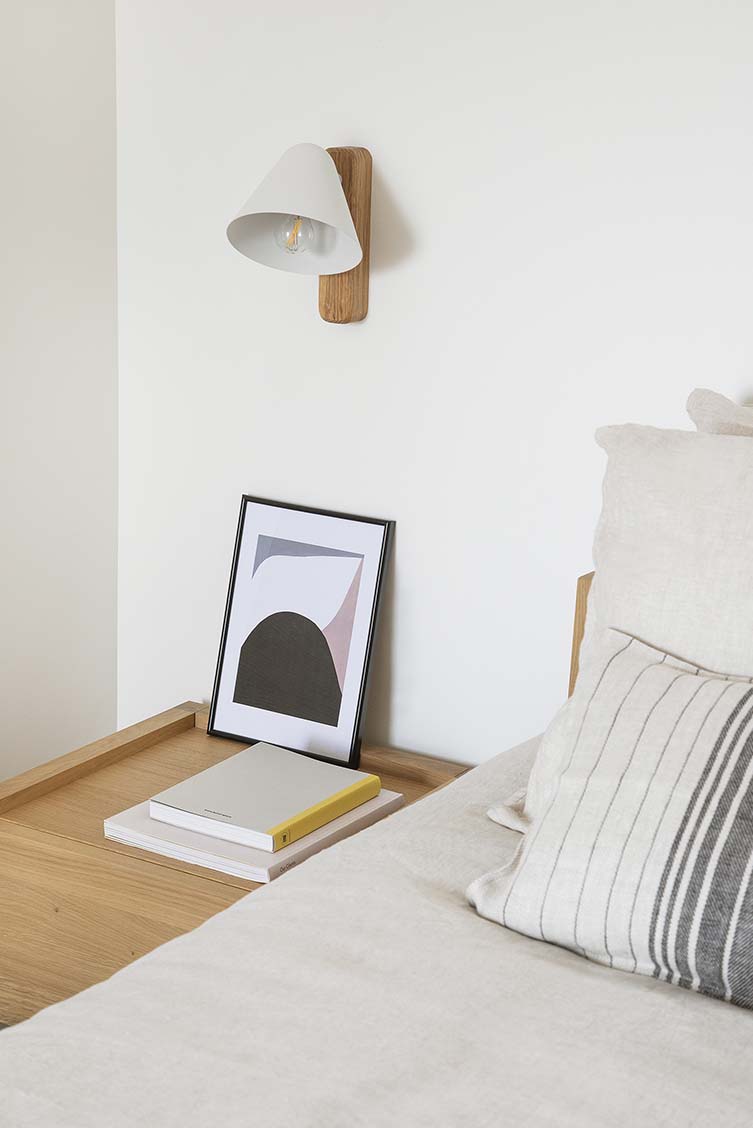 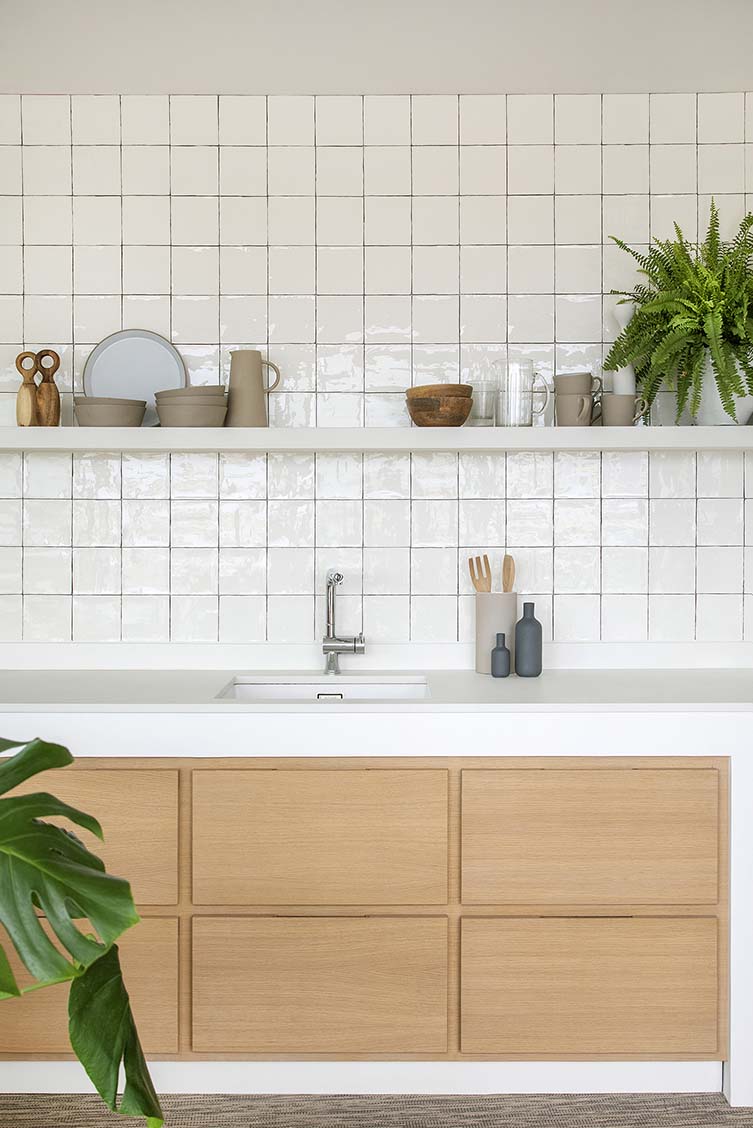 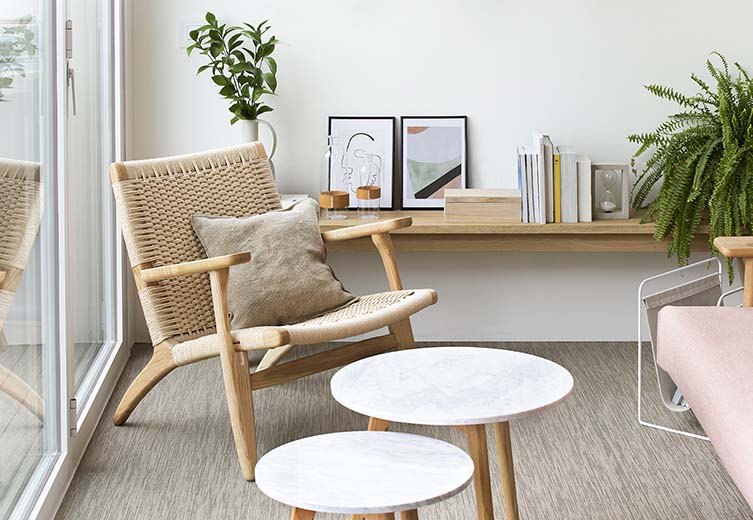 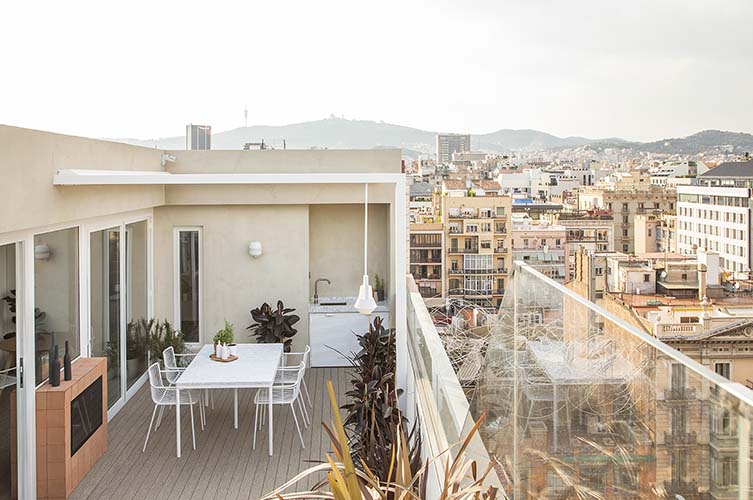 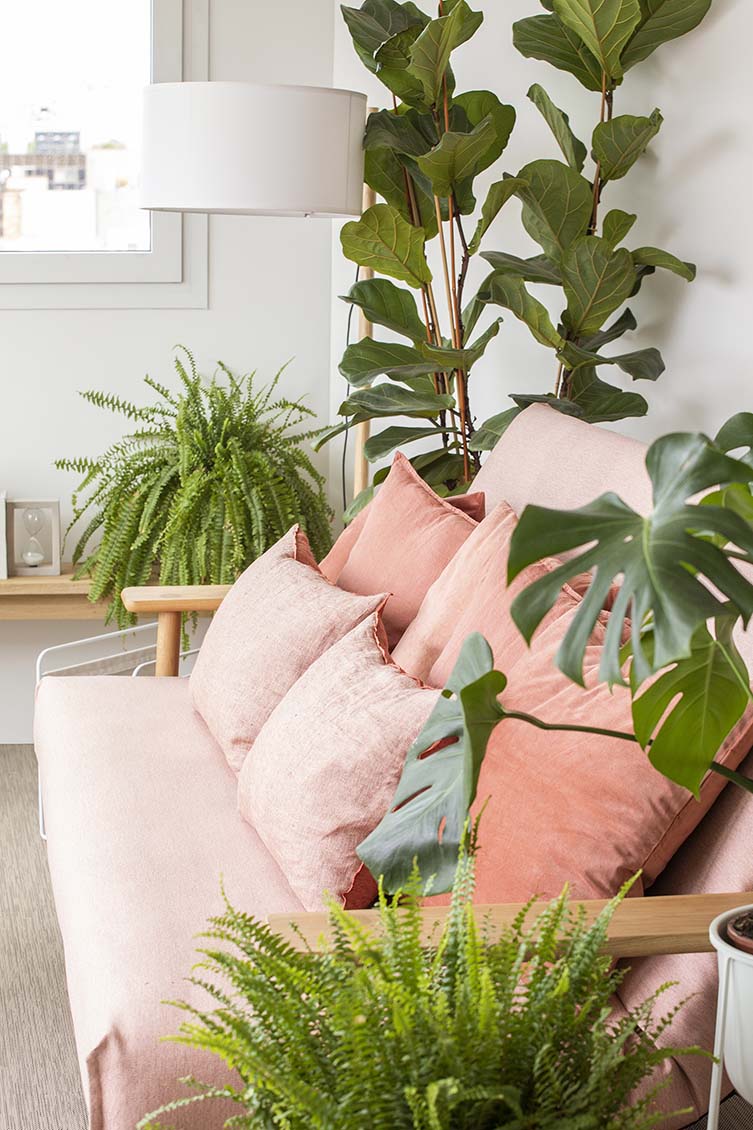 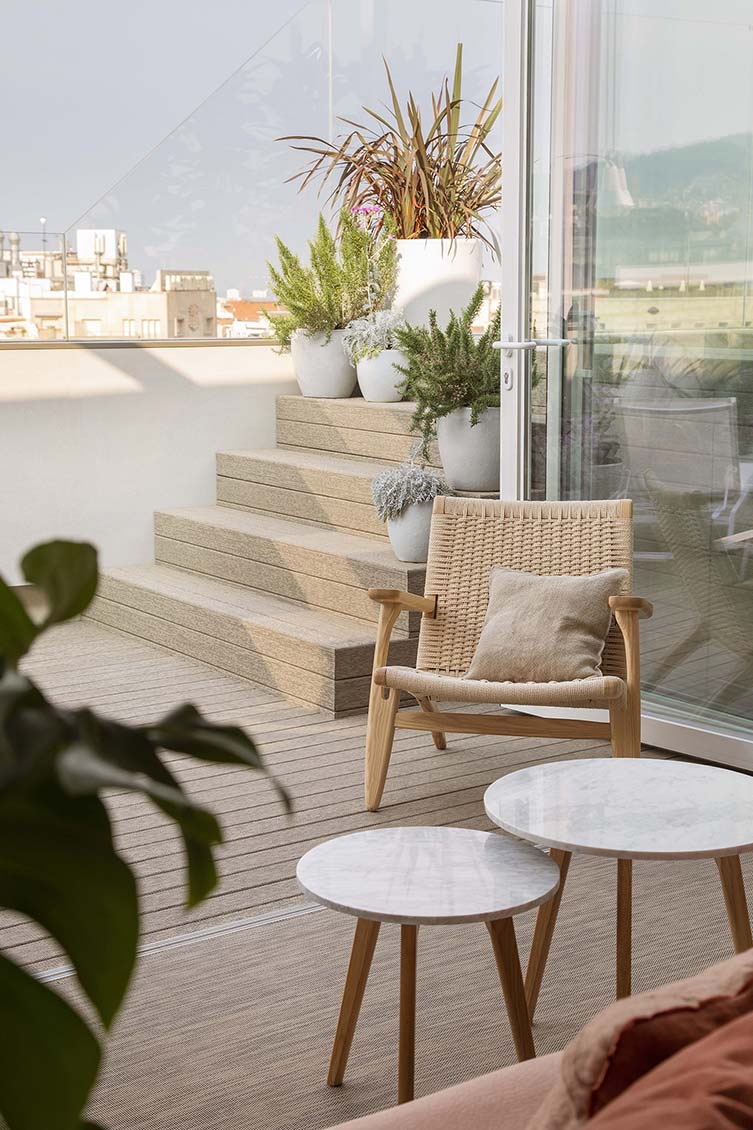 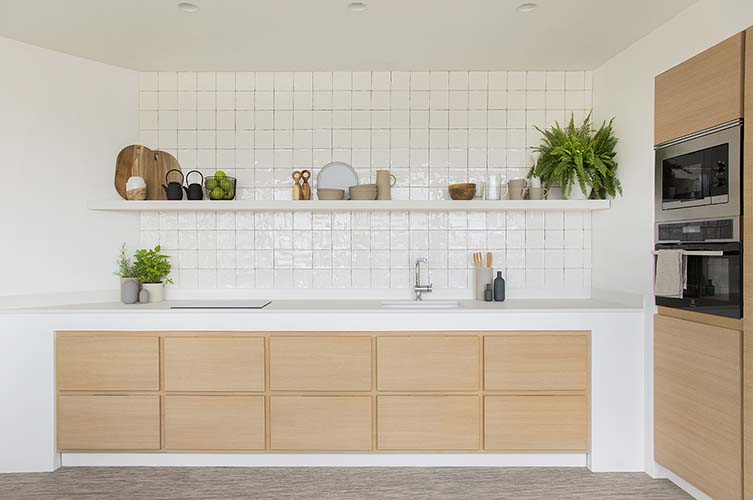 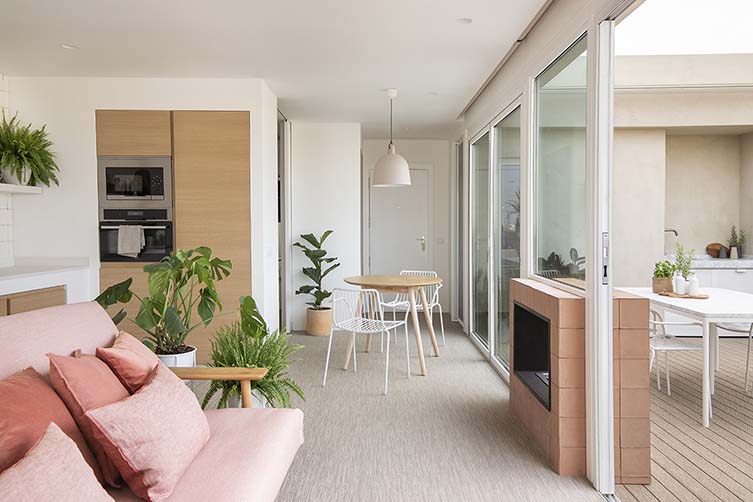 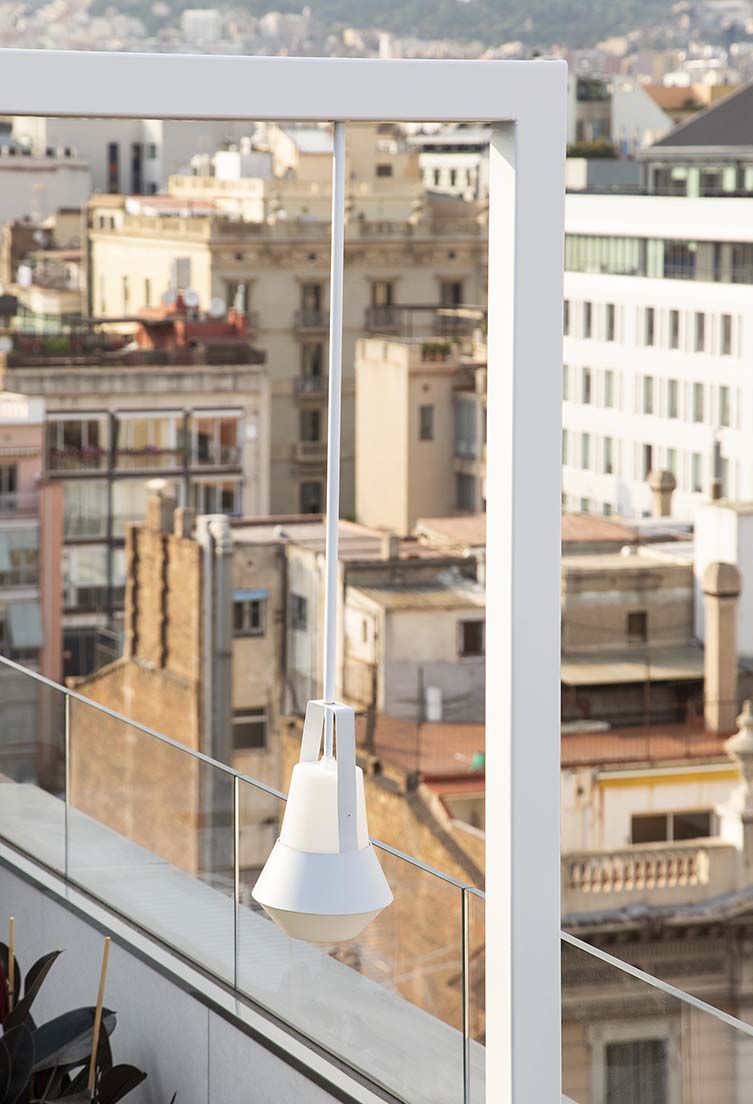 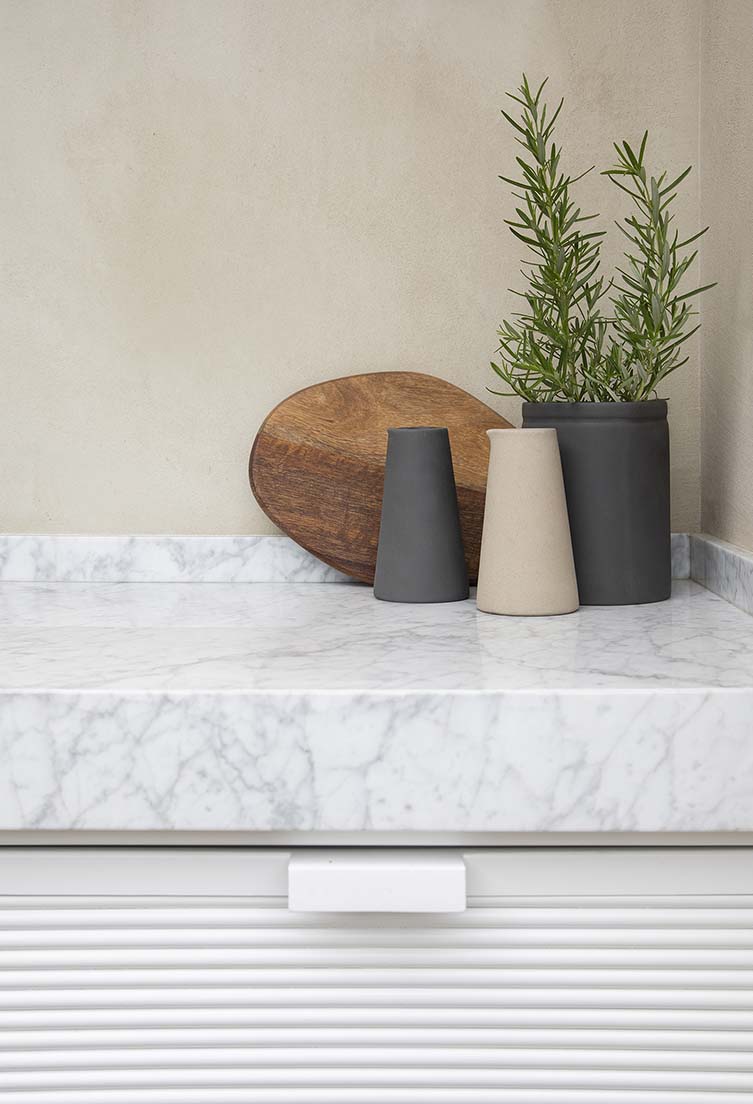 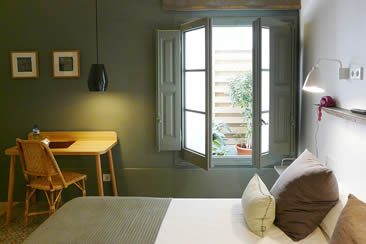 Mi casa es su casa: Assumpta Baldó's is a home away from home in the heart of bustling Barcelona...

Behind the imposing façades of the Eixample district lies a well kept secret: Casa Mathilda. One of the new bed and breakfast boutique hotels that have recently popped up in the Catalan capital, Casa Mathilda offers a welcoming, homely stay in the... 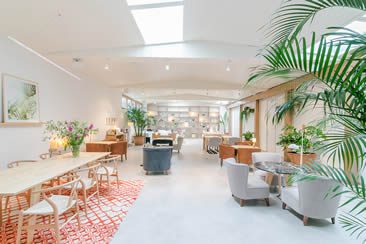 Some hotels carry the names of their owners, others the past life of the building they now occupy, Margot House takes its cue from an altogether more whimsical source: one of the main characters of Wes Anderson’s The Royal Tenenbaums. Describing... 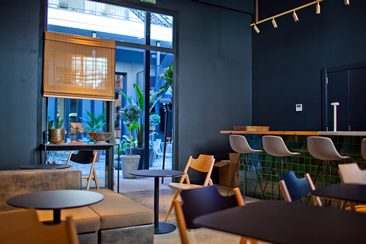 There's no need to go dashing about once you've settled in at Barcelona's Hotel Brummell...

International influences abound at Barcelona's Hotel Brummell thanks to the mix of creative influences that had a hand in bringing the venue into being. Australian-born, Barcelona-based design duo Blankslate are responsible for the eclectic... 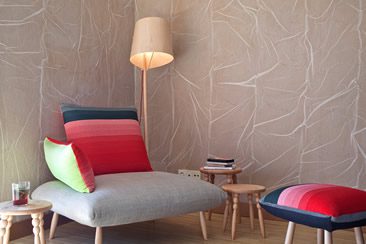 Stylish pied-à-terre is a subtle and secluded treat high above the Catalan capital's chaotic streets...

A sleep deprived 72 hours at Sónar 2013 having finally taken its toll, we upped sticks from our L'Hospitalet de Llobregat outpost and dragged our weary selves onto the living quarters we'd be occupying for the next two days; the delightfully small...