Taking its name from a rare Thai citrus fruit, som saa is a name not so unfamiliar to those with a keen interest in the London dining scene. Indeed, where many would be unacquainted with the exotic citron, the London eatery of the same name raised over £700,000 in three days of crowdfunding; the former pop-up has made some name for itself in the capital. 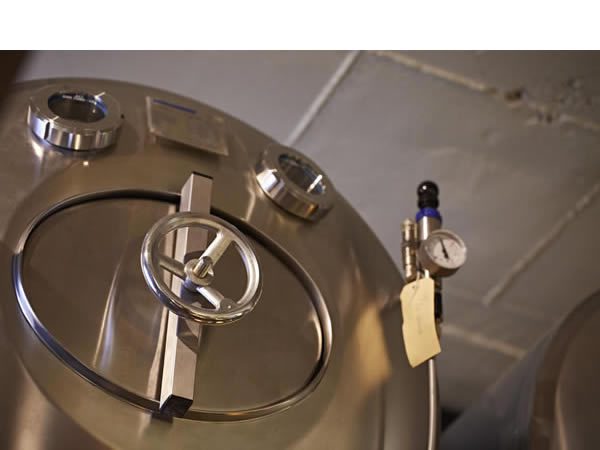 The result of the crowdfunding comes in the shape of Andy Oliver, Mark Dobbie, and Tom George’s first permanent space; som saa having made its name as a Peckham pop-up, before moving on to a year-long residency at Climpson’s Arch in London Fields. What’s sent London food fiends into a tizz? Old-style Thai cooking, with a focus on lesser-known dishes, techniques, and ingredients — that is what.

From humble beginnings, the trio now find themselves just a rare citrus fruit’s throw away from Spitalfields Market, in a handsome old fabric warehouse; a space designed in collaboration with Coriander Buildings that respects its former life, adding some touches of South East Asia, and a lovely beer tank setup that sees Camden Town Brewery’s unpasteurised, unfiltered pilsner shipped directly from their brewery for a beyond fresh taste that is as close as you’ll get to opening up a fermentation tank.

Co-head chefs Andy Oliver and Mark Dobbie started their adventure in 2009, meeting in the kitchen of Michelin-starred Nahm; before Oliver headed off to the highly regarded Bo.Lan in Bangkok, Dobbie taking over as head chef at New York’s Pok Pok. Naturally, som saa has won plenty of praise, and its new dedicated bar and 80-cover dining room will see the Thai soaring to new heights. 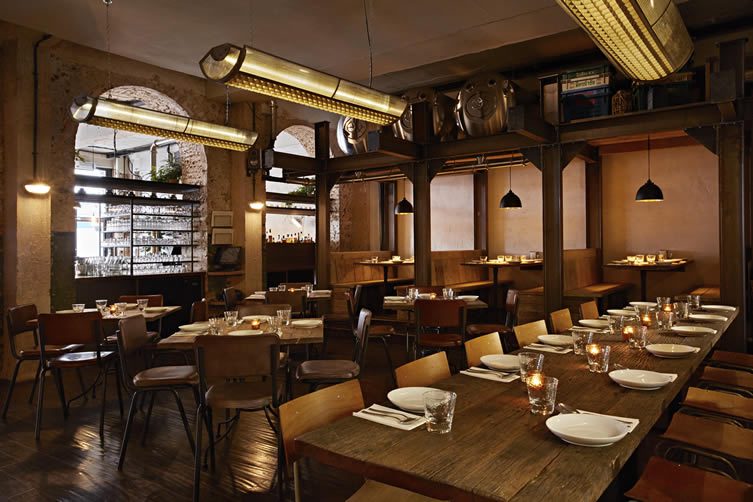 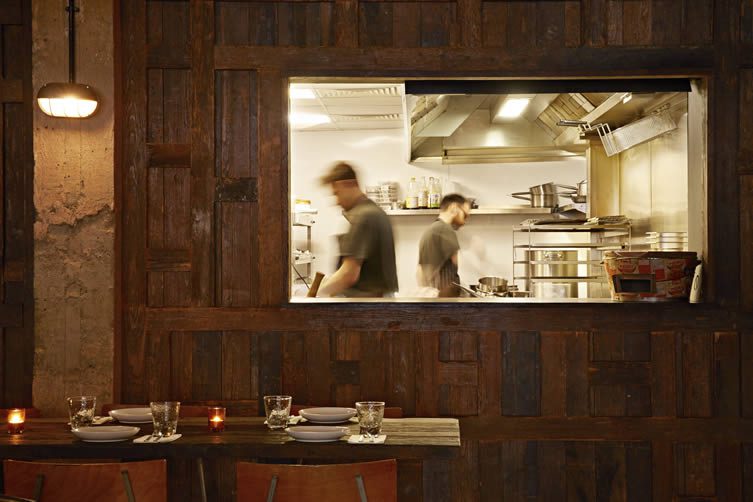 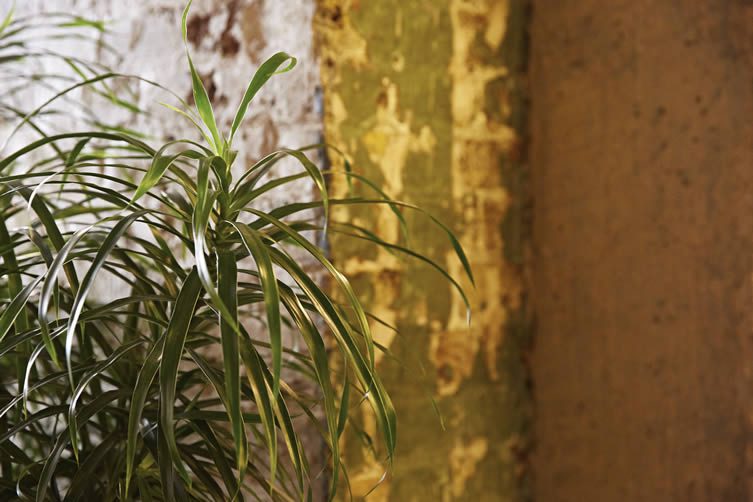 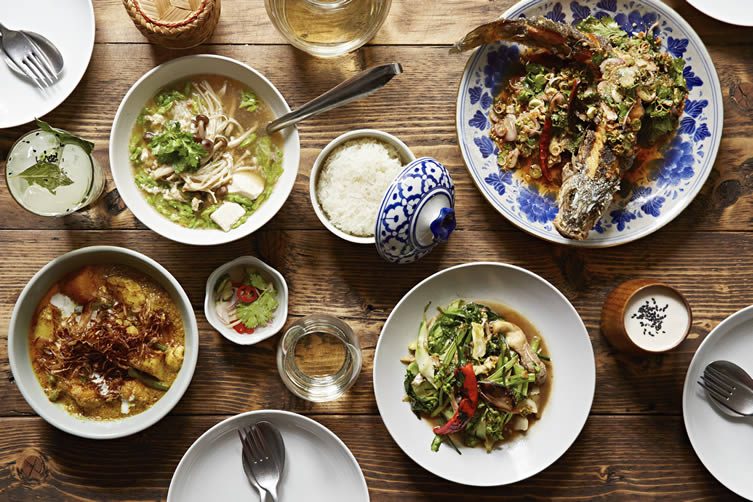 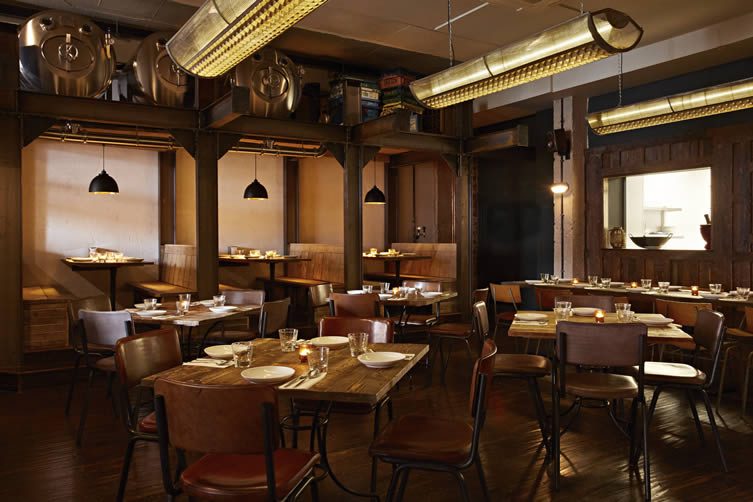 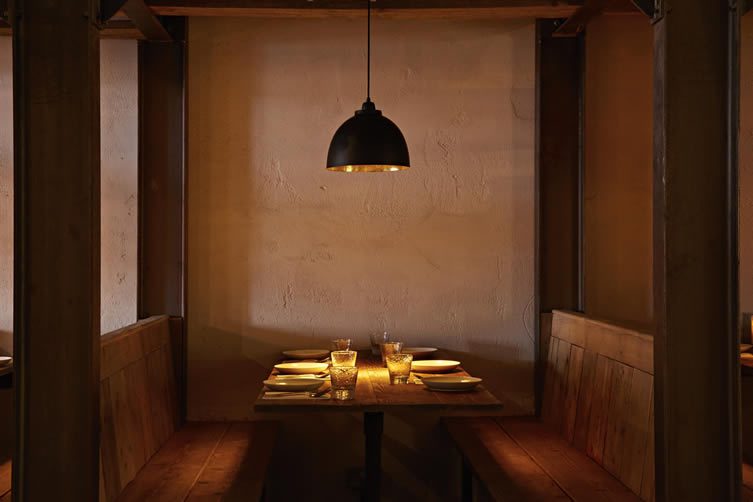 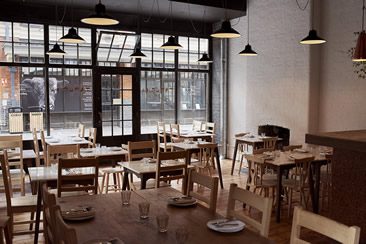 East London welcomes the best that Portugal has to offer with the arrival of acclaimed chef Nuno Mendes' Taberna do Mercado to the Old Spitalfields Market. The dishes, the wine, and much of the interior comes from the Iberian country, with a small... 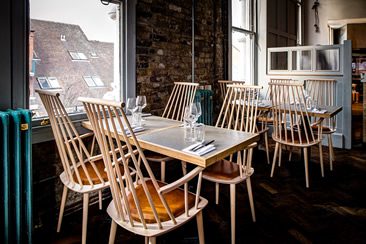 The Culpeper in Spitalfields, London, recently opened its first floor restaurant kitchen — the four-floor building dates back to 1884 and takes its name from the renowned 17th century herbalist, botanist and physician Nicholas Culpeper. The... 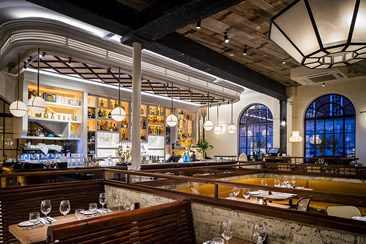 Chances are your local branch of Natwest looks nowhere near as good as this former bank alongside Old Spitalfields Market in East London. The Brushwick Street building is now home to Blixen, a European-style brasserie that evokes a time before... 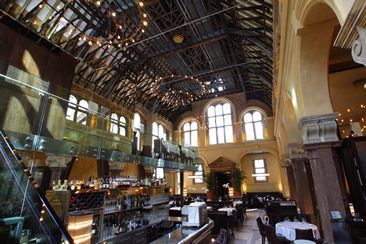 In the historic quarter of London’s Spitalfields resides one of Galvin Restaurants' lesser known gems. Unless you’re a banker or read certain foodie guides, you’re likely to miss this coveted French cuisine beauty. I say beauty and I mean it,...