Proving that critically-acclaimed art doesn’t necessarily have to be impenetrably high concept, Erik Porstmann deliberately chooses to work in one of the most familiar genres — one that will connect with every viewer who ever enjoyed a bedtime story. The Mainz artist paints in the style of children’s book illustrations of yesteryear, and his layering of innocence with dark yet subtle undercurrents earned him a place on the finalist shortlist for this year’s BLOOOM Award by WARSTEINER.

“It was a great experience to get into the top 10 of the BLOOOM Award by WARSTEINER,” Porstmann tells us. “It was the perfect platform to present my work to a wider audience, and great to spend a week getting to know many other artists from around the world, their insights and experiences in their respective countries, and the different ways they go about their art.” What made him decide to enter the competition? Quite simply: “I was convinced about the message and the quality of my Kinderbilder series.” And he has good reason to be convinced. 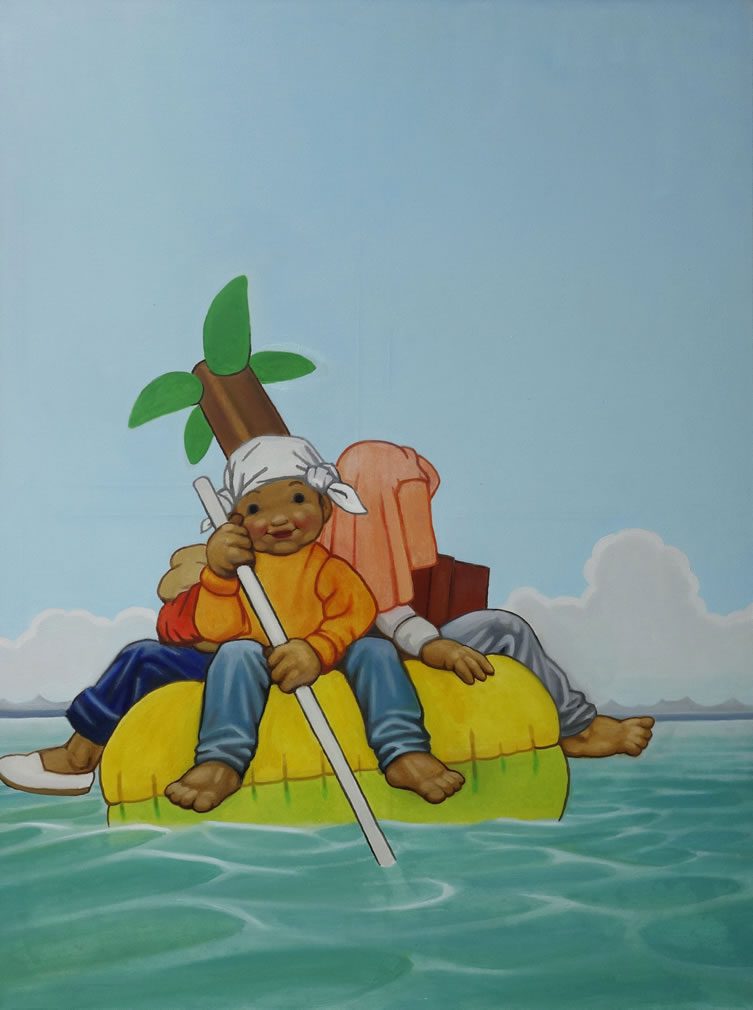 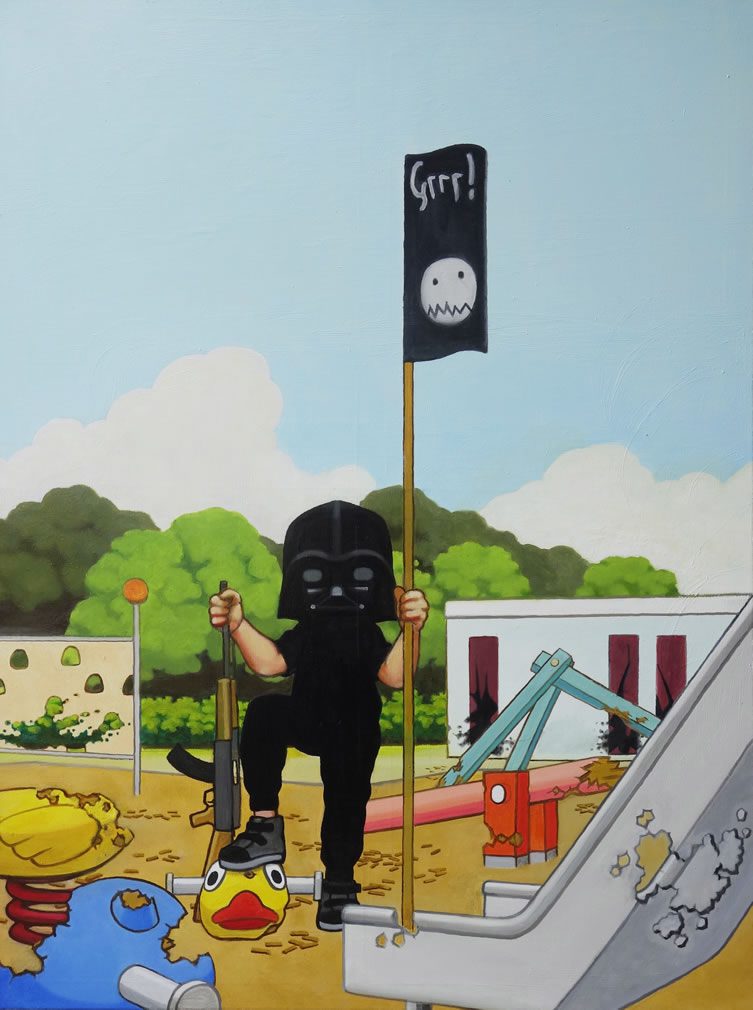 In his Kinderbilder series, Porstmann’s doll-like figures evocatively recall post-war children’s illustrations. While the menace of some scenes is blatantly clear, in others a casual observer may not pick up on the plot twists at all; the warplanes flying over a country house as a housewife cheerfully hangs the washing out. The bombed out house in the background as a mother walks her baby by the duckpond.

“For me, there is no better disturbing combination than hiding the evil behind the pretty,” he said. “Our modern, western world is getting more and more superficial but behind the pretty façade, there is cruelty, inequality, corruption. I would like to make people aware and think about deficits, hate, fears, disillusion, angst in the world by looking at my works,” he told us. “Art (and the artist) is part of the world, and has the responsibility to deal with it.” 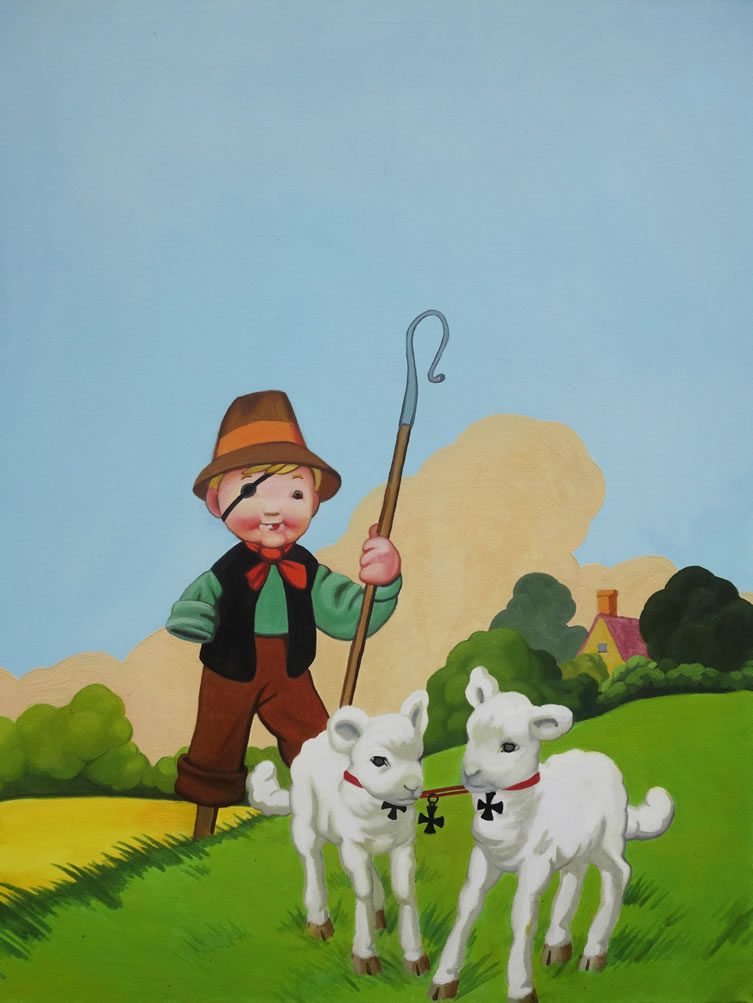 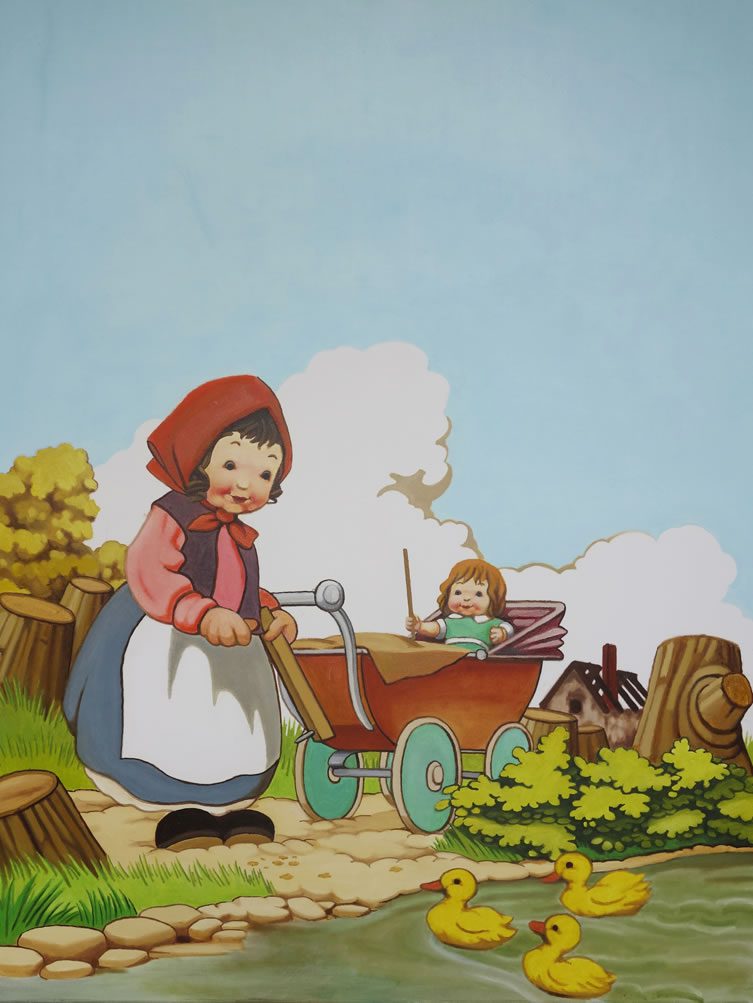 The accessibility in his imagery is also important to Porstmann. “Keep it simple,” he said. “Art is made to be shared. Paintings need to be understood by as many people as possible. I don’t have any secrets.”

There’s certainly no shortage of negativity in today’s world, providing Porstmann with more material than one man can address. How does he decide on what to commit to a blank canvas?

“Sometimes the idea comes first and the second step is then to search for the appropriate items to realise it,” he explained. “Sometimes accidental encounters give me a bigger or a special idea and then looking for more details can lead you to new ideas again. Well, that’s how it works and actually I always have too many ideas or pictures in my head and not enough time to realise them all.” 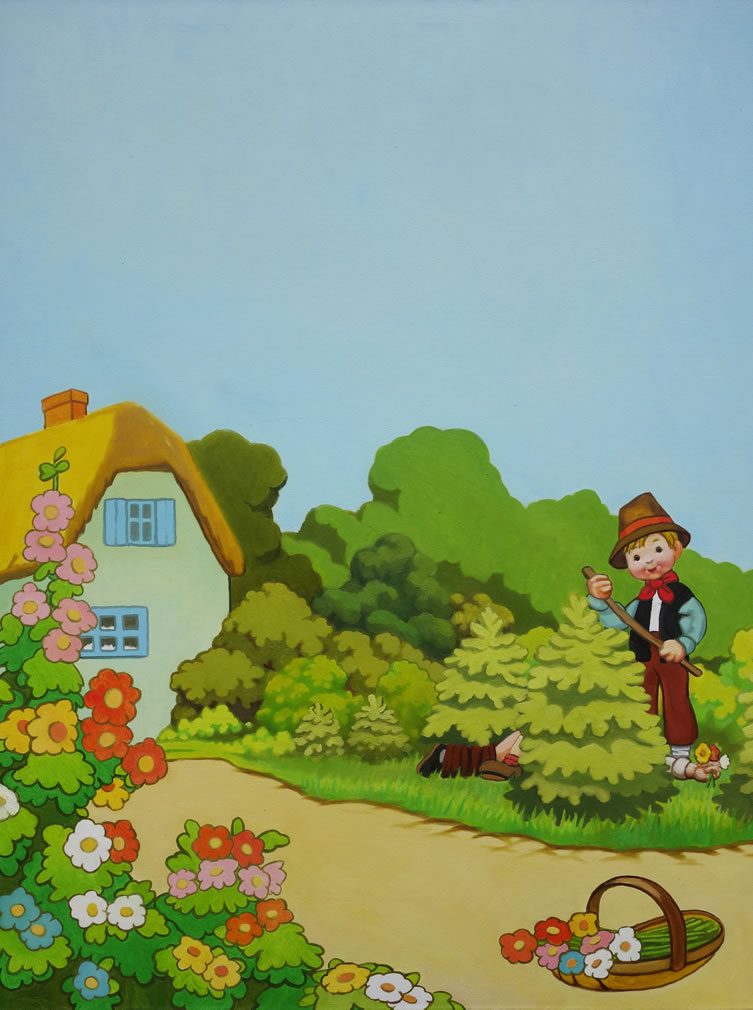 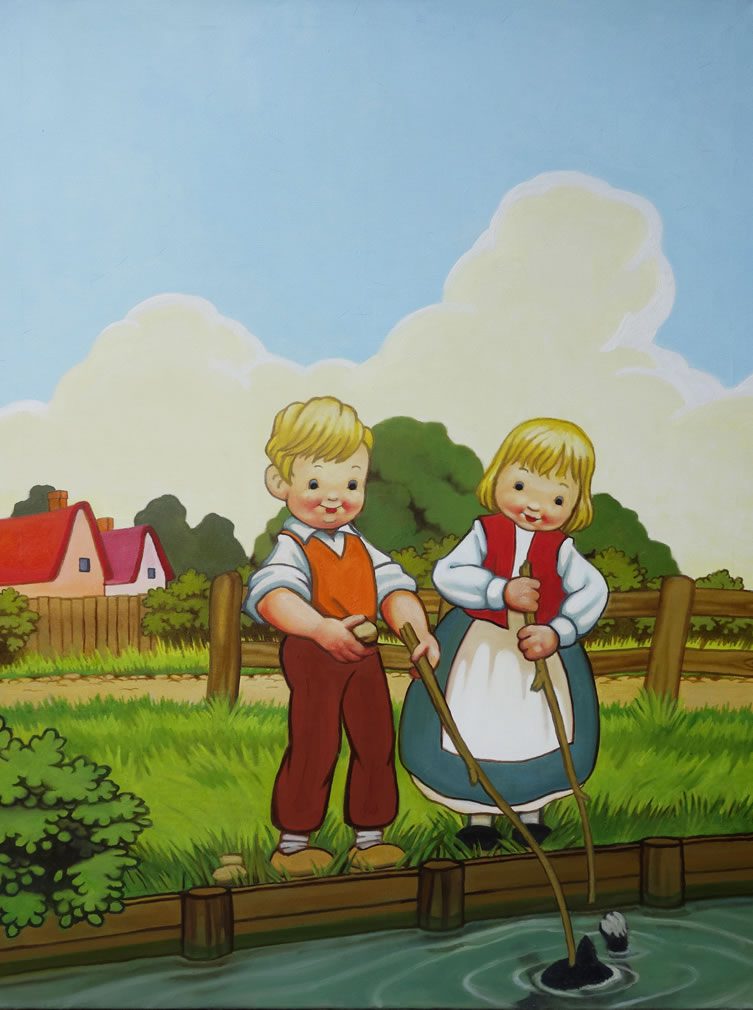 In fact, Porstmann is currently working on more works to complete the Kinderbilder series, as well as beginning a project to combine the Kinderbilder aesthetics with hyper-realistic drawing in larger formats and another computer-based project. Porstmann sees no reason why his present motivations will not continue to inspire him as he looks ahead to the next few years.

“There will still be someone to blame and something to claim,” he said. “Ideally, I would like to be able to make my living fully on being an artist in the near and far future and be able to say ‘I’ve got the skills to pay the bills’.” 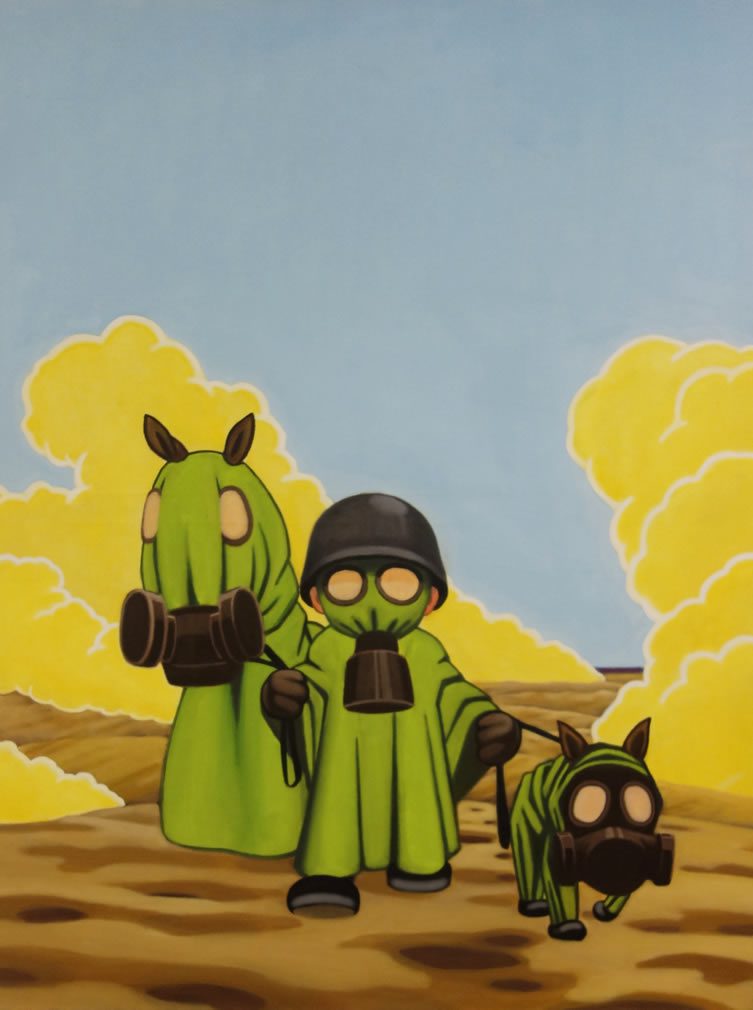 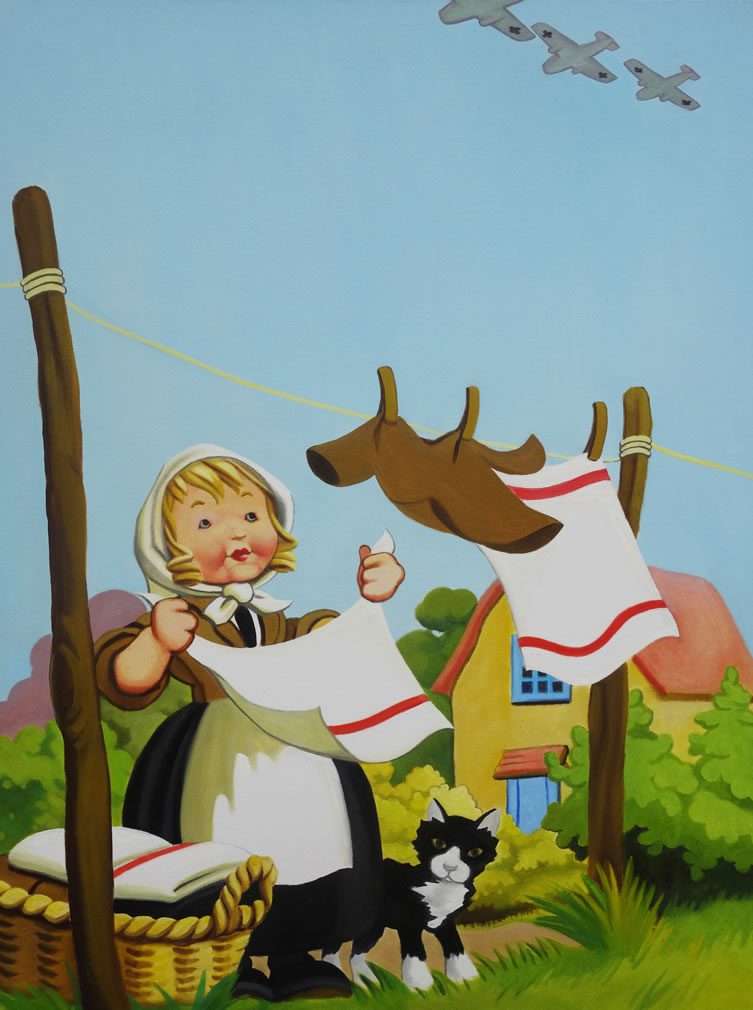