Don’t listen to that dickhead Donald Trump, there are some good things happening at the Mexican border. When Thomasina Miers and Mark Selby from Wahaca toured the border states of the US, they found a culinary cross-pollination of ingredients and techniques; Mexican spices infusing the food to the north, and beefy American flavours influencing the dishes on the Mexican side of the road. The Wahaca tour also included an in-depth exploration of Mexico City, aka the Distrito Federal, and led to them launching last year’s hit pop-up DF Mexico at the Old Truman Brewery. 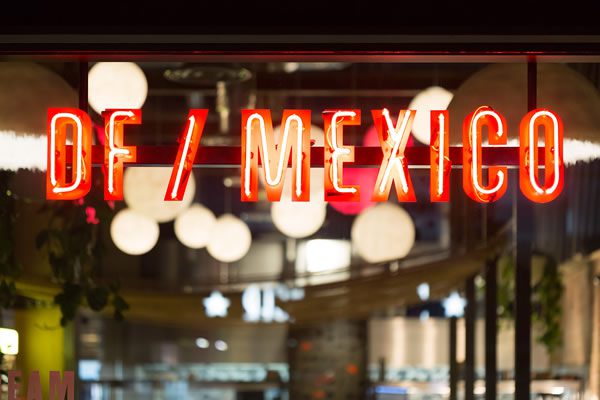 The once-temporary experiment has cemented a place in the hearts of London foodies and DF Tacos is now a permanent fixture following the opening of this Tottenham Court Road branch. Design studio Softroom has added the visual spice with their vibrant interior, marked by a liberal smattering of graphics, lightbox signage, bold colours and a fun geometric floor pattern. 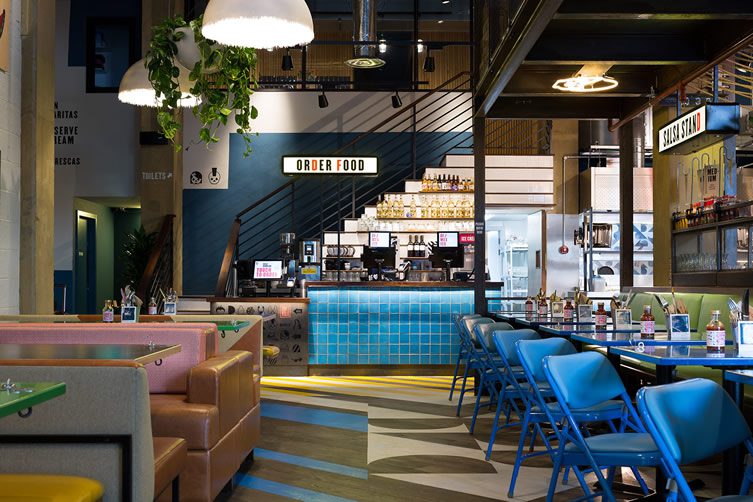 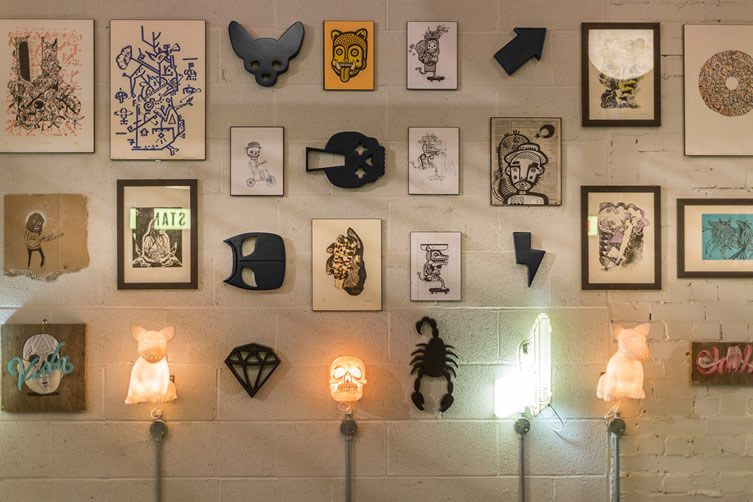 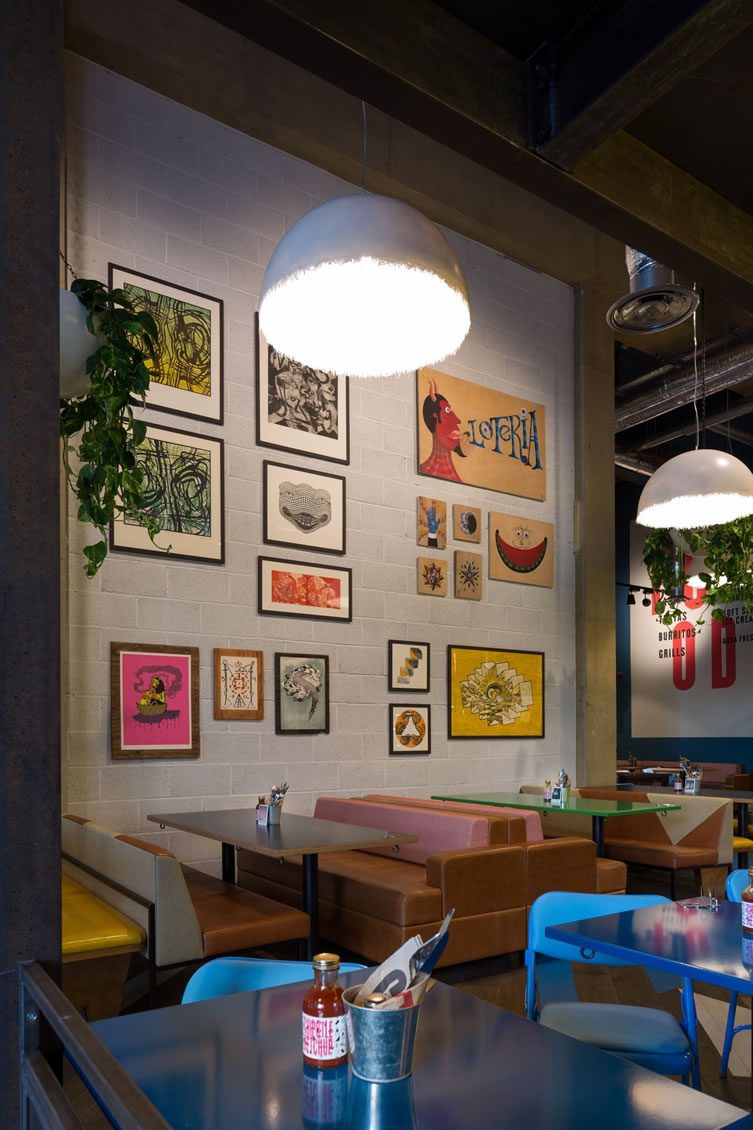 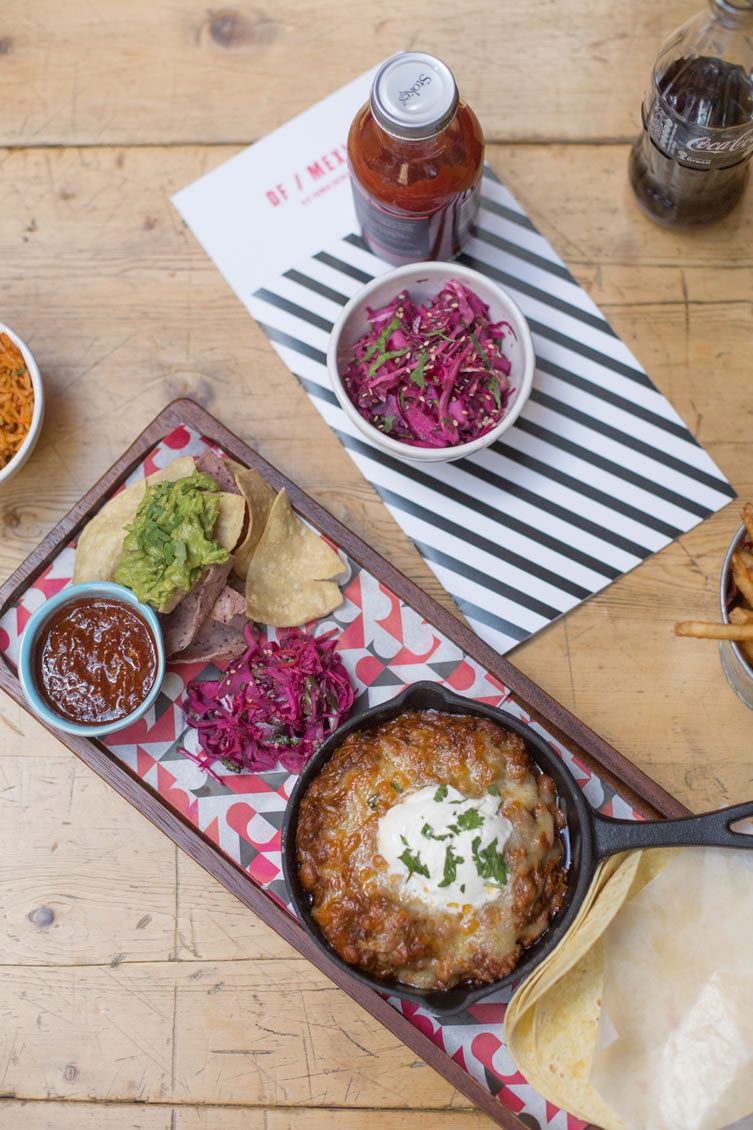 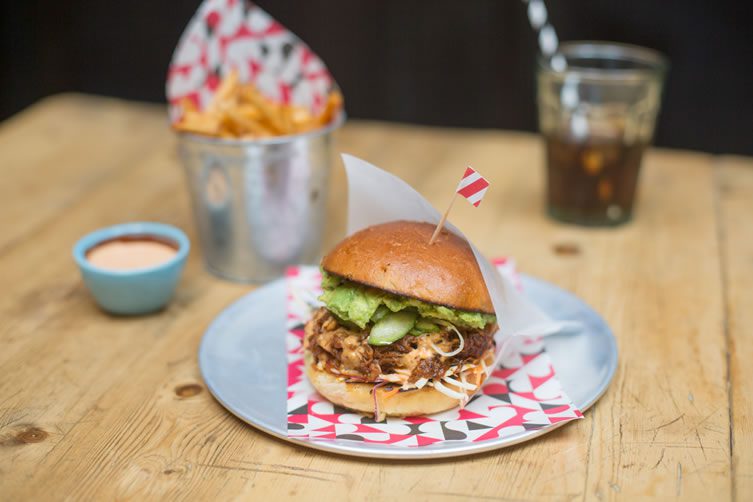 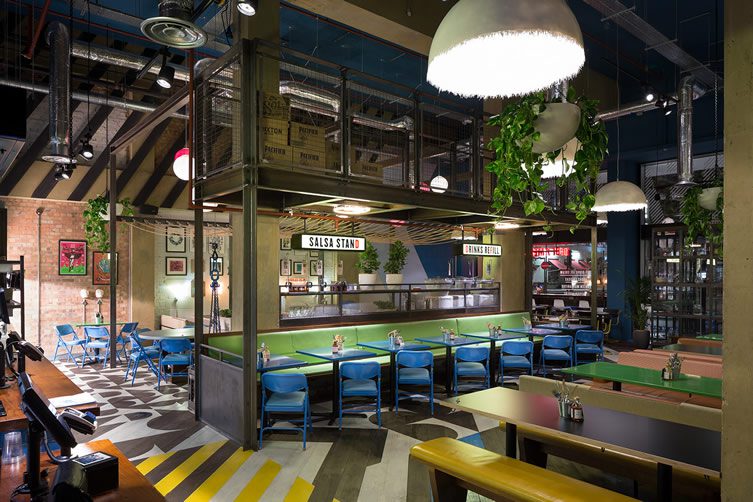 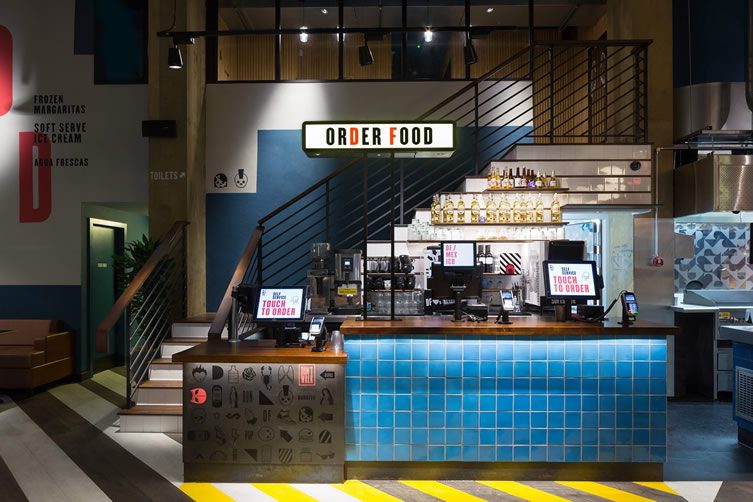 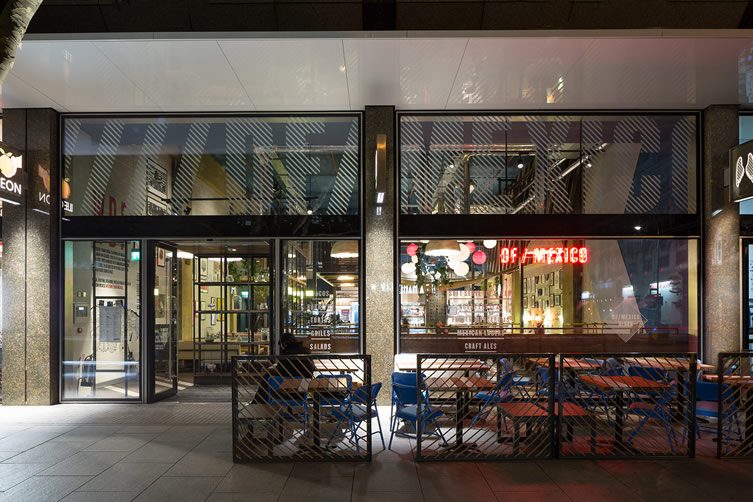 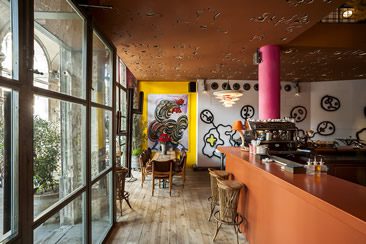 Ocaña DF lights up Barcelona with a retina-scorching explosion of colours and flavours...

You're in Barcelona, so chances are you're already wearing your sunglasses, but it's worth taking an extra pair with you for a visit to the eye-meltingly jazzy restaurant Ocaña DF. Colourful doesn't really do this place justice at all. Located in... 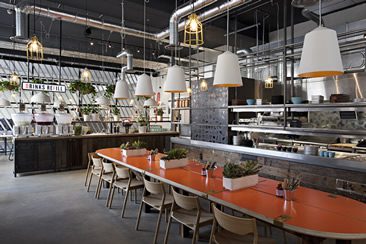 There's nothing like a road trip for sparking ideas and getting the creative juices flowing, and it was on a jaunt through Mexico and the USA that the inspiration struck for this restaurant in Brick Lane, London. The team behind DF/Mexico were... 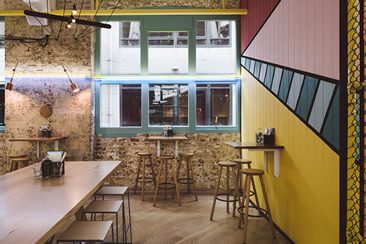 Melbourne Mexican welcomes a further eye-popping addition to the familia...