“I was born clutching pizza”, says Ferris Plock, describing an arrival which must have raised a few eyebrows in the delivery room. The Bay Area artist is without doubt a pizza fanatic, spending inordinate amounts of time eating it, thinking about eating it, and drawing it too. It was only a matter of time before his personal pizza obsession made its way into the public arena, and that time is nigh. 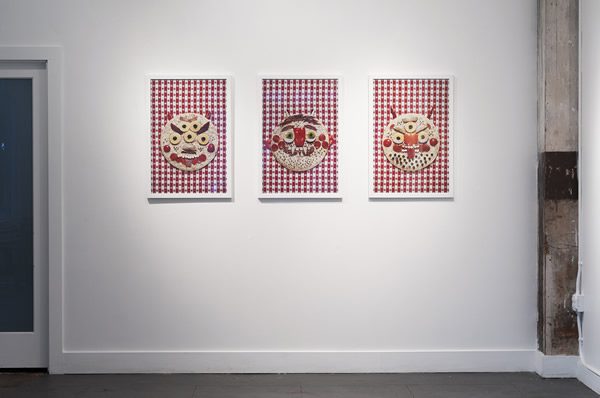 Plock’s Personal Pizza Party lifts the lid on his relationship with everyone’s fast food favourite, introducing viewers to a cast of curiously-topped pizza people and their unlikely adventures.

Inspiration for these escapades must surely have arrived during a post-pizza-cheese-dream slumber. Anything goes at this pizza party weird-out, as Plock moves from darkly-comic scenes picturing cannibalistic slices to a sword fight between two rivals in intricate ceremonial dress. We watch as he invents sci-fi stories in which alien pizza arrives through inter-dimensional portals, and imagines post-apocalyptic zombie pizza roaming the Earth — you name it, Plock has cooked it up. The Personal Pizza Party is being held at One Grand Gallery, Portland, until 28 August. 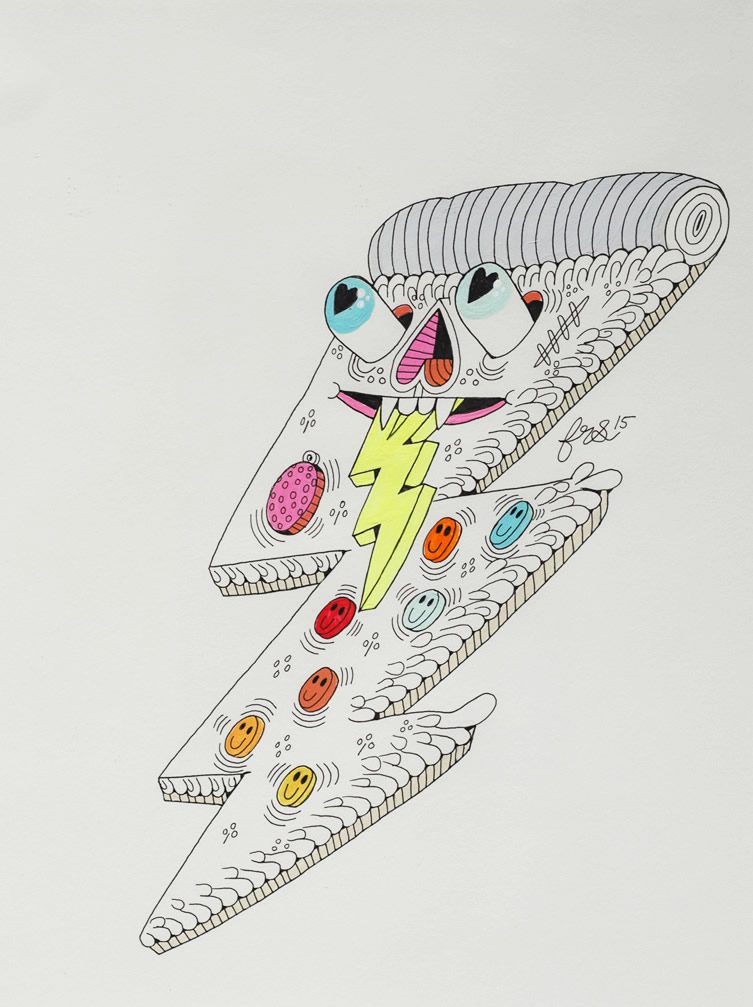 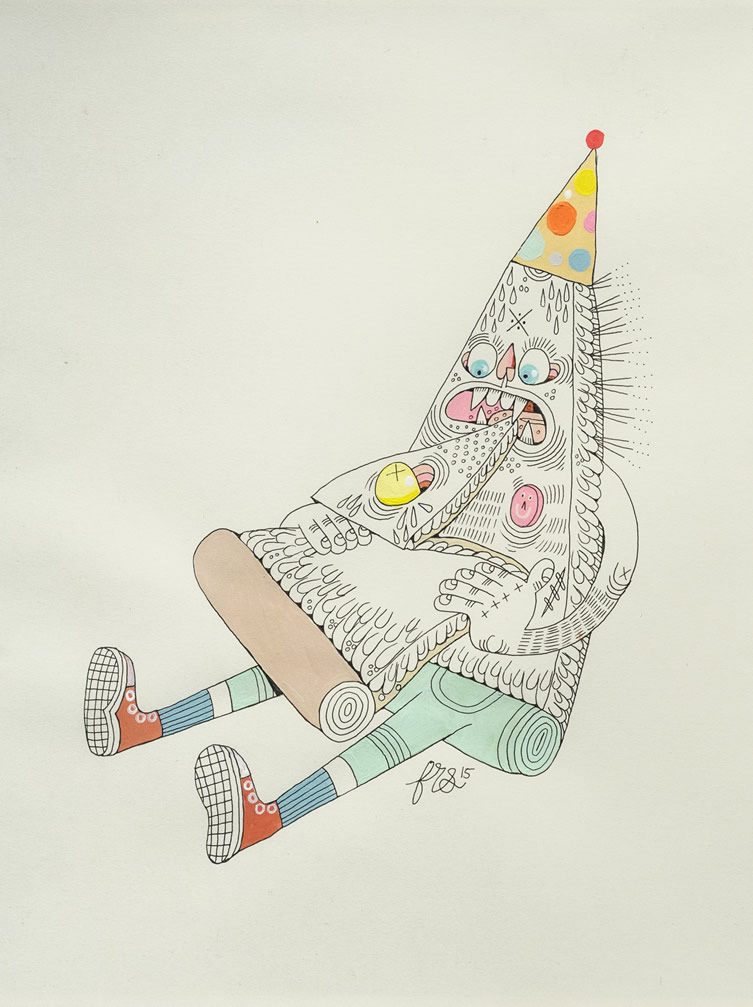 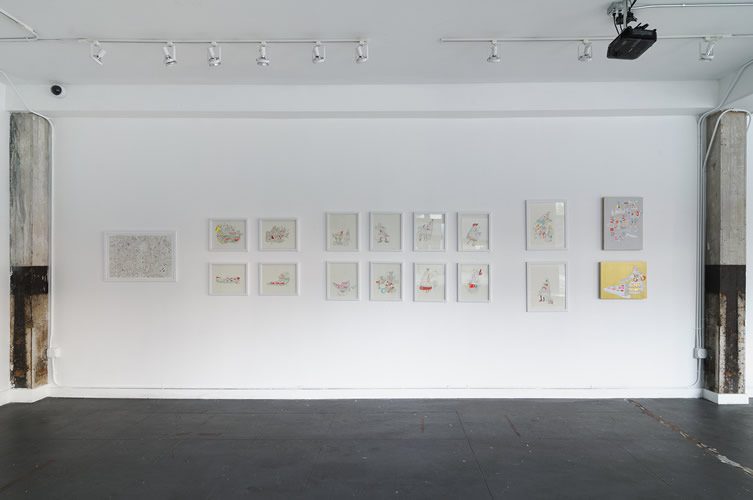 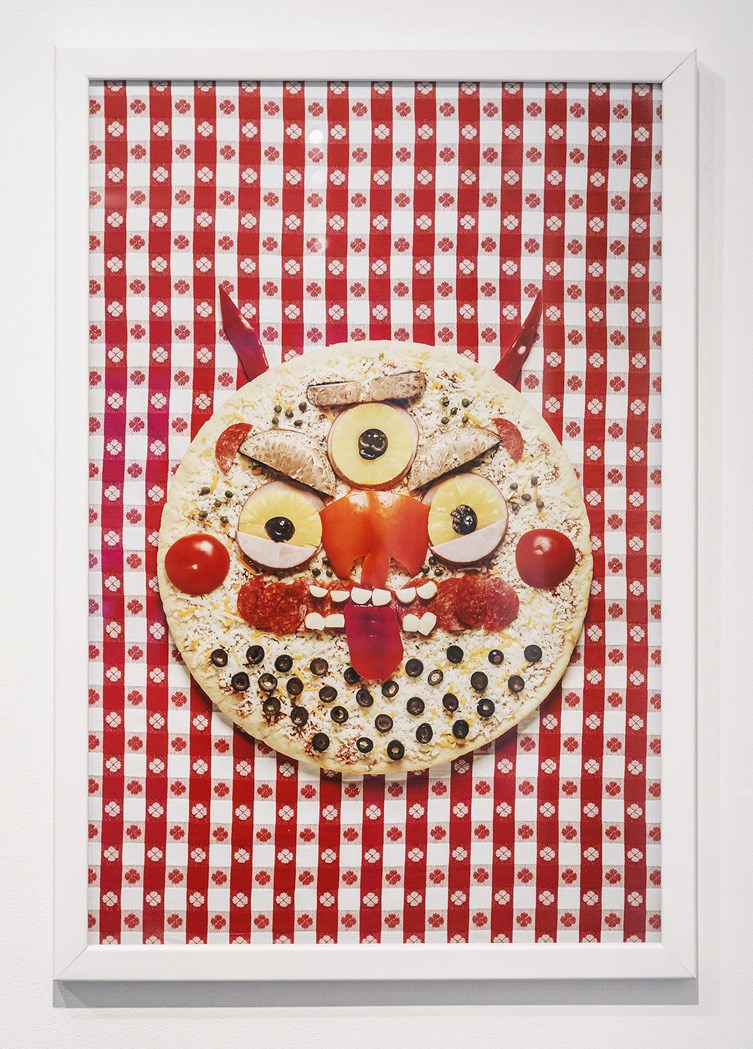 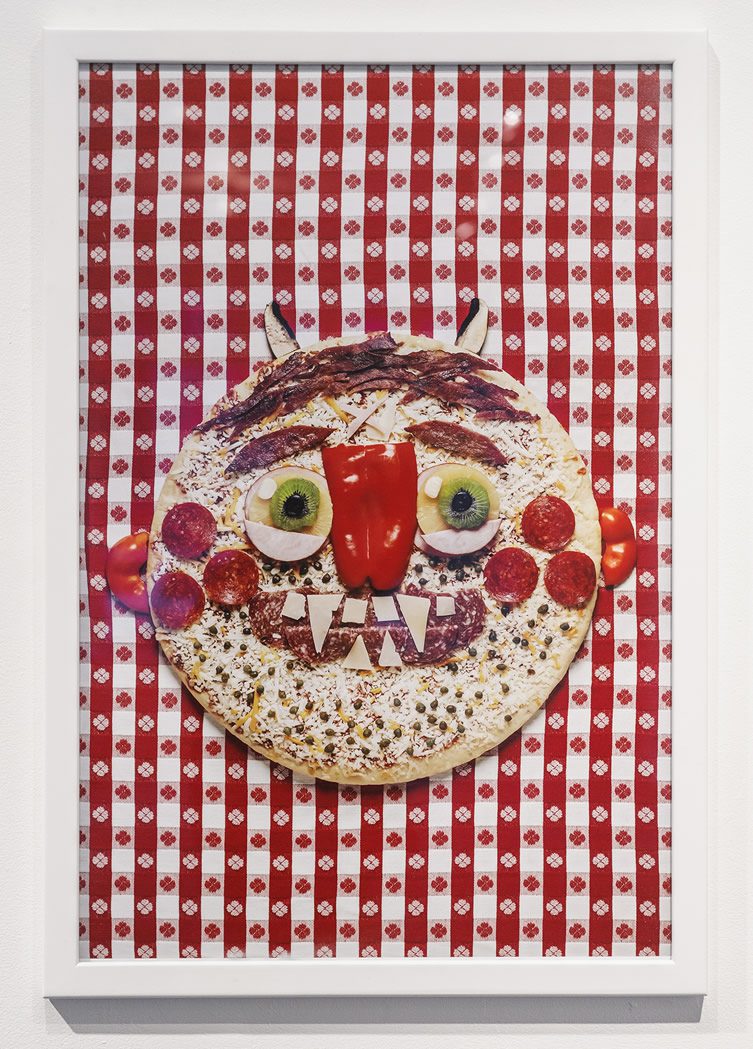 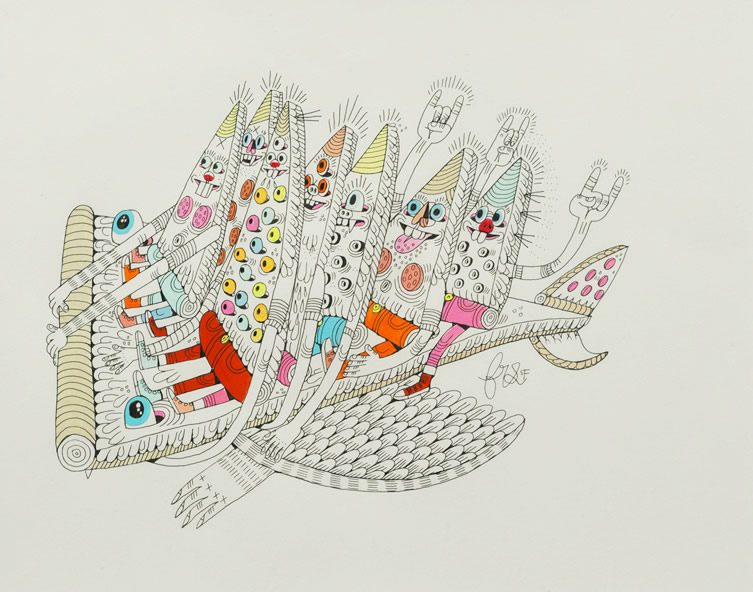 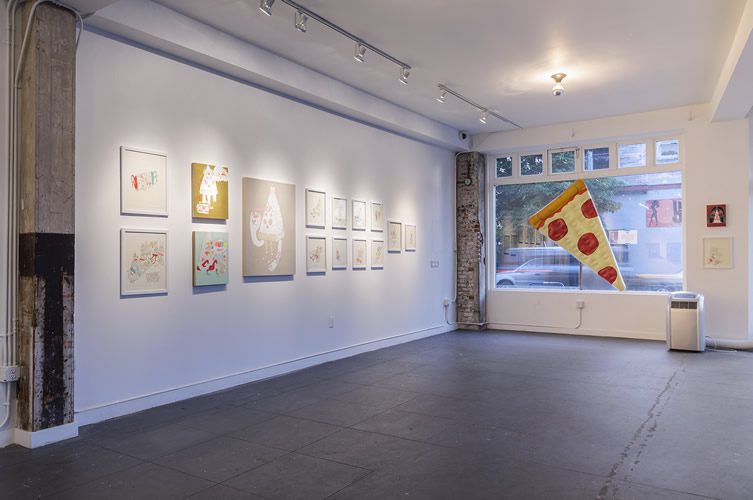 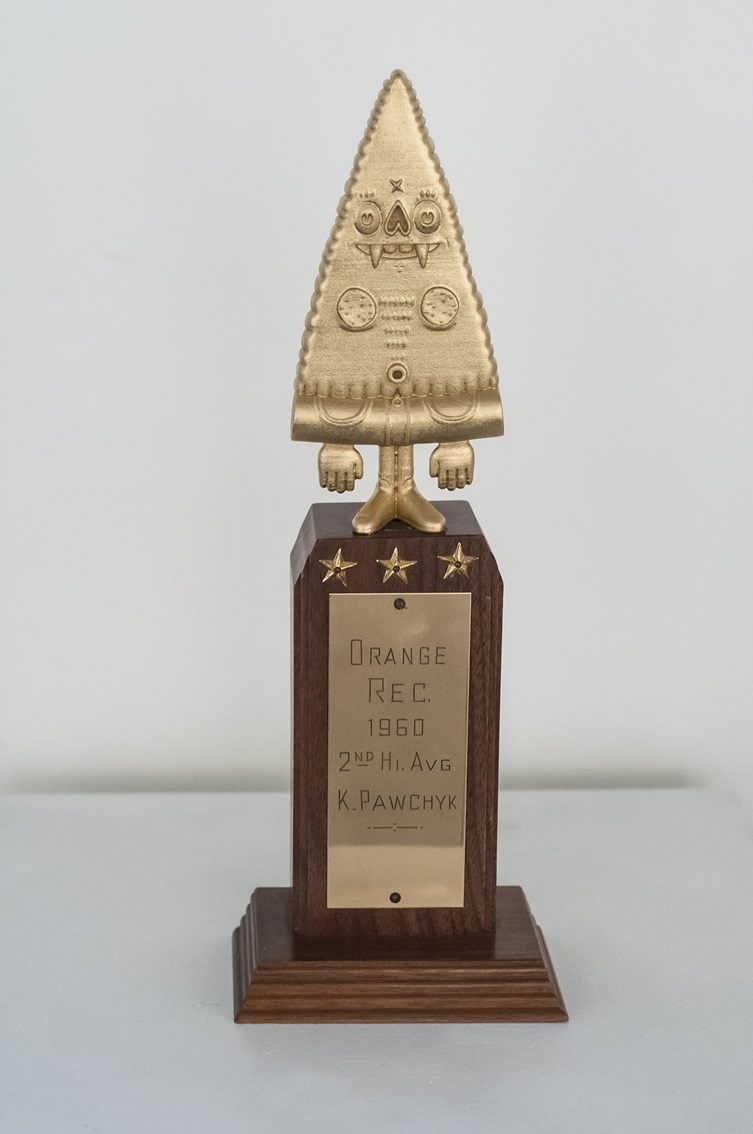 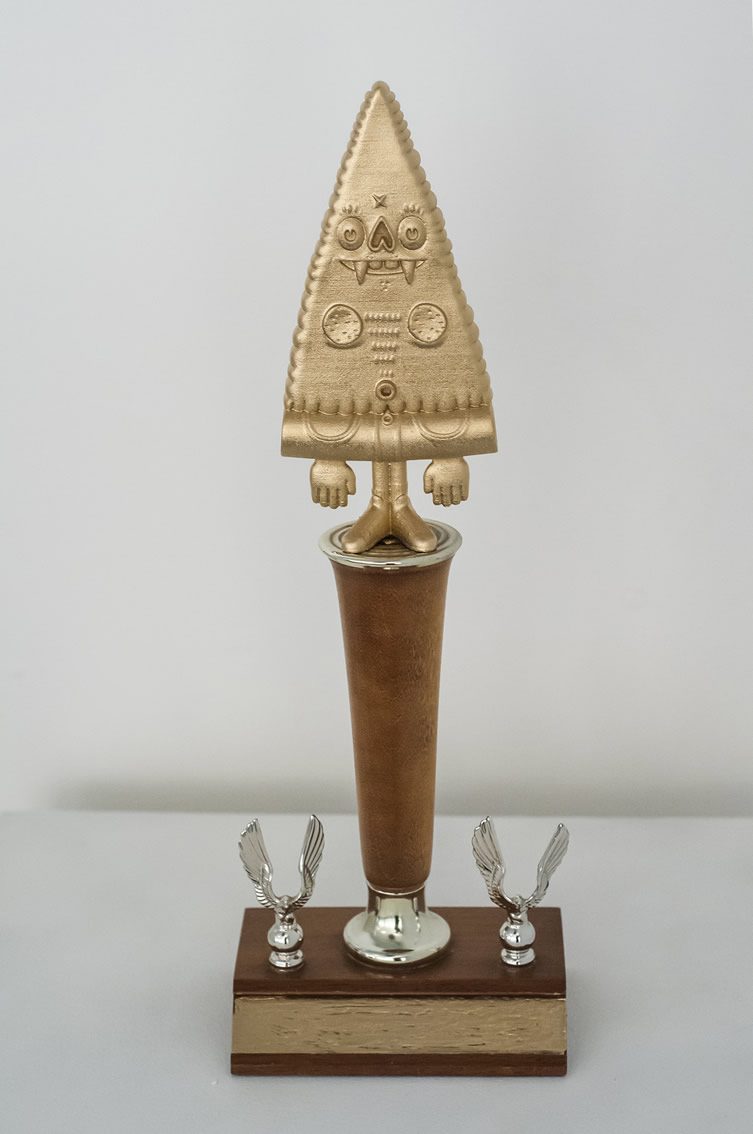 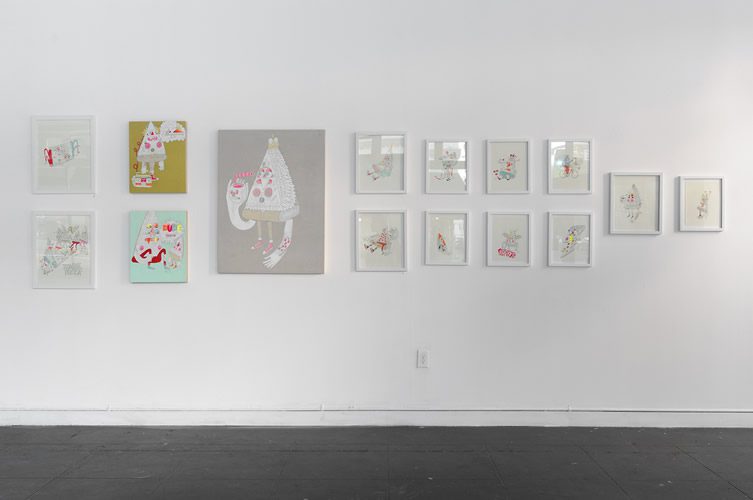 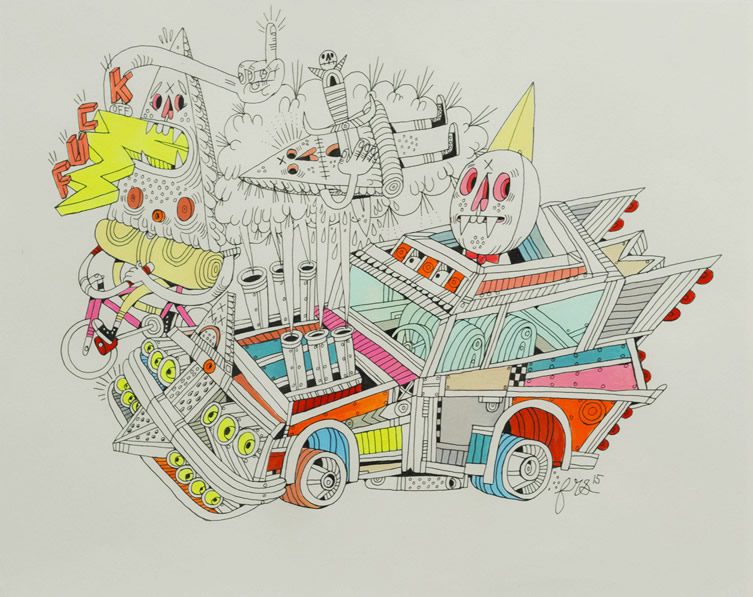 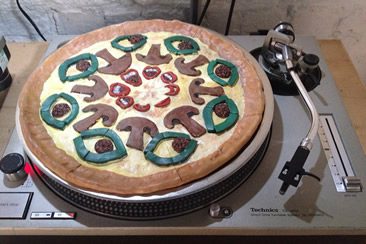 Andrew Salomone's mouth-watering pizza installation at PLY Manchester has us in a spin...

I was always told off whenever I played with my food, but to be honest it was never on the plate for long enough to make so much as a smiley face out of peas. Pizza, in particular, barely had time to touch the plate, so kudos to Andrew Salomone for...

British artist Jon Burgerman has been gracing walls; screens; paper and merchandise with his doodles for over fifteen years. Nottingham-born Burgerman's multitude of characters — entangled in all their silliness — are bursting full of fun;... 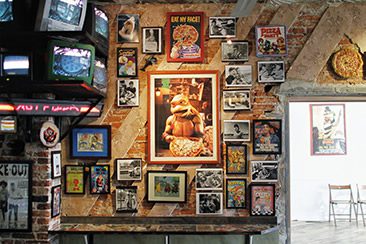 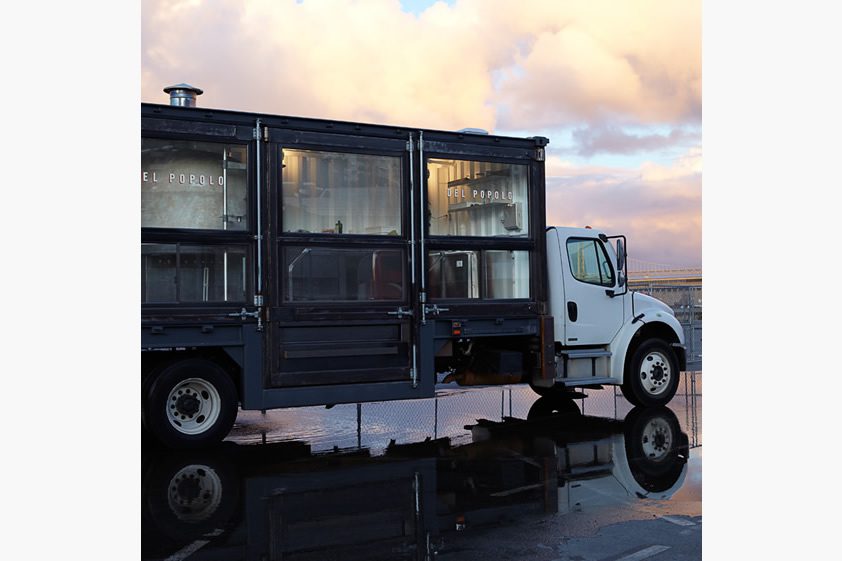 Nothing starts a heated foodie debate like the origins of a truly traditional pizza; some say it’s an American invention, some that it’s Roman or Neopolitan (definitely, positively Neopolitan - Ed.). Thin crust, thick crust, we’re stuffed if...