When life is getting you down, and your Keep Calm and Carry On tea towel just isn’t cutting the mustard, reach instead for the uplifting messages of Jeremyville. The Australian artist has just launched the first book from his Community Service Announcements (CSA) project, which combines an illustrative style influenced by childhood books and cartoons with the adult issues of the modern world. 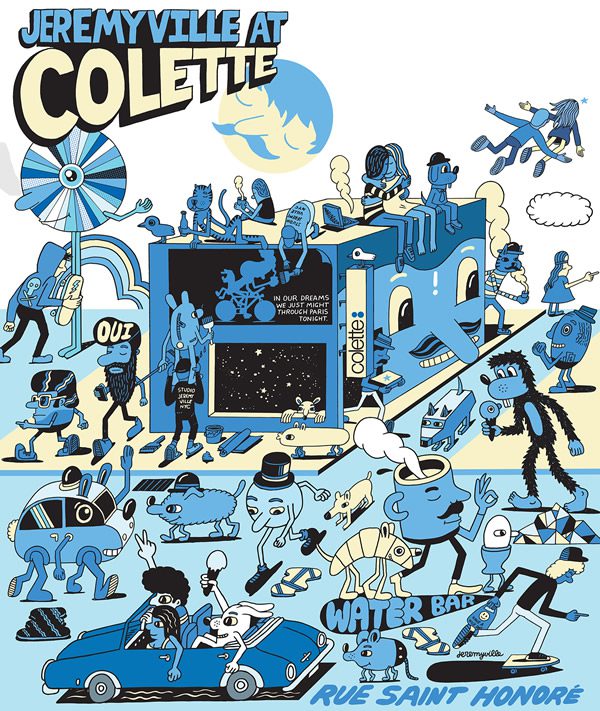 Live Life Sunny Side Up has debuted at colette Paris, along with an ongoing exhibition of artwork from the book and a selection of screenprints, works on paper and brand collaborations. The success of Jeremyville’s CSA endeavour is powered by his social media community, beginning with paste-ups in his adopted home of New York and spreading to cities in Europe and South East Asia and beyond.

“To me, art should have something to say, communicate a message, a feeling, and yes, even try to change the world. I never just try to create a cool or style driven image, to me that’s the least important part of art. It should stand for something, provoke inner thought, and alter the way you see yourself and the world.”

Characters and styles that the artist encountered during his formative years in Bondi, Sydney, continue to make an impression, including Spongebob, the Smurfs and the Mr Men, and his work also bears the legacy of a stint as a newspaper cartoonist. Follow Jeremyville’s simple but sage advice at the colette gallery until 29 August. 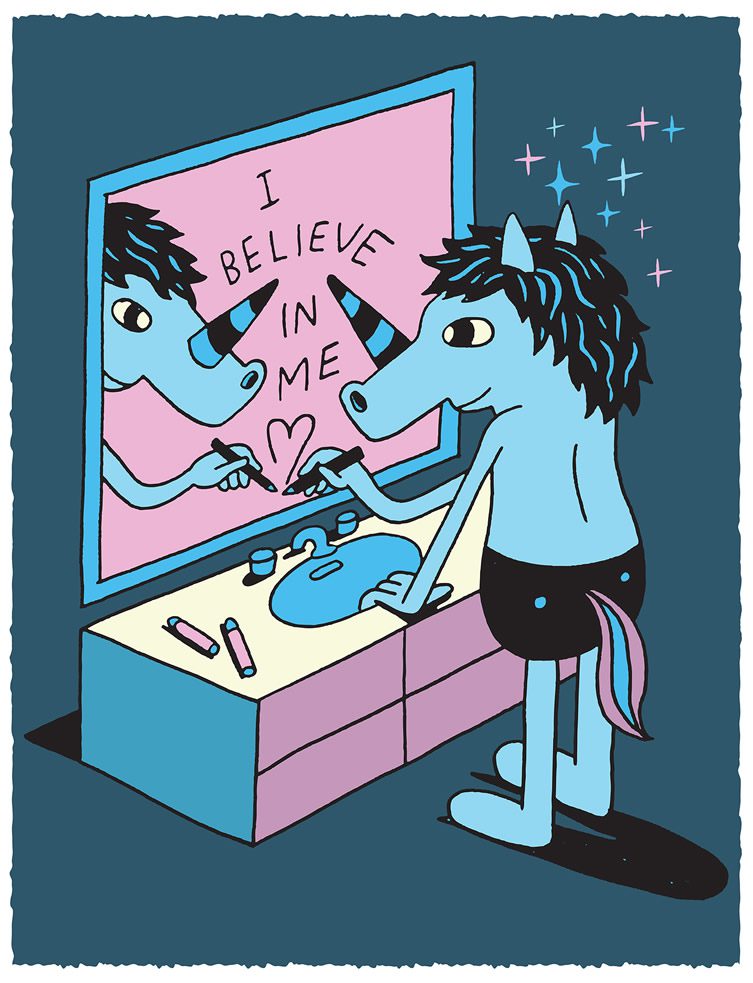 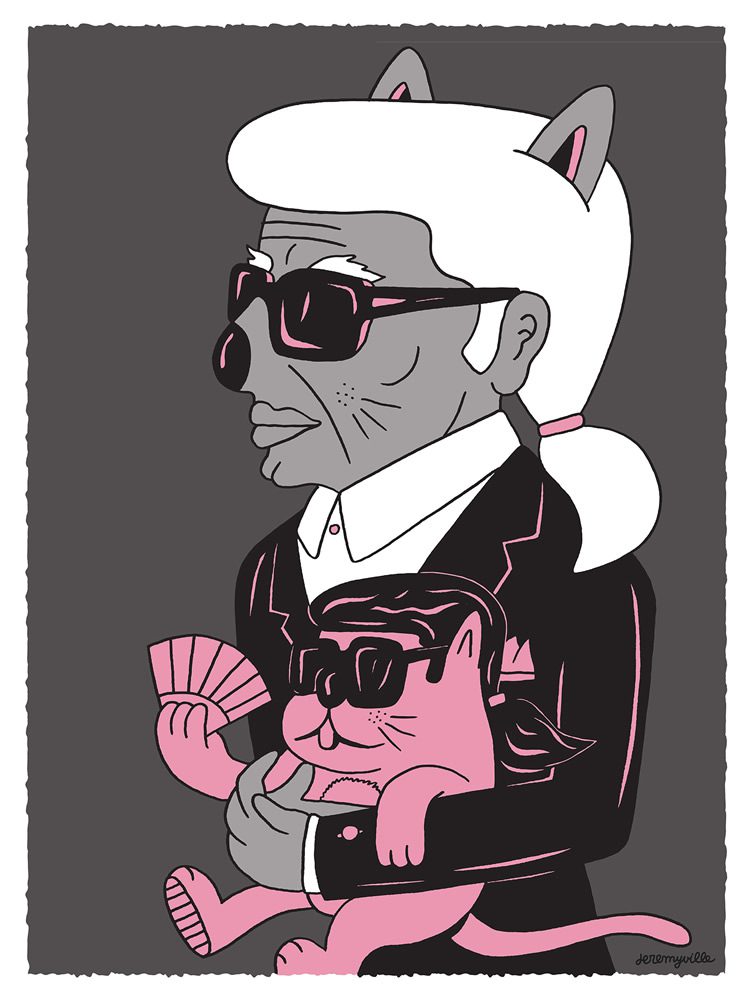 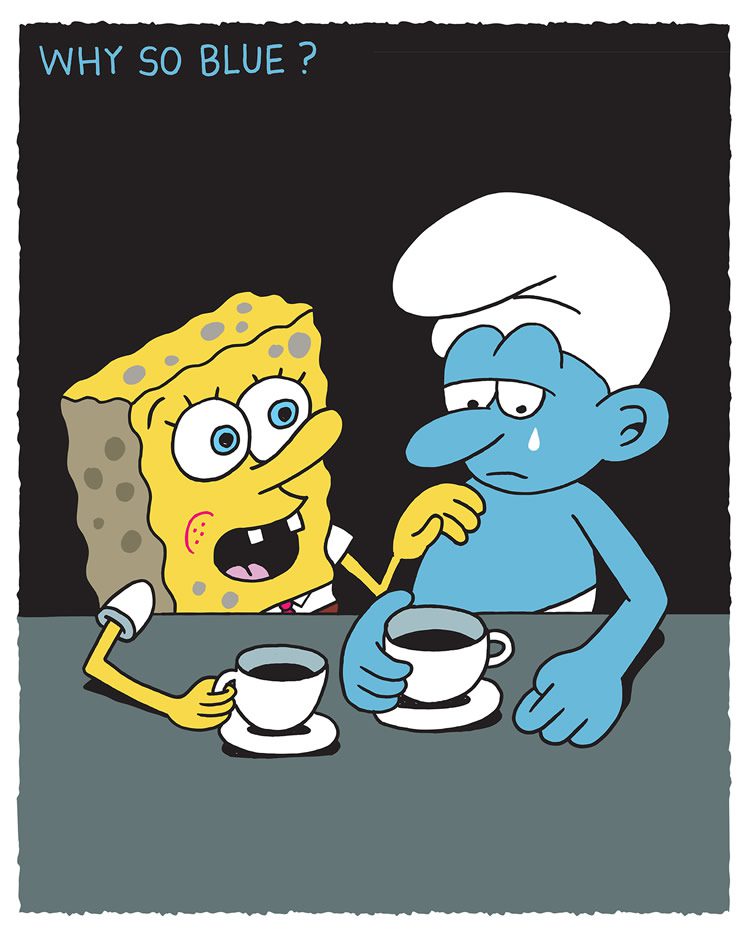 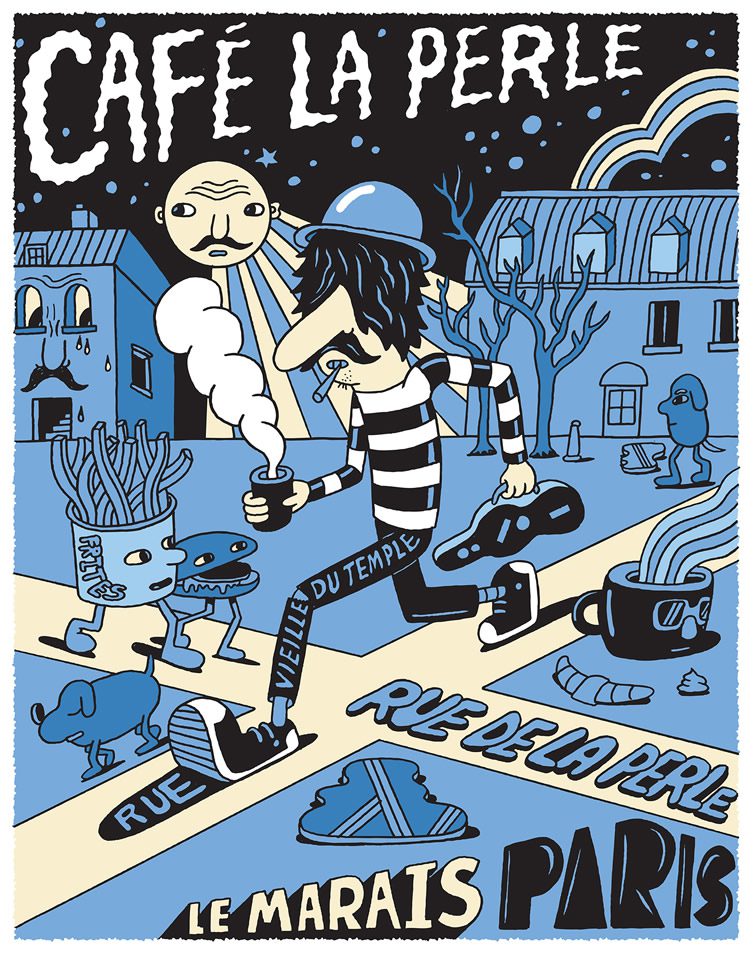 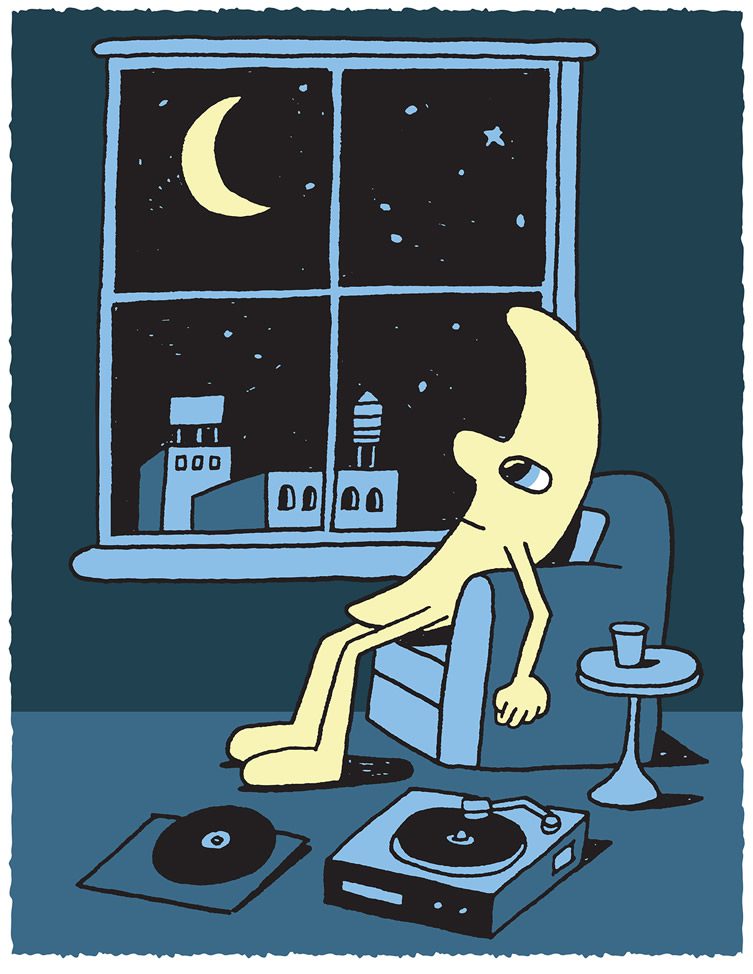 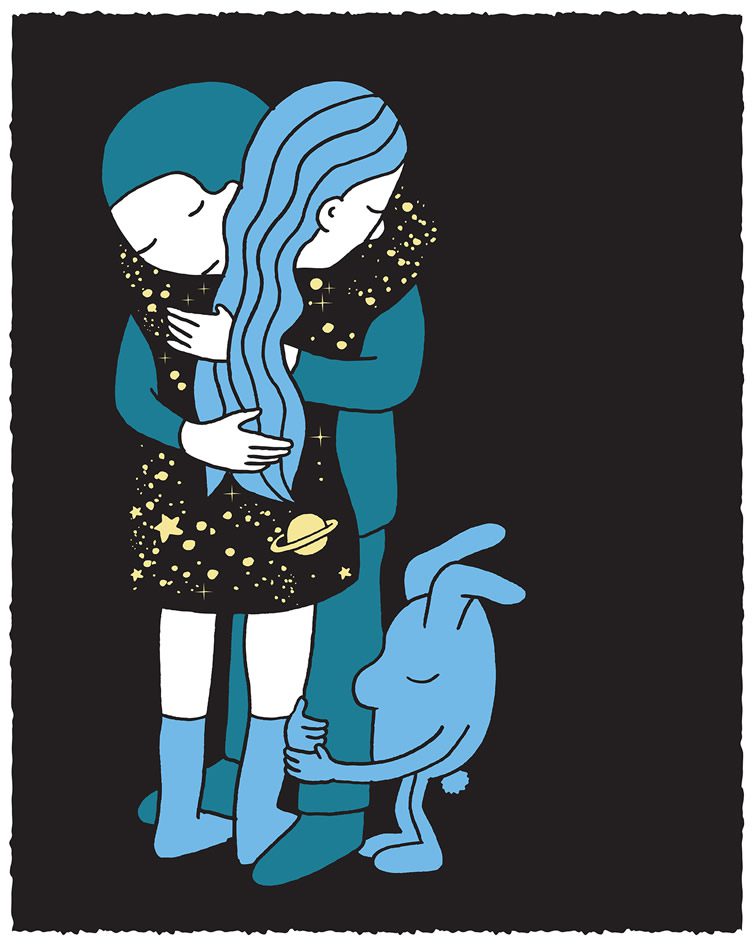 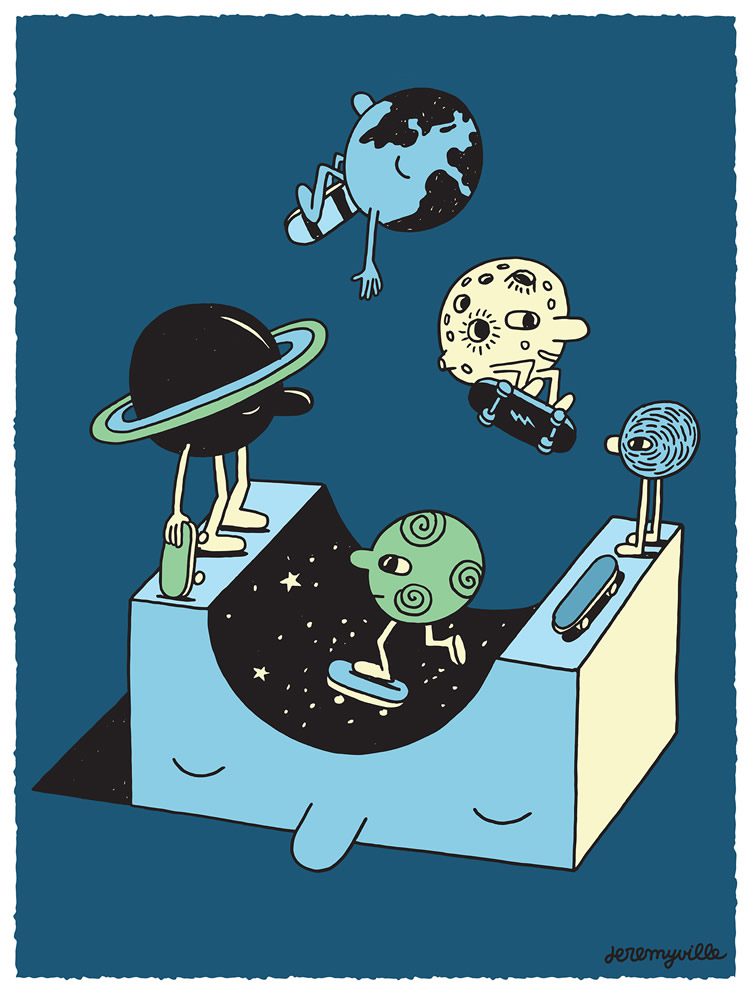 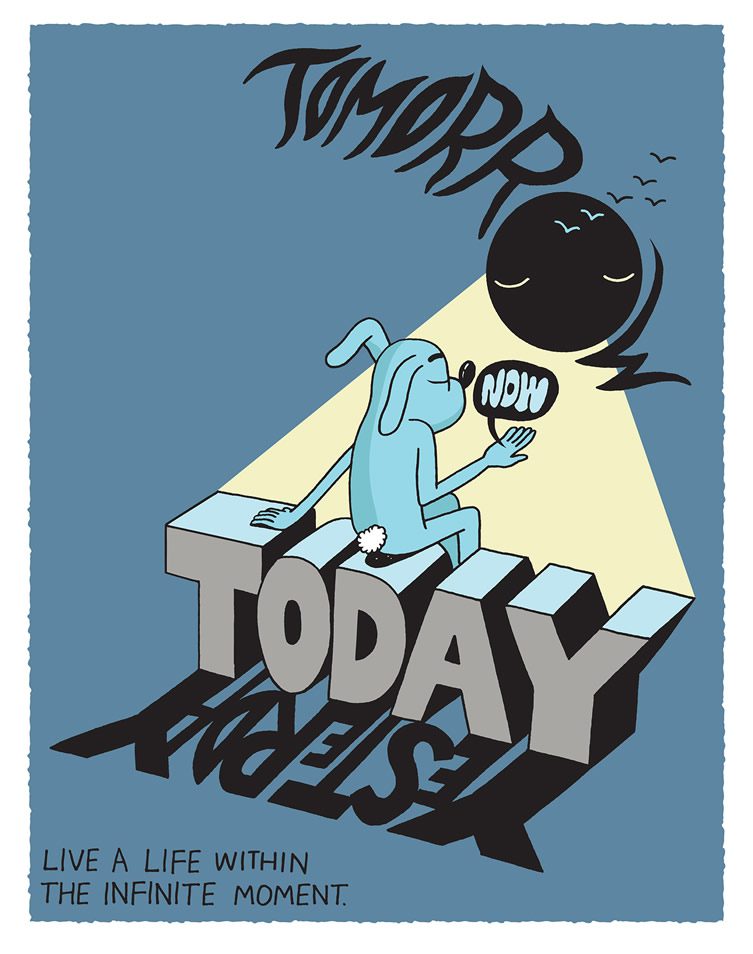 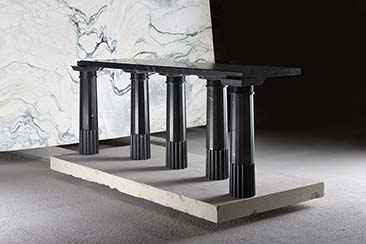