California was booming at the turn of the 20th Century thanks to improved transport links with the rest of the country and soil that, once irrigated, proved exceptionally fertile for agriculture. Developers went to town, and among them was the visionary Abbot Kinney, whose 1905 plan to recreate the canals and bridges of Venice in Los Angeles ranks among the most ambitious plans of the time. Fast forward more than a century and we’re swapping L.A. for Adelaide, South Australia, where chef Jonny Pisanelli has set up a café in tribute to Kinney revolving around a more traditional Italian import. 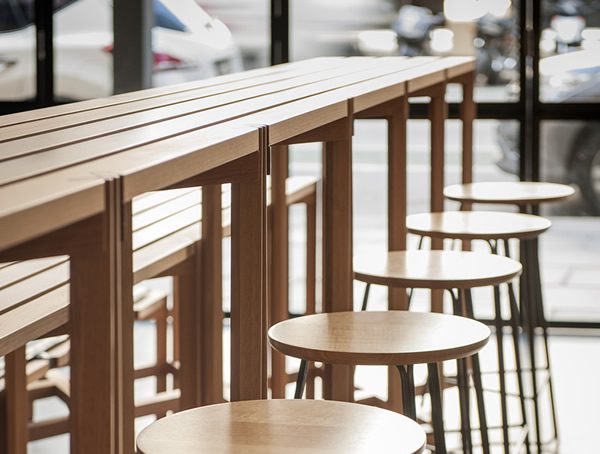 Pisanelli’s place, called Abbots and Kinney, specialises in Italian coffee and the pâtissier’s own sweet creations such as his signature sfogliatelle. The interior was put together by Studio Gram, in collaboration with Crafty Designs‘ Dave Lawson and architect Alex Hall, who have kept things brilliantly simple.

A large white tree mural set against a huge swathe of black illustrates the link between the Italian city of Venice, the LA reproduction and the Adelaide business. A diagonal sliver of bare concrete flooring separates the inky right hand side from the timber clad left, which is a triumph of bespoke joinery. The central dining set-up cleverly arranges three tiers of wood to create a split-level table that also gives the impression of sports stadium terracing facing the room’s graphic focal point. 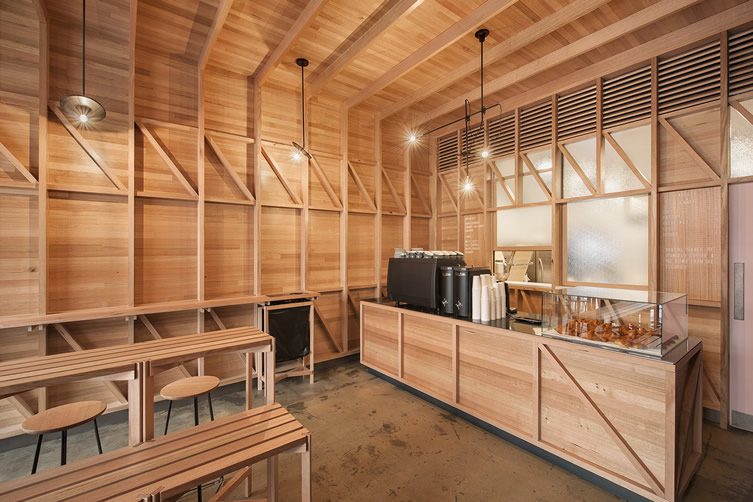 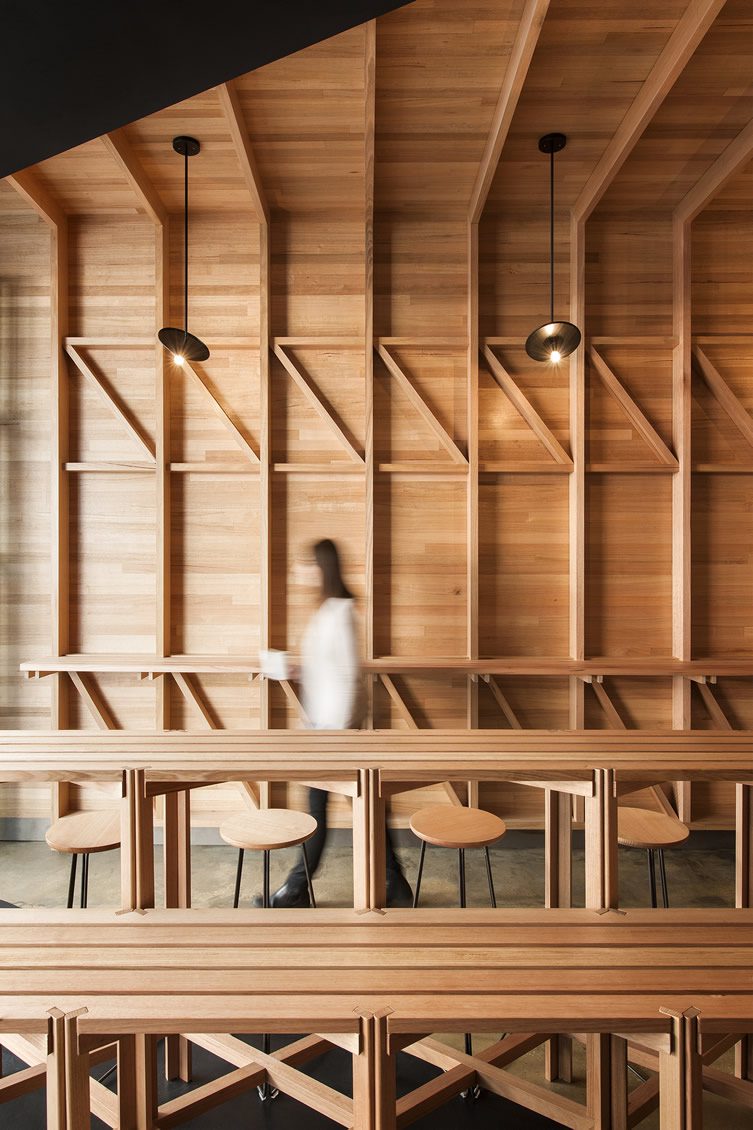 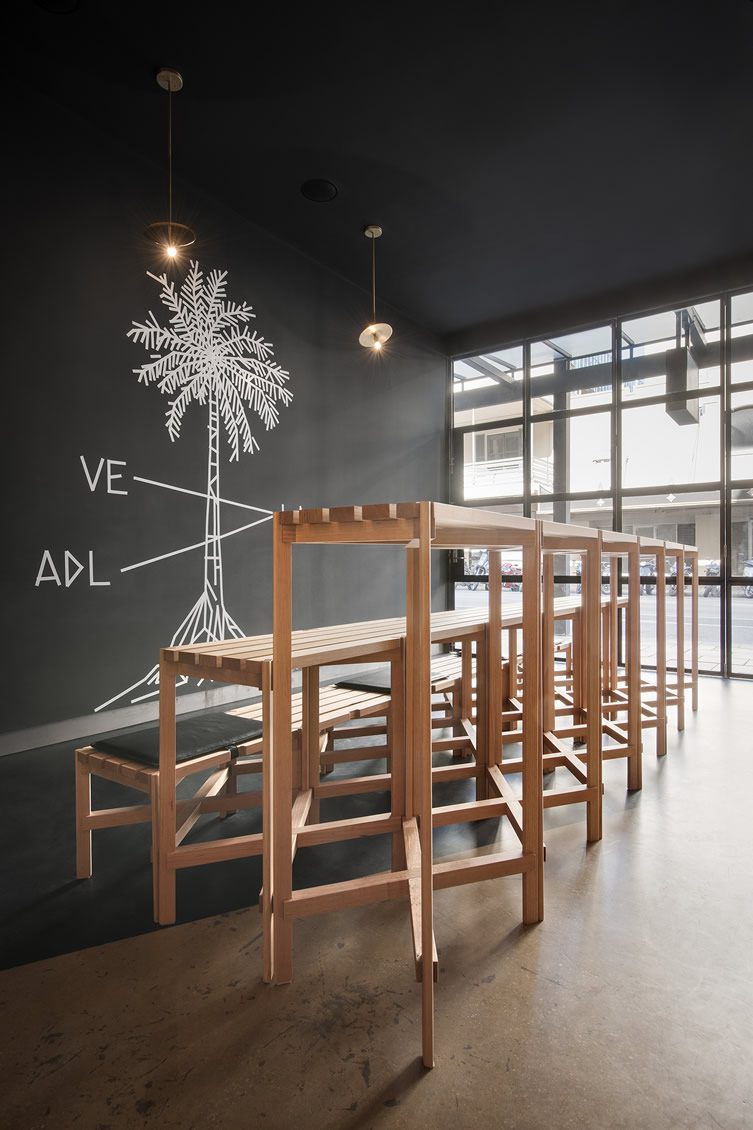 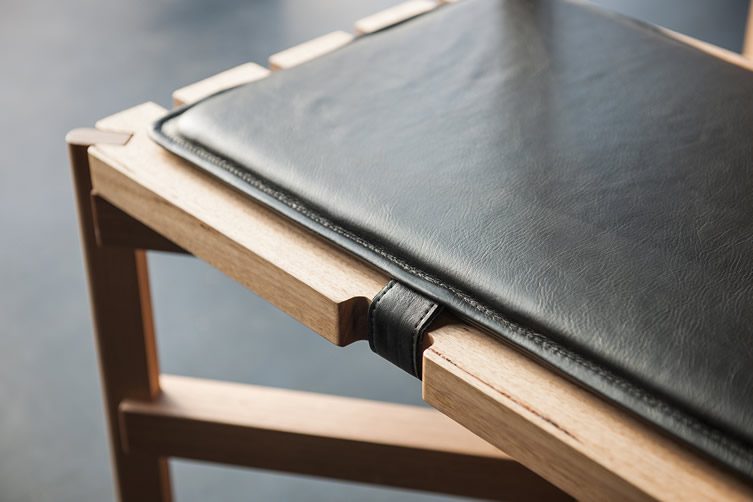 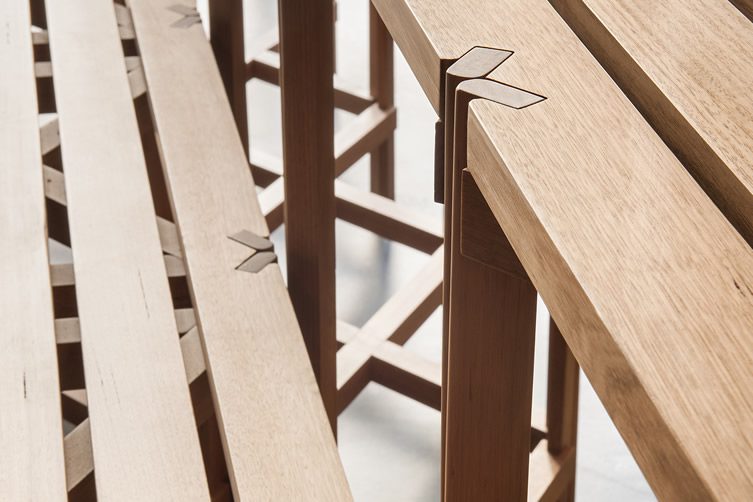 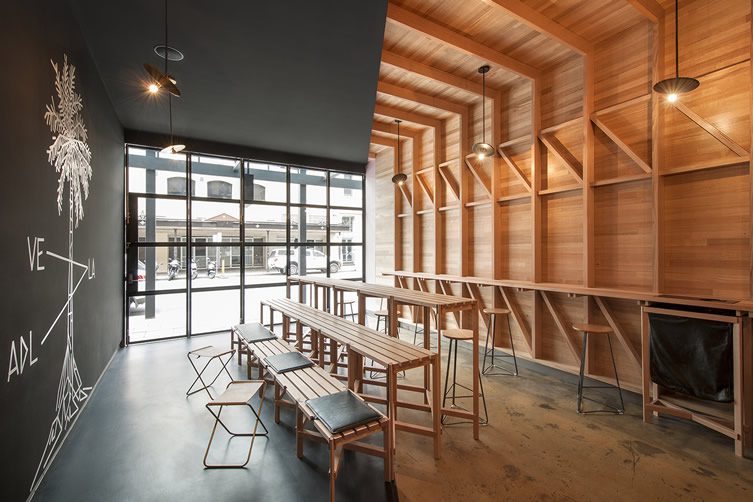 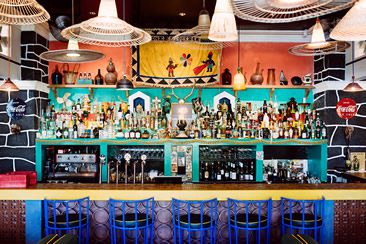 Africola puts some fizz into the Adelaide dining scene with an exotic pan-continental menu...

They don't half do some strange things with their food in Africa if Duncan Welgemoed's Africola menu is anything to go by, but with an Adelaide Chef of the Year gong on the mantelpiece, we're willing to give them a good go in the spirit of... 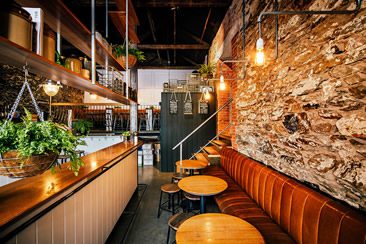 When Clever Little Tailor owners Crispian Fielke, Josh Baker and Dana Whyte sat down with Xtra Shiny Design's Adam Johnson to discuss what kind of place they wanted this Adelaide watering hole to be, a simple vision was formed which shaped the... 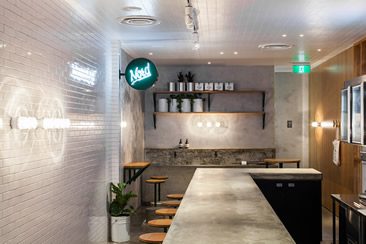 Adelaide outlet Nordburger is a New York style diner with a difference...

Nordburger designer collaborators Genesin Studio and Peter Jay Deering were tasked with producing a burger joint that didn't look like your typical diner, so it was out with the Formica table tops and booth banquettes, and in with an altogether more... 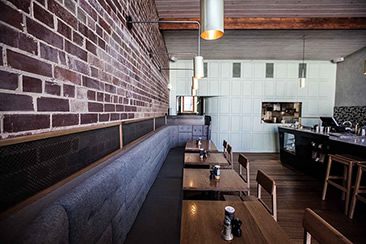 Coffee bar is a perfect blend of farmhouse and factory...

Marrying French pastoral with Melbourne industrial aesthetics, Fifty Acres in the city's Richmond suburb has been devoted to providing an oasis of calm among the bustle of shoppers and match-day footy fans. We'll take a punt that the actual area of...