If you’ve travelled in Asia, or even had a good look around your city’s Chinatown, then chances are you’ll have come across bao in some form or another. A bao is a pillowy dough bun that is steamed rather than baked, and filled with all manner of deliciousness from char siu pork to lotus seed paste; regional variations include size as well as filling. Supposedly invented by a military scholar form the 3rd Century AD, their sealed construction made them ideal for carrying around, and now modern interpretations have taken up the Western characteristics of open sandwiches, creating an even more visually appetising prospect.

The contemporary Taiwanese versions at BAO in London’s Soho have certainly captured the imaginations of some of the capital’s top food critics, with the likes of AA Gil and Giles Coren reporting enthusiastically on their merits since the venue opened in April this year. Erchen Chang, Wa-Ting and Shing Tat Chung are the triumvirate behind the scenes. Shing, who holds an MFA from the Royal College of Art, collaborated with architects Royffe/Flynn on the compact space on Lexington Street. Like the buns, it’s all wonderfully simple. A ceramic tiled floor unites two distinct areas, with a fit-out of attractive wooden panelling to the rear and a lighter counter-bar arrangement up front. Erchen’s influence can be seen in the line-drawn logo that I’m arbitrarily dubbing “man scoffs bao” and the restaurant’s tote bag designs. 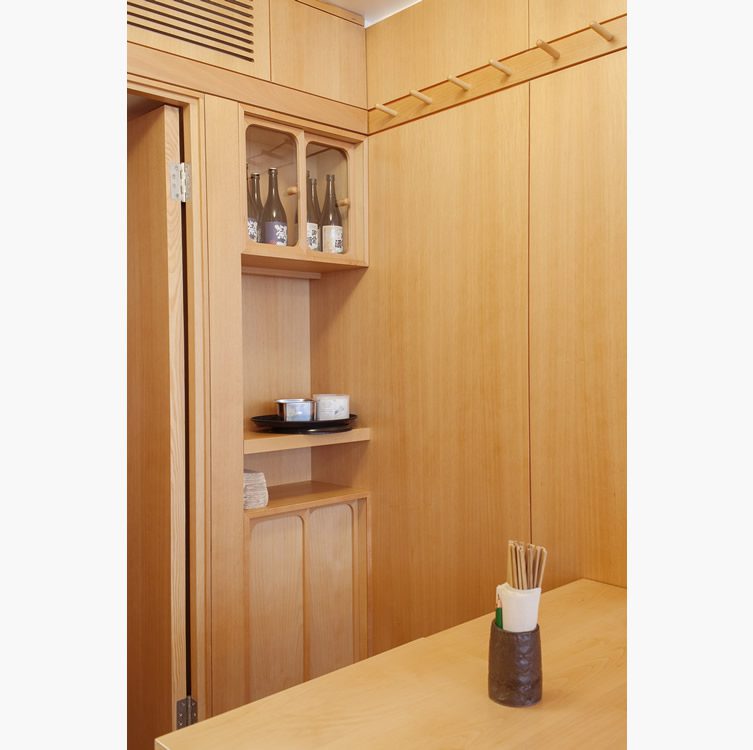 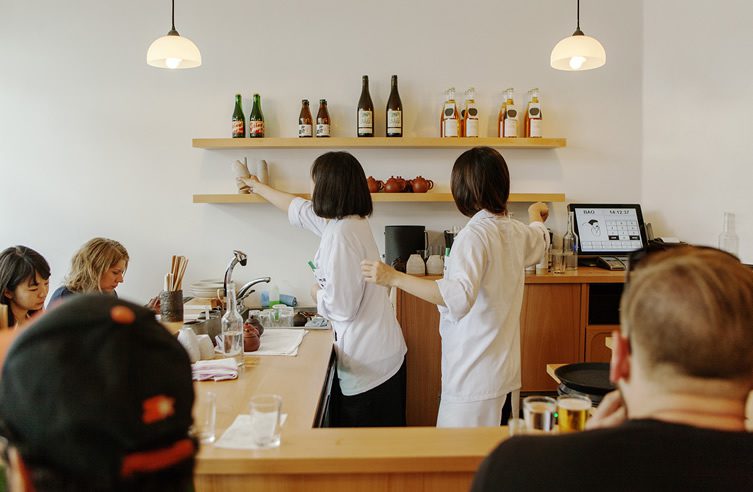 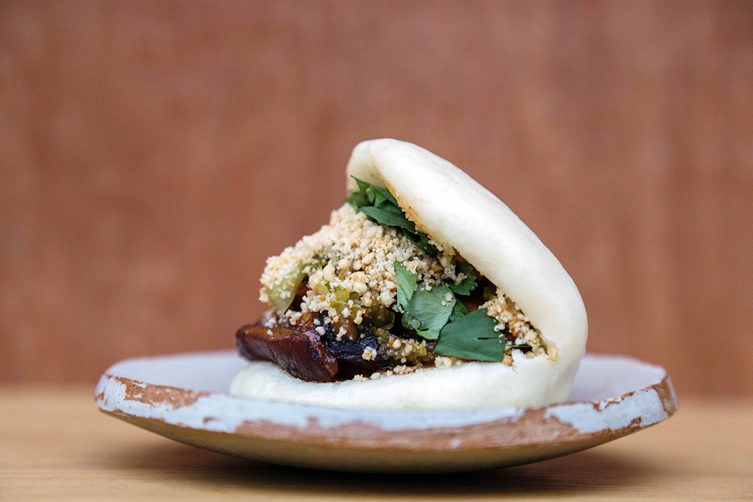 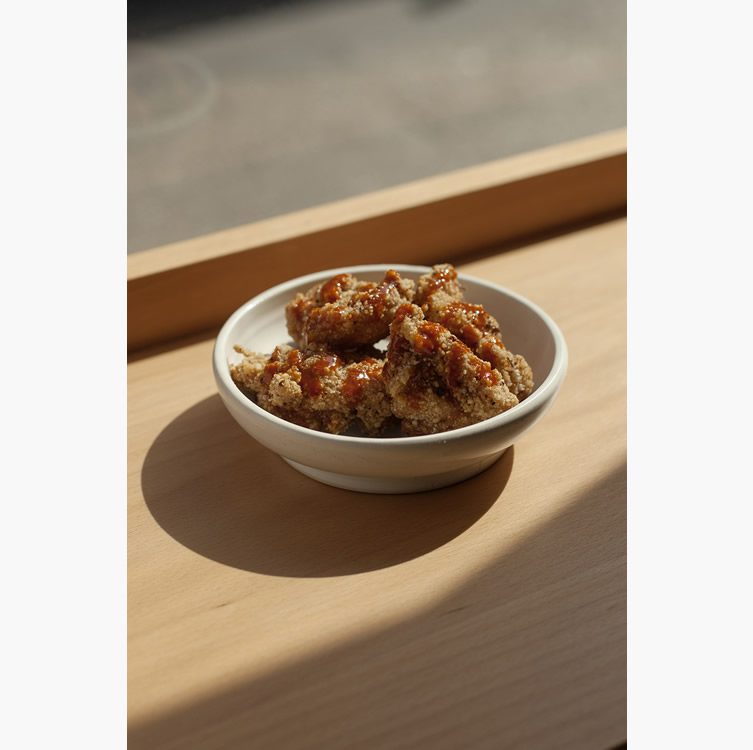 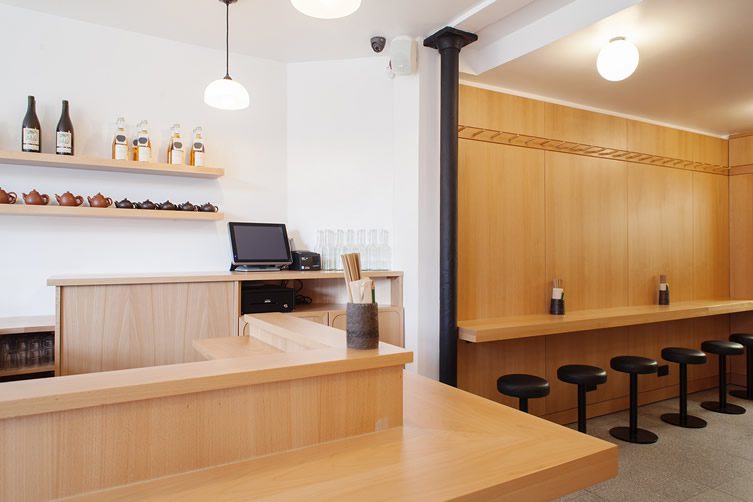 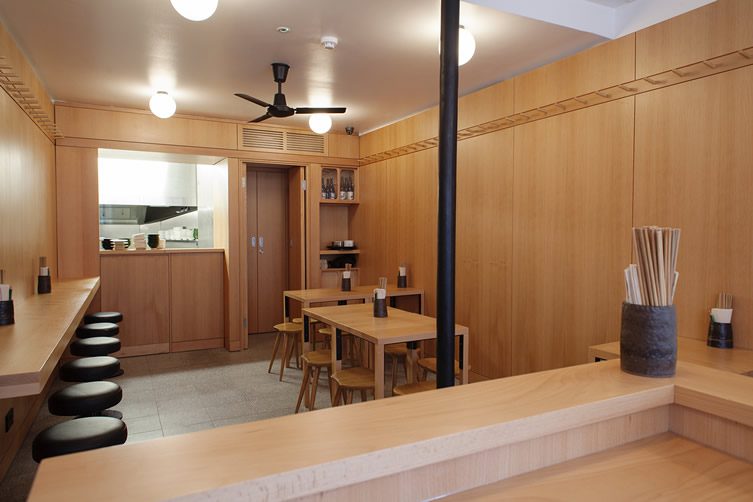 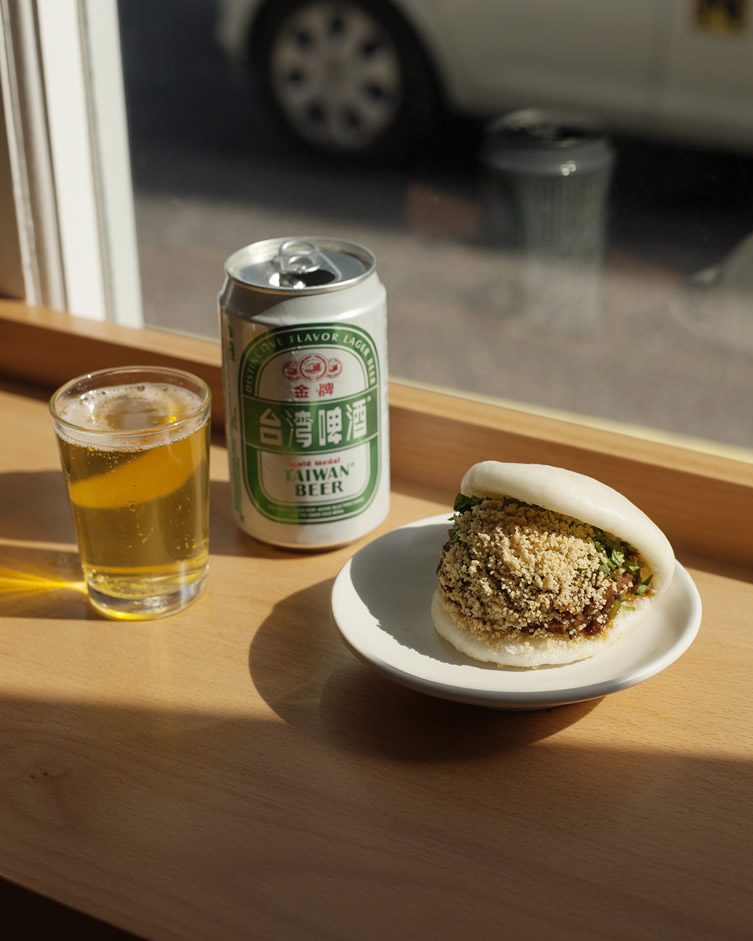 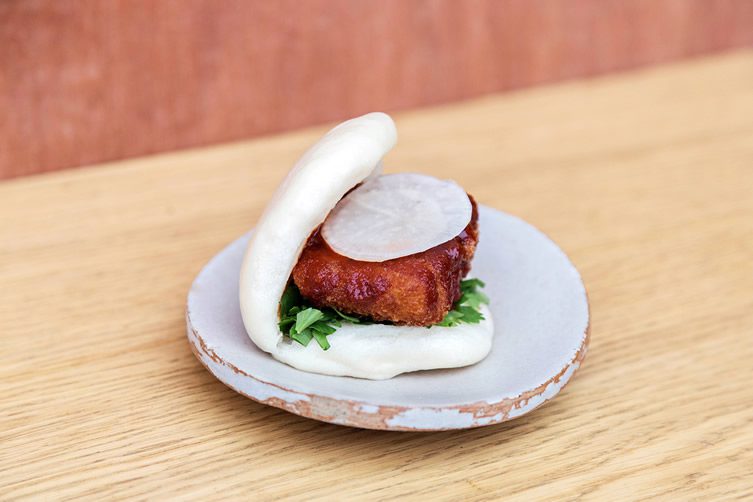 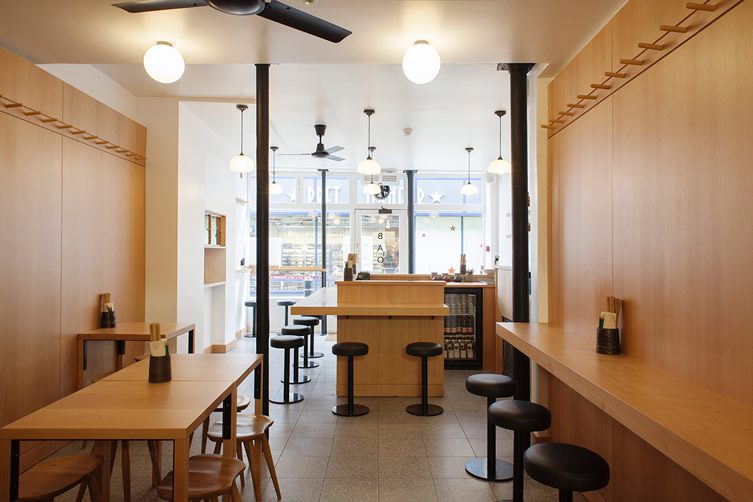 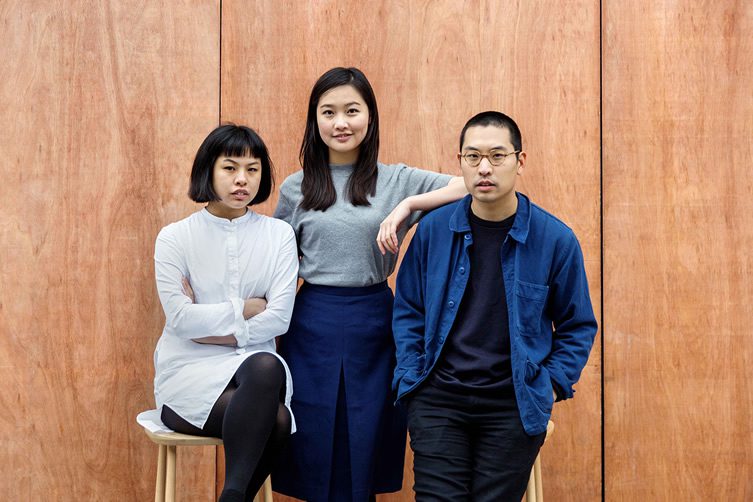 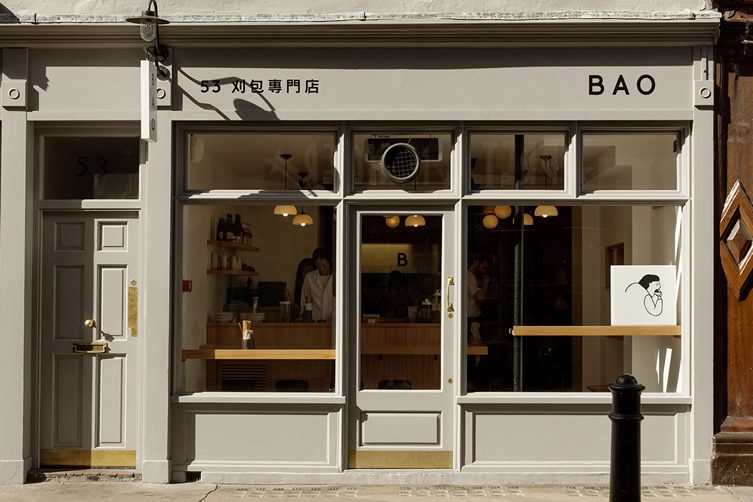